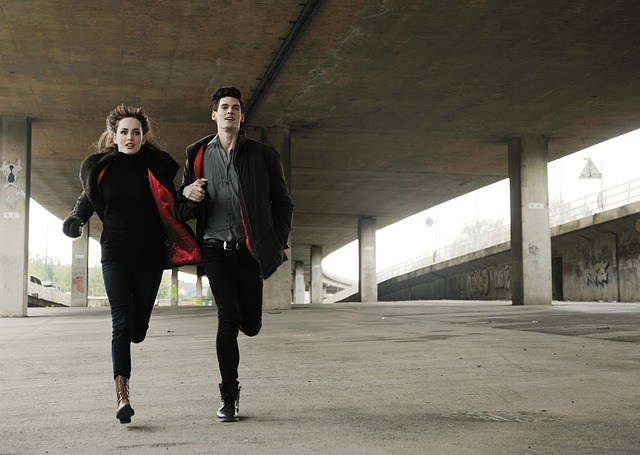 Andrew was a young, caring, handsome and rich, a master of most sport which includes swimming. And Jasmine was also a passionate and rich girl. While in secondary school,they both had a crush on each other. They both also had some friends, Roxy was Jasmine's friend while Adam was Andrew's friend.

Their love life was going smoothly but it was for a little time. Andrew's parent didn't want him to marry Jasmine so they called him one day to tell him about it. Andrew was really disappointed. He begged them but to no avail.

Jasmine's parent also didn't want their child to marry Andrew. Jasmine was also really disappointed. Jasmine begged her mom and dad but they turned deaf ears to all her pleas. She thought of meeting Andrew to tell him, but she got a message from him telling her to meet him in a restaurant. She went there immediately and he told her that his parents arranged a marriage with another lady for him. She also told him about hers also, and they decided to elope to another country. But, their parents won't give them the blessings they need which is important to them.

On a night by 8:000 ,Andrew took Jasmine to the airport. While they were on the way, their parents sent some guards to capture them. Andrew sighted them from his bike,he increased his speed but unfortunately,they were also fast. The guards told them to stop but they didn't answer so the guards started firing tranquilizers at them. Andrew and jasmine kept dodging the tranquilizers.

While dodging the tranquilizers,one of them met Jasmine and she started feeling dizzy,another met Andrew and also felt dizzy. He held the dizziness till they reach the bridge.

While going on the bridge,Andrew and Jasmine became paralyzed. The bike fell down with them on it and suddenly Andrew fell off the bridge. Jasmine shouted and told the guards to help but they only cared about taking her back, Andrew's parent guards also left.

Being a master in swimming,Andrew tried to swim out of the river and at last he got out. He found a small and abandoned house and immediately he went in. Everything in the room was dusty and old fashioned. He took off his wet cloths and wore the ones he saw in the house. He set out back to take Jasmine. Meanwhile, his parent regretted their actions and accepted them but it was too late, because they thought Andrew was dead.

Andrew went back to his parents and they were shocked on seeing him. They told him they have accepted his love for Jasmine. He thanked them and later got married to her. And they lived happily ever after.