@hitmeasap 75
over 1 year ago
LeoFinance 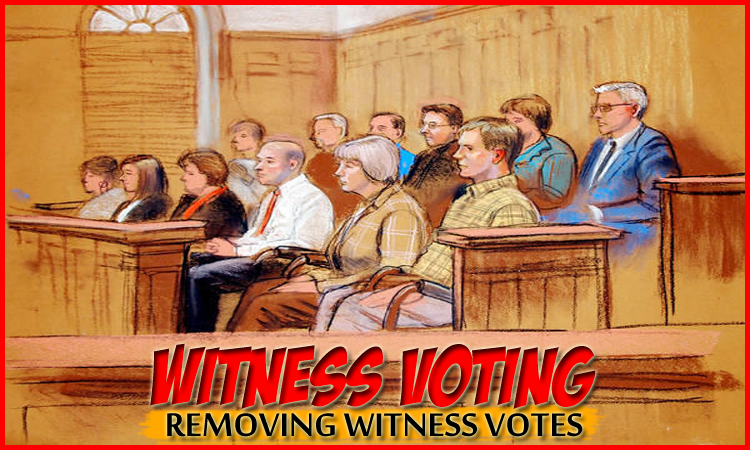 It should be crystal clear to most people that LeoFinance.io is a beast and that things we have seen, especially during these last few months, has generated a lot of buzz and hype for Hive in general. With tremendous work ethic, LeoFinance delivers one amazing change or update after another. They care about- listens to- and work with the community as they (we) move towards the future with niche oriented communities that have real impact, and that has the potential to change lives.

What we have seen might be just the tip of the iceberg for what Hive can handle, but LeoFinance paves the way for everyone. That should be an undeniable fact by now. Yet, we still have witnesses in the top 30 that has not produced any blocks for over a week, and @LeoFinance sits at #30 at the moment I write this.

Make sure to change your votes.

While I personally believe that LeoFinance should be a top 20 witness, I guess others aren't as convinced. I cannot tell you why, because I have no answers, but if people stop voting for inactive witnesses, we might have a small chance to change the witness positions a bit..

I haven't bothered much with my witness votes, but I realized that my witness votes where literally 'all over the place', and I was voting on some inactive witnesses as well. That is changed now..

Even though I don't know what all the witnesses are doing behind the scenes, I know that LeoFinance deserves a top position for what they have done until now, and for the things that will come. We need ~22 million HP to move LeoFinance the last 10 positions in the witness list, so it's nothing that will happen easily.. But show them some love by giving them your vote. 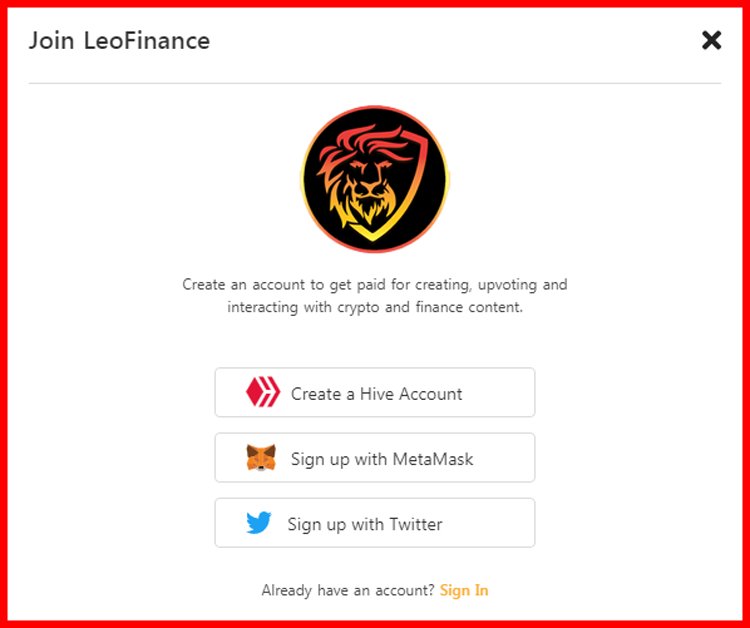 If you aren't convinced yet, I guess you will never be. I guess you live with your head in the sand and ignore true value and your surroundings. The least you can do is to remove your votes from inactive witnesses and make room for @LeoFinance in the witness list.

LeoFinance Still Got Your Attention!

Still 10 places to climb, where the last 5 will be hard to achieve.

I contact people in discord, to tell them to remove the votes from inactive witnesses or witnesses that drain the rewards only, focusing on other blockchains.

It will be really hard to climb those places, but I believe it's possible. People just have to open their eyes and understand how awesome LeoFinance is.

Daily speaking with others will help! One vote after the other. Just find the ones that we interact with and check their witness votes.

Leo finance offers us a great opportunity to be able to share and contribute ideas, since there are many articles, but being able to read other people's ideas and share our own on the same platform in terms of financial and other issues makes it valuable.

LeoFinance is the best thing that has happened since Chuck Norris memes.

I keep an eye on the witnesses I vote for. I do vote for LEO and use all my votes. I support those who do good for Hive. I suspect a lot of people are not voting at all and they need to be encouraged to do so.

I suspect a lot of people are not voting at all

I think you are right..
I also think that a lot of people have voted on witnesses once, and they haven't looked back since.

There is a case for having votes that expire or fade unless you renew them. Maybe peakd could prompt people to update their votes if witnesses are inactive.

Would be great to have witness votes auto-removed if or when the witness becomes inactive and has been inactive for X-amount of time.

There's plans for vote expiration(if you don't vote for a year your witness votes are removed after a year) in the next HF, might help make some changes.

Would be great to have a list of witnesses doing good things for the platform.
People have 30 votes, it might be easier to sell several than hard selling just one.
Not that I don’t believe in leofinance, quite the opposite, but it might sound less biased.

https://wallet.hive.blog/~witnesses - All witnesses have witness announcements or links to external sites. That is where they pitch their ideas and whatever in an attempt to score witness votes. Witnesses are the ones who are responsible to share information so people can vote accurately.

Many of the top witnesses have announcements from the early Steem days. Speaking of Steem and SBD. It's not logical, it's irrelevant and it doesn't even show the slightest commitment or dedication to Hive.

Truth to be told, I was close to remove my votes for almost everyone except LeoFinance for that reason, but my small account doesn't have much impact so it wouldn't make any major difference.

Thank you for taking the time to answer (and for the link).
I’m also super biased towards leofinance, what is happening here is amazing and yes it would deserve more support.

I’m still not understanding all the story behind witnesses, but yes sounds not logical to have steem oriented witnesses on hive.

They aren't steem oriented witnesses in that sense, as they are witnesses on Hive, but all of them have been active witnesses on Steem as well, which is why the announcements states SBD/Steem.

I didn't know ( or maybe didn't pay attention to the fact) that Leo had a witness and I think this is true for most people. I mean there are a lot of things going on Leo and on Hive and the witness stuff isn't the most exciting for the average Joe. Anyway I did my part an voted @LeoFinance as a witness.

However until we rethink the whole witness system with incentives put in place for people to vote witnesses ( for example if you use all your votes on active witnesses you get an x amount of delegation for an y amount of time ) the same old problems will appear over and over.

I agree with the fact that witness votes aren't the most exciting for the average Joe, and I think LeoFinance could do an even better job promoting their witness.. But, the community steps in and fill that gap with posts about witness votes and the importance of voting for good witnesses.

I already voted for LeoFinance witness a long time ago, but this campaign people are carrying to support it reminded me to check the witnesses I vote for. Which I did one of the other days, and I discovered I was voting for 2 inactive witnesses. Obviously, I removed the votes and redistributed them.

I'm glad you redistributed the votes. I did the same thing when I found out that I voted for inactive witnesses.

I currently vote or a lot of none top 20 witnesses. It's a hard climb getting up the ladder, I'm at 160th place myself (or 114th effective if you discount broken witnesses)

There are some big whales not voting for it yet. Can't figure out if they're inactive. I think it will happen for sure, everyone knows the value leofinance brings to hive.

I wrote a nice little tool to check your witness votes. If you vote for any inactive witness, they will show up right at the top in red, after you enter your HIVE username: https://primersion.com/witness-votes You can also add a username at the end of the link if you want to remind other people to check ther witness votes: https://primersion.com/witness-votes/hitmeasap

Thanks cool, thanks for sharing. :)

And if you like it please consider voting me as a witness also ;)

This is quite awesome. I've got a private tool that does the same and gives more info than that just never got around to making a UI as well but its awesome to see someone who's made something like this public. Any chance you can add a last pricefeed data to this as well?

Thank you for the feedback and thanks for the witness vote! I also thought of that already - I will prioritize this feature and see if I can add it this week :)

Any other things you are missing from the tool? :)

If you use beechat(its on peakd) I sent you a message there of what I've got on my tool.

Awesome, I will check it out!

Wow, this is great, a tool we should all have! Thanks @primersion!

Great to hear the tool is useful :)

Thanks! Did not realize I had not voted them :-0.

Glad I remedied that!

That's great! I guess a lot of people aren't even aware of LeoFinance being a witness, or what a Hive witness is, so I'm just glad that this article might work as a reminder. :)

I haven't checked who votes for Leo or not (btw it would be far easier if they were listed according to their HP and not alphabetically by @peakd) but be aware of the fact that there are dozens of users who proxied their witness votes to influential people around here during the Steem hostile takeover. Some of those people might be voting for @leofinance while some others...not...just saying.

That's a very good point!
I voted for witnesses myself, but I voted on a bunch of people because we had to work like a unit.

There's no easy way to get that data. I use https://hive.arcange.eu/witnesses/ to get that info, but it uses external APIs to make it possible and its quite slow. (Click on the picture that looks like a contacts book to see all voters).

It's time for those people to wake up and do the right thing themselves.

The problem is Leofinance has a lot of active users, but many have very little or no hive at all. These are the people who have converted their hive into Leo, thinking hive is going nowhere and has no value, and/or cashed out their hive as that's what they do (and Leo as well). You can't expect anything from these people as they have no power when it comes to governance by voting witnesses. They live off Leo, may be very supportive but words count for nothing if you can't back them up with your stake.

Very right. If there is any Witness account that you earn the vote of every Hive user, it should be LeoFinance. Though, we have politics here on Hive. The next few weeks would broker the difference.

On the bright side LEO was one of the fastest rising witnesses when it was 1st announced. They surely deserve Top 20. I guess most people don't even know what LEO is. That's the biggest issue IMHO.

Switched up some of my votes. I honestly always forget about this aspect of Hive. Shame on me :( But I'm sure it applies to many others as well.

I guess I need to check my witness votes again...

How do you vote for witnesses and what do the witnesses do?