WHAT YOU NEED TO KNOW ABOUT VENARI WAVESMITH

Hello splinterlords and splinterladies how are you, how are you doing? I was trying to get something I could write about in splinterland today. I remembered that I bought a card some days ago because whenever I am paired with opponents I get defeated. Two days ago I went to the market searching for the monster. When I saw the monster I quickly purchased it and used it that moment. I was defeated in my first battle with the monster, I did not give up rather continued to use the monster.
Venari wavesmith is the monster, what made me buy this monster was the ‘protect ability’. This ability makes my monster vulnerable in battles. There were times, I was not able to eliminate a monster from the opponents we paired together.
I lost 80% of my battles when this monster was used against me. The most annoying part of it was being defeated by players from novice level. I was defeated hands down with the help of venari wavesmith, and about 30 points were deducted from my points, another novice player defeated me again and 25 points was deducted.

WHAT YOU NEED TO KNOW ABOUT VENARI WAVESMITH
I think if you are a small player like me, you need this monster in some battles. Having this monster is going to help you a lot: now, whenever I use venari wavesmith against any opponent using ranged and attack monsters, I have 70% records of winning against them. There was a strong player I was paired with, but the 2 armor to all friendly monsters helped me to win the battle. If i mistakenly selected any monster then, i would have been defeated.
Venari wavesmith is a rare water monster; one of those new cards in splinterlands.it has 5 mana caps, suitable to use when given higher mana caps such as 25 and above. It has 4 health, 4 speed and 3 magic as the highest level.
Venari wavesmith is not suitable to start the battle because of its health, and it does not have shield ability, very good to use in the middle and the level 1-2 is good in the reverse speed rule because of its speed.
When a magic monster is used in a battle while using venari wavesmit, there is 50%-50% chances: but if the player of one is stronger than another, there is 60% chances that the player with strong player would win. If the lineup of the strong player is better than the other player, there is an 80% chance that the strong player will win.
Another thing I want to share with you about venari wavesmith is that it is very prone to opportunity monsters like serpentine spy because of its small health. If venari happen to be the
monster with the least health where opportunity monster is used; venari wavesmith will soon be eliminated which simply means that all the 2 armor in friendly monsters will be automatically removed.
It is not suitable for battle with small mana such as 12 mana, due to its health and speed. 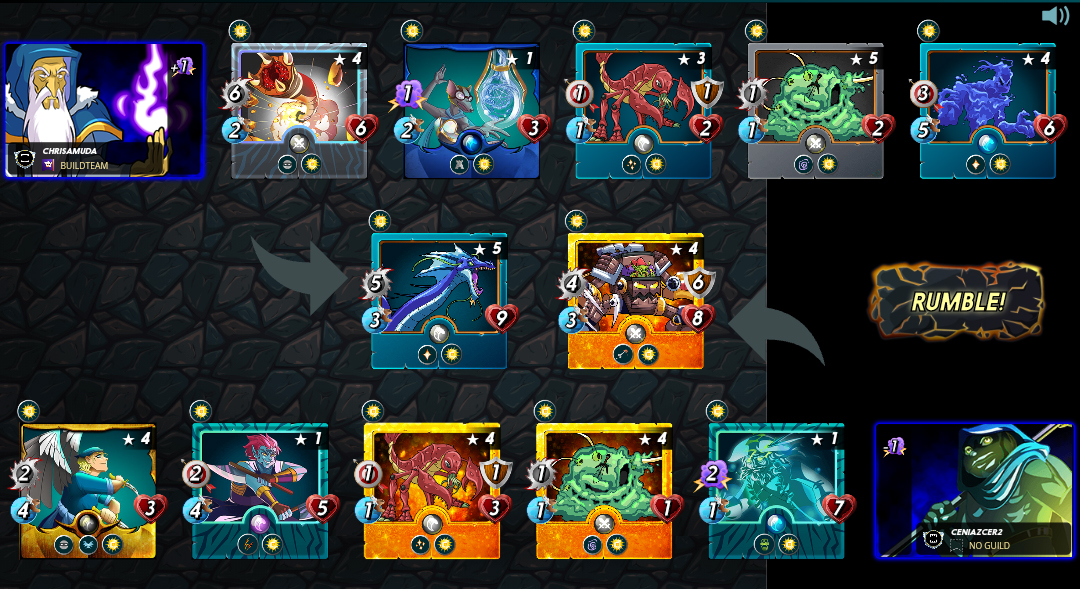