The Theatre of Marcellus - the 'other' colosseum in Rome - and 2009 year old open air theatre !

When we were in Rome a few weeks ago, I was surprised to find out there is 'another colosseum' ! I dont remember seeing it the last time we were there, but that was 15 years ago ! 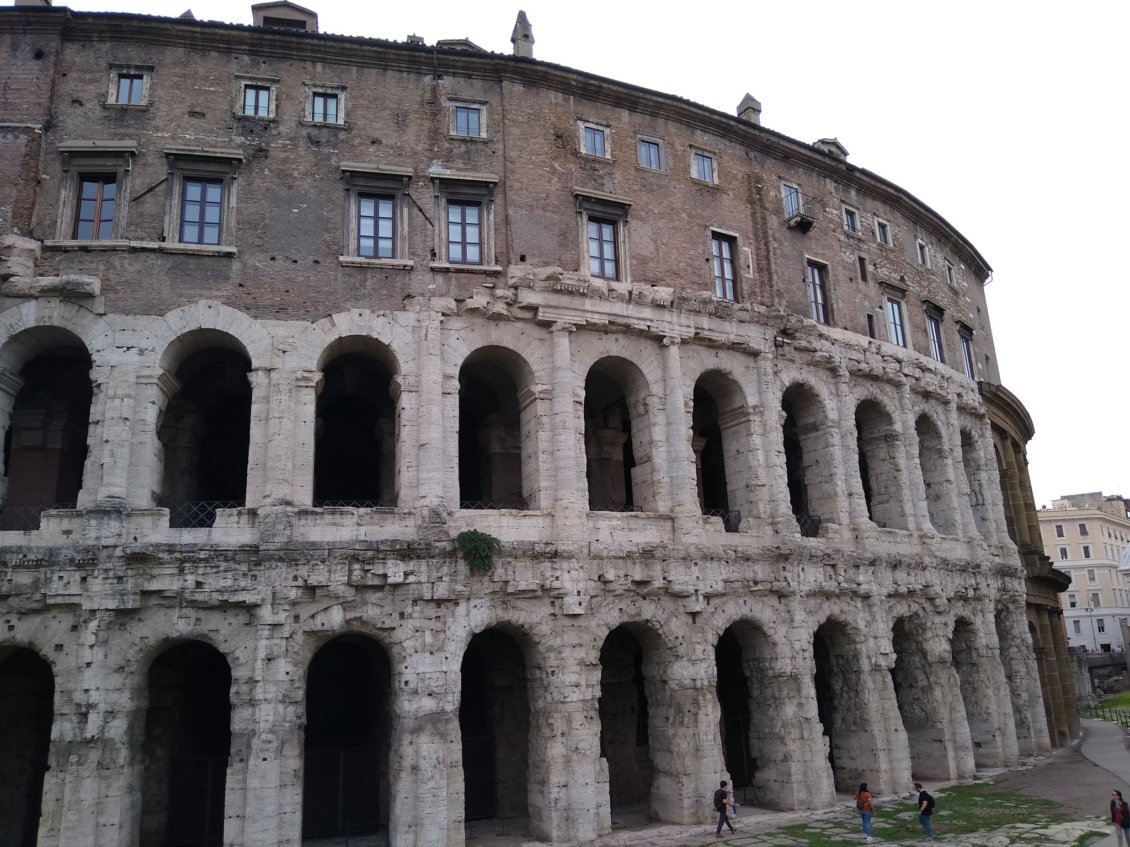 So this is actually the Theatre of Marcellus ! So its not a fighting arena like the colosseum, but you can see why it gets called the little colosseum, or referred to as the other one. 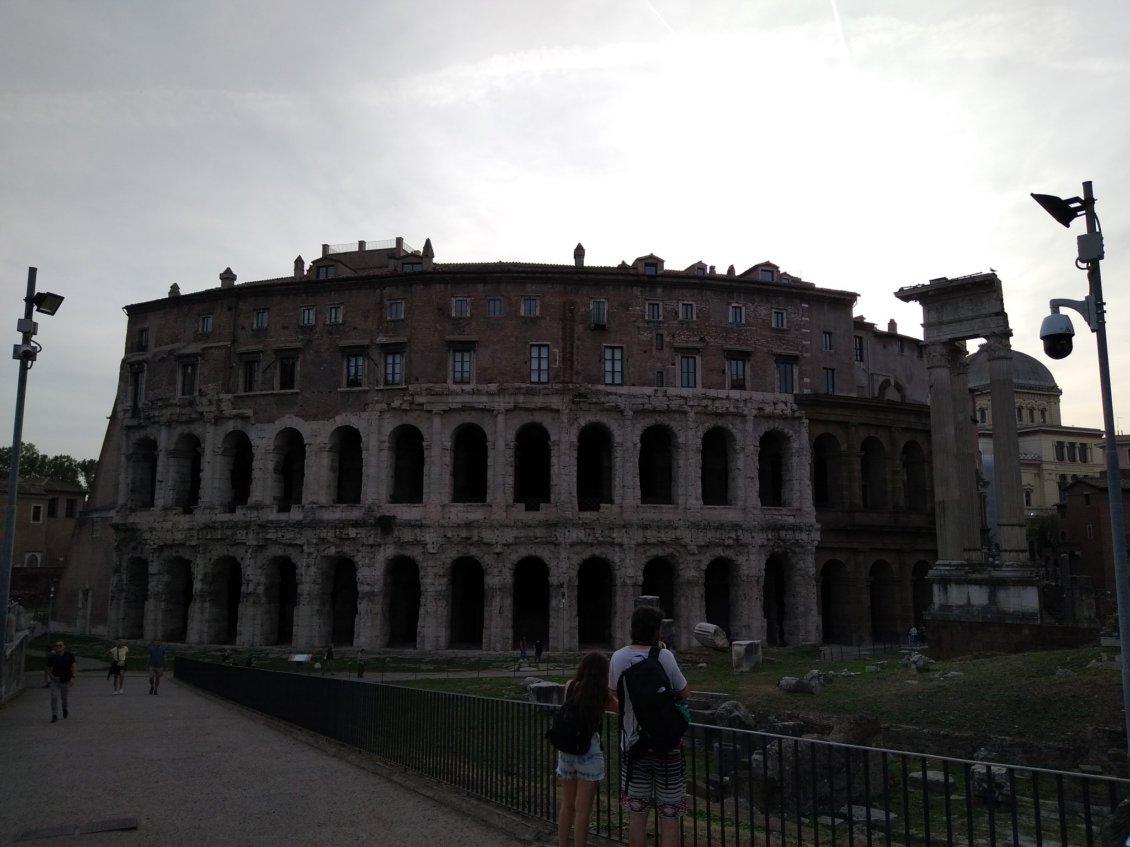 I was gob smacked when we past it on the tour bus. Its an open air theatre. Construction was completed on it in around 13 BC - so not bad for 2009 years old ! 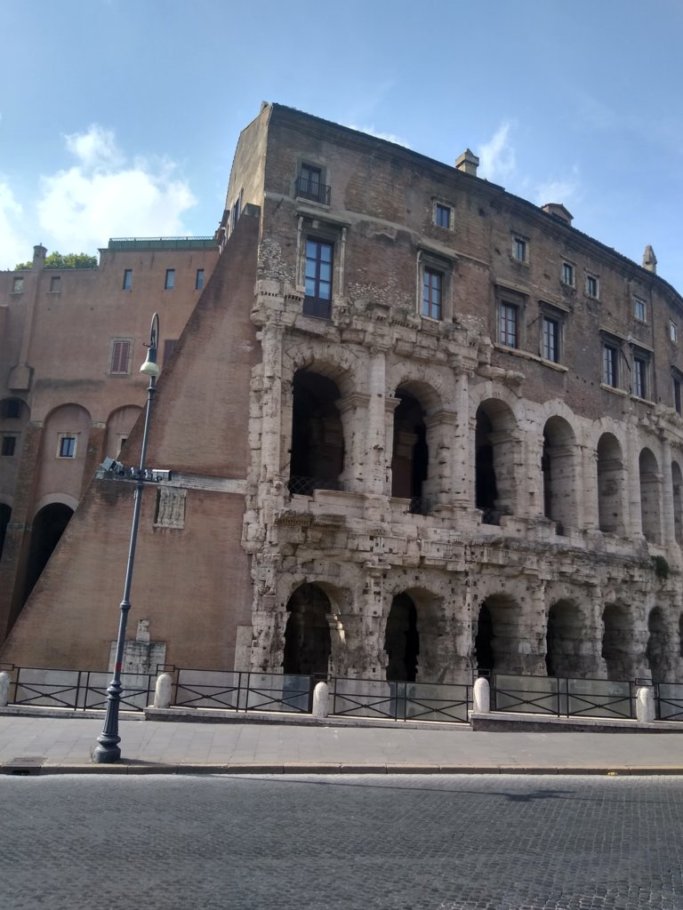 I love the 'modern' buildings that were added on top of it. This is the residence of the Orsini which was added in the 16th century, and it is still used for apartments. Imagine living in a 2000 year old apartment - I'm sold (but probably dont have the cash !). 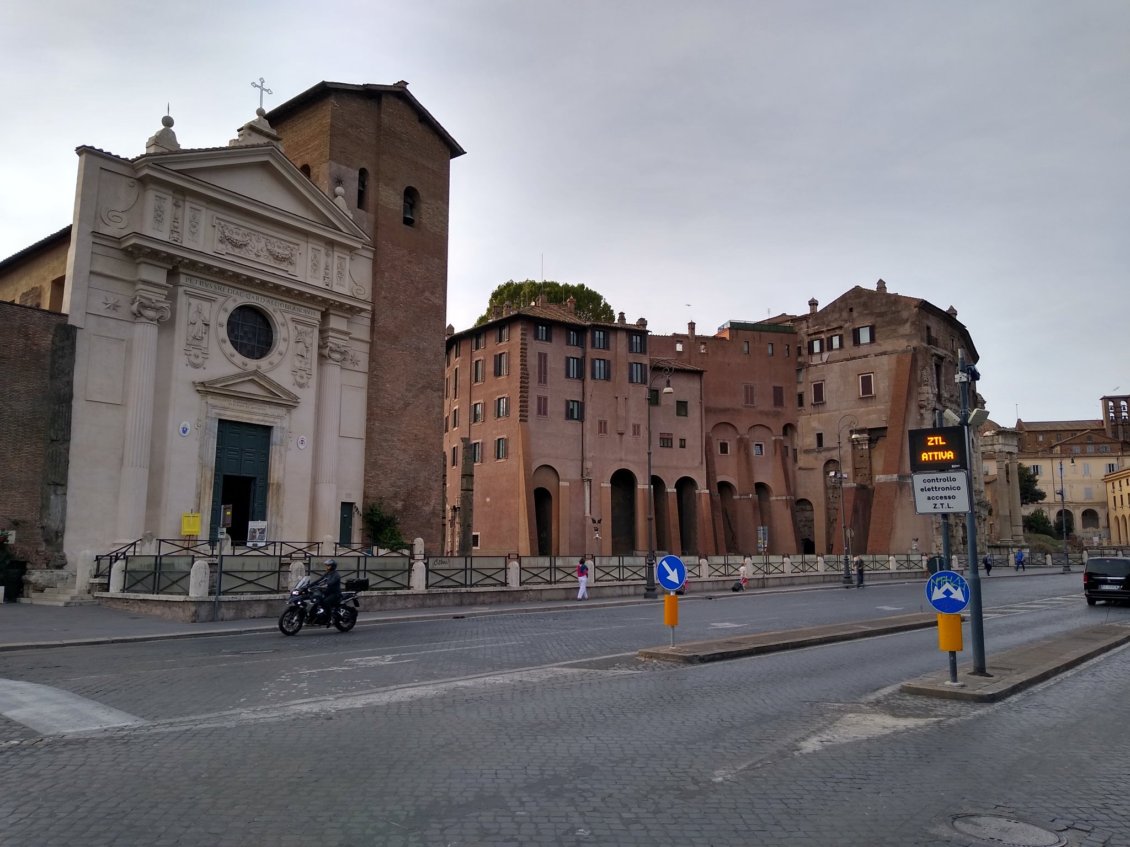 The pic above shows it from the back, and how it has been incorporated into the newer residence, with the arch feature being used in the new residence which is cool. The theatre is on the right in the pic above. 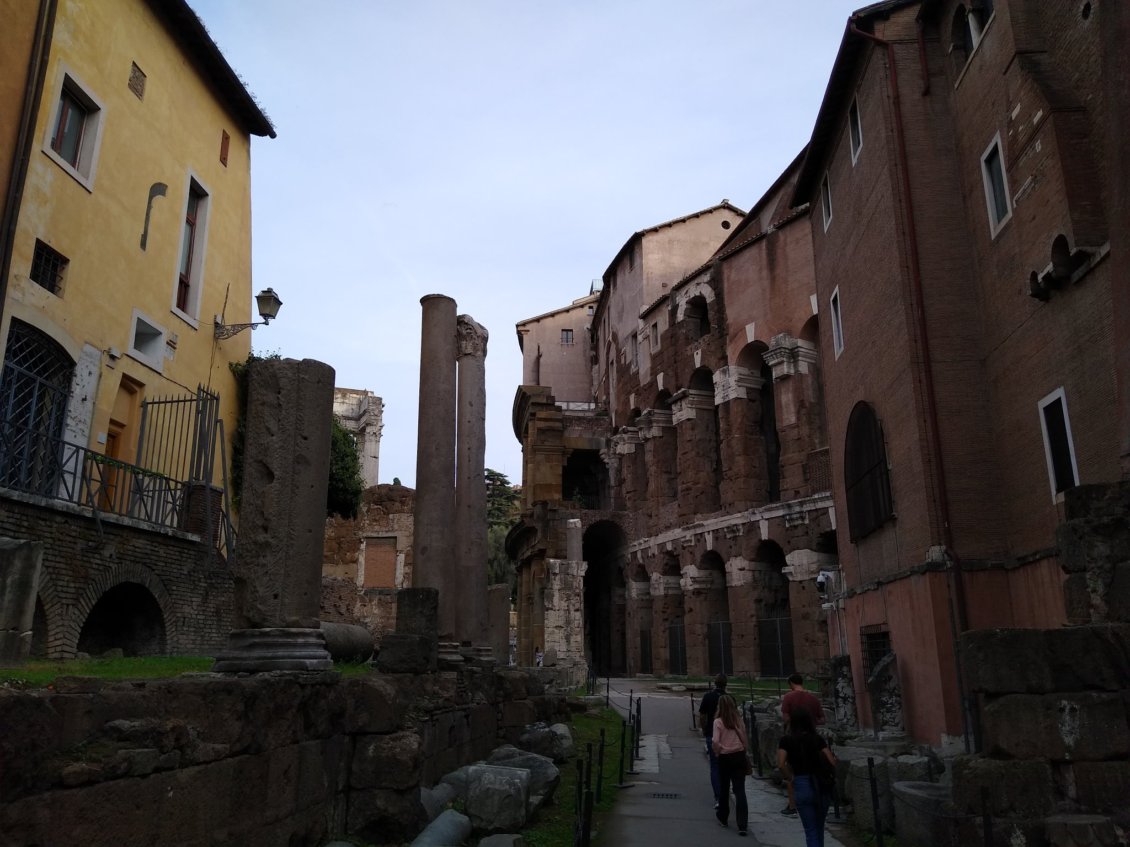 And its an interesting place, as you can walk right by it, as it has a short-cut path that takes you over a few streets, right past some other Roman ruins, and the Portico d'Ottavia. 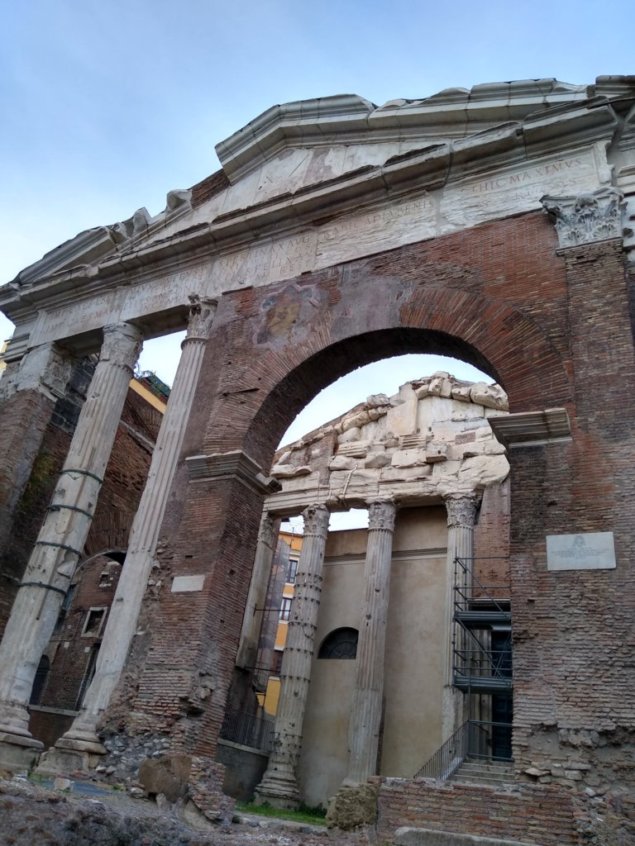 The portico is pretty cool too, although quite a ruin ! 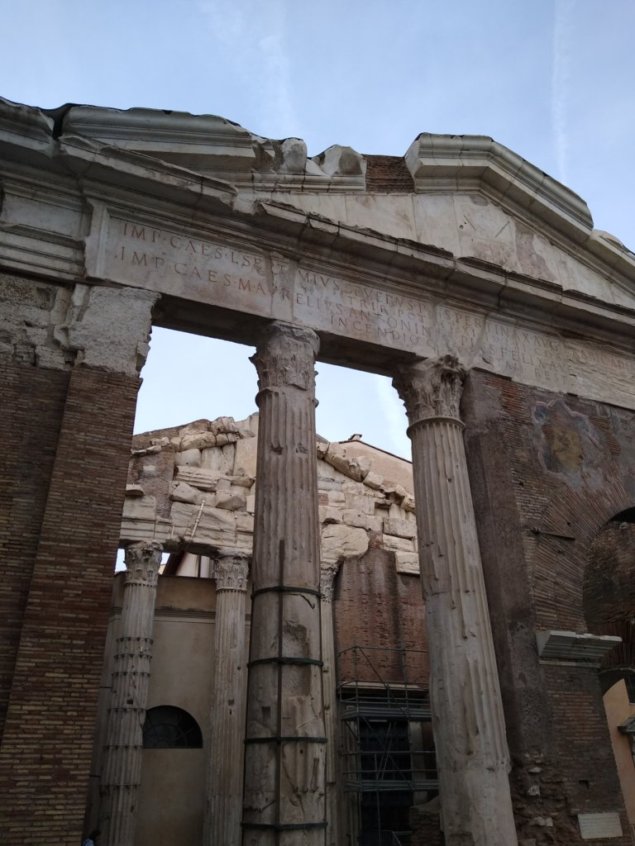 And there is another view - quite pretty ! 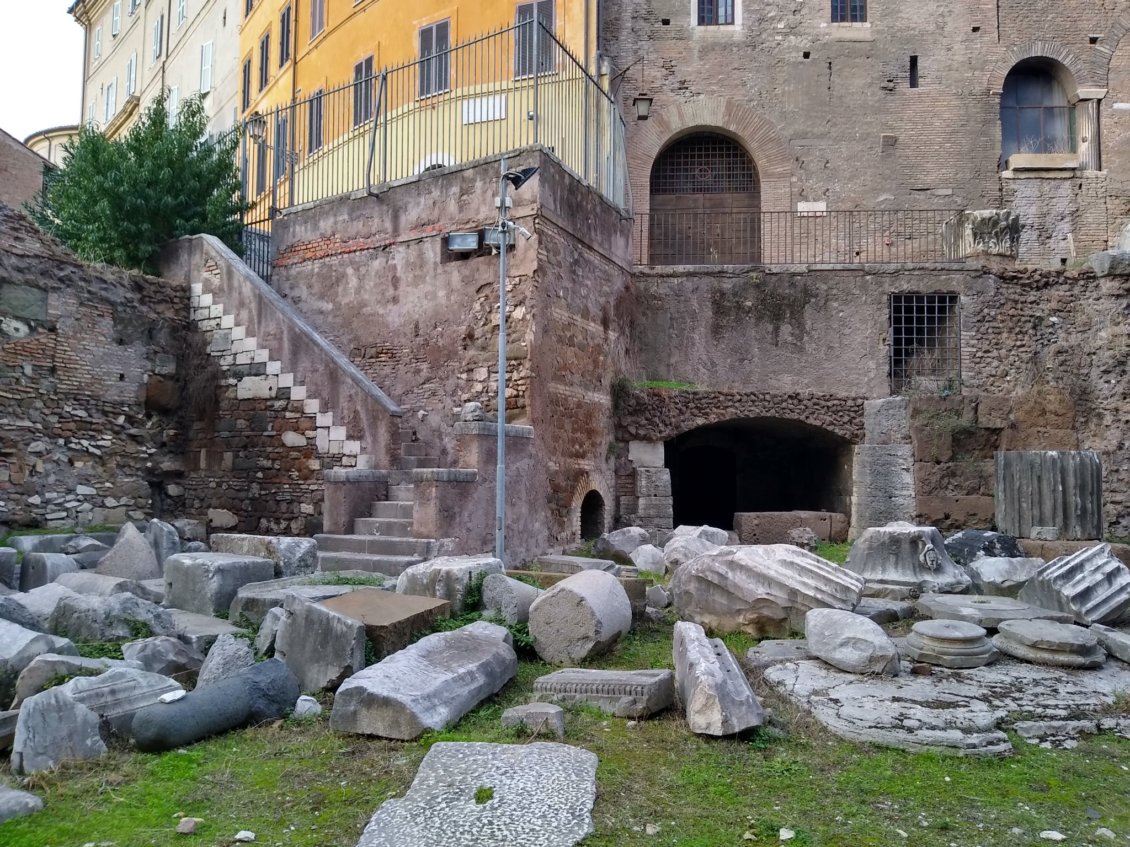 And there are lots of other 'spare parts' left over right outside the theatre ! 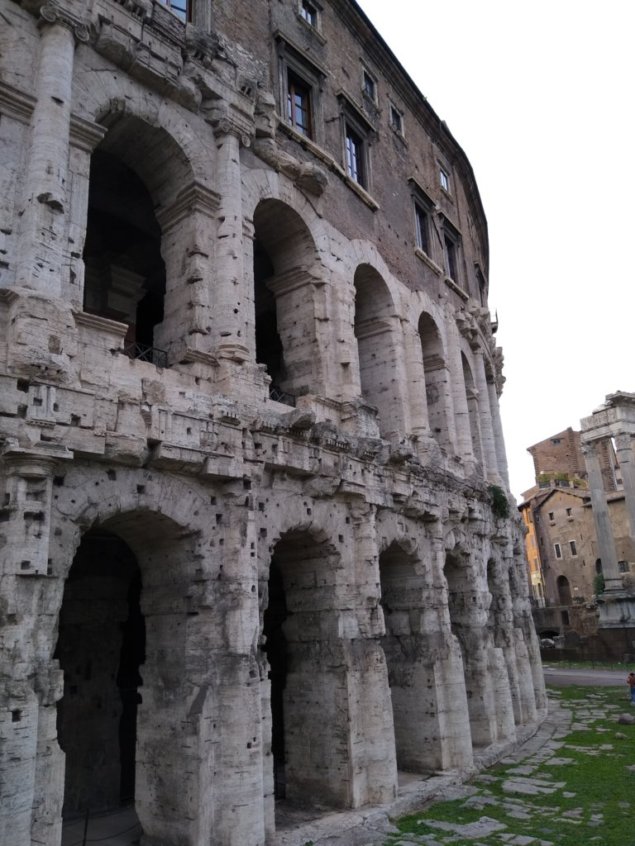 The theatre still gets used for some concerts. In the pic above you can see all the holes which would have been used to fix marble to the front aspect, so it would have been very pretty in its day - but that has been removed and used elsewhere over the years. 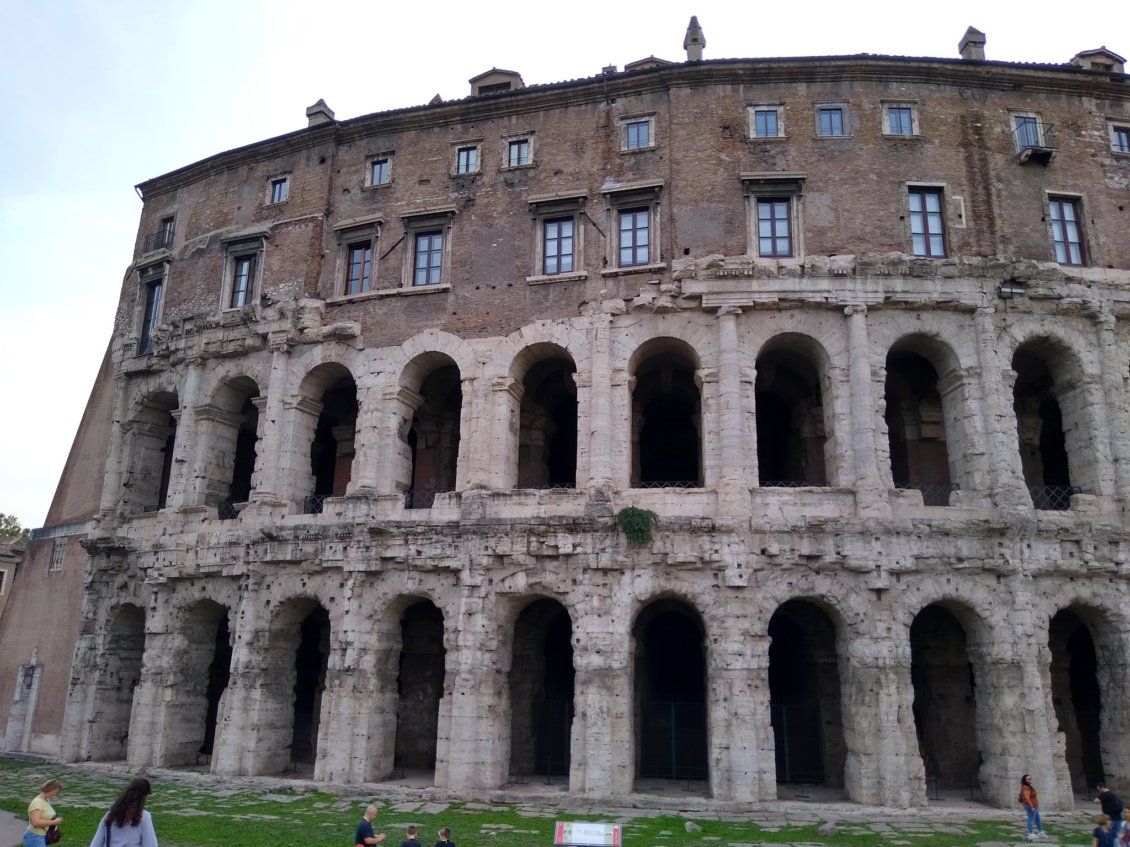 I was delighted to find this in Rome - its great to visit somewhere you have been before and stumble across something new ! 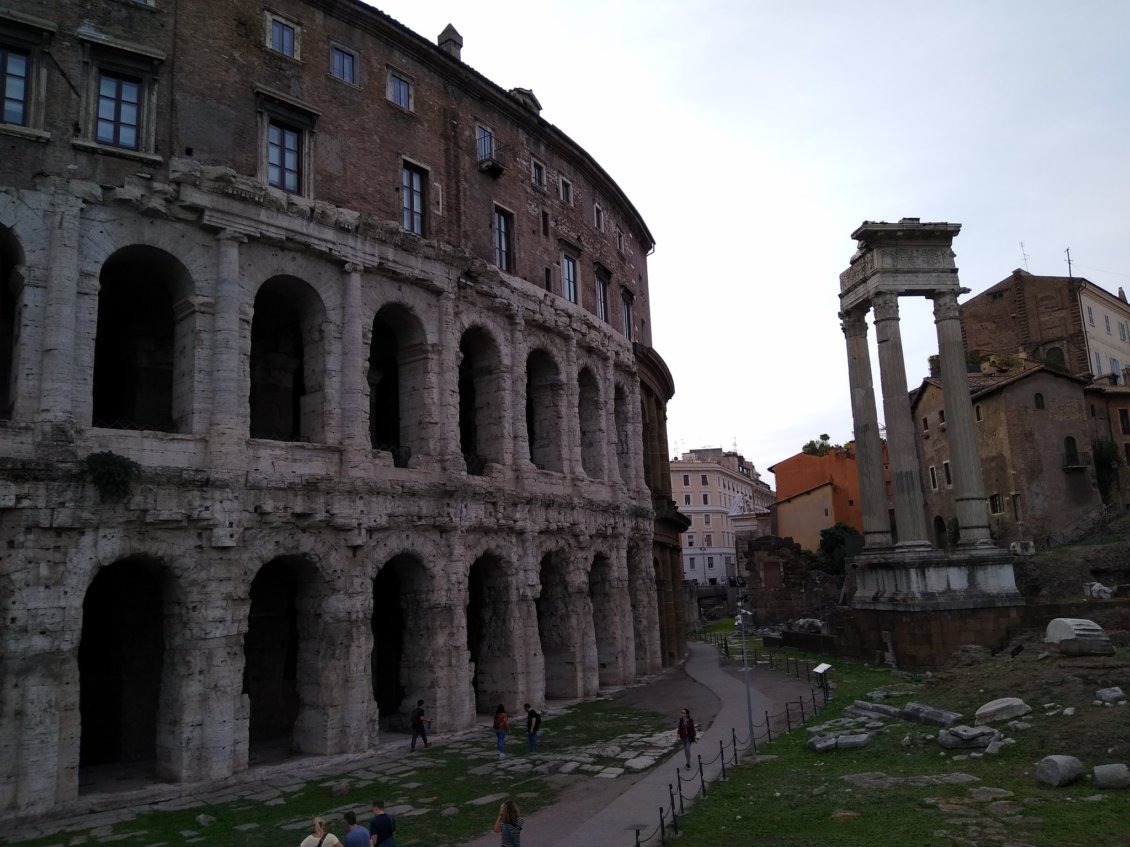 Well I was really impressed, and to think you can go and live there - mind blown !!! Living in a Roman building would be awesome ! Maybe someday ! 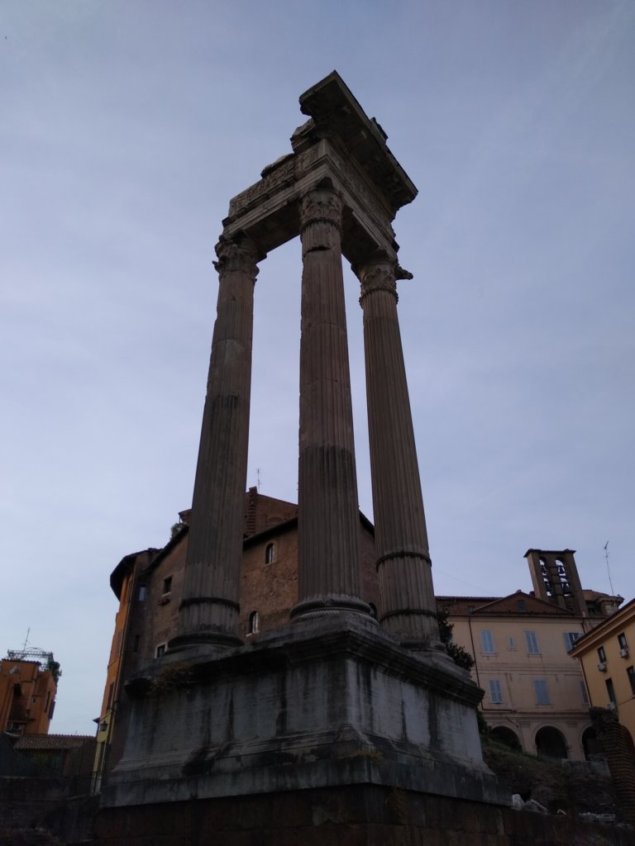 its great to visit somewhere you have been before and stumble across something new!

Could not agree more! Rome has too much to take in on the first attempt, and a lot gets missed.

I don't think I've stumbled across this theatre. Although we were very close by, on the bridge Garibaldi and Foro Romano. So close! Looks impressive.

Aye, its was really impressive, and its the same for us, we were right by it last time, but I'm sure we didnt see it !
!CTP

Such a cool place @hoosie, I remember going there too.
Thanks for sharing.
Good night 👋🏻😊

Hiya, @LivingUKTaiwan here, just swinging by to let you know that this post made it into our Honorable Mentions in Daily Travel Digest #1702.

Wow! I was in Rome in June this year, and I didn´t know that building existed!
Now I have to go back and visit it 🤣.
Nice photos and Post! Congrats!

I know, its really close to the palatine hill, so I bet you were probably right close to it !
!CTP

Rome is one of my dream destinations. I always love its artistic and elegant architectural styles. And it is evident that the theatre was really very old yet it is still existing until today. What a great experience to have this beautiful encounter in life my friend.

Its a fantastic place - so worth the visit if you get the chance. The history there is just awesome.
!CTP