We have passed an interesting day that was based on a conspiracy that the Avalanche team weaponized their social network to bring trouble to the close competitors of the project. 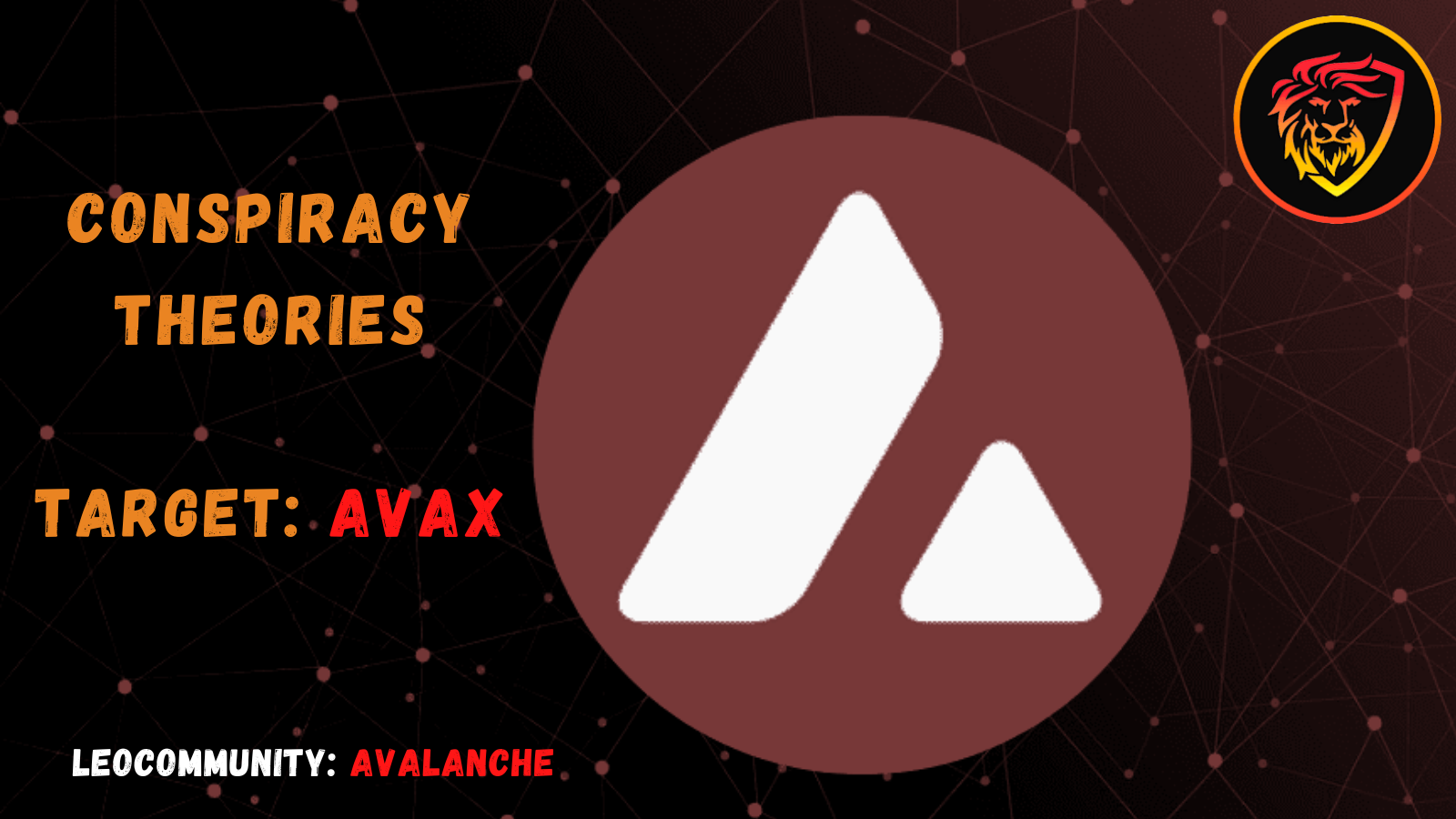 The conspiracy was circulating among crypto groups but there was no hint to claim it in public. Though it was the case for a while, a video clip dropped into the crypto ecosystem like a bomb. In this video, Kyle Roche, the leader of Ruche law firm, talked about some manipulations in crypto.

Let's start with what we already know

We know that Ruche Law Firm is Hostile

There have been many cases of the same people who sued crypto projects and their developer team for this or that reason.

Interestingly, the same actors were always in search of a way to create FUD around some coins and these people tried to hostilely grab some money so that they do not harm these projects.

Regardless of Avalanche's presence to any "possible" actions, it is not something new in crypto for these guys 😉

We know that Avalanche has Initial Litigation Offerings

ILOs are unique products of Avalache ecosystem that is like a bridge between lawsuits and blockchain technology. As the team is involved in litigation acts, naturally they establish partnerships with some law firms to deal with the lawsuits.

Though at some point, Avalanche combines its power with some law firms, their partnership is only limited to the law cases. So it is not possible to accuse the team for paying law firms to bring trouble for the competitors.

We don't know if Crypto Leaks are Real

Crypto Leaks: Ava Labs focused on developing Avalanche's ecosystem, and law firm Roche Freedman made a deal under which Freedman would collect confidential information of rival companies and trap them under class-action lawsuits in return for massive amounts of AVAX tokens and Ava Labs corporate stock.

So, the claim is that the law firm asks to make them a stakeholder of the newly growing Avalanche AVAX project and we can create problems for the competitors.

Remembering the early days of Avalanche, I do not think Emin Gün Sürer or Kevin would dare to do such a thing as the project already had a strong partnership and thousands of people who were the early investors in the very beginning. Thousands of people run their testnet and the exchanges listed Avalanche in hours.

While everything was perfectly fine, it does not make sense for me to happen. The coin was listed for $3 and ATH was $140 in a year! Nobody was hurt like any other project that lost 99% value since their launch. 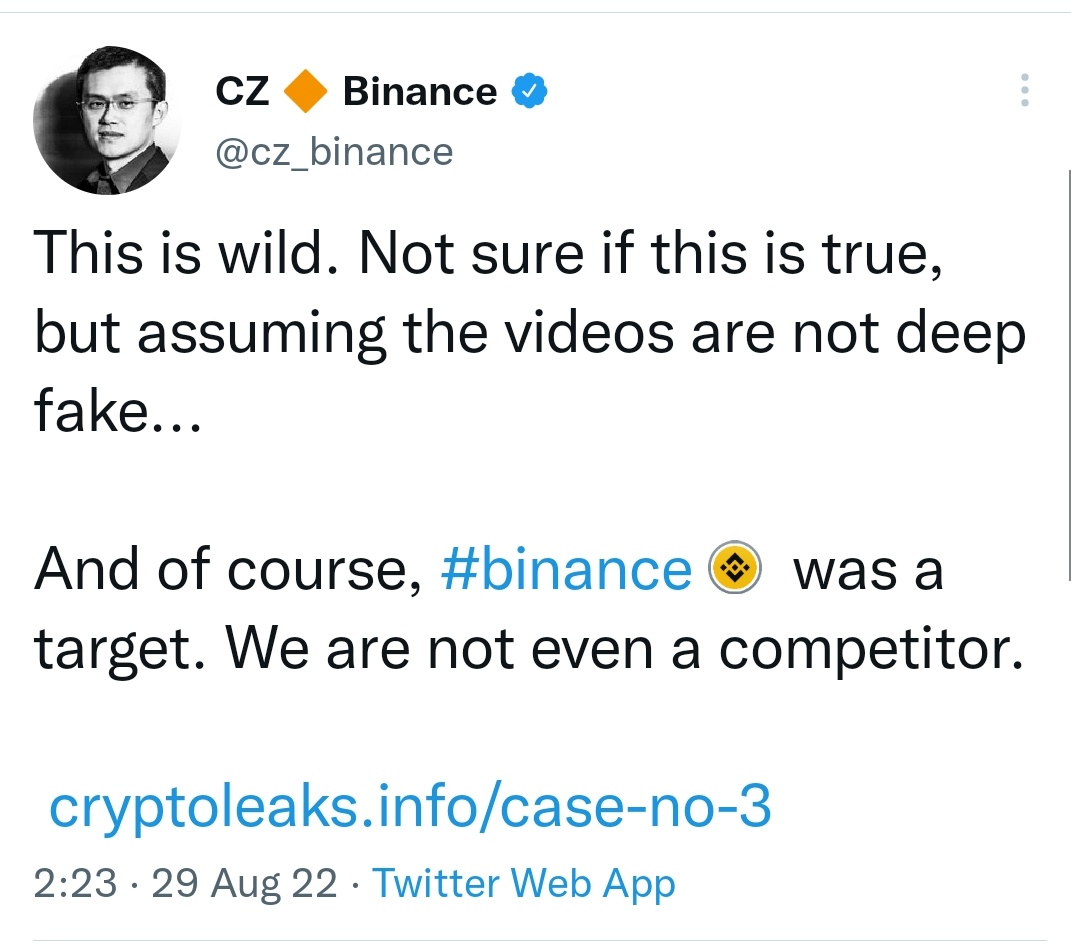 Another interesting thing is that CZ tweeted about this case then deleted his tweet. Without being sure about a case, anything that CZ publishes have the potential to create sell or buy pressure.

Conspiracies, FUD and conflict in Crypto Twitter. Nobody is sure about the things and it is hard to claim a manipulation without more evidence. I do not give credits to such video clips and news as I'm a follower & investor of the project since the very beginning.

What do you think about the claims? Which side is right?

Thanks, I had no idea about this.

I stumbled on the gist earlier today but I couldn’t get to the depth of it, too complicated. So I dropped it. I later found out that the video was fake afterall. Not even sure about anything going on there.

It seems like the giants of crypto are fighting in a sneaky way. Avalanche supporters claim that the DFinity project is attacking Avalanche

While SOL are claiming to be attacked by Avalanche.

I don't know much about other projects apart from hive but with the knowledge about leaks and rumors I know things could spread quickly, I will say it's a game of chess since we know the price of the currency now

Avalanche is a great ecosystem built by talented guys. However, these days, FUD disrupted the whole faith in the project :I

If Ava Labs allocated 1% of the tokens to Roche AND directed Roche to create spurious lawsuits to stifle competition with Solana and others, that's the end of their chain, straight up.

No institutional whale will invest in them if that's the case. Too much contagion.

If it's all bullshit, they've done a terrible job so far doing damage control and getting ahead of the story.

Personally? I think Ava Labs fucked up bigly and will go down as the 2nd biggest meltdown this year after Luna.

If Ava Labs allocated 1% of the tokens to Roche

That's an unacceptable case if it happened. I still do not rely on the video clip and some theories; the debut of Avalanche was crazy already, there was no need to do such a thing.

The timing, to me, is very suspicious. Avalanche has received heavy VC backing, so they have a reputation to build and maintain, too.

This post has been manually curated by @finguru from Indiaunited community. Join us on our Discord Server.

Dear @finguru and @india-leo team, thank you for your support <3

It does look like these videos might have been used kind of out of context but nevertheless, these are quite incriminating speeches.

I hope it settles down and we get to the bottom of it as it reflects badly on the entire space.

Exactly. Avalanche is an essential project of crypto ecosystem and the whole market may be affected with a deeper FUD.