@idiosyncratic1 67
about 1 month ago
LeoFinance

As you may remember, the Luna Foundation declared that they added AVAX to their reserves of UST stablecoin. Luna Foundation added $100M worth of AVAX besides BTC, ETH, LUNA, BNB, and other top coins in the market. 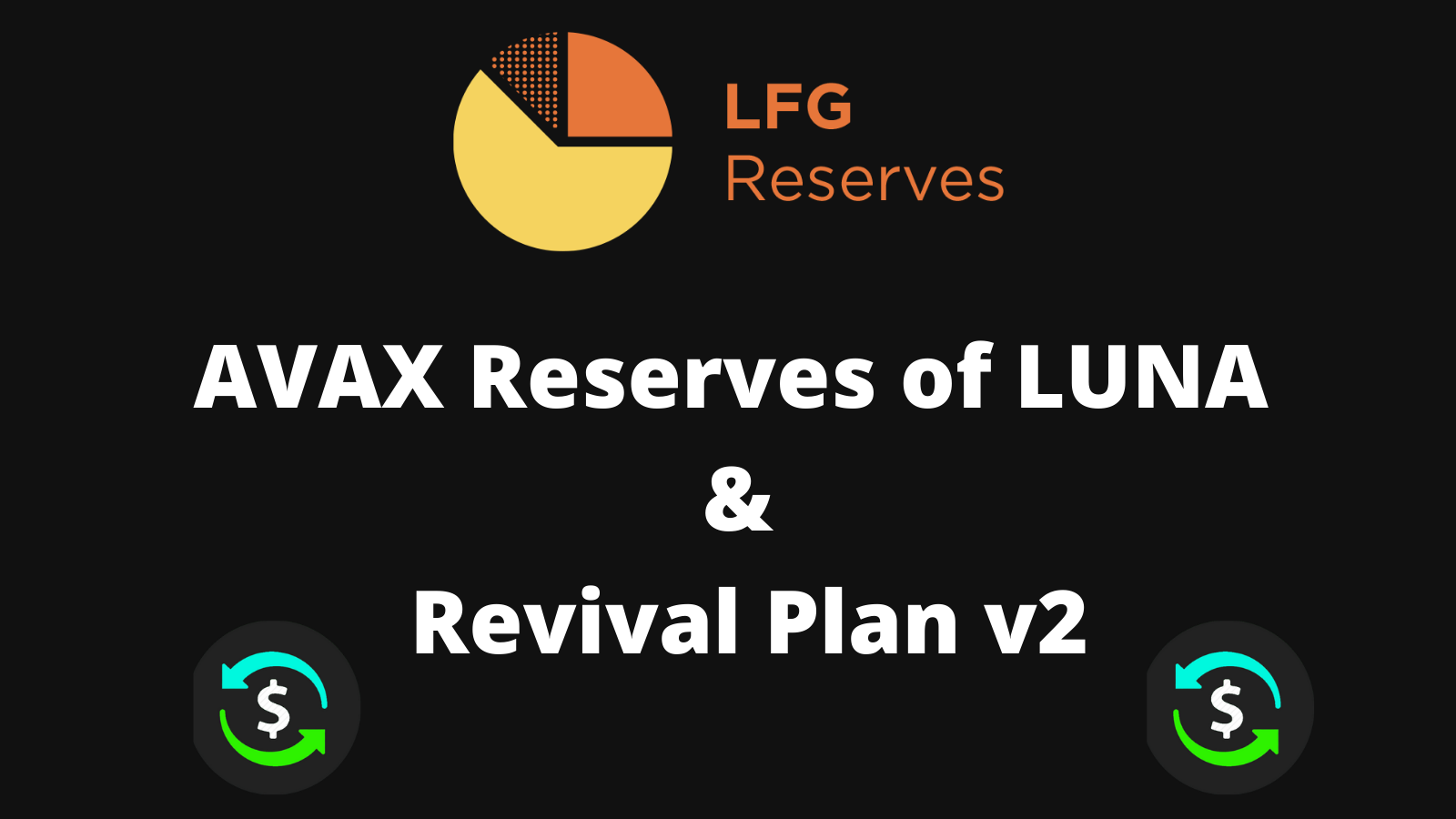 When the peg was broken, the Luna Foundation started its operations to peg the UST again. However, the FUD waves were too strong for the team to be able to outperform the sellers. In the end, the reserves started to melt like crazy. 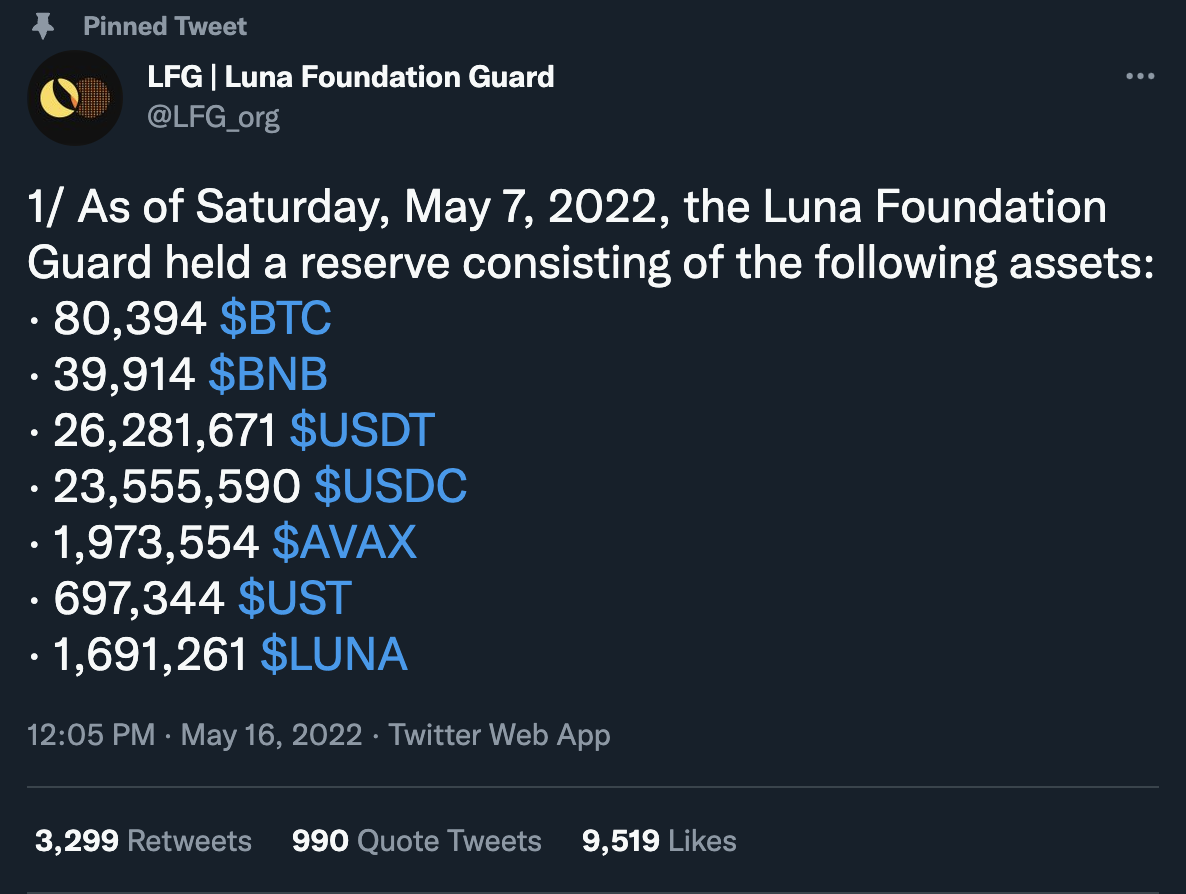 Not very long, just 9 days ago the reserves of LUNA Foundations were adorable. When we consider a strong community, hyped Anchor %20 stablecoin APR, and other positive narratives, there was no serious concern for common investors. 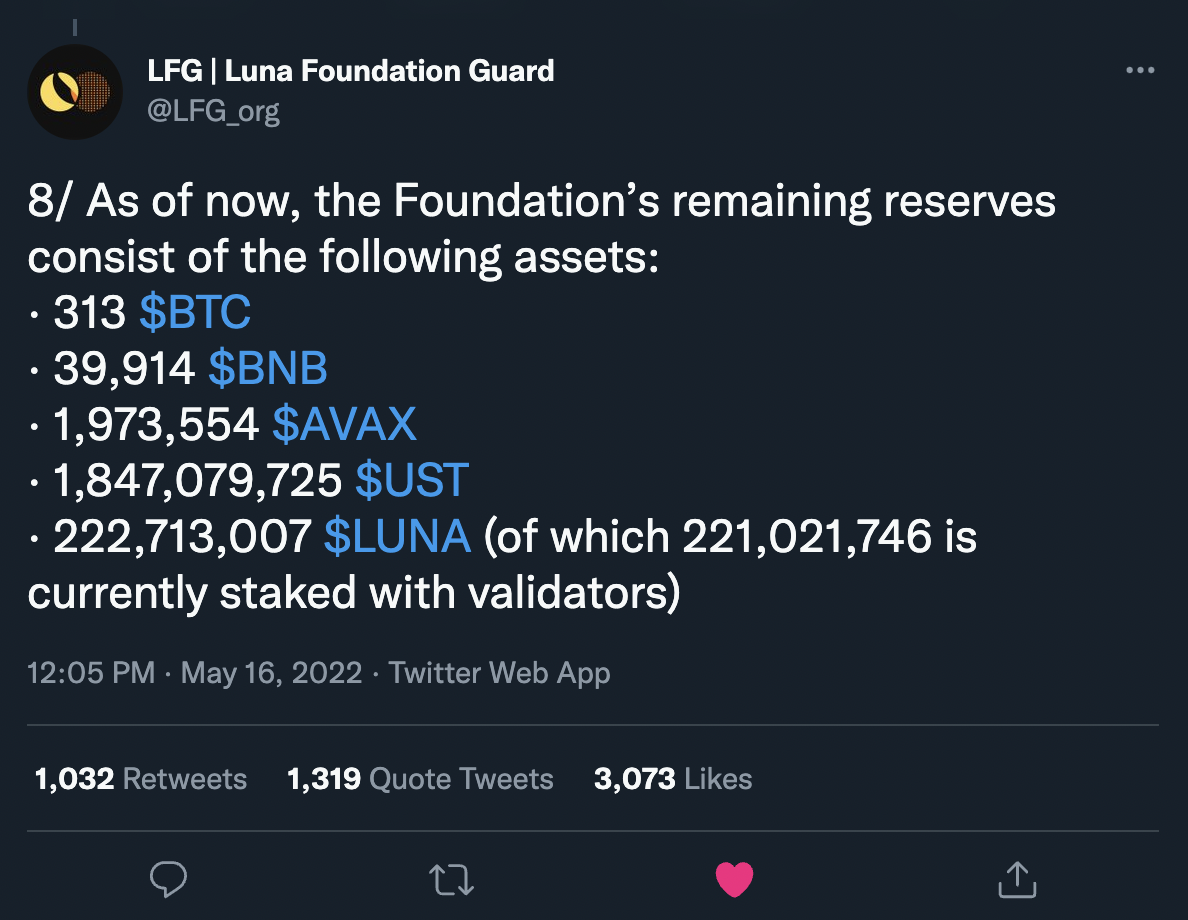 As a consequence of the FUD and short sells, the reserves were emptied of cryptocurrencies except for AVAX. WHY?

Note: You can read this Twitter threat is about the reserves and the policy of Luna Foundation to use their sources.

AVAX Coins are on Staking

Sad for the team, they could not use their resources in AVAX during their peg-wars. If they were able to sell AVAX, 60 to 100 M worth of USD would be available for the team to use when it was urgent. However, the crypto investors shorted AVAX assuming that the team would sell off their AVAX investment, as well.

What will LUNA Foundation do with 2M AVAX?

The Avalanche team has already contacted with Luna Foundation to buy all their AVAX coins without using a middleman on this trade. With this move, the Avalanche team aims to end up this fear over a possible drop in the price and they want to save their brand name in this catastrophic condition.

What if the LUNA Foundation Sells AVAX on the Market?
It would give birth to a daily swing. 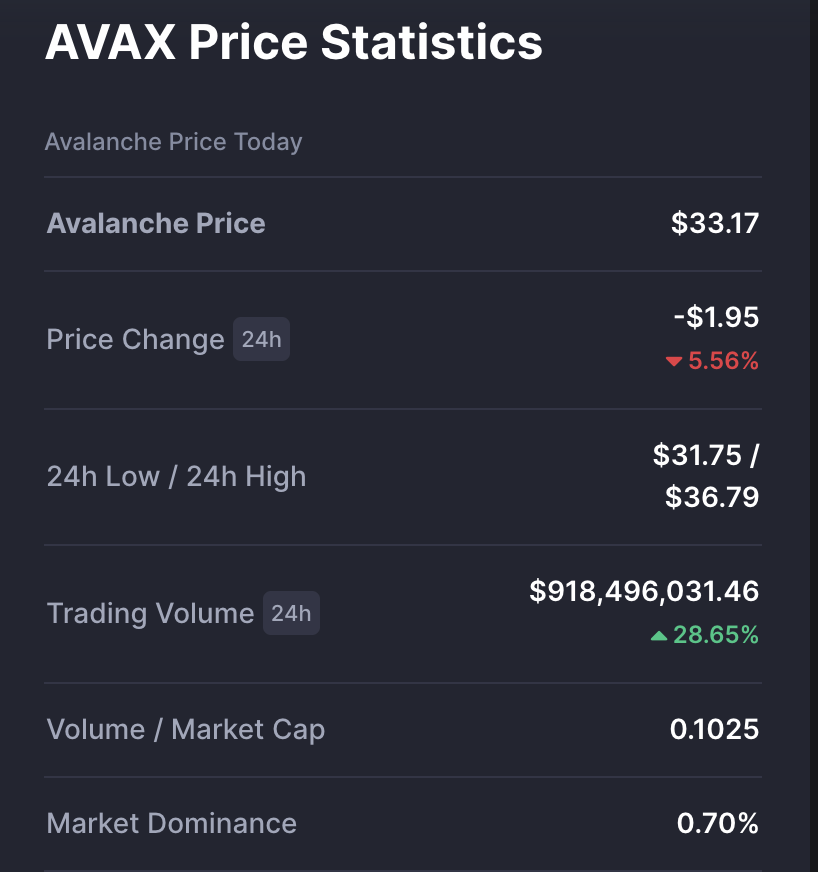 Considering the daily trading volume of AVAX, it may not have a huge impact on the price of the coin even if 2M AVAX are traded on the market.

Second Revival Plan by Do Kwon

This time the motto is "Terra is more than UST" by eliminating UST from the Terra ecosystem in the hard fork. The main motivation of the second hard fork proposal is, of course, to keep the developers, projects, and community before they all flee.

Second Revival Plan has some mutual points like hard fork and new page for the LUNA history. However, as we discussed earlier, the first revival plan was not embraced by the community.

With that amount of LUNA printed and the reaction of the market to the news, we still do not see any clear evidence for LUNA ecosystem to recover.

I feel sorry for those who lost their savings but there is no hope yet.

I might buy a few million LUNA for $1 soon….

Can't believe that people really had millions just one week ago :( Crazy days in crypto!

Luna is not going to revive, Luna was one of the biggest ponzi in history.

There’s no hope in this chain it seems.

Unfortunately bro, so sorry for those who lost their savings :I

What did they do with all that money? Should have distributed it among the UST/LUNA Hodlers. 🙃