The streets of the neighborhood were lonely and quiet. Erick accompanied his girlfriend, Sandra, to the door of his house, after spending the afternoon together, walking in the park and then in the mall. After a soft kiss, she whispered in his ear -if you like, you can stay

The proposal was very tempting, but a strange feeling made Erick nervous. -I love you and I want us to last. Don't forget. I love you! - he he kissed her again, as if tomorrow didn't exist. Suddenly he let go of her, and I walk quickly.

Sandra was disconcerted, she saw him hurry away. She was confused by her boyfriend's reaction. She proceeded to look for the house keys in her purse.

An invisible force stopped Erick when he was a street away. he tried to fight it, he wanted to keep walking. But something was preventing him. His body was spinning. - No, I don't want to - he said, immersed in tears. The supernatural force took control of his movements and he returned to Sandra's house. She was about to close the door when she received a blow that knocked her to the floor, surprised and dizzy, she tried to get up. But another blow blew her nose.

-I'm sorry my love - said Erick between tears. He prepared to give her another punch, but she quickly crawled on the floor, trying to run away from her attacker. The man who minutes ago kissed with passion, now wanted to kill her without mercy.

The crazed Erik held her by the legs, but she managed to get out and kick him. She ran to the door, but a push made her fall on the table in the main room. Like a wildcat, Erik jumped on his girlfriend and started to strangle her. Sandra's face gradually turned red. The air was beginning to thin out. Her assailant, the man who said he loved her, was putting more pressure around her neck - it will soon be over, it won't be long now - he said.

Sandra wouldn't give up so easily, her hands looking for something around her that she could use. She touched the lamp. She grabbed it with all her might and used it to defend herself. I smash it against Erick's head. The psychopath lay aside, recovering from the blow and bleeding. That's when Sandra took the opportunity to go into the kitchen, get a knife and go back to the living room. Her beloved Erick was still groggy. He slowly moved closer and closer. He was only a few inches away.

-I don't want to kill her! No! I love her! Let me be happy... please don't make me kill her - beg the tormented man

She looked around. Everything seemed to be spinning. The room, the objects, themselves. The pictures came off the wall. The windows opened. An evil entity seemed to be present inside the house.

-Leave it alone! You are a coward. - she said angrily - He doesn't want to kill me. You're a wretch! You and your filthy endgames. We won't let you destroy us! We love each other, we want to be together, to be normal and have a happy ending.

-No!We won't let you do with us what you want. It's over! Hey! He's miserable with you! I know you're listening to me... you may be the author of this story, but now we're taking control. We'll have our happy ending... Without your final fucking twists!

Erick got up. The invisible force was upset and this time he couldn't control himself, he was preparing to jump on the fragile body of his girlfriend. His strength was increasing, no matter if she had a knife. Now he would kill her with just a few blows.

The computer went off. An interruption of electrical power ...

-Fuck! - said JC, the author who was writing one of his stories. He got up from the chair full of anger. They had cut off the electricity because of the obligatory rationing of their country. What upset him most was that it happened at the very moment that would force the stupid character Erik to kill his beautiful girlfriend Sandra. The characters had beaten him.

Defeated, in semi-darkness, the sad author was left.
His thirst for blood was not quenched.
One of his stories had a happy ending.

This work is licensed under a Creative Commons Attribution-NonCommercial-NoDerivativeWorks 4.0 International License 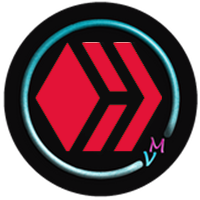