THE GRAND FINALE- ITALY VS ENGLAND

@jesseekene20 48
6 months ago
Proof of Brain 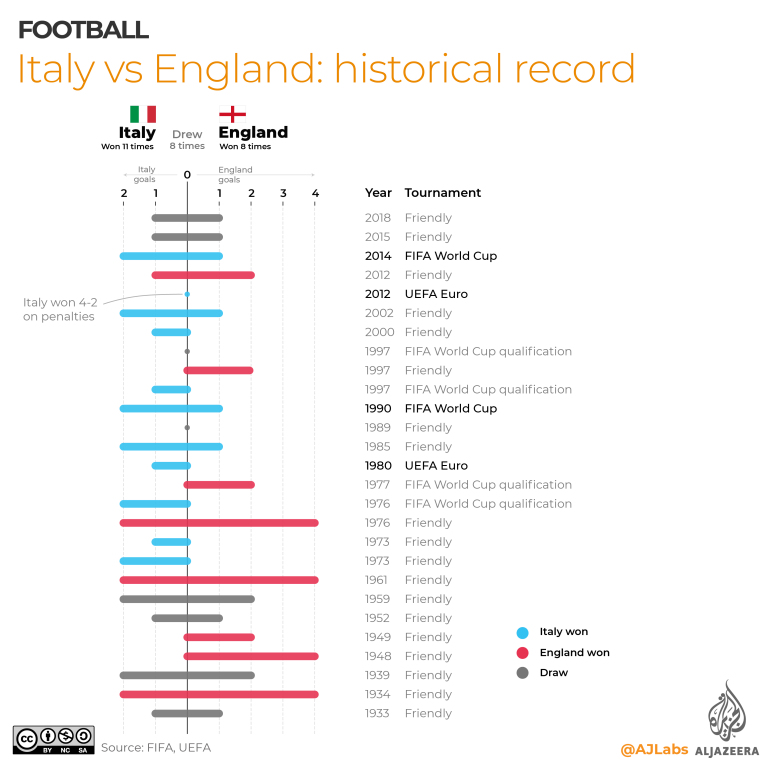 The diagram above shows the head to head record of this two side who for the english team:
They have not conceded a goal except there last game against denmark and

They also have not cleanly taking chances .

Same for the italy side they have not conceded except for against Croatia
And also not taken most of there chances
Going this stats and the above recent meeting I feel it's going to be a goaless or minimum 1-1, scoreline margin

The similarity of this two side is the effect of there defence through out the campaign as the two keepers have equal clean sheets record for the competition so what's your take.??

Quite some similarity between both side. So it's safe to say tonight game will be low on the goals as both side will most likely be attempting a more defensive approach. I believe the more clinical side tonight will get to go home/Rome with the trophy.

2-1 in favor of the Italians

With the Azzurri's having a better head to head than the English team in this chart,to me it does not really speak much at times,but of all I knw it is going to be a do or die affair between the two side, right now am giving it to the best team to win this one

Congratulations @jesseekene20! You have completed the following achievement on the Hive blockchain and have been rewarded with new badge(s) :