Hello guys, in this video I show you am intricate routine of how typical Nigerians relax, especially when it comes to local meetings with exquisite street delicacies, so here's a place called Eja Ton'Soro it literally translates to "talking fish" It's a local joint where you have some delicacies like pepper soup, made with cat fish or made with Turkey and other assorted dishes. However in this case we decided to go for the Turkey and the cat fish pepper soup. This place is located in the suburbs of lagos, precisely a place called alakuko, Ifako Ijaiye. 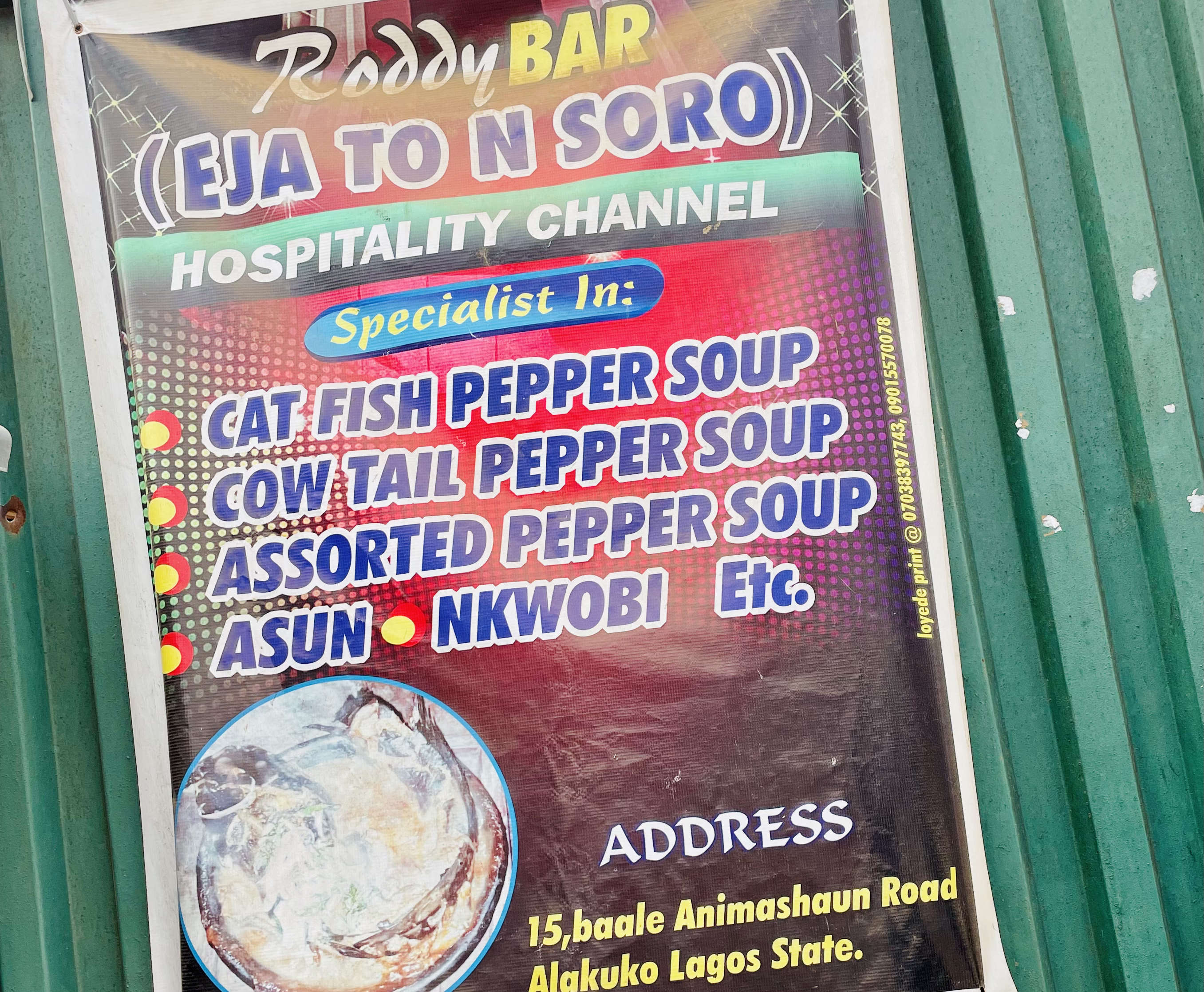 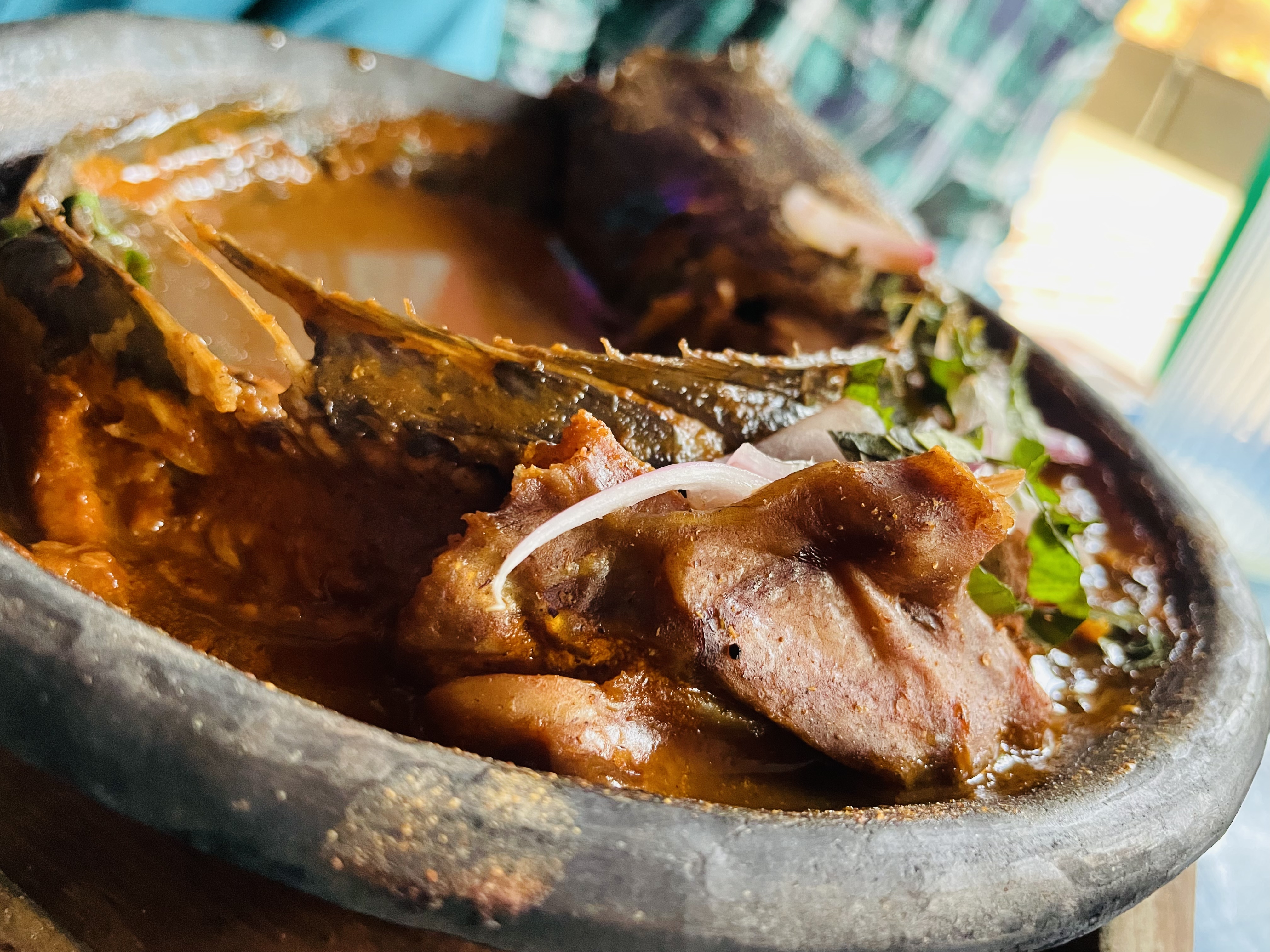 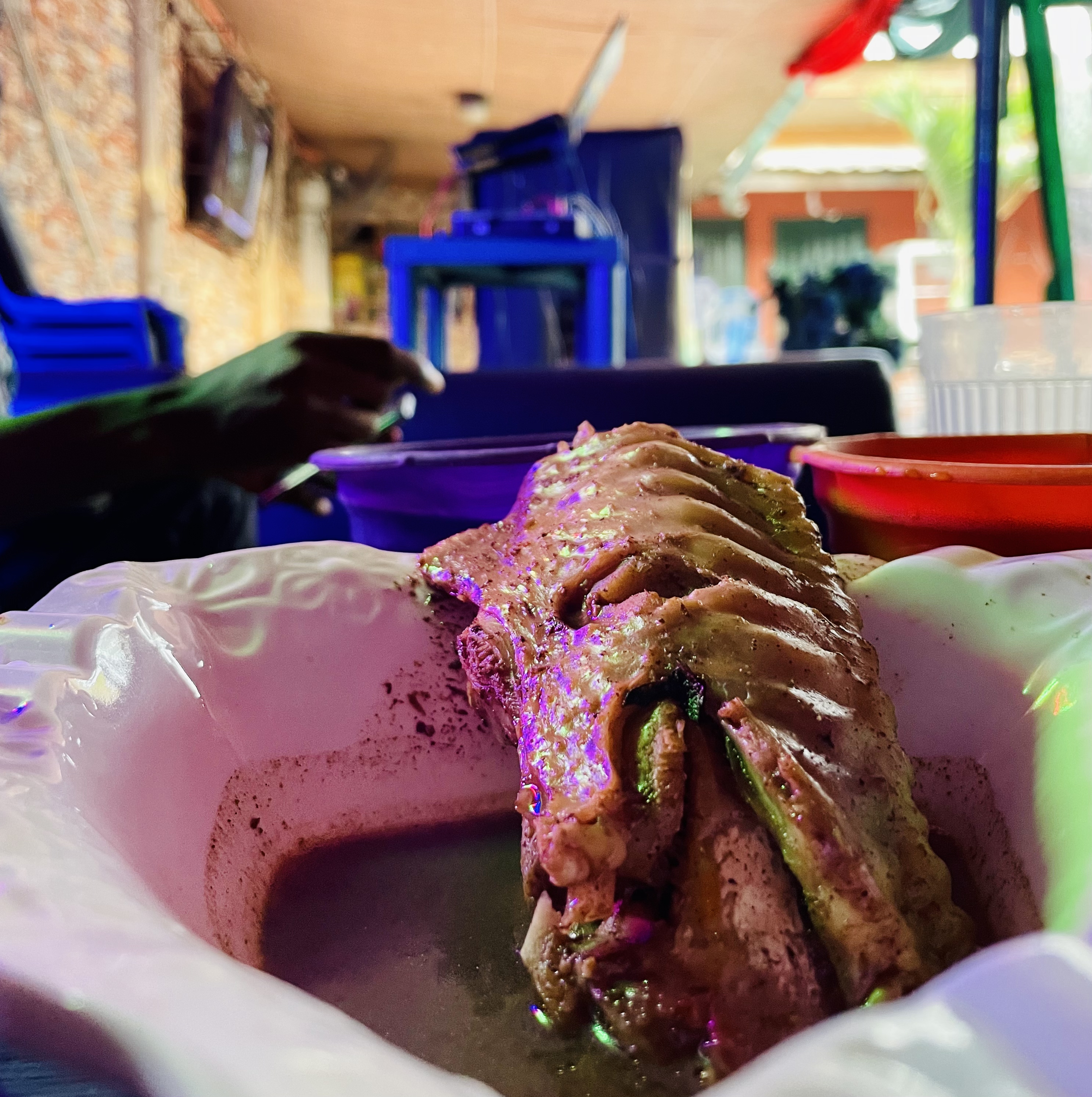 A Personal View Into The Meaning Of Spirituality (ecoTrain QOTW)

A Psychoanalytic Dive Into Incentivized Loyalty

The Nigerian/African Disposition On Marriage As An Endowment 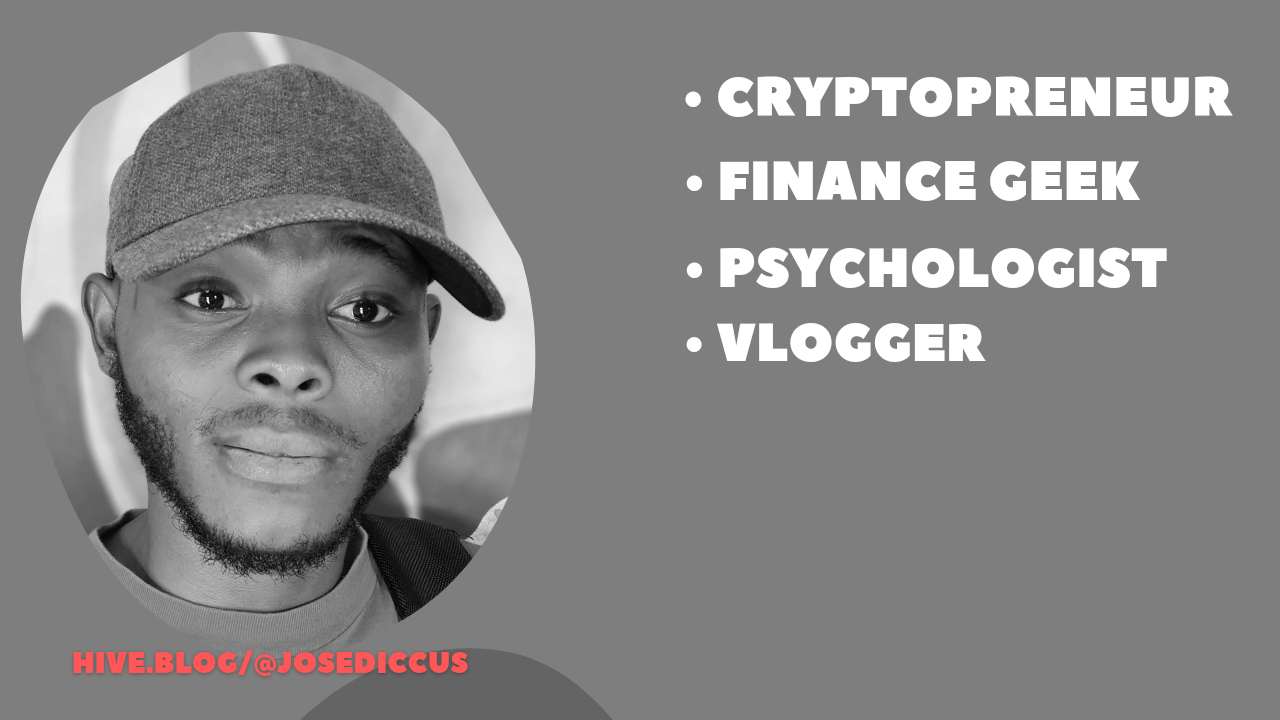 Nah, this isn't fair, just the pictures got my mouth watering and I am fasting.

Loolll you should actually see the video, its just three minutes and it shows you the main event, really you should. 😅😅😅, Please break the fast Hahah

Loool, you're not in Lagos na

Might be moving to Lagos soon, so never say never.

Who video you? That person na wicked pass 😩🥺 see enjoyment overloaded, haba na! Why did you had to post it for all of us to see nau 🤣 I feel like crying and salivating at the same time.

But how did that guy ate that soup that was boiling even after it was placed on the table? Na Korea he dey? 🤣

But sha, I love your smile at the beginning of the video where you held your origin drink... Cheers to the good life things 😊😇

I love the video, I wish I could go to a place like that... Abi I shu come to Lagos so you will take me there 🥺

Who video you? That person na wicked pass 😩🥺

Haha, it was actually a classic one, the guy on green did some of the shoot, while I did some of the other shoot, we had to shoot simultaneously from different angles to make it good. Then I did the after editing.

But how did that guy ate that soup that was boiling even after it was placed on the table?

Well, we ate it like that, while boiling, we took even some other culdron of the soup even if while it was boiling but I didn't shoot that part really.

But sha, I love your smile at the beginning of the video where you held your origin drink... Cheers to the good life things 😊😇.

Lool I actually don't take alchohol, the guys that came with me wanted to play a prank, so they ordered what I don't take for me.

You don't mean it, I have been waiting for you all along 😁😁😁

the guy on green did some of the shoot

Yes, that particular shot he took of you while you were devouring the turkey... That's the one I'm talking about 😩🥺 he's wicked 😂

I didn't shoot that part really

You should have, so we can watch Nigerian Korean eating 🤣🤣

😬 They played a prank and you drank it? You didn't right? Abi you high go house 😂

I have been waiting for you all along

You should have, so we can watch Nigerian Korean eating 🤣🤣

Loool how do you mean "Nigerian Korean"?

Yes, that particular shot he took of you while you were devouring the turkey... That's the one I'm talking about 😩🥺 he's wicked 😂

There were other parts we shot that we later trashed, but that particular one, he had to concentrate on aiming for the mouth, you have to admit the camera got the details hahah. Such a beast of a camera.

They played a prank and you drank it? You didn't right? Abi you high go house 😂

I later settled for malt but I trashed that particular video and didn't add it to the recording hahahah, lool high? Not me ooooo

how do you mean "Nigerian Korean"?

Korean people do eat their meals very hot and sometime while it's still boiling and I've never saw that in Nigerian so I just combined the names together if you that is a Nigerian eat such a hot meal too... You're a Nigerian Korean 🤣 wahala, see explanation first

I later settled for malt

Better, you are doing well

Looool forgive me, I hardly see kdrama that much hahah. But this kind of meal needs one to actually eat them hot, for it to be flavourful.
Thanks for stopping by lol, I enjoyed talking with you.
Plus, do join me, I go again next year hahaha.

Is next year not too far? 🙄 I'm fact, next year is too far o 🥺
It should be on my birthday month at must but I don't mind before then sha 🥺🤭🤣

😂 Is July o
I see what you are trying to do

With no doubts or argument. This is a typical chilling with the big boys!!!

But still and unstill, you be oga @ the top!

@josediccus why nah?
Why do this?
Who born you?
Who form you?
You're not a man of war nahhh...😅😂
This got me hungry and excited at the same time.

Loool I won't form big boy. It's a meeting of the local boys, so I am a proud representative of the local boys, I take my turkey with my hands lool, i wanted to reveal how I relax lol so I decided to go on a shooting tour this time hahaha. Thankfully, my ulcer isn't triggered by pepperish things.

My dear, there is indeed no shame.
Chop your thing with your full chest.
Nothing do you 😂😅.

I am glad to hear this. The ulcer is selective 😊
I don't have ulcer but my stomach has a low tolerance for pepper. It's so annoying!

The dish looks mouth-watering. Tempted to have a taste of it, even though I don’t eat fish.

Lol that's a lovely hangout for such a delicious meal, definitely a necessity after a long day

Mehn, you'd have been surprised to see me like that hahaha

Actually not, one has to loosen up and enjoy life!

I am busy working my ass of only to see a man eating..

It's the other guy for me.

No mind that guy he was totally expecting a turkey dish, the greed in his eyes hahaha.

Sorry for working your ass off brother man, come to Lagos, let me treat you to a dish.

I wish I can squeeze out time.

Maybe, during my leave I will squeeze out time.

No wahala, I could have come to the Ibadan meetup, then we could have done the treat, since you're there, but I would be occupied by then, sadly. It could have been exciting

We go sha see before the half of the year by God's grace and let it be known.. Heaven fit come down

This is really nice to watch, I found myself salivating all through.

Hahaha, thanks, it was nice