@joshman 73
about 2 months ago (Edited)
LeoFinance 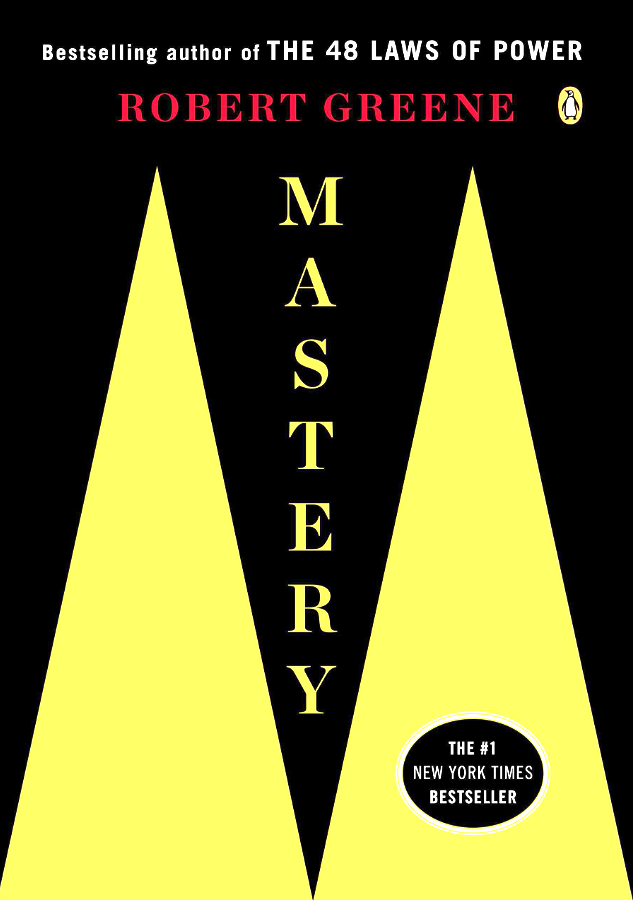 Having already read The Laws of Human Nature and The 48 Laws of Power, this was yet another expansive Robert Greene book. It takes a lot of time to get through one of his books. I must have read half a dozen shorter books while reading this one. It's just one of those books you read a section or chapter, and you put it down for a while. Not only is the print tiny, there is a lot of information to absorb. The thing I like most about his books is real world stories he shares to illustrate the concepts. Without them this could have been a much shorter book. For example, in Mastery he provides stories of the lives of several masters throughout history (even a few modern masters). They include Da Vinci, Goethe, Faraday, Edison, and Proust. The modern ones are people I hadn't even heard of. They included the US Air Force Pilot Cesar Rodriguez, and the Linguist Daniel Everett. To be completely honest I could have dispensed with the commentary on mastery and just read the stories. Not that it wasn't good, but the stories just stick with me. That could actually be the point though.

According to Greene, most people assume that mastery is a innate gift, but it never is. The master's works are only the tip of the iceberg. Many spend decades in preparation for their eventual mastery. If you have the natural interest, drive, focus, and put in the time (10,000 hours according to Malcolm Gladwell), you could achieve mastery. I think the key point is that if you don't have a visceral driving need to submerge yourself in the subject you intend to master, you will eventually lose interest. That's kind of the challenge for me. I thought I had that in my current field for the first few years. I probably had about 5 years of attempting to pursue true mastery before I began to lose interest. Now it feels as though I am riding on the coattails of that previous effort. This book did get me to ask myself: if I was to pursue mastery of something new, what would that be? What could I love to do enough to be consumed by it? Your guess is as good as mine.

I think the key point is that if you don't have a visceral driving need to submerge yourself in the subject you intend to master, you will eventually lose interest

This however is what many need to look into because this is just as saying never give up in what your chasing to achieve success and never let challenges and obstacles stop that mission in achieving it, though it won't be easy but will definitely worth it.

I think the point is, if you have that deep down love of what you are doing, giving up isn't considered. If you are choosing for rational reasons (such as making money), you probably will give up.

I often hear the debate that talent is in-born. But Ive never believed that and am glad you've cemented the fact in this article. The hours and hours of hard work people input to become masters at what they do is usually behind the scenes, and most people don't care to know about that side.

Yup, we often see the result of hard work, but rarely the hard work itself. The term 'overnight success' is basically BS.

Robert Greene is really a great author,I have read The 48 Laws of Power countless times and its indeed a great piece worthy for a read. I will look for the Laws of Human Nature,thank you for the post.

Cool, glad you found this useful.

Well this is educative, I mostly think that it's difficult to attain mastery if there's no intrinsic drive. Sometimes we need the sentiment of pure interest to derive motivation especially when what we're aiming to Master is quite challenging. Taking long to master something isn't even the most important, I guess it's how well we go about it.
As for you, I do think if you have genuine interest, then it'll be possible to master what you want... At least this is what I think.

That is a fair assessment, thanks for your comments!

Yeah, although, there might be other ways to look at it as well.

@tobetada 74
about 2 months ago

I thought I had that in my current field for the first few years.

what field was that?

Focus is a very powerful thing, and much needed to become a master. Most people were gifted to accomplish things but If they lost focus, they ll not be remembered no matter the gifting..

Congratulations @joshman! You have completed the following achievement on the Hive blockchain and have been rewarded with new badge(s):

if I was to pursue mastery of something new, what would that be?

Now, I'm questioning myself, too. I think that would be trading aside from writing, haha. Thanks for sharing a review. I would definitely put this book on my list of books to read next.

You're welcome. I'm glad you enjoyed it.

There's an interesting thing I've become aware of recently, @joshman and that is that some of us are designed to master one thing and others are designed to be perpetual learners. That is, as soon as we master one thing to a high enough level we lose interest so that we can become a novice again on a new subject and work towards a level of mastery of that one thing. The cycle repeats for life. Interesting thought, hey?