While going public is a great way to raise capital, it does have some major drawbacks, at least from the company's perspective.

Things that were proprietary previously or unknown may suddenly become common knowledge.

For example, we now know that Coinbase made $1.1 billion in revenue last year, and made a tidy profit of over $300 million, however, it actually lost money in 2019 as it wasn't able to generate more revenue than it's cost of operations.

Also, we now know that roughly 96% of its revenue is earned via trading/transaction fees it charges users, something that was unknown before now.

With the majority of that coming from its institutional clients: 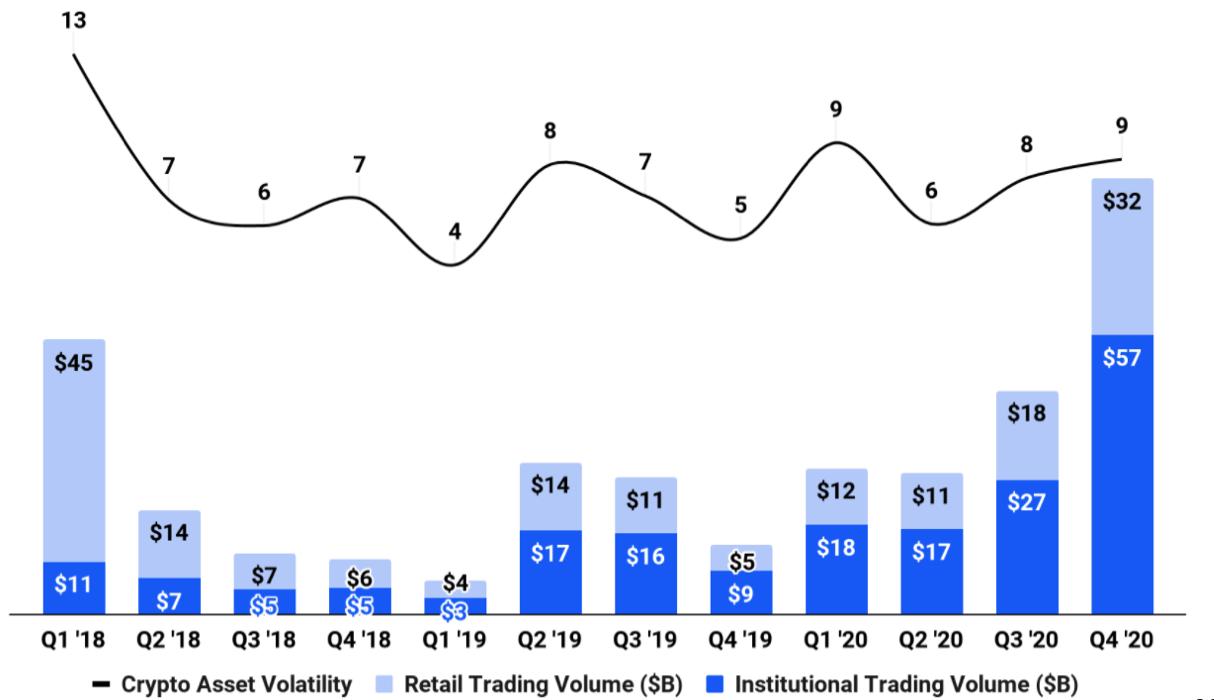 Which is also interesting considering the majority of its revenue came from retail clients prior to 2019.

Some other interesting tidbits...

We can also see the ownership breakdown which was previously private information...

Surprisingly, or not surprisingly depending on how closely you follow these things, Marc Andreessen is the largest equity owner of Coinbase.

He holds roughly 25% of Class A stock which is what will be listed on equity markets: 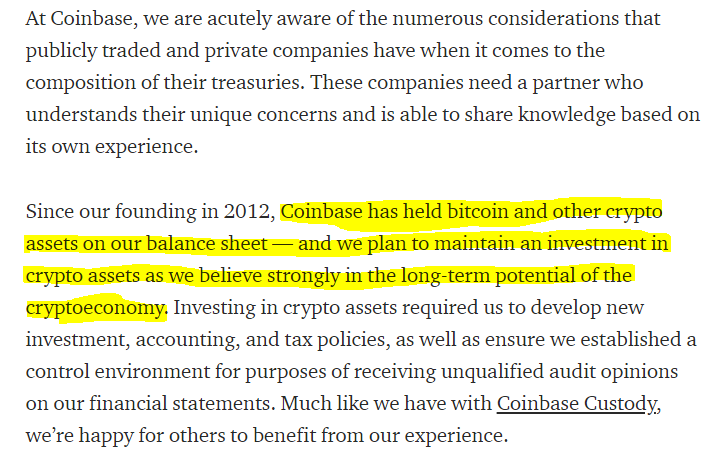 While they didn't say exactly how many bitcoin they hold currently, they did say they plan on holding it in the future.

Once they are publicly traded, which will likely be true in the coming months, they will join the likes of MSTR and TSLA, which hold 90,531 and 48,000 bitcoin respectively, as large publicly traded companies holding bitcoin on their balance sheet.

The private market trading implies that Coinbase will go public with a market cap between about $80 billion and $100 billion.

Imagine if they start doing debt offerings to buy bitcoin similar to what MSTR has been doing...

Makes me excited to trade coinbase so I can get back my fees I pay them for trading!

Haha there you go! The stock should do very well as long bitcoin is in a bull market.

I will probably be right there with you!

Which is also interesting considering the majority of its revenue came from retail clients prior to 2019.

This caught my attention, tells me smart money started loading bags shortly after the havening.

I imagine this will occur with every halvening now

Makes sense, good knowledge to stash away until 2024. Might help with timing the market, every little bit of info helps.

Yes definitely I’ve always had this weird thing since 2016 to buy buy each year 0.001 BTC even when I’m dead broke and regardless of price precisely because off this... wish I’d bought more now obvs fml 😅

Yea I mean if this pattern continues we will see another one of these massive bull market peaks that goes way higher than wherever this one peaks in 2025 or so.

Definitely keeping an eye on the coinbase IPO. I know the company is recently profitable but I haven't decided if I think they'll continue to be profitable through the next market down cycle. Like anything I think a DCA approach will do the trick.

Yup, with 2023 kicking off an accumulation phase.

other valuable information! Thanks

As a publicly traded company, won't they have to declare then the amount of bitcoin and other crypto they'll have on their balance sheet? Transparency is good... for the market.

Yep, I would assume so. And yes I agree that it is. I look forward to the amount of money they are going to take from Wall Street and bring to crypto, instead of the other way around.