Institutions are buying the Bitcoin dip, are you?

Some have been speculating that due to the recent large drop in bitcoin that perhaps institutions have slowed down their purchases or perhaps been spooked all together from buying more.

We can see very clearly that is not the case.

Based on data from CryptoQuant, we can see that several large tranches of bitcoin were removed from Coinbase Pro just in the last several hours. 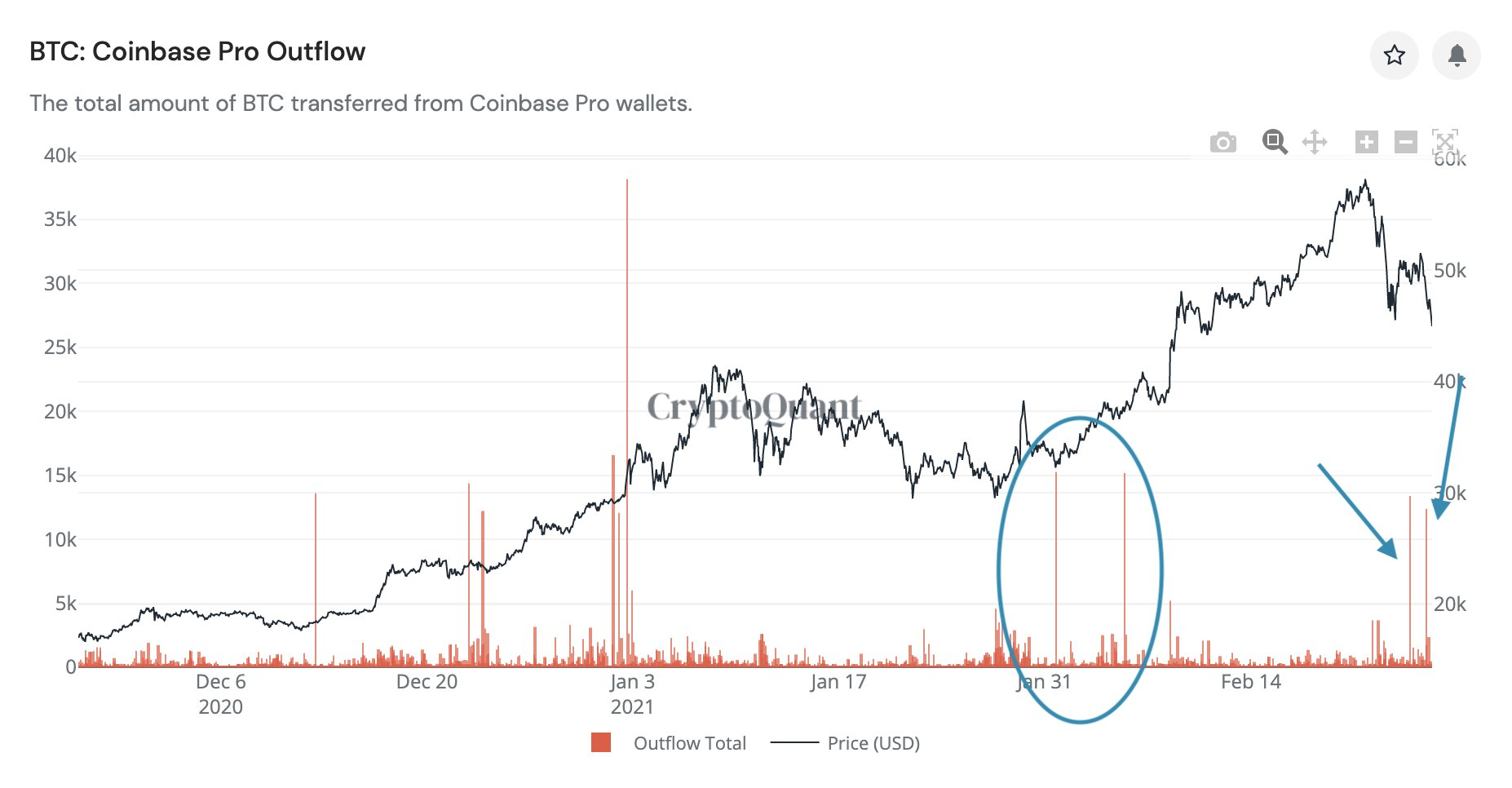 Over 12k bitcoin moved in just the last few hours and roughly 14k moved a few hours prior.

As you can see these large outflows are rather rare with only a handful of them happening this year thus far.

Why the large outflows?

While it's impossible to know for sure why a large amount of bitcoin moved out of CoinbasePro, I think the most likely reason is pretty simple...

To me the most likely reason that bitcoin would leave CoinbasePro is because it was just purchased and moving to cold storage.

While there are other possibilities, that seems far and away the most likely one.

In dollar amounts, those moves were worth roughly $600 million and $700 million respectively.

Could it be corporations buying more?

We know both MSTR and TSLA used Coinbase to fill their corporate bitcoin purchases and wouldn't be shocked if others are doing the same.

Watching the outflows from CoinbasePro is probably the best way to tell before the news breaks that institutions are gobbling up more bitcoin.

So, while the dip was scary we have pretty good evidence that the institutions didn't go anywhere and are using the dip as a buying opportunity.

Those guys are professionals. We'll be good. Or even better than good.
HODL!

They are happy to soak up what retail panic sells. And so the liquid supply gets squeezed tighter and tighter...

I had read last night or this morning that a lot of people were cashing out their Grayscale shares. They potentially weren't happy with the stall and drop that we were seeing after the high of $58k and were moving their money elsewhere. I am not sure how accurate that is, but I found it interesting and foolish on their part.

nice article, what are your opinions about the dip? how low can it go?

Less juice in the tank
#btc clearly is heading North
March is approaching and thing
will change for the better
#btc could hit $100k before year end.