Mr. Wonderful flip-flops on Bitcoin and now invests 3% of his Portfolio! 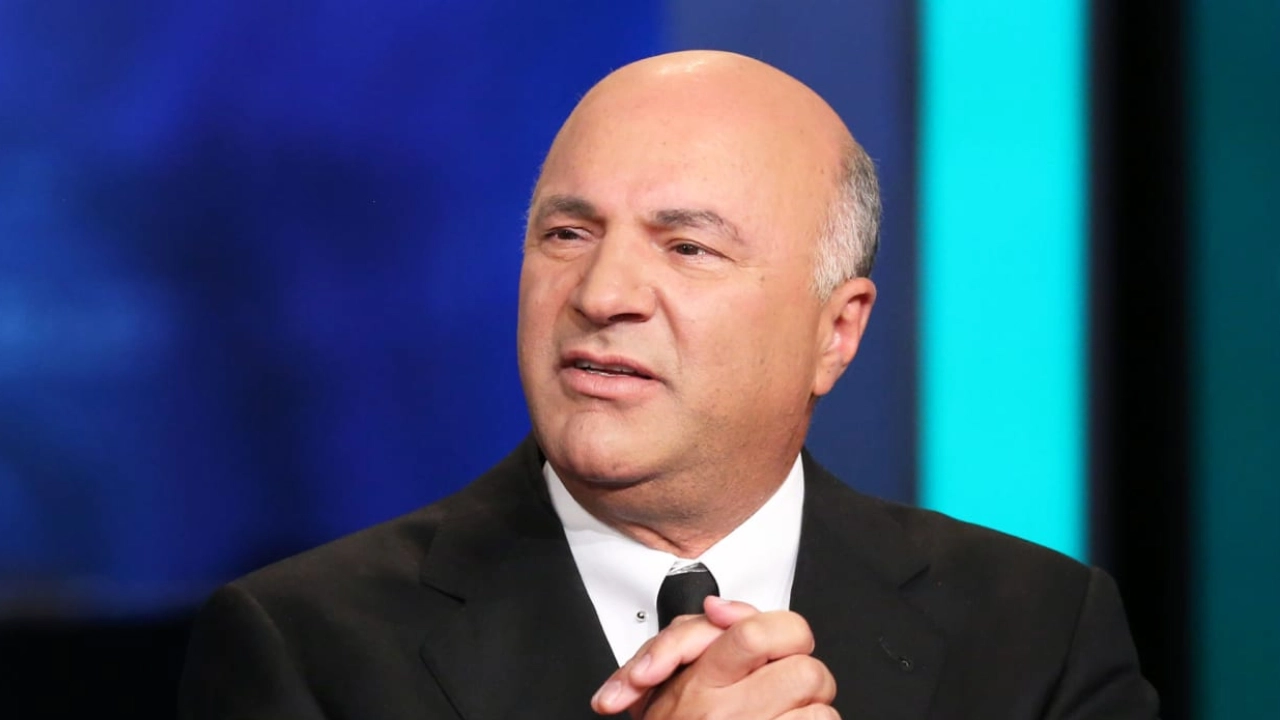 If you've ever seen Shark Tank, you know how cruel and pointed Mr. Wonderful, aka Kevin O'Leary can be.

He doesn't mince words and often delivers the harshest of truths without a bit of tact.

It's part of the reason he's comically known and referred to as Mr. Wonderful.

That type of attitude is the same one he has demonstrated towards bitcoin over the years, calling it all sorts of names with the recent one being "a giant nothing burger".

Basically claiming that bitcoin wasn't going to be around a few years from now.

What's more, he eventually followed that up by saying bitcoin was in a giant bubble and grown men were going to weep when it eventually bursts. (paraphrasing from memory)

Well, it appears Mr. Wonderful has changed his tune...

He has now gone from a big nothing-burger to investing roughly 3% of his portfolio into bitcoin.

Who will be next to go down the Bitcoin Rabbit Hole?

The irony about this move from O'Leary is not just that he bashed it prior, though that is pretty ironic as well, it's how much he bashed it.

He even did a debate with Anthony Pompliano where he forbid Pomp from putting roughly 50% of his net worth into bitcoin...

The change in tune was not lost on Pomp: 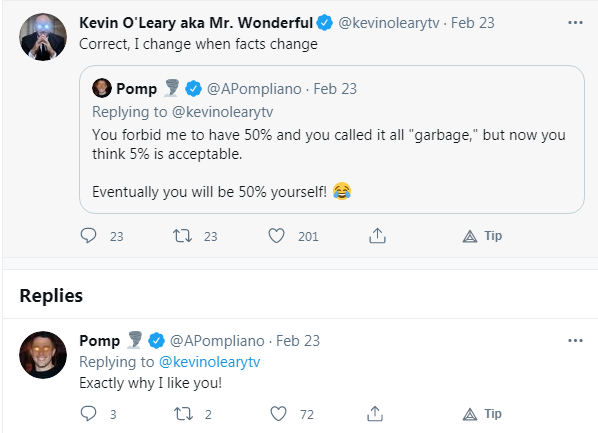 The great thing about O'Leary and all great investors for that matter is his/their ability to admit when they are wrong.

O'Leary very clearly stated here and on CNBC this morning when they interviewed him that the facts around bitcoin have changed and so has he.

Specifically he mentioned that ETFs being approved in Canada and other places meant governments were finally onboard with it.

When you combine that with the fact that billions/trillions in new stimulus is/are on the way, an investment in bitcoin makes a lot of sense.

In fact, O'Leary said that the 3% allocation may go over 5% in the near future.

Yep, that guy is full of humorous quotes...

Could Peter Schiff be the next to make the leap? Who do you think?

Behind the smoke screen of these sorts of turnarounds of opinion, perhaps what we're seeing are signs of more and more crypto mainstreaming.

Yep, I think that is exactly what is happening. This guys has a lot of followers and people will see this change of heart as a sign that perhaps they should take another look at bitcoin.

Yet another example to follow in the investor community.