A journey through time: introduction to Visigothic architecture

@juancar347 77
about 2 months ago
Architecture+Design Although there are still some worthy vestiges, in reality there are not many examples of Visigothic architecture that survived in Spain after the Muslim invasion that occurred in the 7th century and subsequent and continuous bankruptcies, which even occurred in modern times. But they are, nevertheless, sufficient to give us an idea of what their sacred models were basically like and how, based on many of them, new ways of conceiving Sacred Geometry were adapted, adapting to the requirements and circumstances related to each era. For example, we could suggest that the basilical shape of the plan of their churches continued to be maintained, especially in the great monasteries, once the resistant Spain of the North was consolidated, the old Roman roads opened with the discovery of the supposed tomb of the Apóstol Saint James and resumed a traffic, through which there is no doubt that both Benedictines and Cistercians entered, whose architects or Magister Muri, were involved in the remarkable mission of raising some monasteries, which in many cases surprise, not only because of their beauty but also for its elegance, magnitude and proportion. To speak of the Visigothic period, means, I have no doubt, to speculate with a trip back in time to the heart of a lost epoch in History, in which the socio-political and factual estates that were to increase were beginning to be seen severely, but always with the same associates, during the so-called High and Low Middle Ages: the Crown and the Church. So, my photographic proposal is in monochrome, on this occasion, because I consider that it perfectly represents that era and that melancholic vision of the Visigothic spiritual world, which for centuries remained the visible head in Spain of an Ecclesia in full expansion. The remains of the Visigoth church of Quintanilla de las Viñas are not, perhaps, the most spectacular, since barely a small part has been preserved, but they can be considered significant enough, because they gather, in so little, much of what It characterized, precisely, the Visigoth churches and monasteries settled in the Iberian Peninsula. It had, like all the churches of its kind - where it is verified that the Visigoth master builders already had certain mathematical knowledge, including the so-called golden or golden number - a basilica-shaped plan, or if you prefer, in the shape of a Greek cross, with four equal arms. In their execution, they also used modillions, arcosolios, capitals and columns as key elements of the building's framework and in them, as would happen centuries later with other later architectures, they developed, roughly, their spiritual vision, in the form of decorative elements that they always obeyed the same motives. Some reasons, where the presence of two ambivalent realities is confirmed, the Sun and the Moon -antagonic representatives of the ancient cult wars between the supporters of the Matriarchy or Lunar Cult and the supporters of the Patriarchy or Solar Cult- the birds, representative, for the general, of the human soul, as well as the use also of the bunch of grapes -symbolically the blood of Christ, sipped by the priest in the Eucharist and even beyond, a reference also to his lineage, which is called in some areas as ‘The Vineyard’- griffins and lions. All these representations, as well as the presence of primitive crismones -whose initials, in this particular case of the Visigothic remains of Quintanilla de las Viñas, pose a challenge for researchers, who pretend to see in them the first initial of biblical quotations or even the initials of the Magister Muri who directed the work - can be seen with the naked eye, on the outer border that borders part of the remains. Another type of representation, inside, is the representation of angels that seem to highlight a sanctified figure, whose invocation was probably the one to which the church was originally intended and is a magnificent example of Visigoth sculpture, which in the Ultimately, it could be added that it served as a precedent for later pre-Romanesque and Romanesque temples, which from the ninth century began to constitute what modern historians began to call, at some point, as the architectural arts of Christianity par excellence. 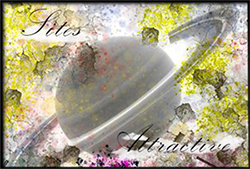 I have never seen Visigothic architecture. It looks like from ancient time.

Yes, it is very old. These remains must belong to the 4th or 5th century after Christ, so that it could be said that their old age is venerable.

Hi, my friend. Have a Happy Day

Hello @juancar347. It's quite a privilege for you to witness in person some rare remains of Visigothic architecture. The church of Quintanilla de las Viñas, with its interesting sacred geometries and symbolisms, is still amazingly intact for us to admire. These distinctive details, though humble in their presentation, tell us a story of epic proportions during an era when Spain was dominated by the Visigoths, a Western European power in the 5th to 8th centuries. Am I making sense?

In fact, yes, it can be said that you are right in your approach, because it was these, who after centuries of submission under the sandals of the legionaries of the Roman Empire, assaulted Rome in the fourth century (Alaric) and established themselves in power. , ending what is known as the Eastern Roman Empire. Obviously, this meant that the colonies also became dependent on them and Roman Hispania became Visigothic Hispania. Alaric was a leader but also a politician, like Constantine (Eastern Roman Empire) and soon made good and necessary friends with the Church, which had already settled in Rome. This building, even with its notable deficiencies (on another occasion I will show some more complete examples), is a witness to an era and a way of seeing Architecture, Art and Religion, in a certain way. Thank you very much for your comment and kind regards.

Wonderful. It's certainly interesting to see how Spain was influenced by the Visigoths during their prime in history. Looking forward to more examples of these impressive remnants of architecture. Have a great week ahead. Best wishes my friend. 😊

Thank you. I also wish you a happy and prosperous week.

This is the first time that I encounter Visigothic architecture. With your blog, I learned something new today about architecture.

For me it is gratifying that my post has been of interest or use to someone. Spain was under Visigothic domination for centuries, although unfortunately, the vicissitudes of our long history have not preserved too many elements of their presence and architecture, although they have enough so that we have an idea of what they were like and also, incidentally, how they influenced and evolved later artistic styles. Over time, I will show some relevant examples. Greetings

Well done @juancar347! We're happy to inform you that this publication was specially curated and awarded RUNNER-UP in Architecture Brew #50. Congratulations! Always honored to have you @juancar347. Cheers! 😀

@sorprendente 62
about 2 months ago

Because of the influence of Spain in America, Visigothic art has spread and there are still remains of it that show a part of the colonial period in our American continent. The thick architecture, rather than fine in my opinion give a great strength to the buildings and is what allowed it to endure in some exemplary ruins like those you have shown of Spain. I appreciate your complete publication friend @juancar347. Blessings and a happy week.

I highly doubt it and of course, I do not agree with your comment. The Visigoths, their way of life, their world and their art, completely collapsed in the 7th century with the Muslim invasion of the Iberian Peninsula. Invasion that gave rise not only to the incorporation of new artistic and architectural styles, starring Mudejar and Mozarabic, but was also the prelude to the north, when the old Roman roads were reopened with the discovery of the tomb of the Apostle Santiago, of the opening of new techniques, new styles that gave rise to the pre-Romanesque and the later Romanesque. At the end of the 14th century, with the capture of Granada by the Catholic Monarchs and the appearance of Columbus, there was hardly any trace of the Visigoth world, so you will understand the impossibility of their art reaching America as well. It is true that Spain imported many things from the art and thought of the time, a time when even the Gothic style, which replaced the Romanesque, was already in full decline, giving way to other styles, such as Renaissance, Baroque or even the Plateresque, which were, in reality, the ones that were basically exported. Greetings

@sorprendente 62
about 1 month ago

Exactly. The last thing you say is correct but in these currents, like the baroque and all other styles are not independent of each other. Inspiration arises and new artistic movements are created but always inspired by the past, never escapes from them even in modernity we are impregnated with the old, the old. But speaking of some features of Visigothic architecture, which in my opinion is crude, lacking beauty as the Renaissance, for example, but also analyzing the pieces of art, specifically architecture of the colonial era, the Visigothic influence is noted and even other older influences, although it is little because history connects and evolves but brings tail, dragging the past that is the source of inspiration when it comes to architecture. There has never been total disconnection between any current. But I understand your very well-argued explanation according to the records. By the way you have given me valuable data. But I have my opinion in this healthy debate. Thanks my friend and I wish you a happy week.