Despite external differences, all living entities are spiritually equal

Whatever a person or group says, if they cannot entertain the idea of inclusive and all round acceptance of anyone and everyone into their group, then they are lacking in true vision. Which means that they are lacking in knowledge. There are some groups that are prejudiced and exclusive, only allowing others into their community based on birth or race. They may even be religious or spiritually based groups. However, if they are unable to understand the basic precept of equality of status, regardless of bodily difference, then they have missed the mark. 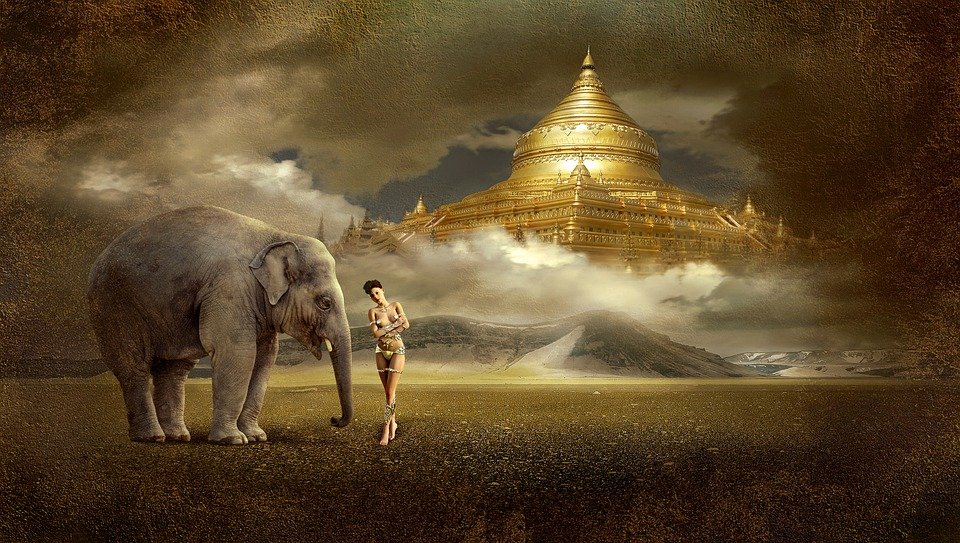 When I was young I grew up in Apartheid South Africa. The Afrikaner-led government, from descendants of the Dutch and French Calvinist Christian sects of Europe, actually based their political exclusivity upon their religious philosophy that not all are equal before god, or in spirit. Some would even go so far as to say that the black man had no soul, like an animal. This absurdity clearly exposed their serious ignorance and their utter illusion.

Today the political climate is totally changed and the black man runs the nation. The old Dutch Calvinist or French Huguenot descendants no longer have much say. I presume their religious doctrine is also more enlightened, though I can’t say for sure as I don’t attend their meetings or read their dogma.

Still, it boggles the mind to remember how there was actually a time in history – in my lifetime – where our fellow human beings were considered soulless. I presume this may have also occurred in America during the days of slavery. We can look back on it now as a distant aberration in the psyche of humanity. It may have been politically motivated but in some cases it is religiously motivated, by people who consider themselves seriously pious and god-loving people.

And by seeing themselves as right in the eyes of their god, they were able to behave in the most ungodly or reprehensible manner to their fellow man, in the name of that religion. We still see it today in certain religious fanatics of Islam and in certain political groups. Racism and prejudice has always been there instinctively in those of a tribal disposition, but when it is justified by your so-called spiritual teaching, then you know that the bar has fallen way lower than you would consider possible.

In other words there are times and places in history where, in the actual guise of piety, spirituality or religion, a certain sector of civilized society can perform the most degraded activities toward their fellow man. That to me is a lowest form of depravity and illusion. Unfortunately religion is often perverted by politics or some narrow minded agenda.

Can you imagine the level of illusion such people must be under? When crimes against humanity are perpetrated in the name of god or wisdom, then we know that the world is truly in the dark ages. It happens sometimes that righteous paths are hijacked for nefarious ends. The teachings of Christ have been hijacked on more than one occasion in history, as well as those of the Vedas, which actually led to the advent of the Buddha thousands of years ago.

And still today it happens and jihadists are duped into killing or dying for a politically distorted dogma, while under the illusion that they are performing righteous and spiritually good action. This is why one needs to be educated in real philosophy. Any charismatic leader can recruit young ignorant members to their bloody cause, resulting in tragic consequences. We should be informed and never allow ourselves to be led by the white rabbit or the pied piper into degradation.

It simply requires education and information. For example if you want to know matter and spirit, or human nature and the true state of consciousness, then you only need to look at the text books on the subject, namely the ancient Sanskrit Vedas of prehistoric India. In a time long before the political constructs of our past centuries, the information was present, and still is today. A simple truth is presented regarding our natures as human beings and actually all living entities in the Bhagavad Gita:

“The humble sages, by virtue of true knowledge, see with equal vision a learned and gentle brāhmaṇa [priest], a cow, an elephant, a dog and a dog-eater [outcaste].”

Bhagavad Gita As It Is chapter 5:18 translated by Swami A. C. Bhaktivedanta

Here we can see that not only humans but all animals and all life is considered animated by the presence of an eternal spirit soul. Consciousness in any form is only possible due to the presence of the spirit soul within than body, be it a human, animal or plant. Culturally and socially we discriminate. You don’t go and pet a tiger. Yet with knowledge, ones vision of life is clear and unbiased. Not even in the political and social circle of so-called spiritual India do we see this though. The land of the Vedas is today steeped in racism and prejudice against those of lower castes, as they label them.

But the original philosophy on the matter is that we are all animated by spirit. Our original spiritual identity (atma) temporarily inhabits one body or another, and simultaneously the Supersoul (paramatma) or god is present alongside the soul in that body. The two are present in the one body. And the quality of the soul is “sat chit ananda” or eternal, fully knowledgeable or conscious, and also blissful. The difference lies in the covering of the body and mind. Otherwise we are all equal before the eyes of god. It’s as simple as that.

Congratulations @julescape! You have completed the following achievement on the Hive blockchain and have been rewarded with new badge(s) :

The title of this article alone speaks of equality before God. As I always say, I love to learn and with you I have learned a lot with this kind of article. Truth always comes out to flourish, wisdom is shared and used for good, like a Veda, you make the lessons transparent and worth appreciating.

As for religions, just by being called by such a name or labeled by such a name, it is already an imposed dogma. Even the scriptures have been hijacked, for example the bible and its congruencies. It is necessary to understand this before taking the path of Christianity, to admit that within this religion there are false prophets, false leaders and false words that have been imposed since the death of the master Jesus.

But there is the mission of the good men, of those who share the wisdom of the master, that the world depends on them. It is good to know that there are still free people, people who share these kinds of lessons so that the rest of us can learn and open our eyes. We are all equal before God, and that can't be changed, we are creators and creations, we are parts of him.

Thank you as always, you are great.

Hey there Pavan, I'm so glad you are inspired by the post here and that you are a true spiritual seeker and practitioner. You will go far with your natural inclination towards deep insight and spiritual awakening. I am happy that we can connect here as fellow seekers on the path of consciousness awakening.