Pet in the garden! So cute!!

@kennyroy 67
2 months ago
HiveGarden
I love gardening and in my gardening I also have pets. I used to have a pet cat and a dog and the cat I cared for suddenly disappeared. As for the dog whose name is CASPER, we returned it to its real owner, we only took care of him for about 3 months until he grew up. When CASPER was given to us about 2 weeks later, the two rabbits named Cookie and Bun-Bun were given to us next because they said they couldn't take care of them anymore. And since I love cute animals and we also need a pet for my kids, I accepted it all. ^_^
CASPER and BUN-BUN were given to us at less than a month old. We took care of it and fed it with the grasses around us. But in their first month with us, we buy pellets for them. When they were two months old, I fed them grasses around, and sometimes I went to the supermarket to ask for the lettuces and cucumbers they throw away. 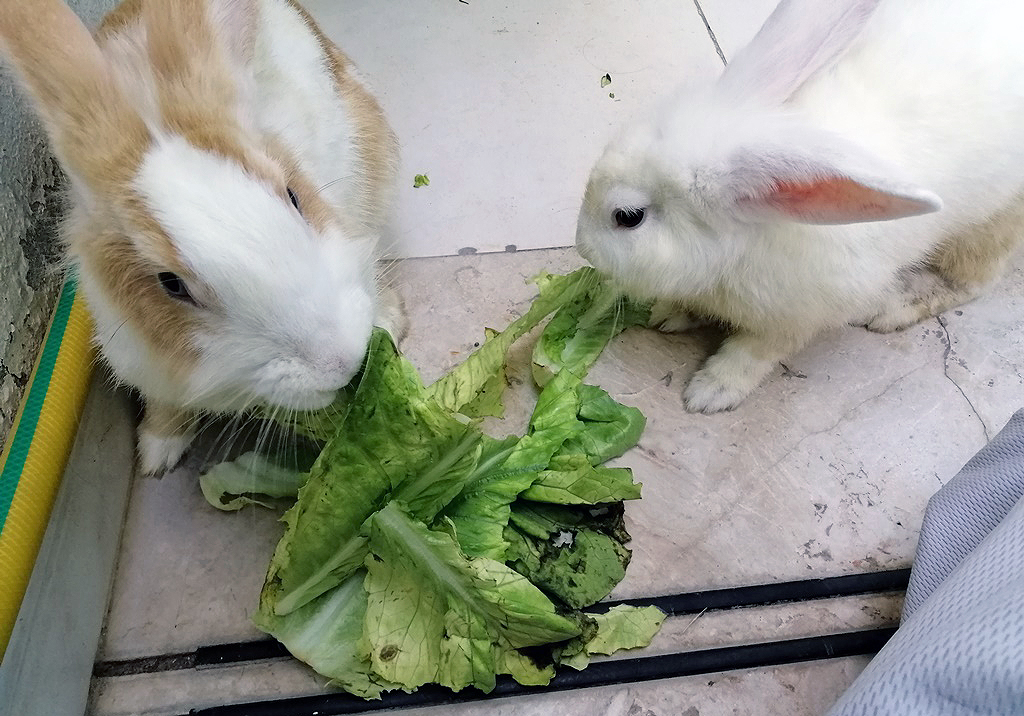 COOKIE is the brown one and BUN-BUN is the white one. COOKIE is a girl who is not mischievous and mild-mannered. They eat anything except OREGANO leaves. Even cookies or rice they eat. They are like hamsters that bite even wood, rubber, and plastic.
This is one of their favorite foods when I let them out of the house, the "Moringa". They have used up the Water Spinach that I planted so I need to multiply water spinach first. Hahaha. 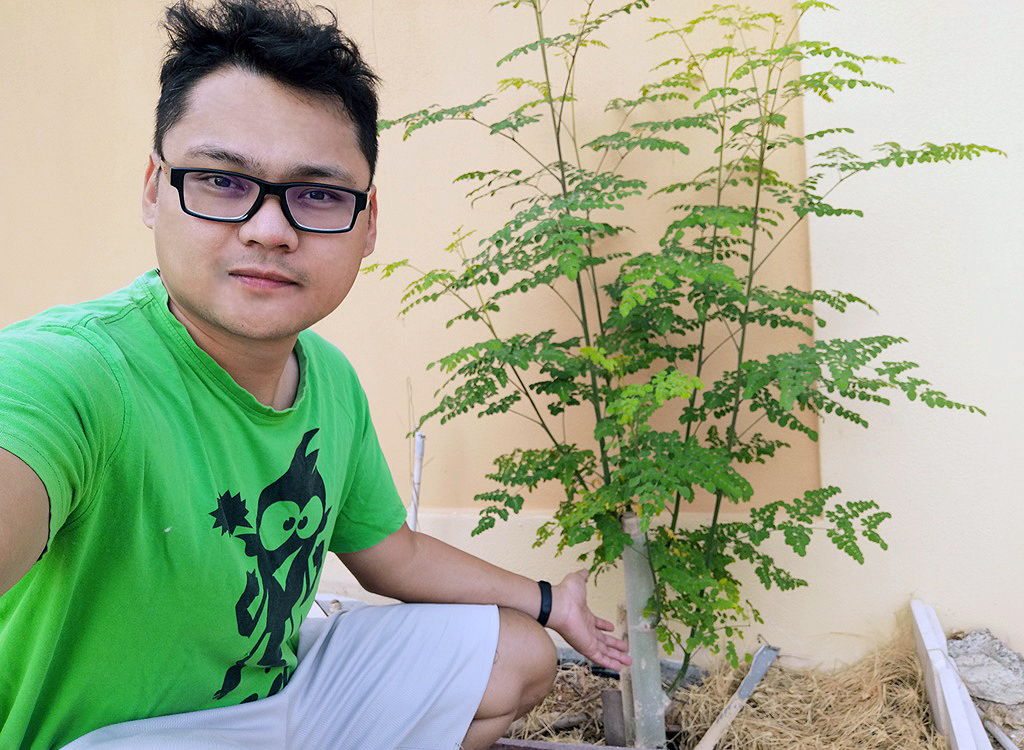 Maybe right now I need to buy nuts instead of the leaves of my plant that they ate? When I see a lettuce leaf at the SuperMarket that they threw away, it's a jackpot for my rabbits! ^_^

This is the main point of the story

The baby rabbit! I've been sick so I'm just now sharing this with everyone that our pet rabbit has given birth. It's like a small baby mouse in its smallness and softness that my wife and I found on the floor near the washing machine. 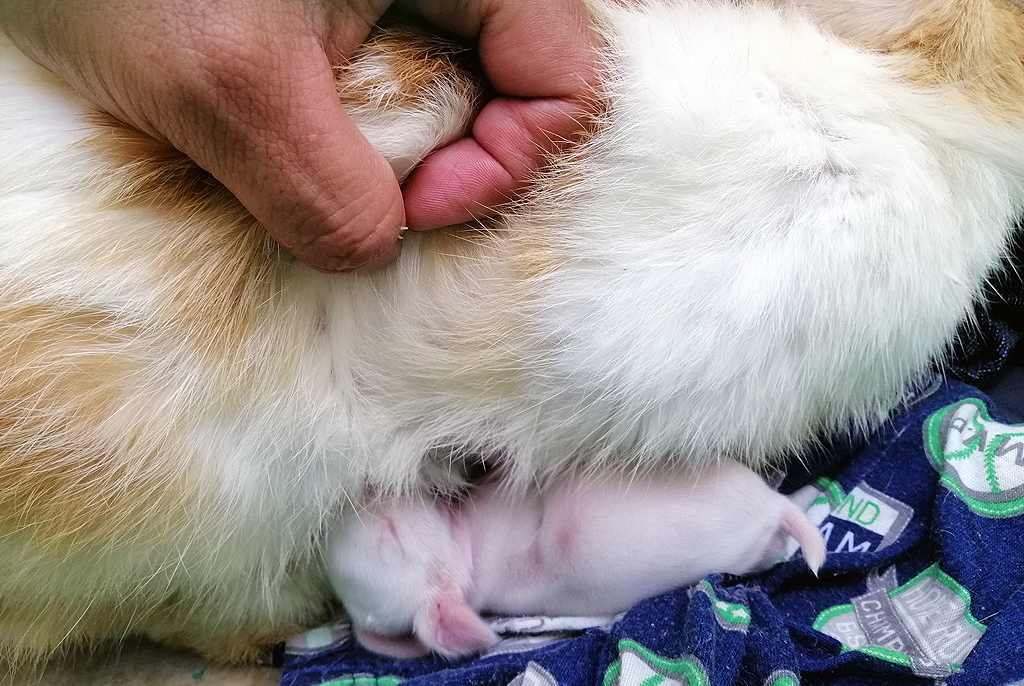 It had no fur when we saw it on the floor. My wife is afraid to touch it because of its softness and smallness. This rabbit is only one, unlike other rabbits that give birth to 3 to 6 pieces. 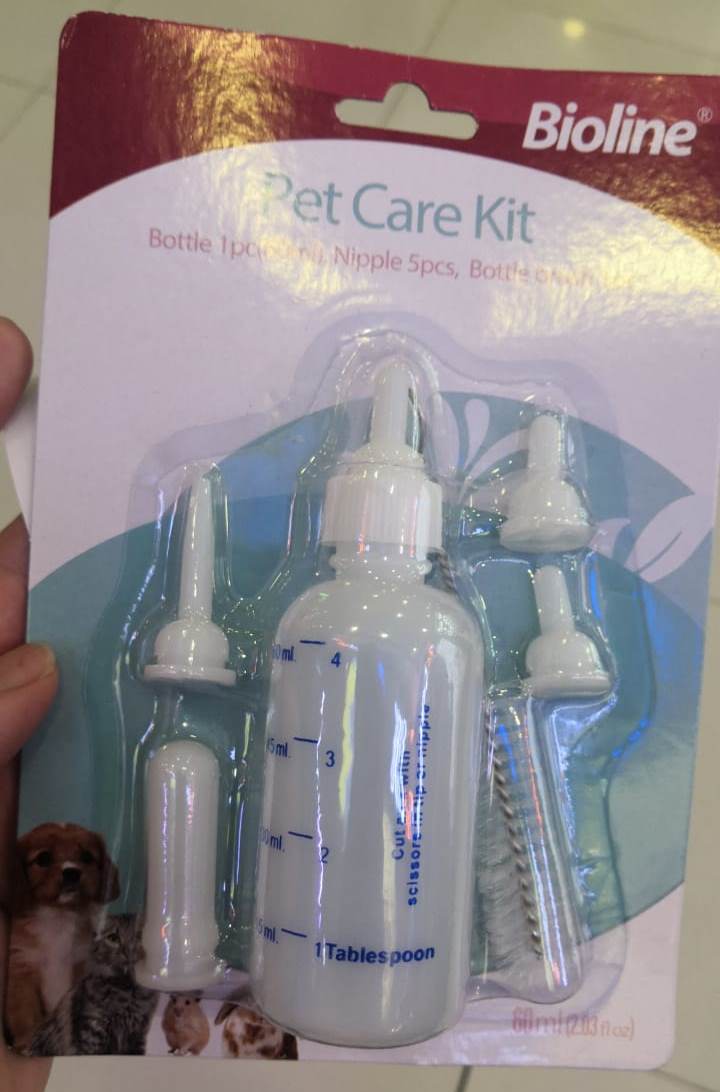 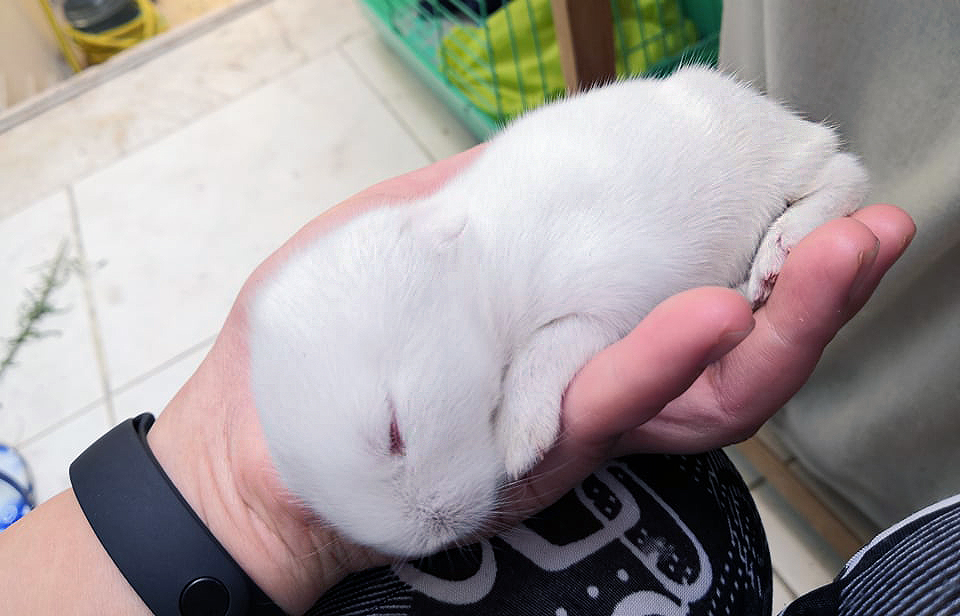 In the second week or on the tenth day, it can start eating vegetables and fruits. Maybe we should start feeding him cucumber and carrots or oats if she will like it? 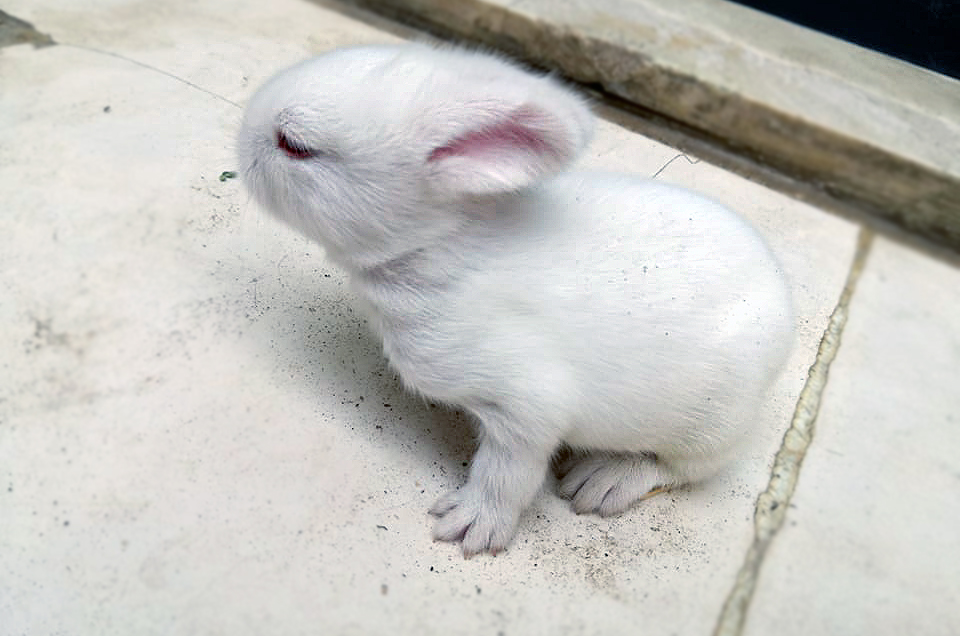 Yes, the rabbit is a girl! hahaha. At first, they thought it was a boy but when I looked closely it turned out to be a girl! ^_^
gardenjournal gardening proofofbrain ecotrain nature neoxian pet
0
0
0.000
10 comments

Ahh he they are so adorable.

How beautiful the bunnies, you made me remember when we raised rabbits. We had 60 rabbits. It was too many.
It was a charming and uplifting experience.
I learned a lot from the rabbits.
Thank you for sharing.
Best wishes

Wow! That's a lot! ^_^
What happens after? Where are the rabbits?

Then we don't let them reproduce anymore, separating the males from the females.
Many were given away and others died of old age.
Over the years we had no more rabbits.
It was a nice experience, but so many animals require a lot of attention.