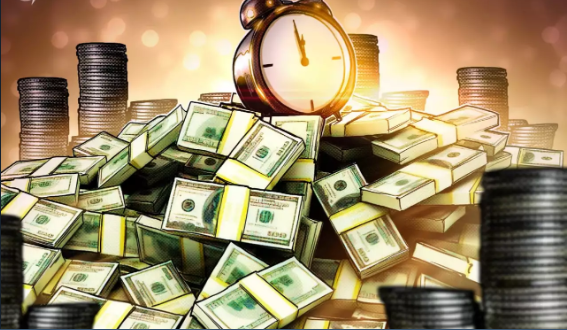 "Celsius Networks, a crypto lending company that had frozen withdrawals in June and has been proceeding through Chapter 11 bankruptcy since July, asked the United States Bankruptcy Court for the Southern District of New York for permission to sell its stablecoin holdings" [Attlee, D. Celsius requests permission to sell off its stablecoins. (Accessed September 16, 2022)]. "In addition, the lender company states it will sell its both existing and the future stable coins which are yet to come" [Angel, J. Celsius Network Submits a Request To Sell Its Stablecoin Holdings Worth About $23M. (Accessed September 16, 2022)].

But, whoa there Celsius - better hold on. Both Texas and Vermont have filed objections to Celsius' 'plan' with the Court.

"The filings come after a Sept. 15 notice from Celsius’ legal team asking the United States Bankruptcy Court for the Southern District of New York for permission to sell its stablecoin holdings, reportedly worth around $23 million. A hearing to accept or decline the motion will occur on Oct. 6. However, the move has not gone down well with the Texas State Securities Board (SBB), the Texas Department of Banking, and the Vermont Department of Financial Regulation, who filed objections on Sept. 29" [Quarmby, B. Texas, Vermont regulators object to Celsius stablecoin sale plan. (Accessed September 30, 2022)].

A motion filed by the Texas State Securities Board and the Texas Department of Banking states has requested the bankruptcy court to reject the proposed sale due to 'Lack of State Regulatory Compliance' while adding that the company had failed to register with the State Securities Board. 'Texas is extremely concerned by the Debtors’ request for an order that allows ambiguously broad authority to sell and/or exchange the assets.' the filing further read.

Specifically, "[t]he debtors fail to disclose in the motion how [many stablecoins] will be sold, and how the monetization of the stablecoin ultimately benefits the bankruptcy estate and the many consumer creditors of the debtors,” the TSSB objection notes" [Redman, J. State Securities Regulators Object to Celsius' Court Motion to Sell Stablecoins. (Accessed September 30, 2022)].

"The latest filing from the Texas State Securities Board and the Texas Department of Banking also points out that Celsius’ past activities are currently being investigated by more than 40 states’ regulators and the company is under orders to cease all investing activity" [Hamilton, J. Texas Objects to Celsius Plan to Fund Operations With Stablecoin Sales. (Accessed September 30, 2022)].

It should be noted that the Texas Objection contains an alternative suggestion for the Court to consider should the Court be inclined to grant Celsius permission to sell its stablecoins. To wit: "[...] should the court deem it fit to grant Celsius the permission to go ahead with the sale, all proceeds from the sale be used for 'the benefit of creditors of the bankruptcy estate." [Shillsalot, supra].

The Vermont Objections are patently similar to the Texas Objections. "Vermont’s securities regulator detailed on Thursday that the motion was 'unclear' and further 'creates [a] risk that the debtors will resume activities which violate state law." [Redman, supra].

A key concern across the regulators is that the firm hasn’t explicitly outlined what it will do with the funds after it sells the stablecoins. 'It is not at all clear what the debtors intend to do with the proceeds of any such sales, whether the relief requested extends to Stablecoin-denominated assets such as retail loans to consumers, and the degree to which Debtors’ use of sale proceeds will be supervised by the Court,' the Vermont regulator’s filing reads [...]

Texas also notes: "that Celsius’ motion be denied, with the Texan regulators asserting that it would 'only act to confound the examination and further muddy the already opaque waters that are the Debtors’ cryptocurrency assets.” [Id].

With Mashinsky out of the picture, I really hope Celsius can make a go of it and somehow resurface. I think people are generally more open to the idea now that Alex is no longer CEO.