As of November 9, 2022, the annual supply rate of Ethereum fell below the zero mark for the first time and the post-merge adoption of a proof of stake consensus mechanism. [See, e.g. Gola, Y. Ethereum turns deflationary for the first time since the Merge — ETH price still risks 50% drop. (Accessed November 18, 2022)]. This fact would lead most to presume the Ethereum critics should be happy and silent. But friends...such is not the case. 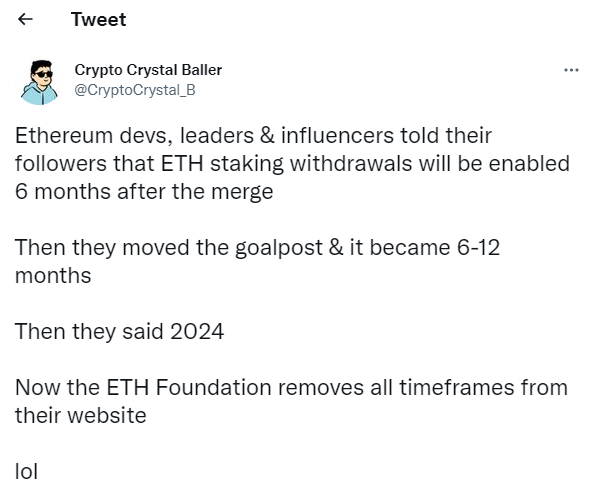 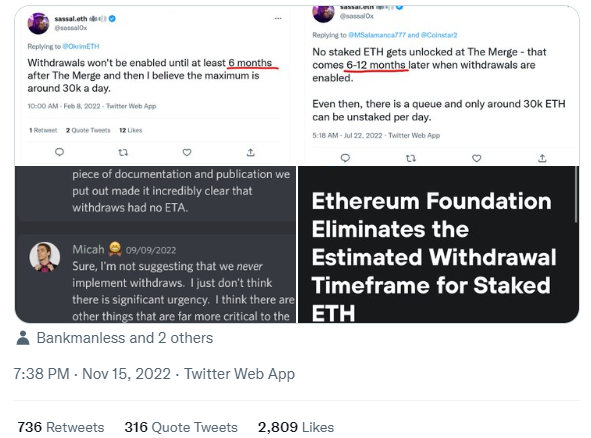 That's right folks. The Ethereum Foundation has wholly and totally removed the 'staking withdrawal schedule' from all of it's social media. I don't know about you, but if I staked my ETH and now had no clue as to when I could unstake it, I'd be pretty pissed too.

Despite the criticism, there of course are always those who will see things in a different light. The co-founder of ETHhub, Anthony Sassano, downplayed the surfacing criticisms by shifting the blame to Bitcoin maximalists. Sassano maintains that while the maximalists were wrong in that 'the Merge' did take place, they needed something to shift to so they pivoted to maintaining that ETH withdrawals from stake would never happen. 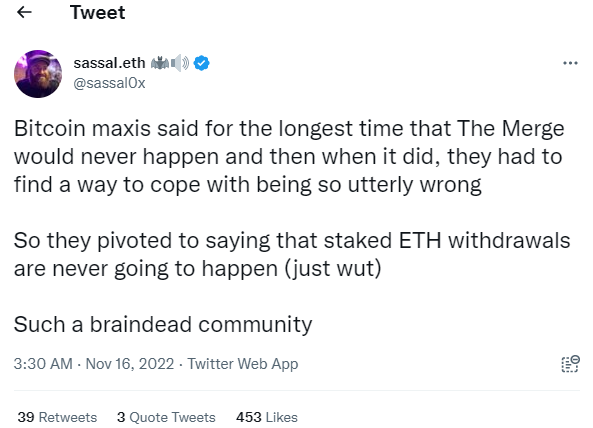 Antiprosynth, an ETH softcore developer, likewise came to Ethereum's defense tweeting that these withdrawals never actually had a hard deadline for availability. 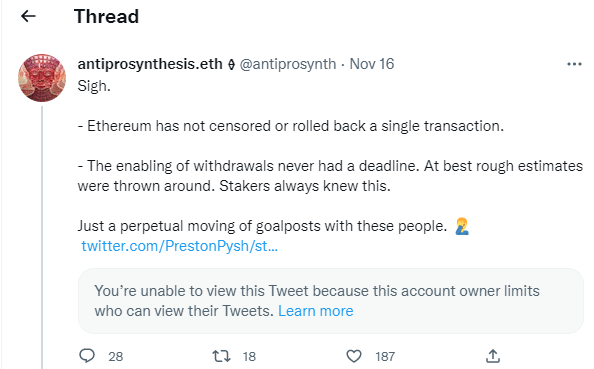 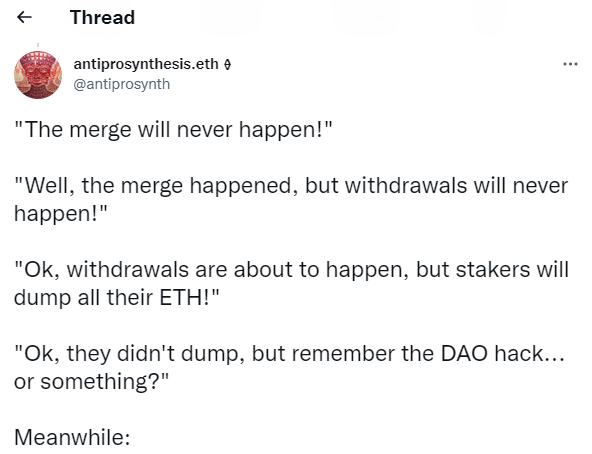 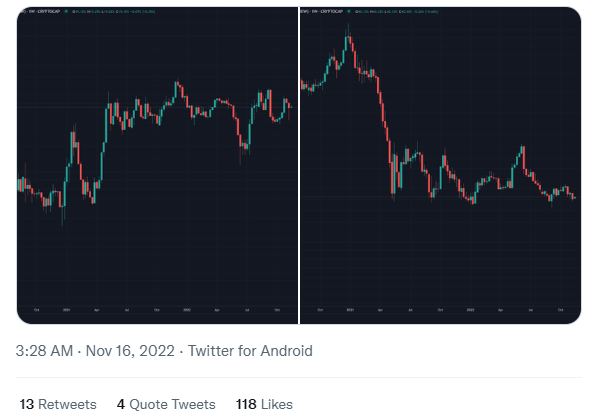 This is an unfortunate situation, that will only be settled by the passage of time and the Foundations approval for withdrawal of the staked ETH given - for everyone's sake a swift resolution of this controversy is warranted.