@khaleelkazi 78
about 2 months ago (Edited)
LeoFinance 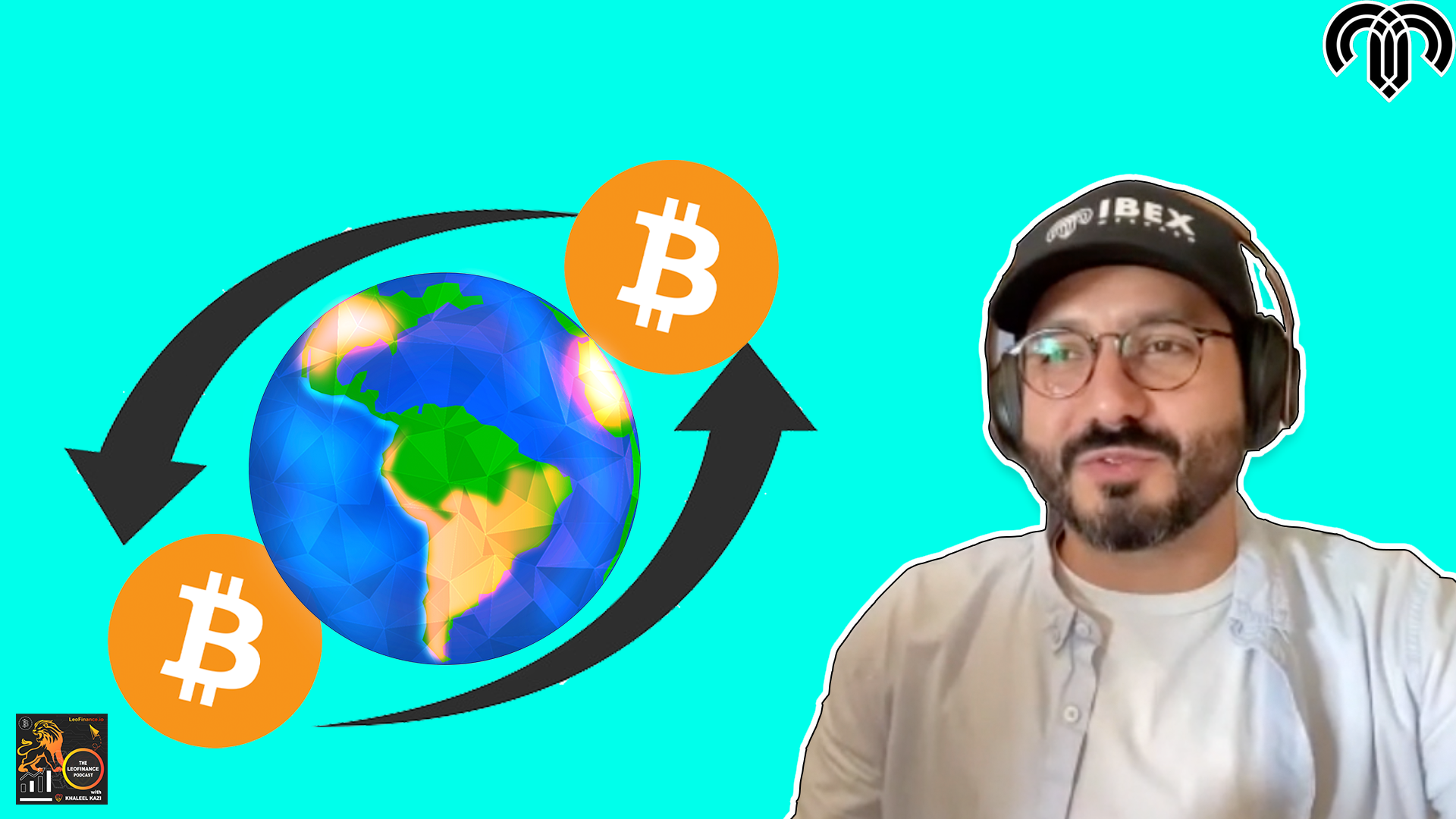 In this clip from our LeoFinance Podcast episode with Esteban de la Peña, we talk about Bitcoin adoption in El Salvador.

There is one major aspect of a borderless, open access and decentralized form of currency that many people don't understand: Micro Payments and Remittances.

Bitcoin is changing lives and in El Salvador, we're just seeing the very early stages of something that could blossom into a world-changing economy of borderless payments and settlement.

Check out the full epsiode of the Podcast to learn more about Bitcoin, Lightning Network, IBEX and El Salvador's Adoption of BTC!

Great video. Just as it was spoken, it will take time before people will start to see the effect. I feel the bold step made by El Salvador has motivated other countries, we can see that from what tongs is thinking of doing. 3 years is going to be a positive game changing year for the crypto community. Time will tell

Absolutely! Adoption is interesting because it seems to move slowly but then the effect is felt suddenly toward the top of the curve.

El Salvador is leading an interesting charge. The Micro Remmitances angle is a game changer and I think many in places like America miss the need for that existing in other places of the world entirely

The aspect of remittance is truly a game changer because 6 years ago I know how charges from western union and money gram always made me feel whenever I use their services. Look at me today not caring about that because I use crypto and Hive

Congratulations @khaleelkazi! You have completed the following achievement on the Hive blockchain and have been rewarded with new badge(s) :

I think the increasing rate of inflation is what will push people over the edge into crypto. We've already seen it happen in Venezuela, where they have had one of the highest adoption rates in the world.

Great video !! @khaleelkazi It is incredible how El Salvador is moving forward, I did not expect less from President Nayib bukele, although the parliament had already approved it a few months ago, now is that the law is being put into effect that it is legal tender within the country and the amazing thing is that in a population that is extremely limited by technology and intenert are motivating them to use digital wallets, They are encouraging people to move into the technological era because they understand that this is the way to progress, they understand how the flow of money moves and where the risks point to.

A few days ago we heard about a hermetic China regarding the use of cryptocurrencies and today regarding a low income country that is betting on this. what will happen we don't know yet but we have to check the forecasts. the future is uncertain but bright.

El salvador currently accepts only bitcoin which as known the translactions are publicly visible,also the citizens might get access to them by centralized exchanges (KYC required) rather than p2p exchanges,so the bitcoin bought can be connected to them as a result of these. I don't know if whether the country is a dictarioship but the conclusions are yours.

"Slowly but suddenly". I like that and I believe that's how the whole blockchain revolution will explode. El Salvador was recording $400,000,000 in remittances in one year due to their expats sending money back home and Western Union was the big winner in this business. I believe that in less than two years Western Union will see its facilities closed down in El Salvador. They simply won't need them anymore. I used to send money from abroad back home as well and was paying something like $60 for the equivalent of $3,000. If I had Bitcoin at hand at that time it would have been faster and cheaper and the value would have increased of HODLing. I honestly wished I knew about crypto sooner.

Don't we all? lol. I think we're still early and will be able to reap the rewards of learning the crypto-boogie; soon™

This changes everything and getting crypto out into the world is unstoppable. And when a recession will come, we'll probably see what really stands up and preserved the accumulated value. Besides that shopping with crypto should be the new normal!

I'd put my crypto evangelism on hold because people were starting to look at me like the crazy guy with the "World is ending soon" sign.
after this podcast, I've started showing people how easy it is to send Bitcoin through Lightning wallets such as Wallet of Satoshi.