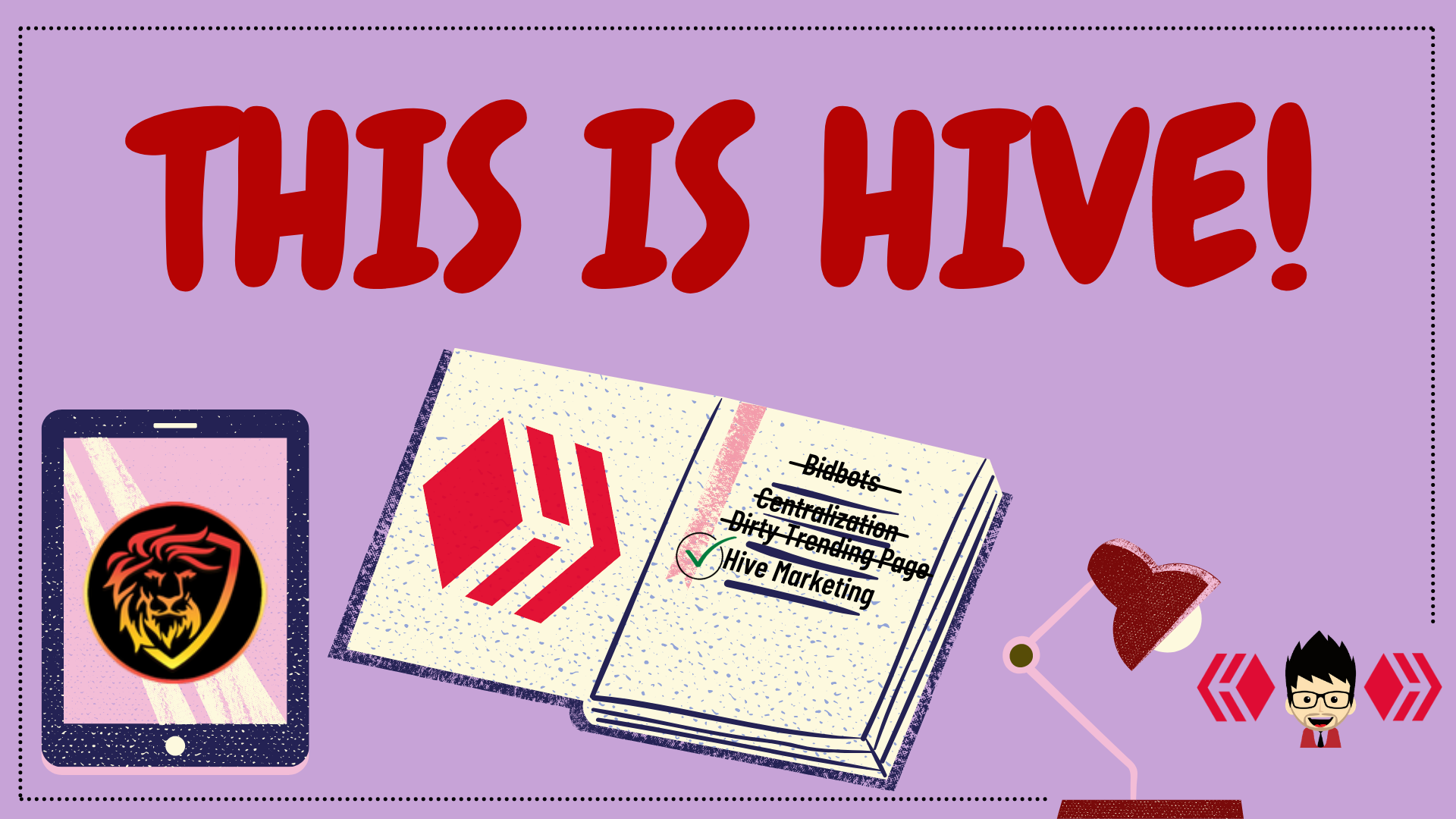 The current Hive, the things happening around Hive, the price, the developments, and most importantly the maturity of the community are the things that we all wished to happen from its previous version (Steem). As of my assessment, this is what I well-wished.

Below are the problems before that we've already solved in Hive, thanks to the constant efforts of our developers and witnesses.

These things, by experience, have already been solved by Hive and I'd love to share how these things have been solved.

The bid bot system from the name itself creates a bidding process in a form of sending Hive/HBD to receive a chunk of an account's upvote. The process is simple, you send any amount to that account with the link of your post as a "memo", then you'll receive a substantial amount of vote that is at least higher than the amount you sent. The bigger the amount, the bigger value of upvote. Obviously, there's a cap/limit to the maximum amount of Hive/HBD to be sent to ensure you are getting a profit.

Once the bidding round closes, they will receive the following % of votes: Alice receives 33.33% of upvote, John receives 16.67%, while Stella receives 50% of @postpromoter's upvote value. The bidding process will reset every 2.4 hours (because that's the time required to replenish a 100% upvote).

Because of this bid bot scheme, quality is being compromised and these posts which received votes from these bidding bots get promoted to the trending page which leads us to the next problem, the "trending page".

Look at how the trending page now, so clean and quality content
As mentioned above, the bidbot system was one of the main reasons behind a dirty-looking trending/hot page before. Most orcas and whales choose to delegate their stake to these bots because they receive daily earnings. Most of these bidbot operators send at least 95% of their daily bid earnings and keeps the remaining 5% and the curation rewards to themselves.

Other factors were the auto votes set by some users who didn't really deserve to be rewarded (at least in terms of quality and effort). In short, they are taking advantage of the auto votes set even compromising the quality of the post.

Because of this, accounts like @spaminator (before) and now @hivewatchers are doing their job to remove rewards from these posts by downvoting them. Also, other whales are participating in the downvote process to make sure these users who are using the bidbot service be discouraged. In short, the bidbot system is not unprofitable because of this noble deed.

Zero!
I bet most of the active users here know that Hive is a fork of Steem. This happened after Justin Sun bought Steemit Inc and dismantled our community by freezing the funds of top witnesses (and prominent Steem stakeholders) by controlling at least 80% of the top 20 witnesses to centralize the decision-making of the chain. Users like @theycallmedan, @blocktrades, @aggroed, and etc have suffered a huge loss of their assets.

This was the main reason why Hive was created and as a result, Steemit Inc's funds were frozen and made as HiveDAO (a decentralized funding account for proposals). This marked the end of centralization and no central entity is now controlling the chain with their free millions of tokens minted.

• Spam Transactions in the Network

Before, Steem faced a serious issue after someone clogged the blockchain after its spam transactions which caused a delay in the network. The promised 3-second transaction time failed and because of that, I believe Resource Credits were introduced. With resource credits, it reiterated that every transaction in the network provides a "cost" to the user and the "degree of cost" depends on the type of transaction you are making. Things like:

In order for you to perform a certain transaction, you need Resource credits and for you to have a substantial amount of Resource Credits to clog the network, you need to stake more Hive. That's a win-win right? Also publish posts and sending Hive/HBD takes too many resources than commenting & upvoting.

I still believe that this can still be exploited, but you need a bigger amount of HP than before to completely ruin the rhythm of assured 3-second transaction time promised by Hive blockchain.

Curating accounts like @ocd, @curie, and @leo.voter have always existed in the previous chains. These accounts have been rewarding content that is deserving to be appreciated because of effort and quality. The same thing is happening in Hive too.

But what's more amazing about the "curation" on Hive is that Orcas and Whales are now supporting content of higher quality. We are truly thankful to them!

Also, former bidbot accounts have abolished their bidbot scheme but instead focused on maximizing curation by manual curating. Instead of distributing daily earnings to delegators, they are sending a portion of the curation rewards they received from their votes. So they are added curating accounts that make the blockchain healthier!

For others who didn't know, the Hive rewards system was changed that favors curators to receive more rewards than before. It was increased from 30% to 40%, that's a major factor why curation became livelier than before.

This is a controversial topic, correct me if I'm wrong but there were many applications before that received substantial support from the community (in terms of donations, delegations, and regular upvotes) but they failed to deliver their promise. Dapps like: @dlive, @dtube, and @utopian-io were the top promising Dapps/platforms that were first introduced but failed to deliver the promise.

Right now, by experience, the Hive community is now cautious and picky on the projects that they are supporting. They always make sure that these projects are projects aiming for a long-term basis with a solid roadmap. LEO is so far the most promising project for me along with Splinterlands. These two have cemented their legacy even outside of the Hive blockchain.

DCity, Rabona, Unsung Heroes, Kryptogamers, EpicDice, and other promising apps out there didn't receive much support/donations from the community but they are still thriving. They showed promise and they have been delivering weekly/monthly updates to the community and their upcoming projects to make the app better! 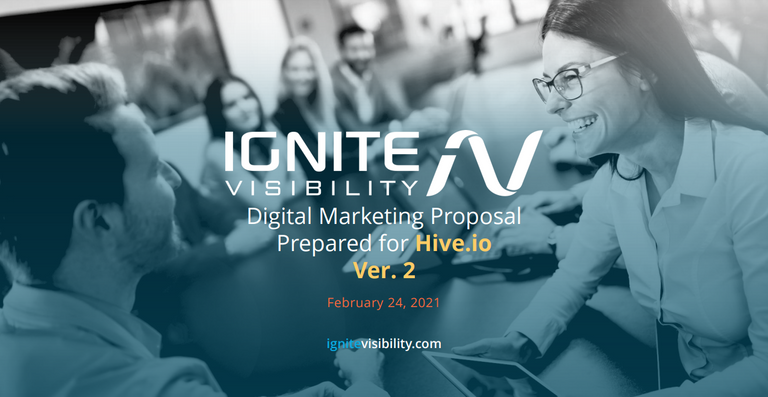 Photocredit: @lordbutterfly
This one is an interesting one. The community has decided to support a proposal to fund Hive Marketing for exposure purposes to the public. The funds come from HiveDAO via the proposal system. In fact, this proposal was very timely due to the fact that HBD's price is now at an average of $2.00 per HBD, way more higher than the expected $1.00 of Hive in value.

With this, hiring an established marketing agency named Ignite Visibility aims to promote Hive to the public in a strategic approach. This marketing project would last 4 months, a marketing campaign with possible extension in Email marketing, advertising, PR, influencer marketing, and conversion rate optimization. For more information, see post here

I may have mentioned a few, but I believe the potential of this project will be big. The fact that transactions are Free and an assured 3-second transaction time provides a long-term promise of adoption to the community.

Want more? Please join me by sharing your thoughts below on why the current Hive is the blockchain that we've been longing for years now.

Congratulations @korver! You have completed the following achievement on the Hive blockchain and have been rewarded with new badge(s) :