I hope you had a great holiday. I enjoyed seeing my family and eating until I couldn't move. Even had some egg nog with peach Crown and that shit slaps. Today, we're given the gift that keeps on giving. The dump. The Holi-Dump, if you will. Doesn't really come as too much of a surprise since the India news, but much like with China banning crypto, we don't give a fuck. HIVE especially doesn't give a fuck. Everything down 10% and HIVE is still sitting at +60%. Hopefully we can hold and build support near this level. It was pretty amazing seeing it surpass $3. Highly undervalued still. Anyway - Yesterday CryptoBlades (one of the most active games on Binance Smart Chain) released a bridge so that users could move their NFTs between different chains. I have some thoughts as usual. 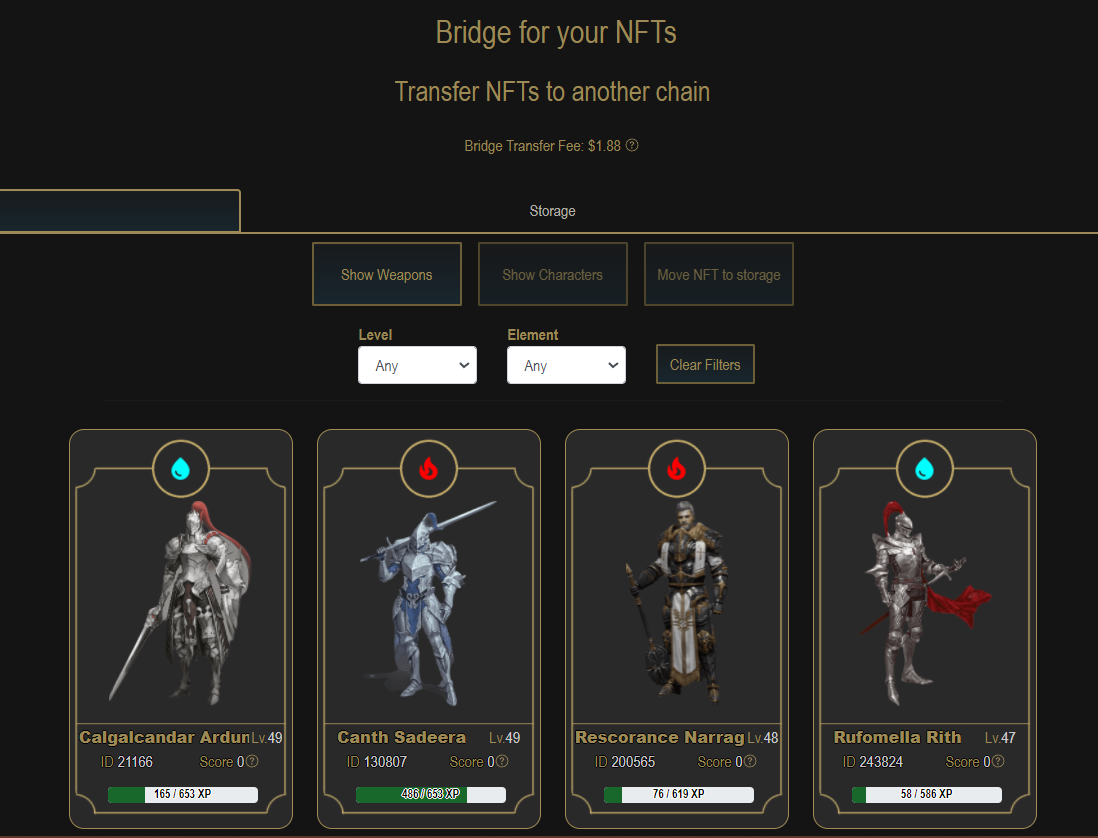 The Rise and Fall of CryptoBlades

When first released, CB was one of the most profitable play to earn games ever. People were able to make $100+ per day just clicking battle. Even with BSC gas fees, it was pure insanity. I was there to see it all. They were not at all prepared for the massive influx of new players that dwindled the rewards pools down to nothing. If playing on BSC, you literally lose money with every battle because the gas fee is more than the actual earnings. The price of SKILL ran up to $185 and then dropped all the way down to $11. Their solution? We'll just add more chains with lower gas fees. COOL! That would be fucking great! Instead of burning BNB on gas, I can use a chain that has 1 cent transactions vs. 50 cents to $1. The problem was though - they didn't have a way for existing players like myself to actually use our characters and weapons on other chains. I assumed that would have been the first thing they implemented.

Instead what they did was add HECO chain and tell people if they want to use it, they have to mint new characters and weapons. It's like Apple selling you the phone without the charging brick. Except at least you could buy the brick. Players here were stuck. I'm sure a lot of OG players just gave up and said fuck this game. I did. lol. But I'm better than that! I like to give things a chance. I saw the announcement for the NFT bridge and was like - hell yeah maybe now I can start playing again and earning some SKILL. They left out some key details in the announcement though. Instead - they dropped this video explaining how to use the bridge without mentioning any costs aside from gas.

Ok, so my first impression was - I don't think I've seen many projects with NFT bridges to other chains. I guess Splinterlands is the exception there- but aside from that I don't know of another. So I was like "hell yeah, lemme go bridge my characters and weapons right now!". Then I saw it. The fees. The GOD DAMN FEES. I get that there are gas fees, no problem there. I get that they have to pay their bills and devs or whatever. But WHY THE FUCK WOULD YOU PUNISH THE OG PLAYERS THAT LITERALLY GOT YOU WHERE YOU ARE WITH EVEN MORE FEES?! Ok, I'm good now. Sorry about that. I need to finish my coffee lol.

So - the bridge allows you to move characters and weapons between different chains. I decided I wanted to move mine over to HECO because it seems to have the lowest gas fees out of OkEx (never used honestly), HECO, and Polygon. I grabbed some HT to cover gas fees and was ready to do the deed. Then I saw the costs. You can't just Select all your NFTs and bridge them all in one go. You have to do them 1 at a time. On top of that, it's more than 1 transaction per NFT. Gas fees racking up. Then they stick the Bridge Fee on top of that which is $2! It's actually 0.1 SKILL so whatever the market rate is.

God damn. So I have 7 NFTs. Right off the bat - that's $14 in fees. Then add gas fees on top and that easily becomes $30. I know that isn't a lot of money. It's just the damn principle. I could pay it and get to earning on HECO but I have no idea how long it'll take to recoup that $30 with their shit rewards which have supposedly been "fixed". Conveniently enough, they remove the earnings calculator because it was always negative. Maybe add it back for different chains? Why would I spend the money to bridge if I'm just going to keep losing money? I've even gotta jump through hoops for it - you have to pay the fee in SKILL. Fuck all that.

Are you still playing? What are the rewards like?