It is easy for us to fall prey to this, because we are a group animal by nature. Without our group nature, we would have never survived as long as we did and then to ultimately dominate the planet (for better or worse).

Those that protest the loudest that they are not one of the herd, belittling the "average" person are they who are most likely to succumb to the greatest evils of group think. Being self-assured in their assumed superiority, they are blind to their hubris, because of their denial of their only all too human nature. "I am more virtuous than thou!"

These are the people to be most wary of. They are the zealots, the jihadi, who perform any and all actions necessary to achieve the aims of group think with no moral or ethical inhibitions, because the ends justify the means.

The phenomenon is a mass psychosis, whereby individuals become literally possessed by the ideas of the group, they become ideologues. You will not be able to reason with them, because you are no longer talking to person, but rather an idea.

These people are found in the revolutionary vanguards of both political movements and religions. For such people there is no middle ground, you are either for or against them.

The person who does not subscribe to their ideology, and oh the horror, even dares question and debate, is an even greater threat than those who vehemently stand opposed to them as a self-acknowledged enemy. For the enemy is definable, a flip-side of the very same thing, group think, just waving a different flag. But the other, is an existential threat. Their very existence challenges their own, because they are not playing by the rules of their group think game.

Self-aware thinkers must be eliminated, even before the enemy, lest they make the madness known to others and start a chain reaction deflates the possessing idea. As such, humor is forbidden, because it is the antidote.

When humor is censored, it is the canary in the coal mine. 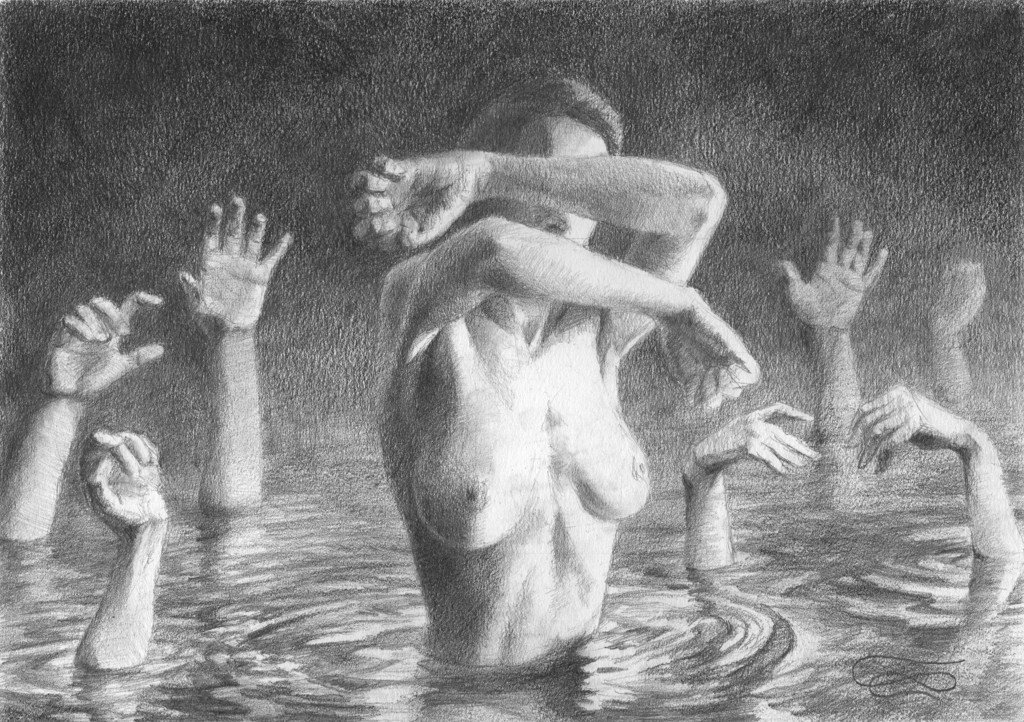 Cheers @melooo182! I have many thoughts running around in my head at the moment. It is an unusual time we live in.

This post was shared in the Curation Collective Discord community for curators, and upvoted and reblogged by the @c-squared community account after manual review.
@c-squared runs a community witness. Please consider using one of your witness votes on us here
0
0
0.000
Reply

That’s a pretty accurate description. Also accurate observation with the loud people, kind of like the ones that plaster all over their profile that they hate drama and no drama allowed anywhere around them but always seems to be in the middle of it 😆

...and how these people seem to be dominating the public space currently. 😧

Stuff that generates outrage and negativity sells as well as or better than sex? o_O

Yes, I would agree, but as to whether better than sex, is up for debate. After all you can have a double whammy with sex, in and of itself, plus outrage over it. Either way anything that triggers our deepest primal urges is going to trigger a response that few of us can catch ourselves with, mitigate and sidestep. That requires a level of true self-mastery.

upvote and resteem
@leoplaw it's really creative art work. I really like it.

Thank you very much @gorllara! 😀

I do love your take on humanity @leoplaw and we do live in odd times, indeed.

Odd times indeed! As such we have to keep our minds open to avoid the pitfalls and identify the opportunities when they come along. Never let a crisis go to waste.