Hey all, I've got some Helium Hotspot updates! Wait, what's wrong with my voice?

Is that any better? Uhhhhhhhhhhh....there we go. Sorry about that. Must be the air in my house.

In my last post about the Helium Network, I was salivating all over myself with anticipation. Turns out I can't read, and when I said that my hotspot was shipping imminently, it was only the first leg of its journey, and I had to wait another few weeks.

I've now had the unit two weeks and I'm very pleased with the results, but before we get to numbers, I wanted to walk through the set up process.

First off, you need the Helium Network app, available for both Android and Apple devices. This gives you a wallet and walks you through the hotspot initialization process. Note: this is the ONLY way to interact with your miner. 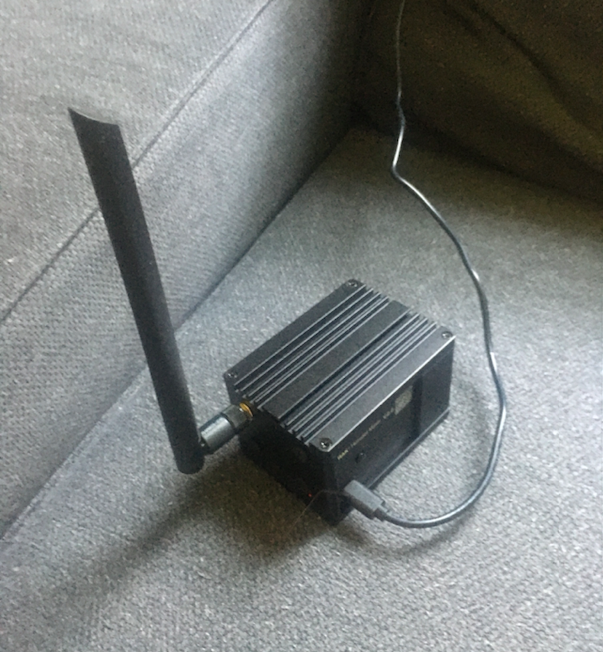 The hotspot mining unit itself is dead simple: a Raspberry Pi with specialized firmware in a cute little box with a port for a radio antenna. You connect the antenna, plug it in, wait for the Pi to turn on, and get back into the app.

The Little Miner that Could

And then you wait, and if you're me, watch the app. As I said, this is the only way to interact with the details of your hotspot. It gives you a checklist of tasks your miner needs to complete:

Your miner will do all of these automatically. Blockchain synchronization takes the most time. For me it took about two and a half days, but I believe this was partly because there were two different firmware updates in the middle of the process. This was a bit frustrating and not obvious.

The various "challenges" are based on the network's Proof of Coverage system that rewards miners for providing, well, coverage. This is the primary source of HNT while the network is still young. Eventually, network earnings will come from users paying for data transfer.

And as of last night, my miner transferred its first packet! I earned a whopping 0.00000647 HNT for the service. It felt so good, and it was the last checklist item for my little guy, so he's like a real boy now or something. I'm so proud.

So let's see here: two weeks of operation minus two days for blockchain sync, twelve productive days. The cost of running the unit is negligible. It's an RPi, after all.

That's about 1.6 HNT per day, about $18. Actual daily earnings vary from that considerably. A few days ago I mined only 0.58, for example.

The unit cost me just over $330. I initially calculated it would take me three months to make my money back (in December), and then 25 days (a week ago), and now I'm thinking it might just take three weeks flat. From there, it's profit city, bay-bee.

There are ways to improve these earning numbers. I can fix my WiFi router configuration, enabling port forwarding. I can buy a better radio antenna. I can find a better place in my house (or elsewhere) to place the unit.

The mining reward will be halved in August. Perhaps we'll see BTC-like price moves as a result.

I was initially very excited to share this process. I've been a fan of the Helium project since I first read about it last December. And I suppose I should have seen this problem from the start, but it didn't really click until I received my unit.

You have to register a location for your hotspot. This is part of the coverage protocol, and it makes sense. I can imagine an alternative method where specific hotspot location wouldn't matter as much, but that's not the Helium Network.

So, you have a physical piece of hardware, in a location where you live perhaps, and now you tell ANYONE THAT CARES TO LISTEN what that location is, and in the process link it to another identifier as well, your Helium wallet. And all this information is written to the blockchain....

We can see where this goes. I've had to hide most of the details of my experience. My hotspot has a really fun random name and you can never know it! On the flip side, you have no ability to see the inner workings of your hotspot. In the first few days of operation, my hotspot updated its firmware twice, both times failing to reconnect to WiFi. It would eventually reconnect, and I'm not sure my troubleshooting had anything to do with it. I only determined that it was a firmware update after reviewing the app's meager diagnostics, which gives current firmware information, in conjunction with the Helium Engineering Blog.

Despite these issues, I'm still incredibly bullish. The "People's Network" has a solid, real world use case and continues to demonstrate great fundamentals. They were building two years ago. They were building last year through the crash, and now they are absolutely EXPLODING, with more than 40,000 hotspots added to the network in the last six months.

If you have an opportunity to get a hotspot, I'd take it. I'm bummed I didn't buy two or three when I had the chance.

Okay, shilling over now. I'll see you in the comments!

Congratulations @lerkfrend! You have completed the following achievement on the Hive blockchain and have been rewarded with new badge(s) :