The downfall of an Empire is a process. It happens incrementally during long periods, it lasts until one critical moment, and then the Empire can vanish in a matter of days…

Post-republican period of the ancient Rome, called Roman Empire lasted for half a millennia, and its long period of decadence was very well documented. When the disintegration reached a critical point, it vanished during only one military campaign of the Germanic warlord Odoacer with a mere 8000 warriors.

An Empire that inherited ancient Rome, The Byzantine Empire, also referred to as the Eastern Roman Empire, or Byzantium, lasted over a millennia. Experience from the past did not help. Their decadence ended Ottoman Empire, which has lasted for 500 years, and was dissolved in the numerous rebellions of the people they have conquered. Collapse came at the beginning of 20th Century.

During the four years of the Great War (WWI) four Empires disappeared: Austro-Hungarian, German, Russian and Chinese. Never learned anything from the past lessons. Ottoman Empire was formally dismantled in 1922.

British and Japanese Empire exists pro-forma, but they actually vanished in in reality during the WWII. Soviet Empire collapsed at the end of the 20th Century under the weight of its own propaganda. Now the time has come for the US Empire…

With the US Empire we have a chance to watch the whole process, since the technology progress allowed much faster dissolution than ever before. We can almost in real-time (in the context of history) follow how the dissolution goes institution by institution. If the Empire was established in 1944 with the Bretton Woods Agreement, its decline began to become apparent in 1961, when Dwight D. Eisenhower, The 34th President of the United States and commanding general of the victorious forces in Europe during World War II, delivered his famous farewell Military Industrial Complex Speech, January 17, 1961.

Ten years later, on August 15th 1971, the Bretton Woods Agreement ended with the decision of Richard M. Nixon, the 37th President of the United States. From that date, institution of sound money was abolished, and every Empire gone into a death spiral after it started to spoil its own money.

Politics of institution dismantling went into hyperdrive with Ronald Reagan, ‘the conqueror of a Cold War’. He continued Kissinger’s turn to China by letting US corporations to relocate production to where labor is cheapest. The process of US de-industrialization was fueling globalization at the price of American workers welfare.

Then Bill Clinton removed Glass Steagall Act of 1933 and other restraints allowing large financial capital to take over the key levels of power.

Then came George W. Bush, who generously gave to the Empire the Patriot Act after September 11th 2001, effectively abolishing privacy in the United States, and effectively – its Constitution.

Erosion of institutions continued under Obama, who lifted Big Banks above the Law after the crisis in 2008. ‘Too Big to Fail’ actually means the Justice system does not work any more. During the years of GWB and Obama, the persecution of whistleblowers begins…

During Donald’s four years persecution of the whistleblowers was continued and all the myths of the falling Empire were broken. The myth of professional media, myth of democracy, myth of freedom, coronavirus hoax destroyed myth of science, and Big Tech completely destroyed the institution of US President.

Then, on January 6th at Capitol Hill, curtain fell exposing political system in all of his ‘glory’.

Myth of free trade, Stock Market and Wall Street power was broken a few days ago, in the case of GameStop:

And as the gap between Americans grows, they all agree on one thing in high percentage – USA is falling apart:

All of those people who followed the yellow brick road, agreed in the Ipsos/Axios poll because they now can see the creepy little old man behind the curtain, and the whole corporate machinery behind him. With the desperate attempt to return things ‘to pre-Trump normal’, corporate machinery confirmed they – as every Empire – have not learn anything from the history. They didn’t even noticed that Trump won elections in 2016 because the wast number of people hates them and their ‘policy’.

Imperial hubris always eclipse their mind. And because of this, it always ends in violence…

Never forget that Julian Assange was one of those who took off the mask from the corrupted political system in the U.S.

US ELECTION FRAUD 2020: Math Strikes Back!

US ELECTION FRAUD 2020: A Shortcut to Supreme Court?

US ELECTION FRAUD 2020: The Road Ahead

US ELECTION FRAUD 2020: Who Really Won the Elections?

US ELECTIONS: Top 10 people & things to blame if…

US ELECTIONS: Turkey Voting for Christmas

The Greatest Show in the World!

IMPEACHMENT AFFAIR: In Search for a Quality Lie

Left, Right and Whistleblowing in the Wind

Ukrainian Background of the “Impeachment” Affair

@pixresteemer 70
over 1 year ago

Hey @lighteye, here is a little bit of BEER from @pixresteemer for you. Enjoy it!

And again, one of the most on to it posts on Hive slips by almost unnoticed... Thank you very much for your support and your kind words, @frot.

Those poll results are surprising but at least it is the one thing the R's and D's can agree upon. That and the fact that faith in Congress is extremely low as well.

Good article! I just did a similar one from a somewhat different perspective. Funny, when I saw that picture of Ike -- I shook hands with him when he was still Gen. Eisenhower (I was 4).

I have to say, your article complements this one very nicely. Both consider different aspects of the same downfall, and should be read together for full understanding of the situation. I am reblogging your article so people could see both texts at one place. Thanks, @richq11.

Thank you, I'll return the favor

And with the Fall and Rises of Empires, wars are usually part of the transition. And if it is so, it will suck most of us into it.

@jacobtothe 74
over 1 year ago

Everyone else: "We need to come together and find common ground. Unity makes us stronger!" 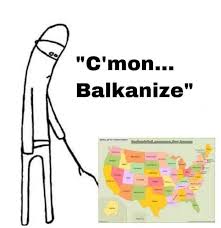