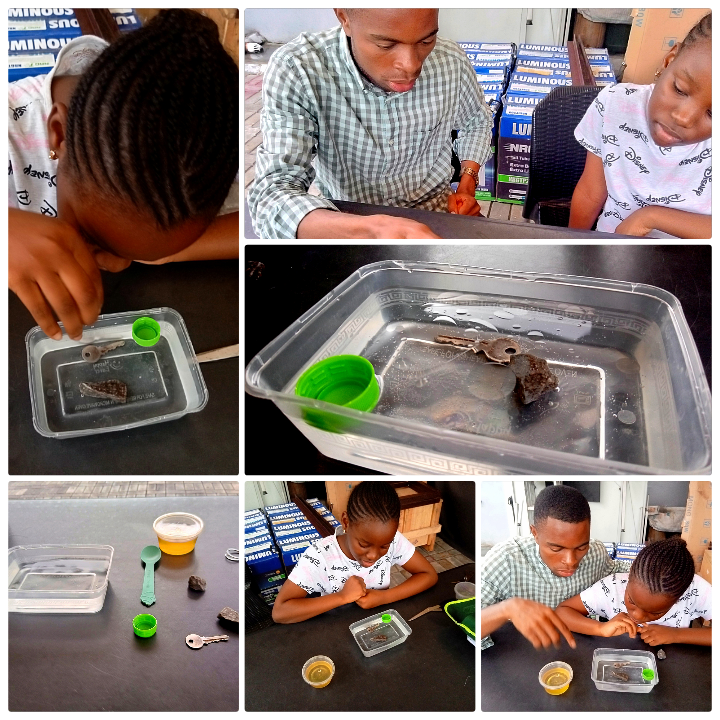 Hello lovely hivers and @homeedders. How are you all doing ?. Today I will be sharing one of my home lessons with you all. In our lesson we talked about floatation and density.

Has a kid ever asked you the question "why does things float ?". Answering this little question can be quite difficult sometimes. Even when you know the answer, it is sometimes difficult to explain it very clearly that the little kids can understand.

In our class, I tried to explain why things float and to explain it so the kids would understand, we had to do some practicals/experiments. 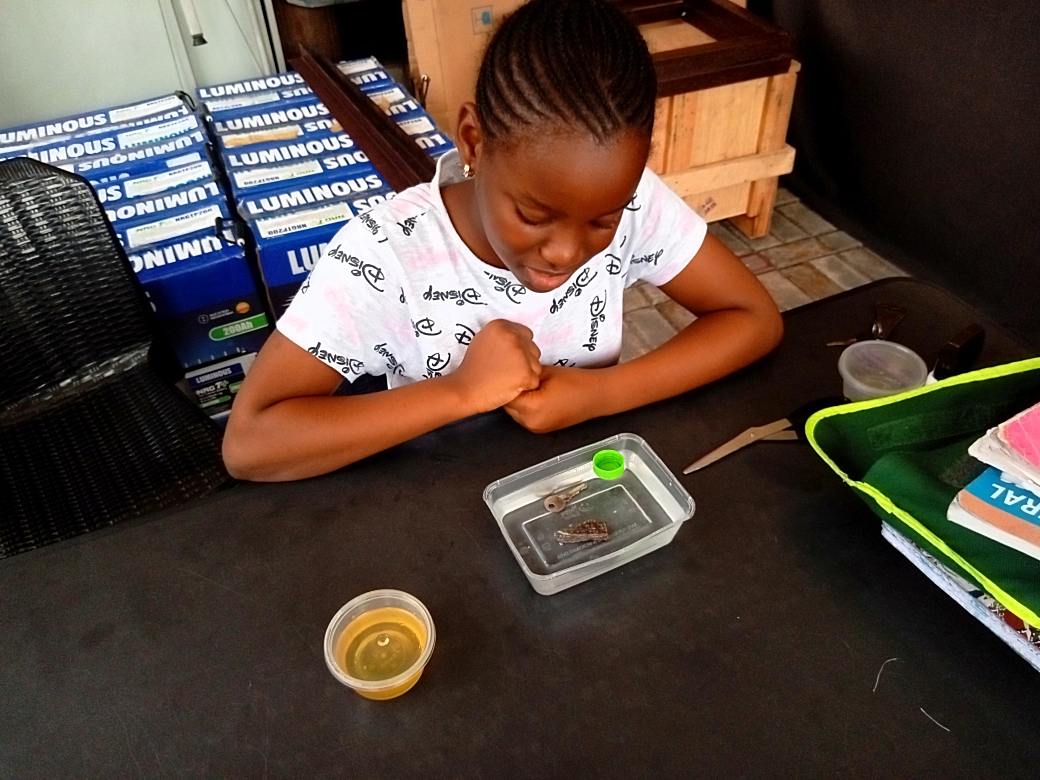 Kids learn and understand better when they see and partake in an activity. 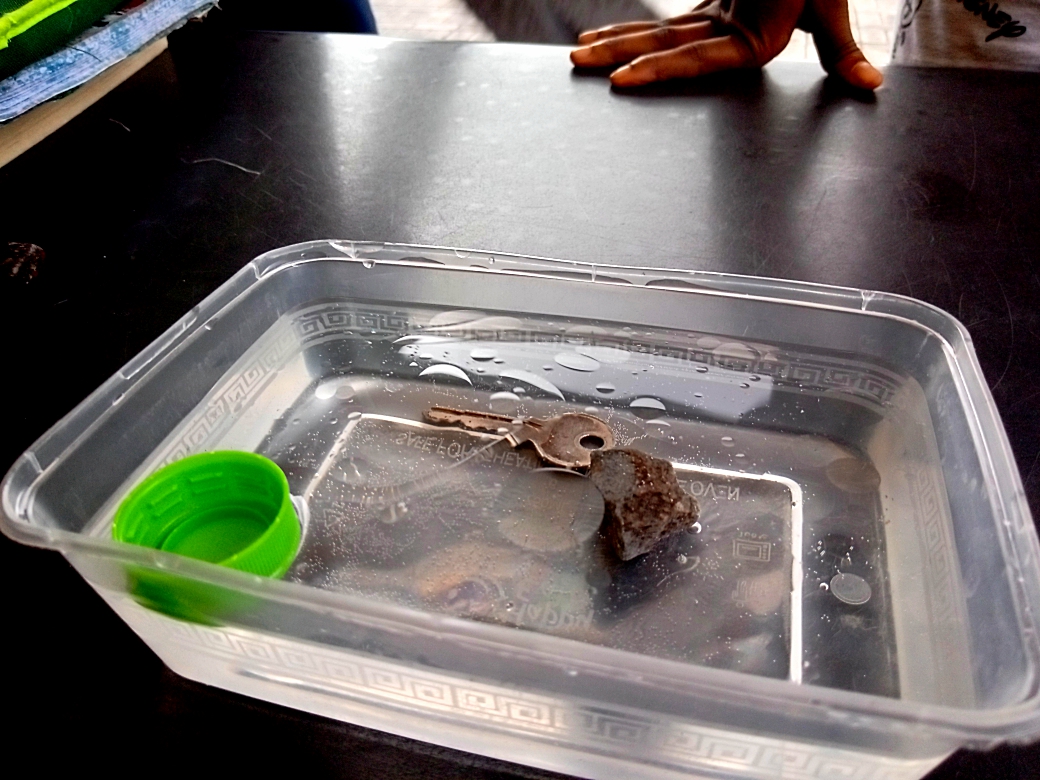 Many children think that big and heavy stuffs must sink because of their size and volume while small items would float but I made sure to emphasize that things do not sink or float because they're big or heavy but because of their densities compared to the liquid they're put in. The practical/experiment helped to make this clearer 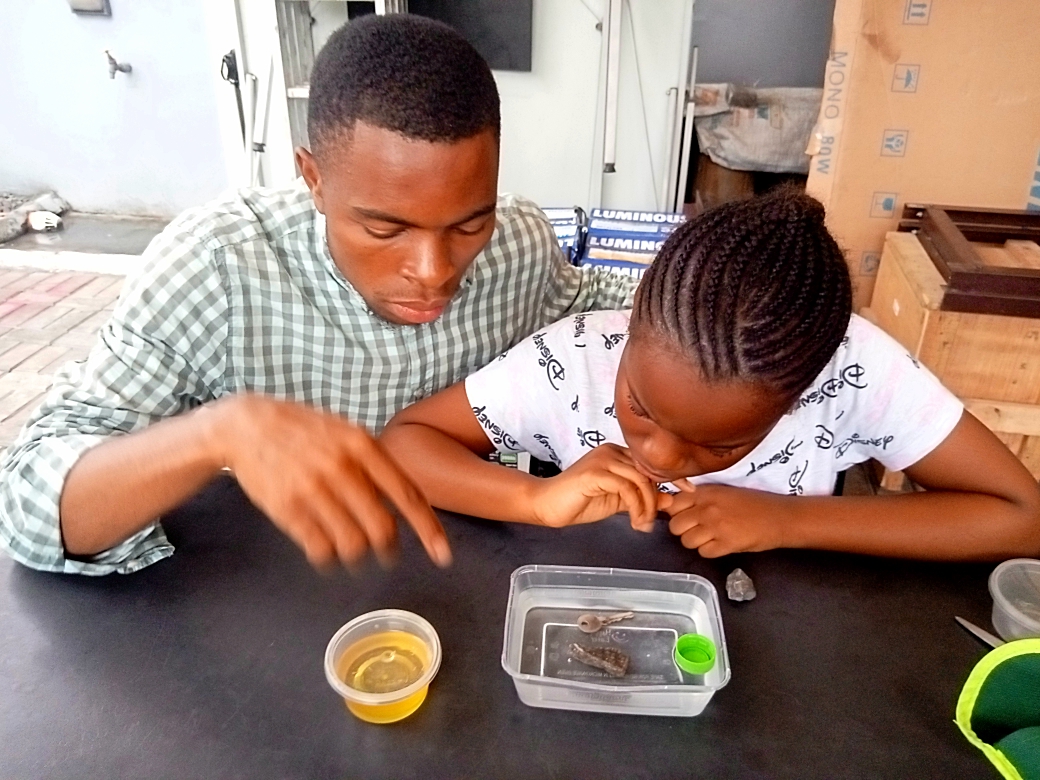 So, What is density:

Although we know that density is the mass or quantity per unit volume of a substance and it's unity is kg/m3. A little child cannot understand this and so explaining what density is to a child can be a difficult task.


Firstly I start by telling them that everything or substance in the world has a densty and the densities are different. Some things have more density than the others. 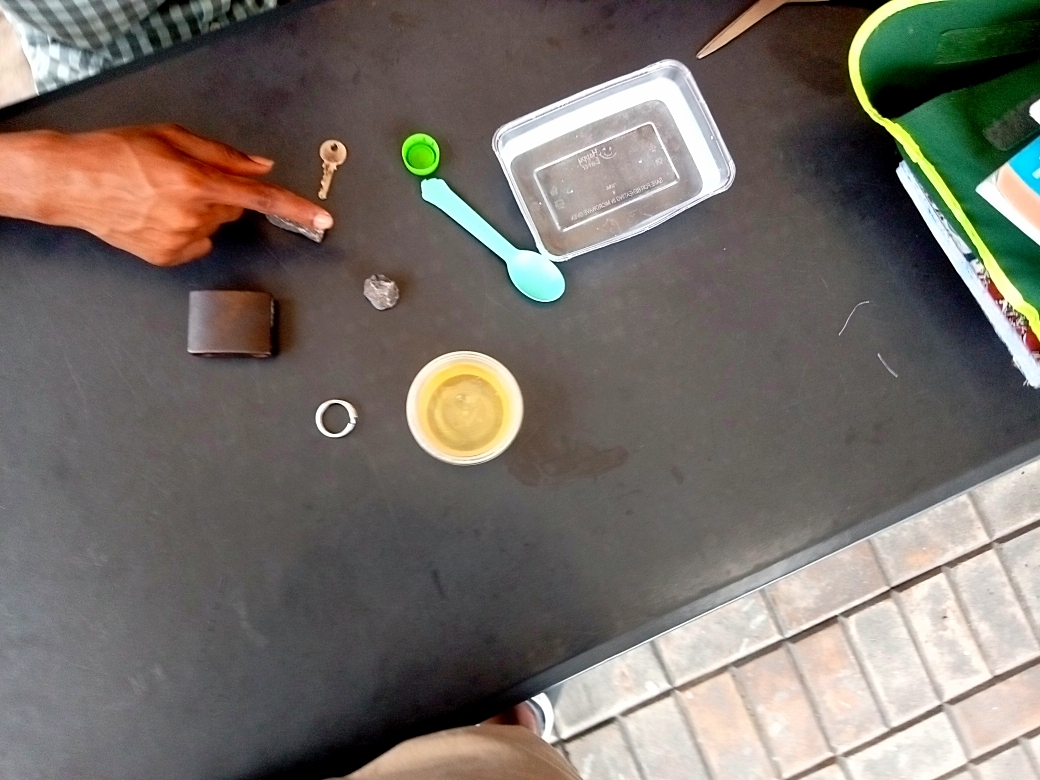 To understand and grasp this concepts better, we used some items we could find at home to do some practicals.

The items we used. are ;

We put in the plastic bottle cover and it floats, my student immediately understood that it has a lesser density 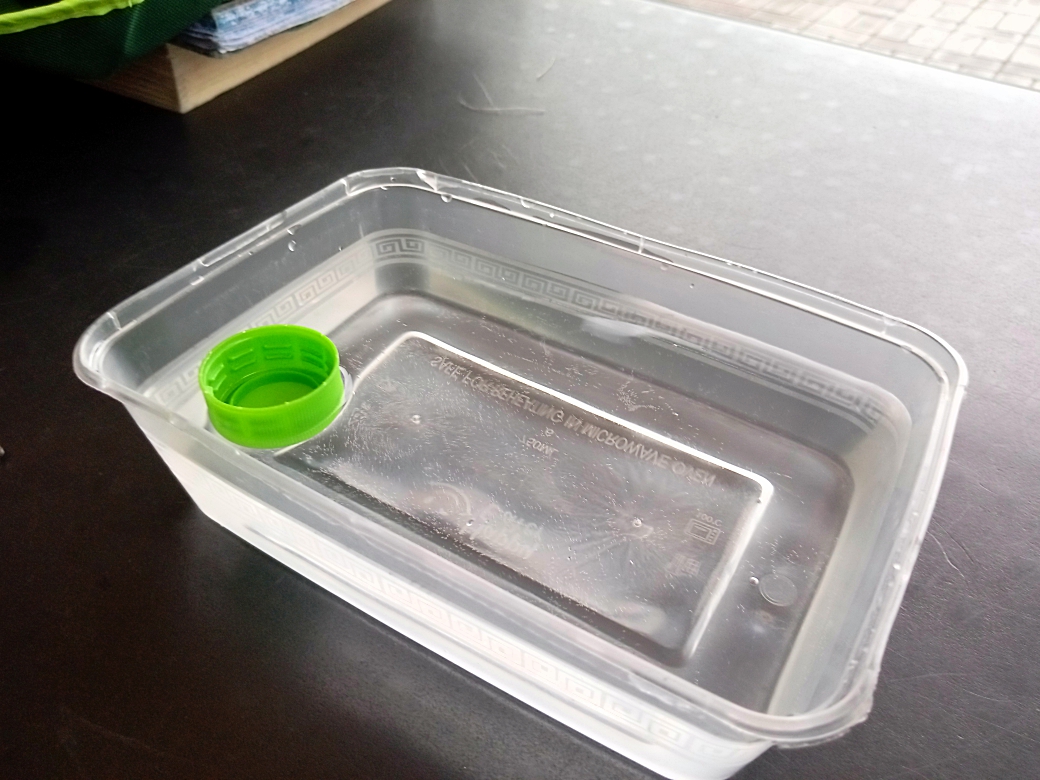 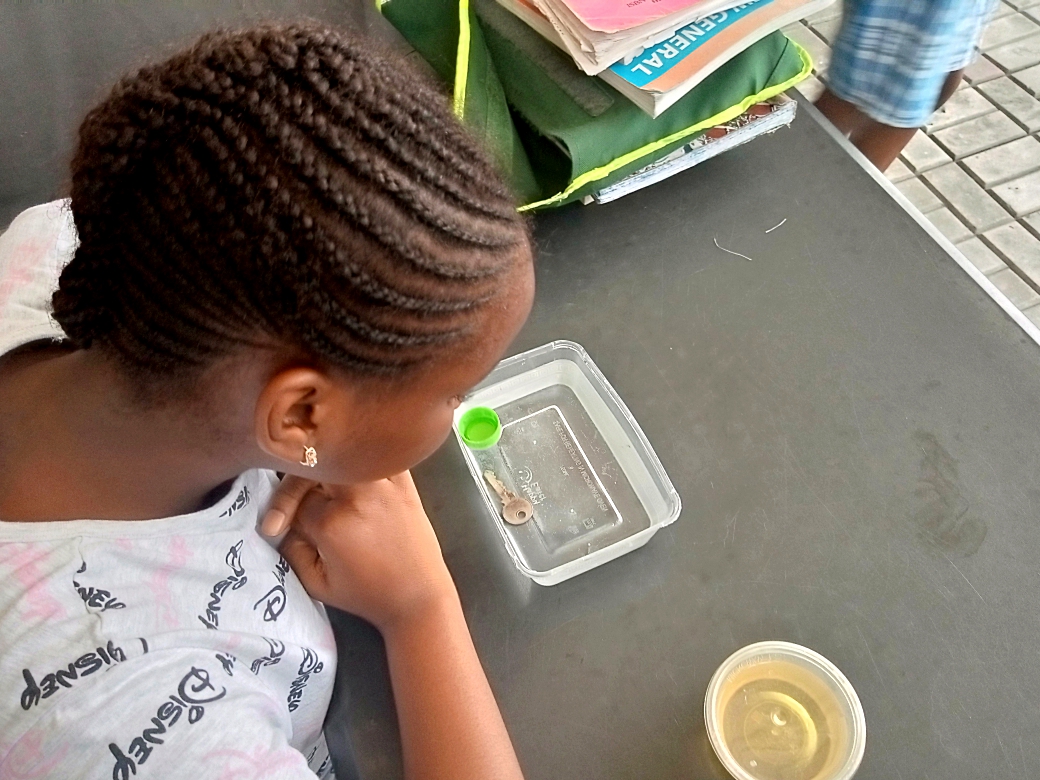 We also put in another liquid, remember I said all substances have density, whether liquid, solid or gas. We put some cooking oil in the bowl of water and as you can see, it floats. 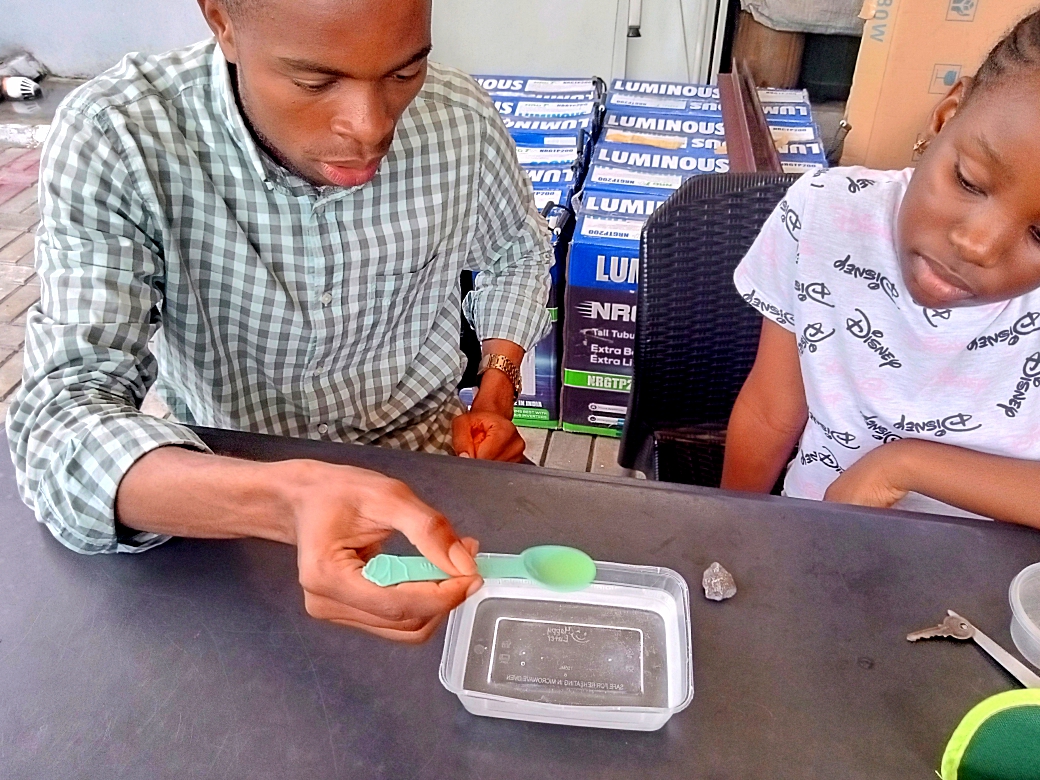 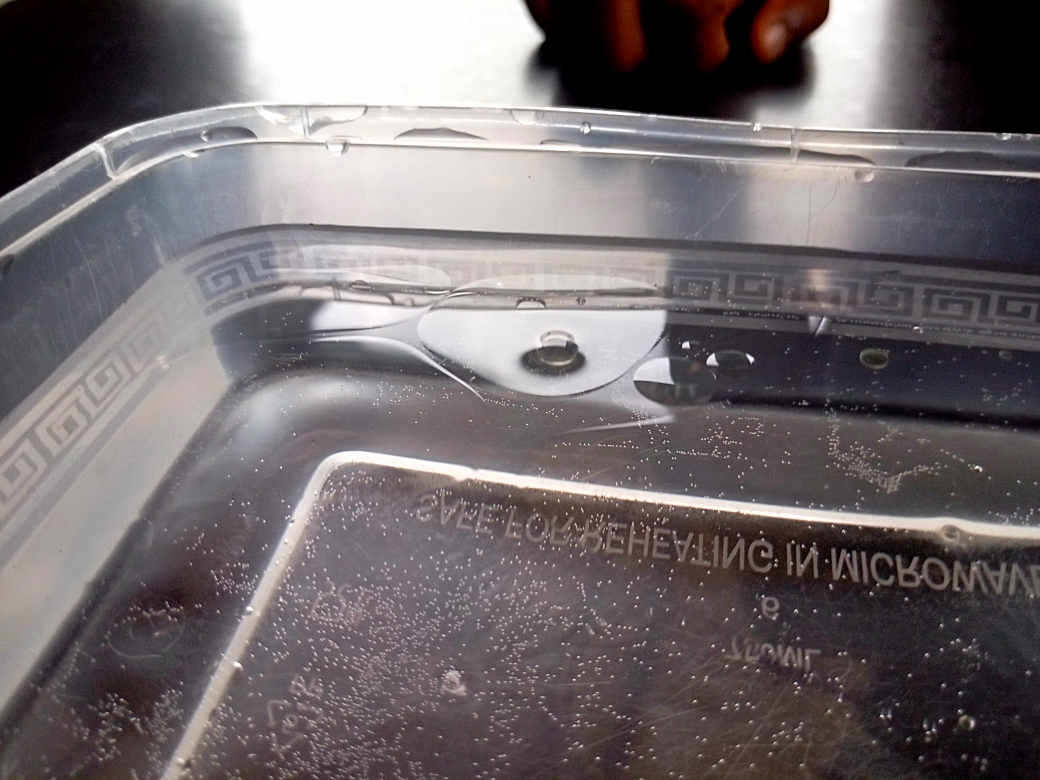 We also put a stone in the bowl of water and we can see that it sinks meaning it has more density than the water. 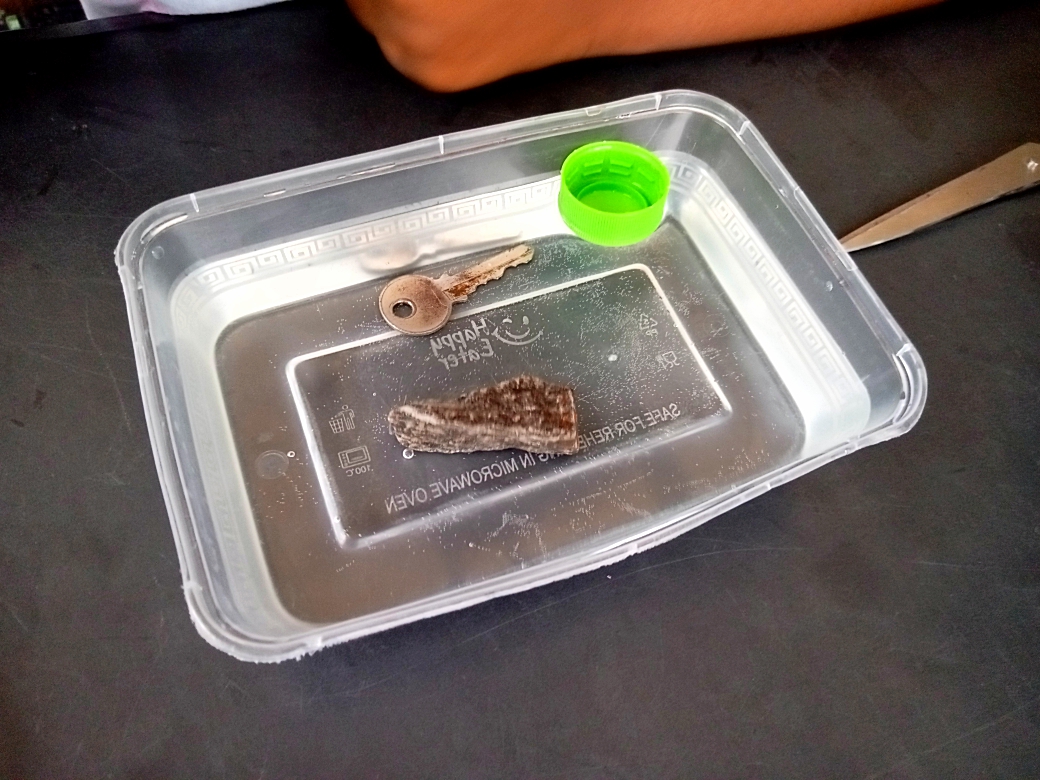 At the end of the lesson, Jade my student understood these concepts very well and she also now understands why things float. 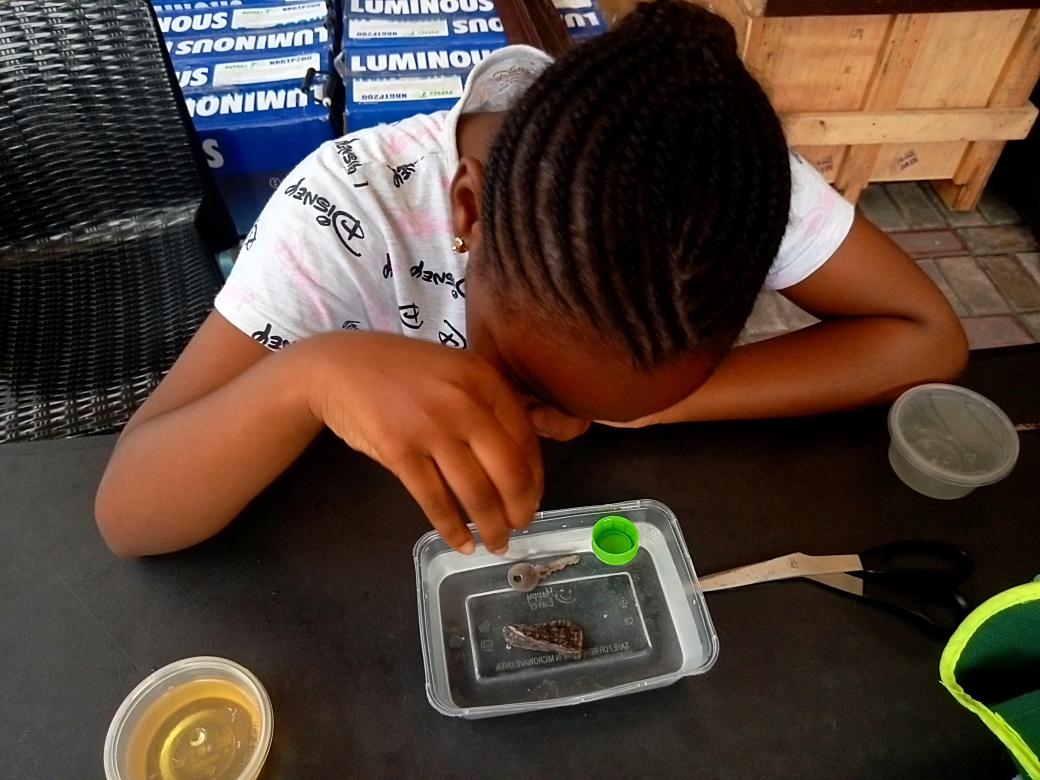 Explaining the concepts verbally is good but when it comes to teaching Children, practical and visual aids works perfect. Our work was more fun and easier because of this little experiment and I can tell you that Jade wouldn't forget these concepts in a hurry because if this practicals.

I urge you all to always carry out practicals and experiments when teaching your children. It helps them comprehend better and it also helps their retention of the concepts.

Thanks alot, I hope you found this interesting and I hope you learnt something too. Thanks alot for stopping by. See you next time. ♥️

Wow! You really explained density and floatation very well, I'm so sure the kid understood it perfectly. When I was a kid, I had also asked this same question and the answer I got wasn't as clear as this. I like how you explained it with the experiment, it will definitely help her understand better plus it would stick in her head. I'm so proud of you. The world needs more educators like you.
Thanks for sharing, you're doing well.

Thanks you @merit. Your words are really kind

Greetings @luckydrums, kids love experiments, doing science at home and "discovering" is for them a great experience loaded with learning and lots of creativity, I think we all have a scientist inside that drives us to look for new ideas and exploit our potential to the fullest.

Thank you so much for stopping by ❤️❤️. I really appreciate it

Congratulations your publication has been chosen among the best of the day.

Very good class and with very good examples for your students to understand.

I love your experiment here. I did something similar with my little son, but you covered a bit more and thats cool. I only did the sink/float experiment and he enjoyed it. And remembers it even now. Great one!