PUTTING SMILES ON THE FACES OF CHILDREN 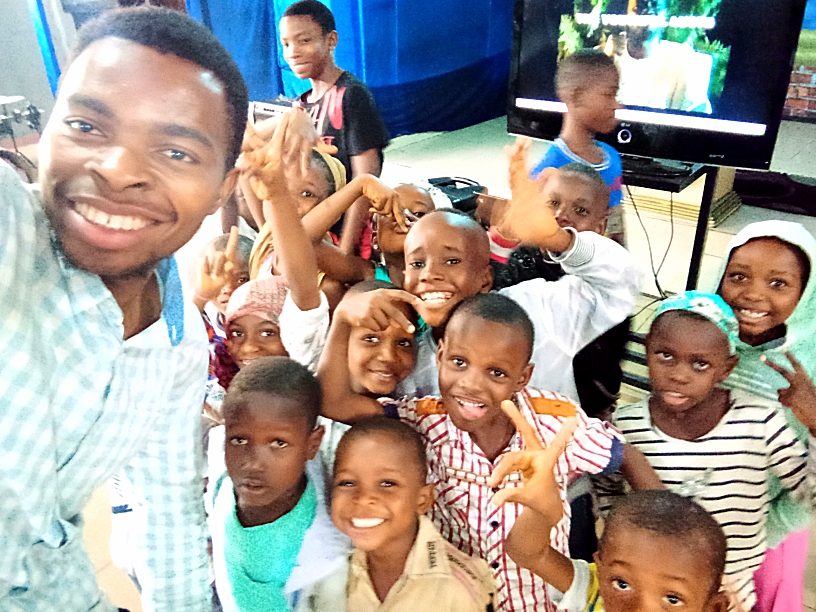 Kids are one set of people I always love to be with and as a children teacher, I have always found myself around them.
Kids are always very fun to be with. They're are always cheerful and never toxic.
They love to play and can be really funny.
Spending time with them gives me joy because I get to see lots of funny acts and I get to laugh so much. 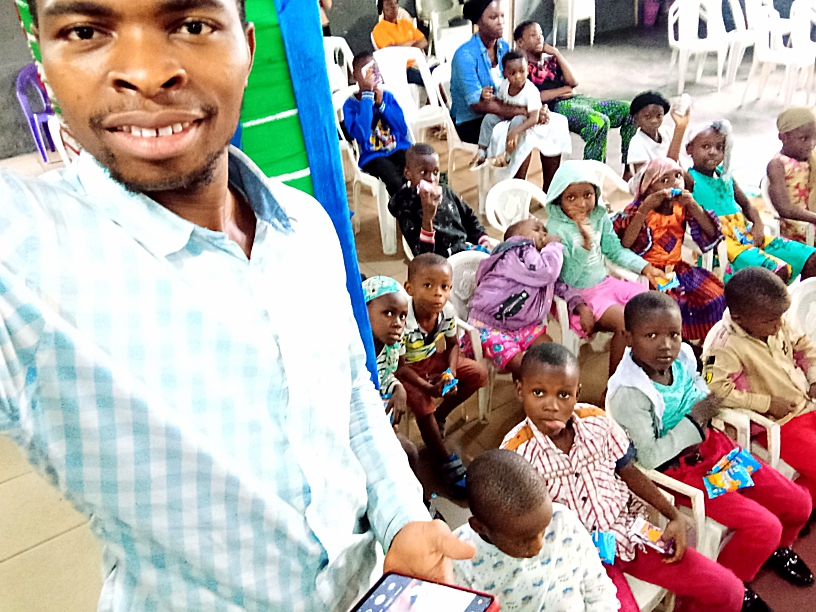 Weeks back, to celebrate the children and mark the National children's day, my church organised a variety show(program) for children.
It was a variety show because it was to feature different activities.
In the show, we were to have ; a film show, music performance by the kids, some teachings, games and a little refreshment (foods).
The show was aimed at making the children happy and putting smiles on their faces.

The kids were super excited when they learnt about the variety show. They anticipated the show and couldn't just wait for the day to come.

It was open to every kid. Kids whose parents didn't have enough money and couldn't afford to get them gifts or take them out that day found their way to the program. 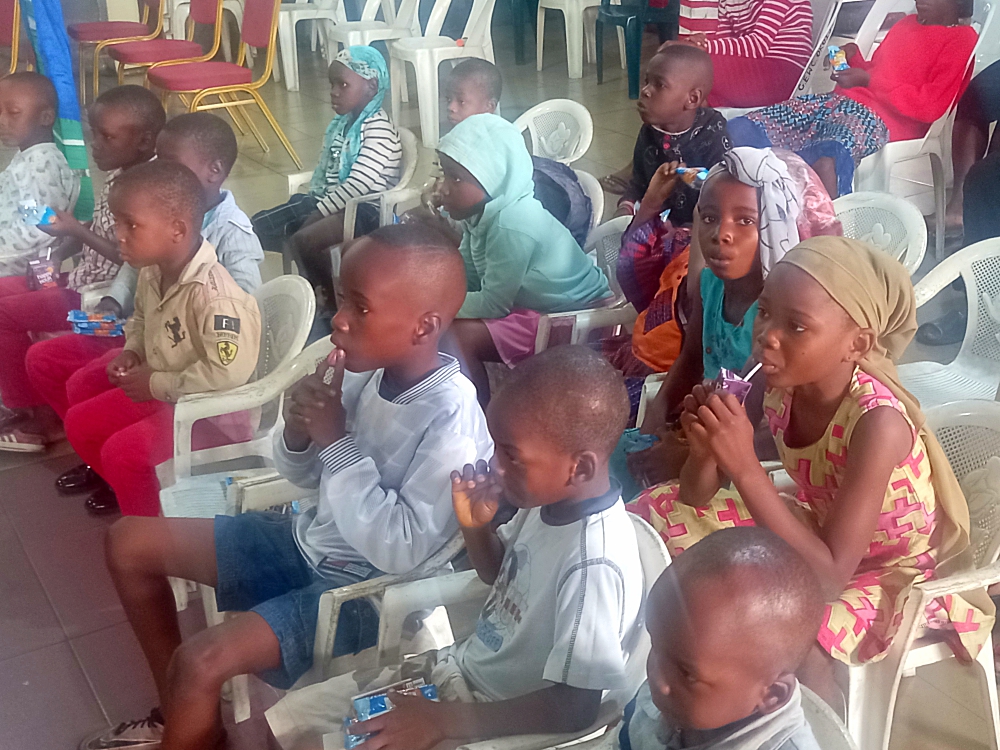 I was part of the people organizing the event. I was in charge of the media and sound. I also had to stand in as a photographer since we didn't plan for any.
I didn't have a professional camera so I had to use my phone's camera.

The first activity for the day was the music performance by the kids. Some children were given the opportunity to sing their favourite songs. It was quite a beautiful but funny moment. You needed to hear the little kids sing. They were so zealous,enthusiastic and energetic but it was really hard to make out what they were saying. They blabbed most part of the songs and did it with so much boldness. All the adults present were just laughing. It was so funny.
The kids didn't care, they were having fun and enjoying themselves. After every presentation we gave the kids a round of applause to encourage them because it's really not easy to stand before people and do a presentation. 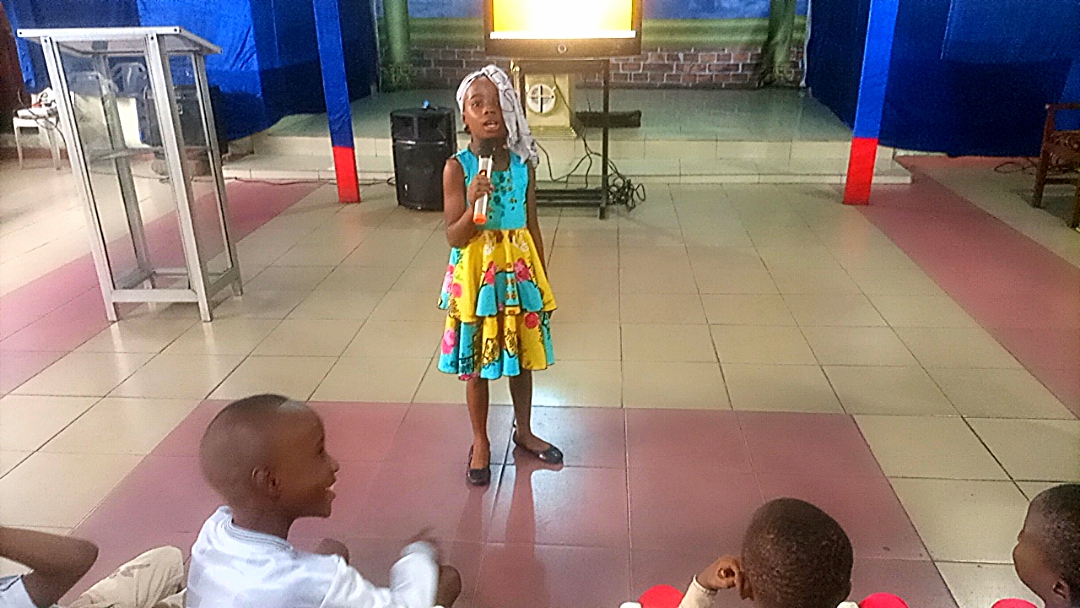 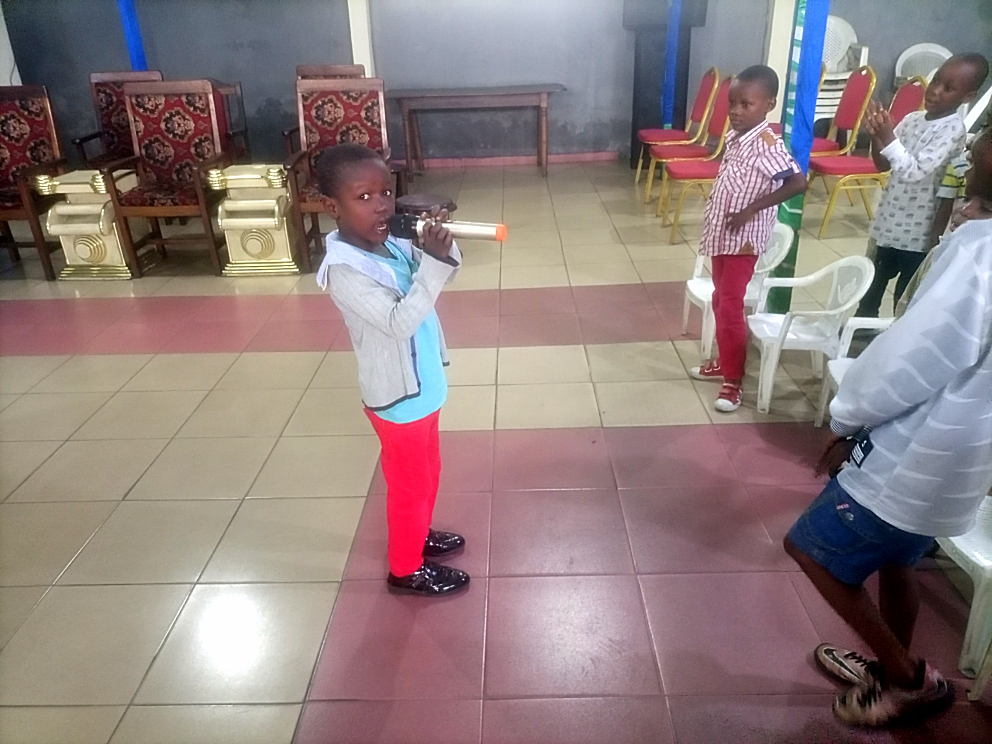 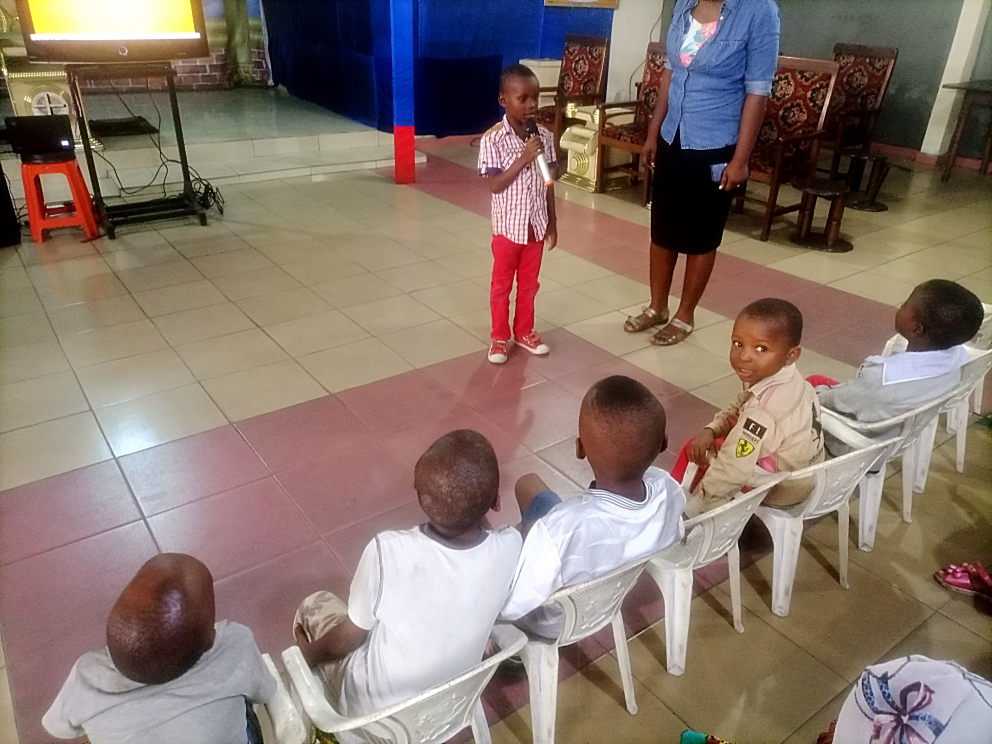 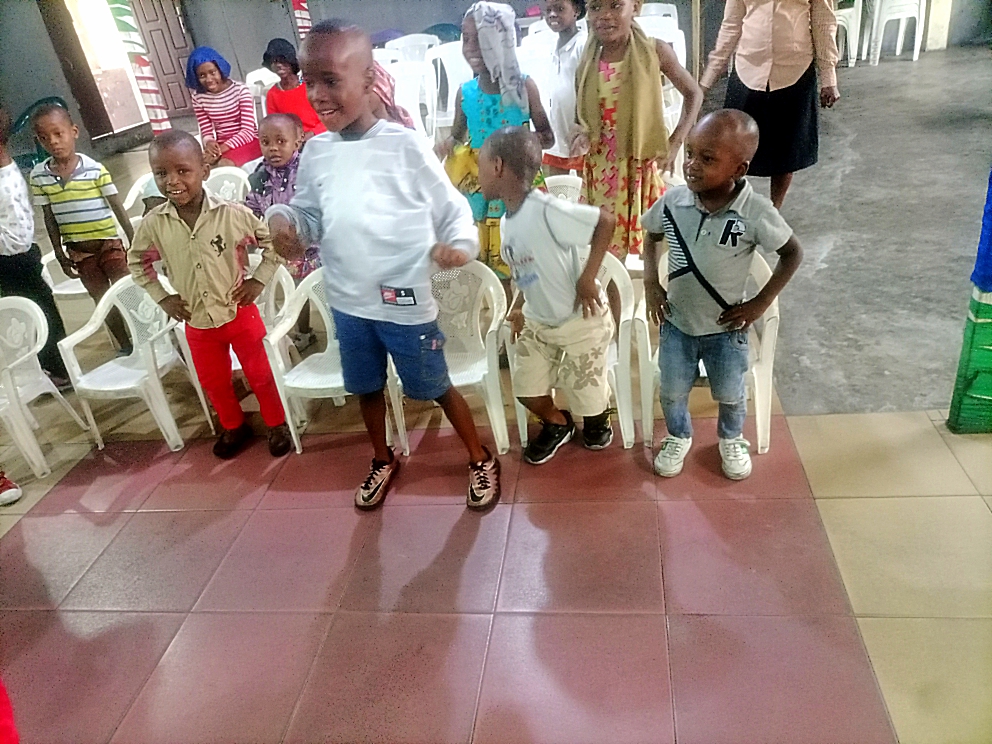 After the singing and dancing presentation, was the game. The title of the game is musical chairs or trip to Jerusalem. In the game, a set of chairs is arranged and people are made to dance around the chairs while music is played. The chairs is always one less than the number of persons dancing around it. The music is stopped abruptly and the people dancing around it try to occupy the sits, anyone who fails to occupy a sit is evicted and one chair is removed. The game continues until there is one man standing and the person becomes the winner.

I couldn't take pictures while the game was on because I was the one in charge of the music.
The kids really enjoyed the games. They were so happy and excited.

After the game was the film show, the film show was the main activity of the day and the kids looked forward to it. They watched two different movies. One of the movies was a cartoon. We made sure to select movies that teach morals and help the children become better humans. 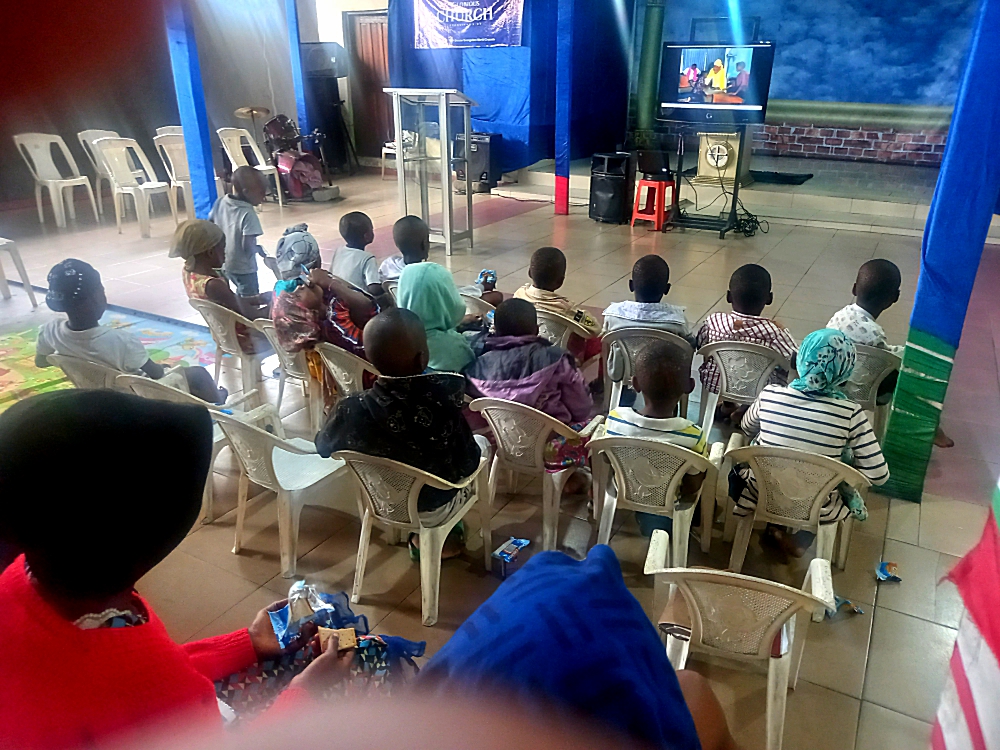 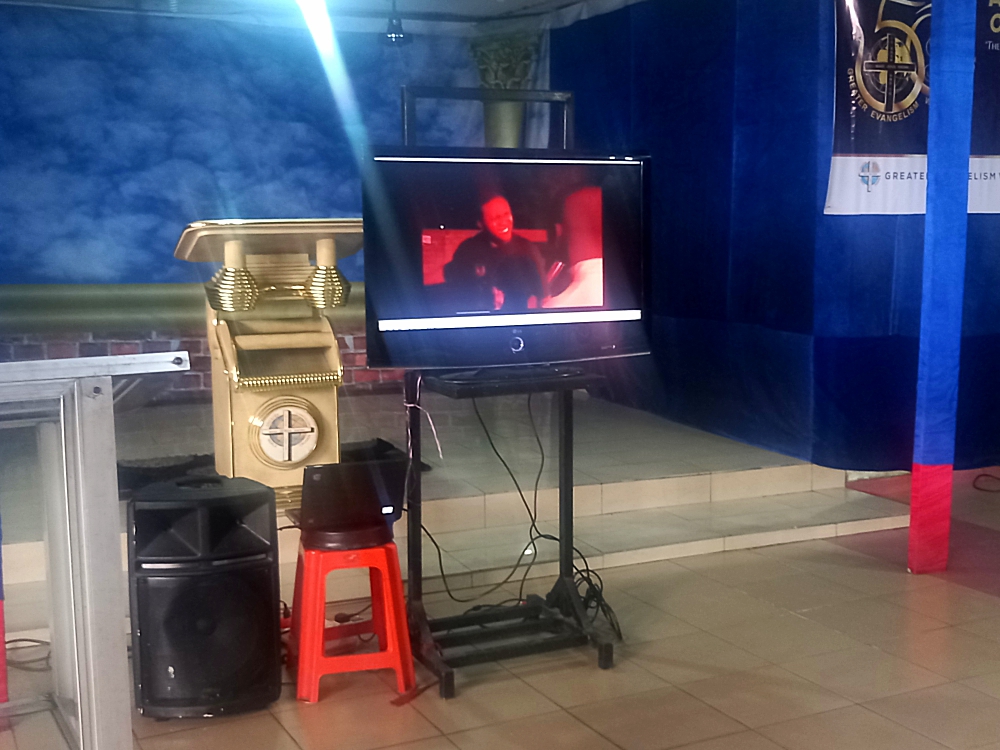 It was so funny how after the much anticipation and excitement, some kids who for days had been so impatient and eager to watch the movie slept off not long after the movie started showing. 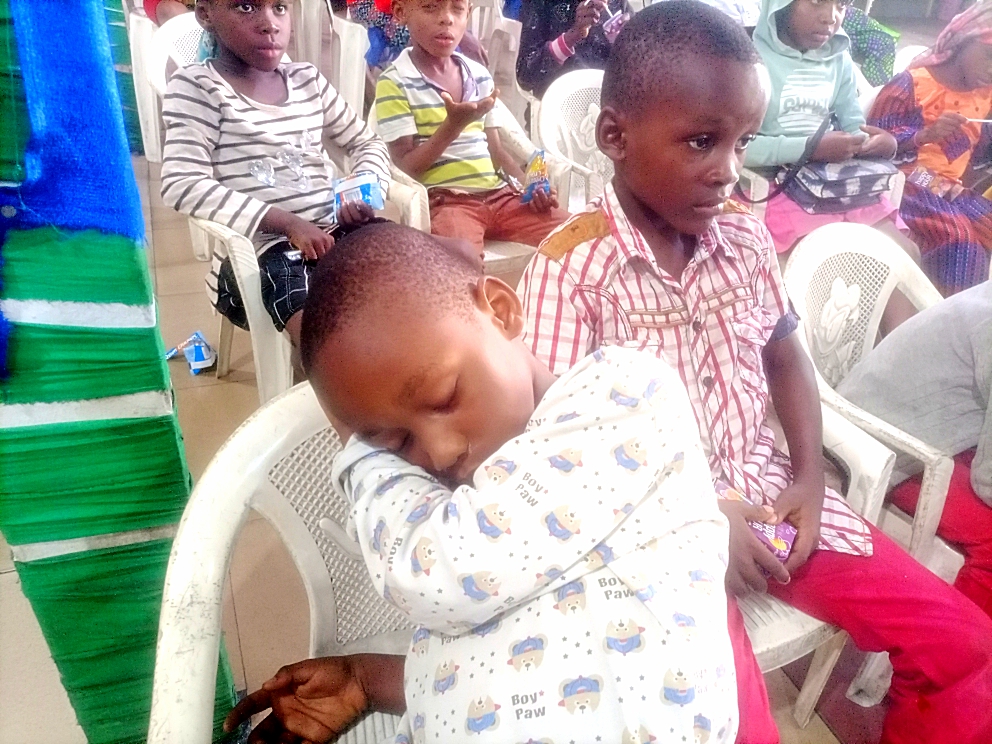 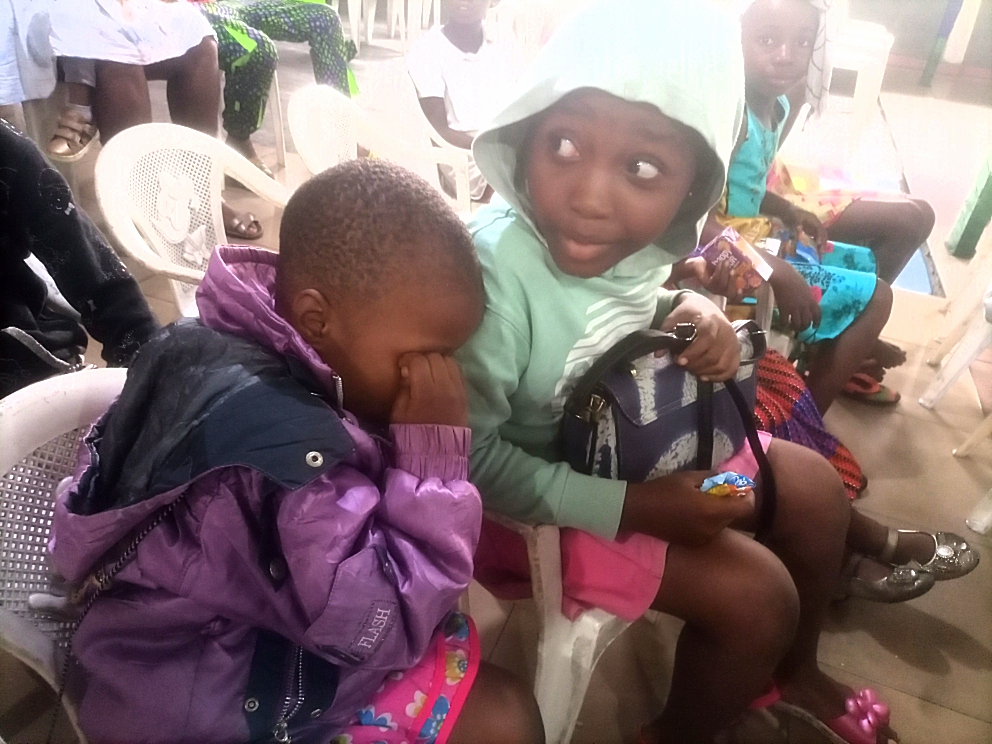 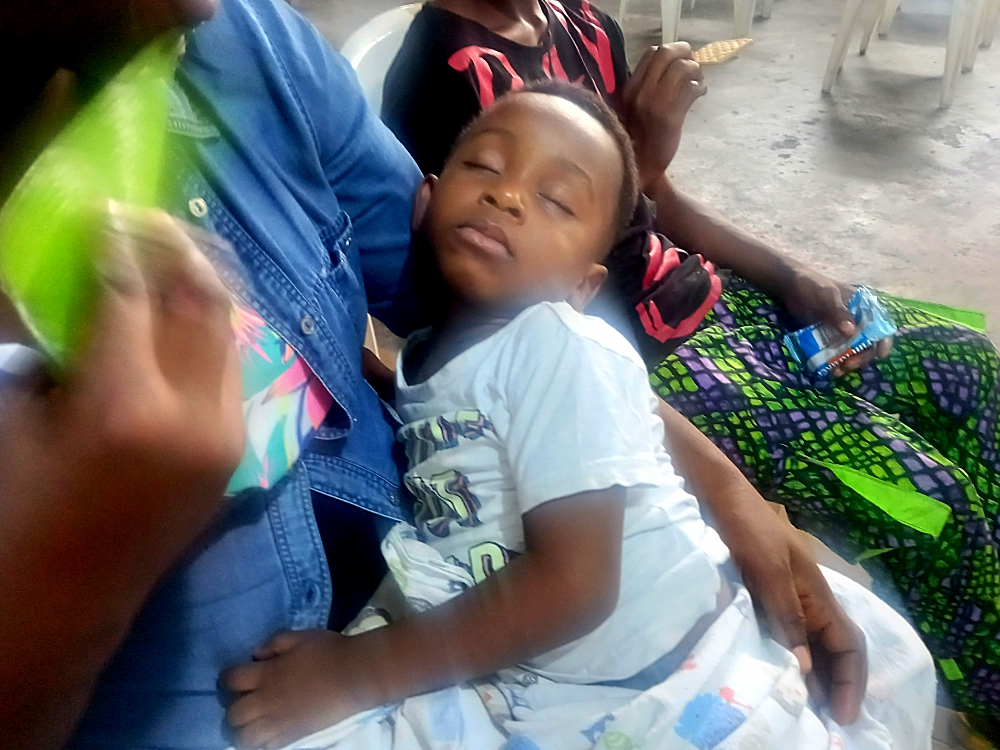 The movie was the climax of the show. Whilst the movie was showing, we shared some snacks(biscuits) and juice to the kids.
I wasn't left out, I was also given children biscuits and juice ( afterall I'm somebody's child). 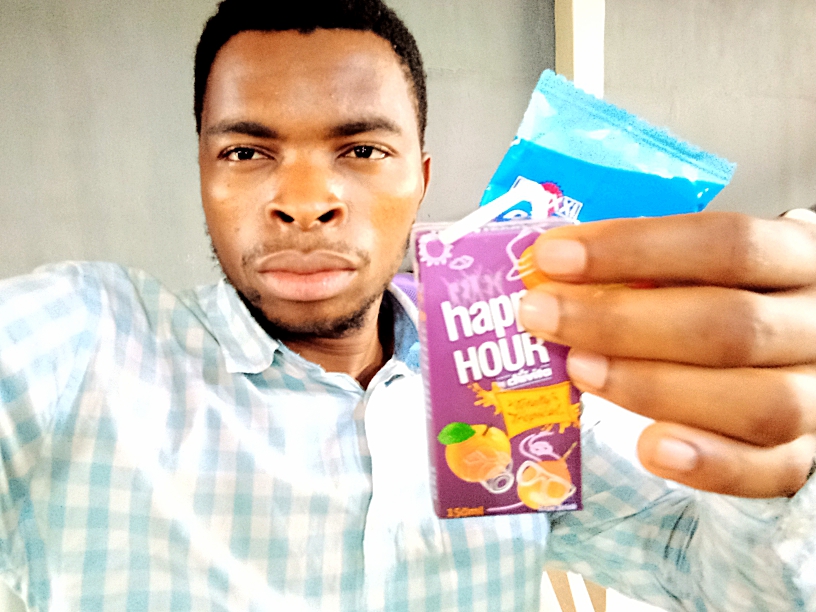 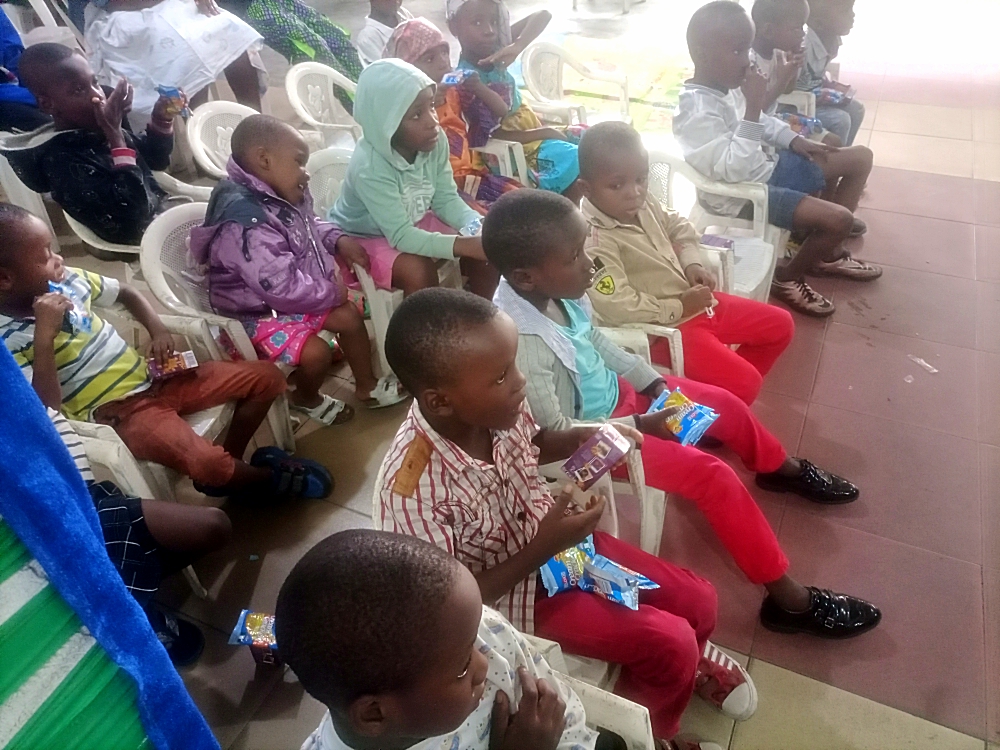 The children were given a little pep talk afterwards . 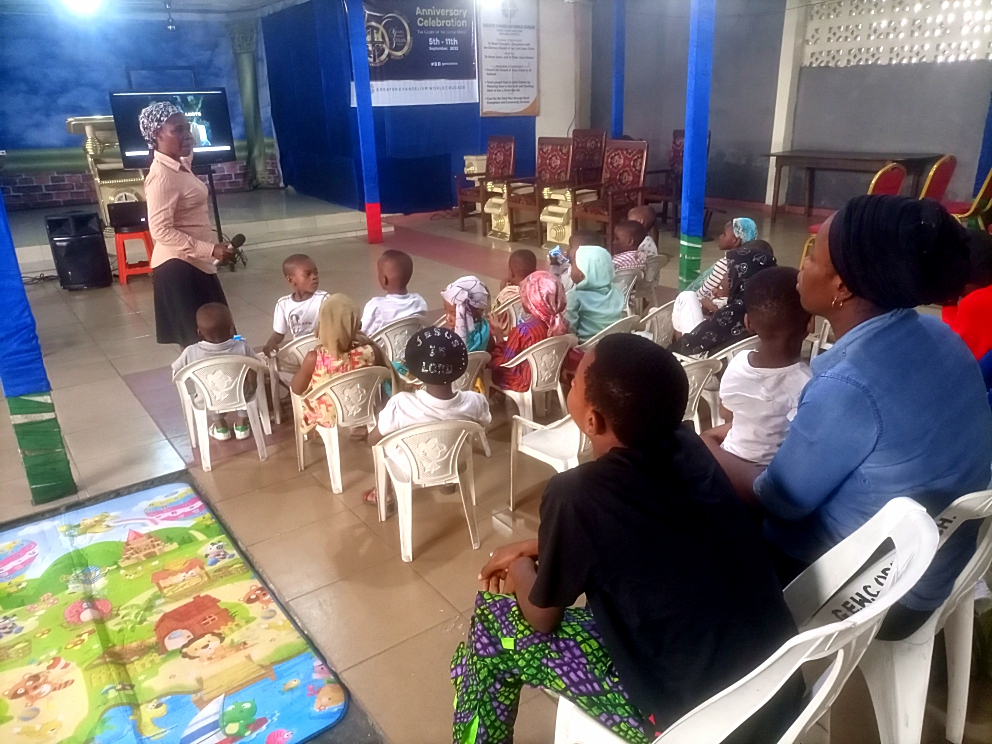 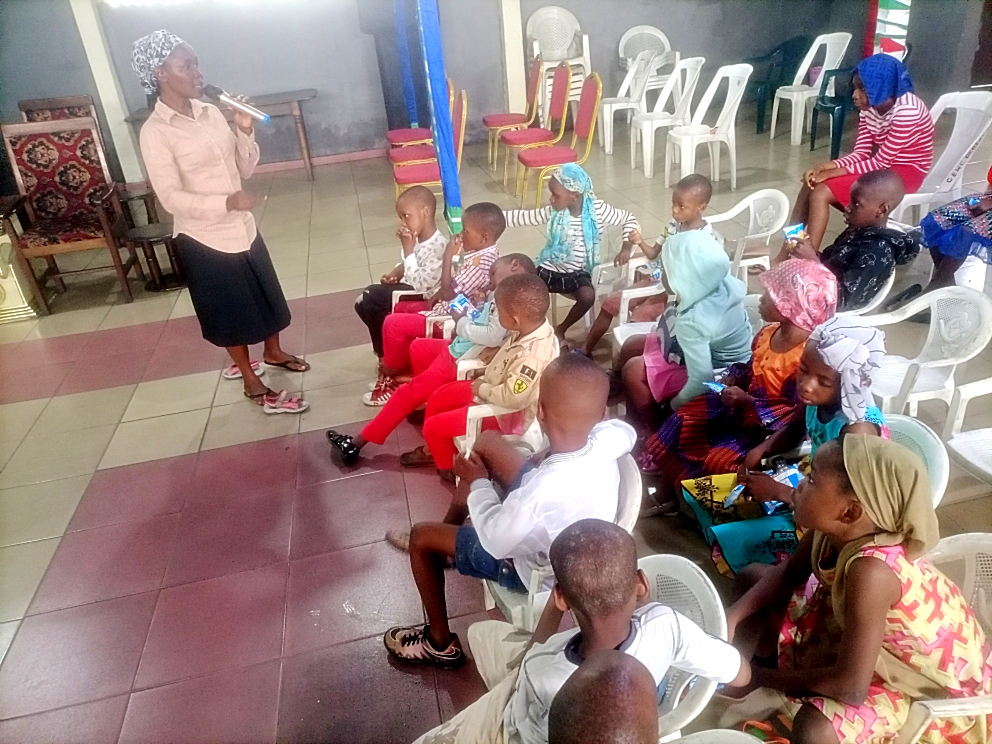 At the end of the show, we took group pictures and selfies . The kids were so happy and the fact that they were happy also made me happy. I was so glad that I could put smiles on the faces of these little ones, that I was part of a team that made their day remarkable. 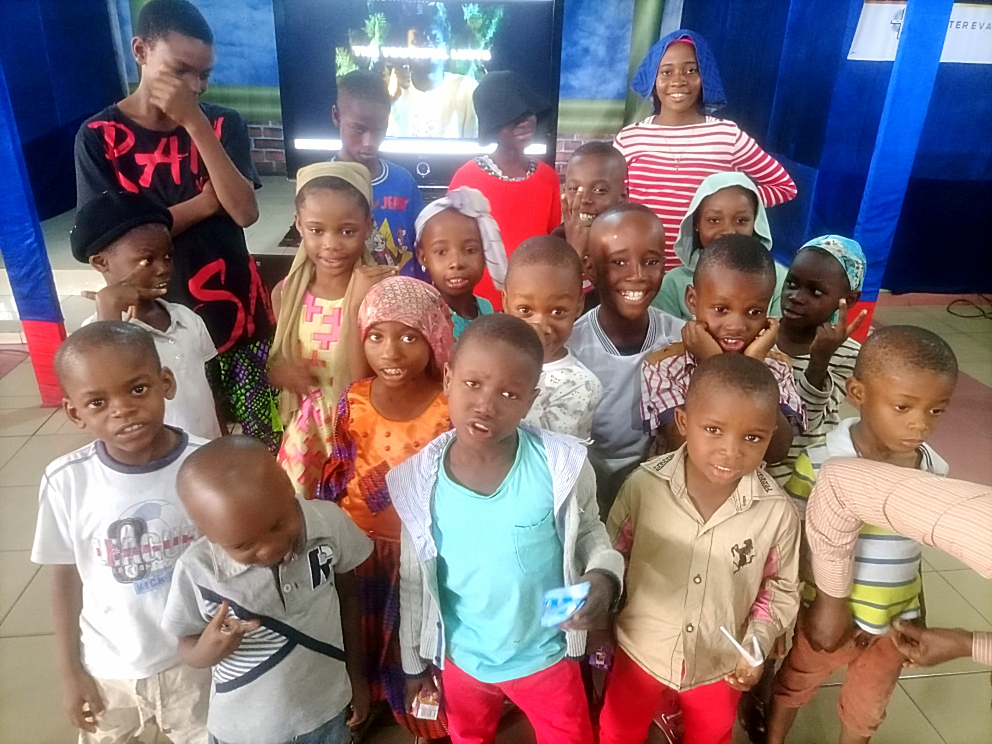 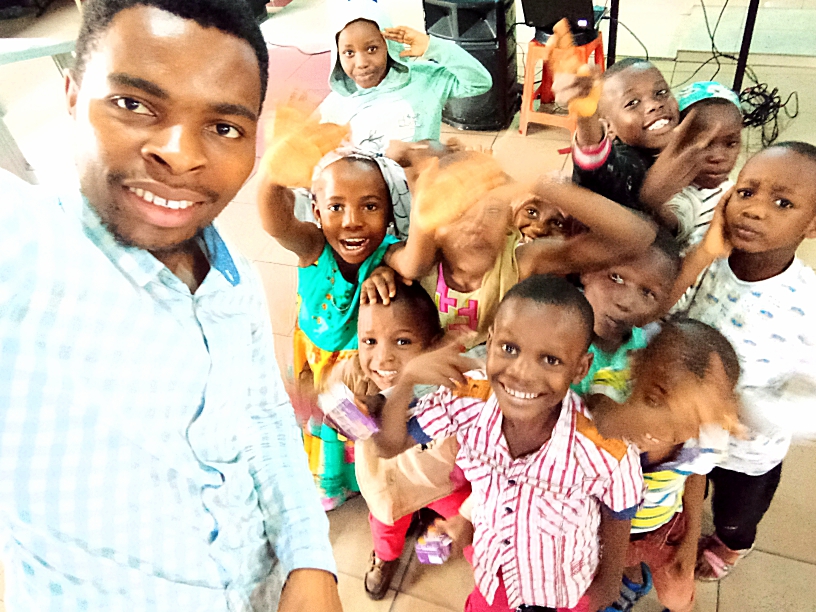 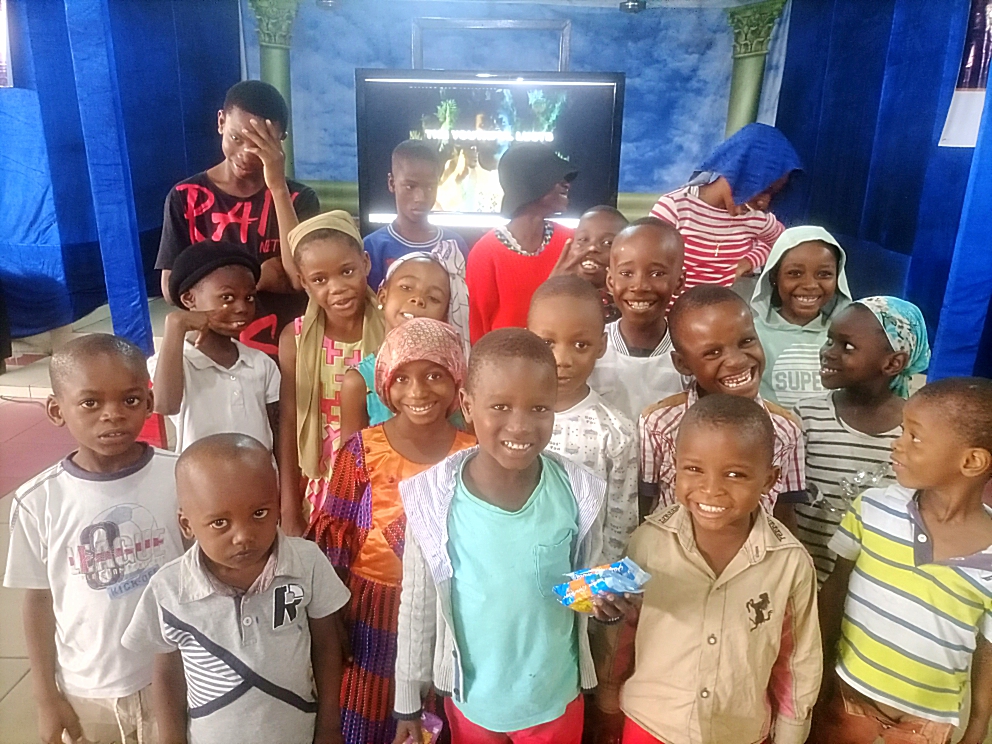 Whenever I see these pictures in my phone. I can't help but smile. It was such a memorable experience and I'm happy I was part of it.

Thanks for stopping by. I hope you found this interesting. I also hope to read about some memorable events from your daily life. Thanks once again. I love you all ❤️.

Special thanks to @lauramica for putting all this together. Much love♥️

Kids are a total delight. Hanging around them is so much fun and I particularly like that they are not so hard to please. I also teach kids and sometimes they make presentations and it's always exciting. Funny even.

You and your team did a good job. It's obvious from the faces of the children that they had a swell time. Thank you for putting this out here.

Thank you so much for stopping by. I really appreciate it

I loved this post! It looks like you and those kids had a great day. They are usually very funny with their innocence. The game of chairs is so much fun, I always remember the adrenaline of rushing to get a good spot. And I laughed when you said that the children fell asleep in the film: I guess they were tired of playing and singing!

Thanks for sharing your day on Daily Blog. Cheers! ❤️

Wow!, Thank you so much for stopping by ♥️. I'm really glad you found this post interesting. Thanks once again

You're welcome. Have a nice day :)

Congratulations @luckydrums! You have completed the following achievement on the Hive blockchain and have been rewarded with new badge(s):