Welcome, Splinter people! I am pleased to present yet another fiery battle. 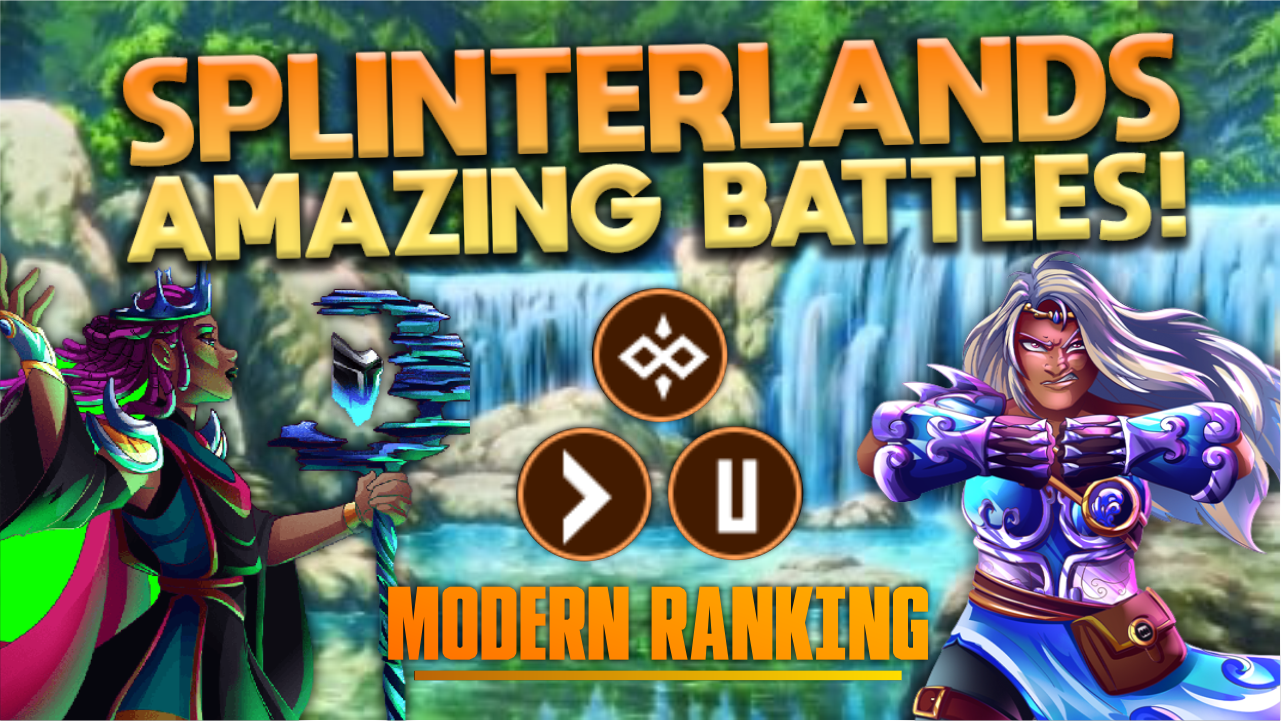 This episode's battle was modern

We're all excited with anticipation about the upcoming new Splinterlands ranked ladder, where you can use only the latest two editions and their respective mini-sets.

That ladder's called Modern. Today's battle is a part of a tournament under the same rules as that ladder.

Being only able to use Untamed, Dice and Chaos Legion cards forces teams to be completely different from what we're used to seeing in regular tournaments.

Look at all those cards we never pick at high levels!

When it comes to my team, maybe Flying Squid shouldn't have been there. It might have high HP, but it doesn't do much against magic attacks, and it deals too little damage.

It's a common card, so it's no surprise there are better options.

Since the amazing Lobstradamus was right behind it anyway, maybe moving Lobs from position 3 to 2 and using Azmare Harpoonist as the backliner instead would have been more effecting. Even if my opponent used a different frontliner, this synergy would have been devastating. 9 damage from only two monsters!

I'm not saying Flying Squid is useless, but it wasn't the appropriate scenario to pick it, for sure. It has high speed and the blind ability, so battles under the Melee-only or no-magic rule sets along with Rise of the Commons would be perfect.

I guess even River Helldonlade would have been a better choice replacing Flying Squid, since it would inspire both Diemonshark and Deeplurker, while also ressurecting Wave Brood for a little bit more taunting. You can also delegate Hive Power and/or SPT to me; Enter to learn how

great fight, wonder how long does it take to level up cards to this stage.

Hey Maria! Spectacular post as always! We would be very glad if you wrote your content with the #THGaming community tag. Lots of love! Cheers!