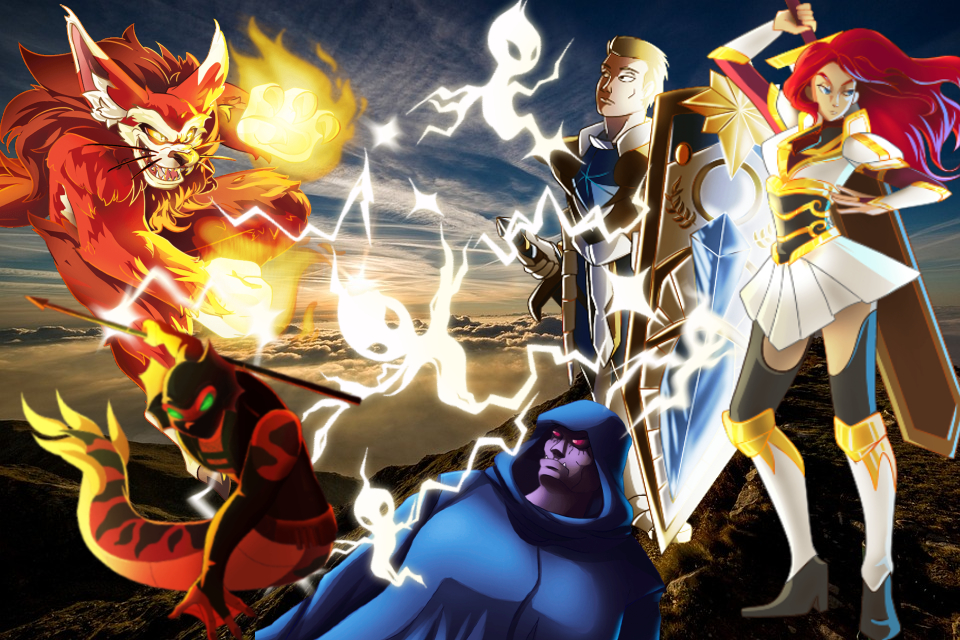 We have a midcap (23) match with the following rules:

Spreading fury (all monsters have the enrage ability) and Close Range (ranged attacks may be used in the first position).

Life and Fire as the only available splinters.

@zawarrior from the Guild of Neoxian is our opponent for this battle!

We choose to go with Life as this splinter gives us beefy low-cost monsters and a good heal and cleanse.

Lorna Shine is tremendous here at only 3 mana. Divine Shield is excellent for making our cards last longer on the battlefield. 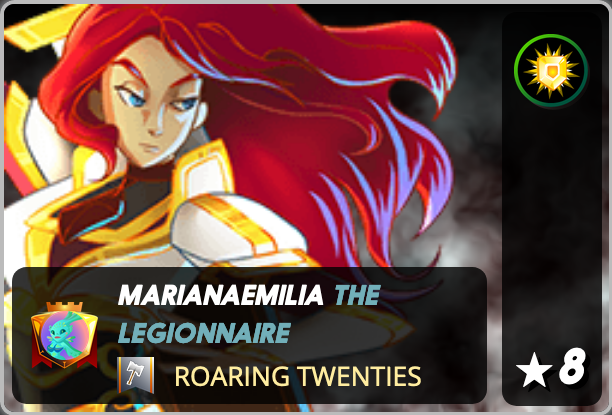 Shieldbearer is a fantastic tank overall.

With the rules favoring high-speed ranged monsters, this card should bring a lot of pain to the opposing team, with return fire being boosted by the amplify from Dax Paragon.

Truthspeaker also helps maintain our frontline alive and kicking for a while longer.

On the damaging side, we have 8 total damage to the first position, with two being magic and 3 snipe damage to pick up low HP secondary targets. Hopefully, the return fire helps us to bring down those archers fast! 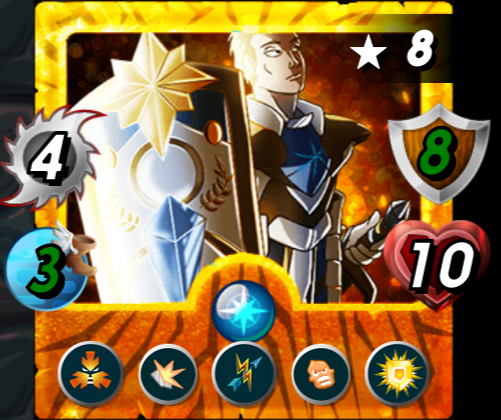 Let's take a look at our opponent’s setup, shall we?

Well, our prediction pays up, as half of the enemy team is composed of ranged monsters! 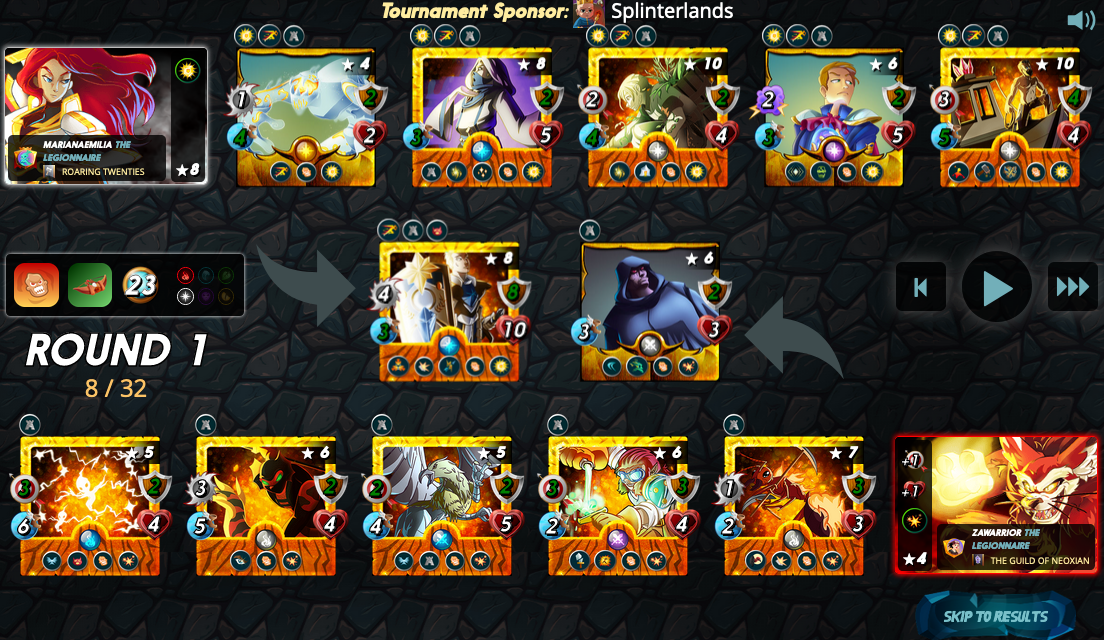 Return fire is going to make a dent in the opponent's forces. Let’s see if our second-position monster holds up to the blast splash damage.

The enemy team is mostly glass cannons helped by Protect, so let's see what happens next. 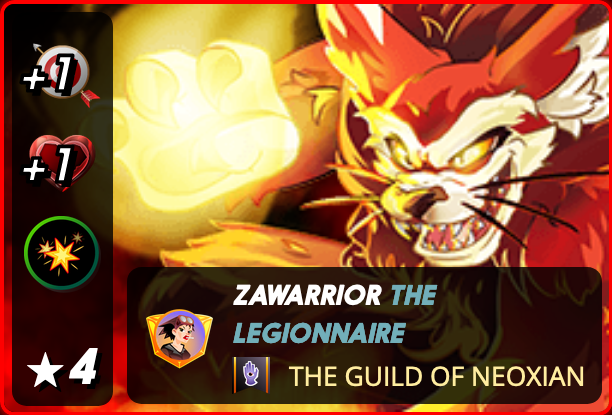 The Chaos Agent Falls to our damage, as does our Soul Fiend in the second position. A lot of Armor gets removed due to return fire on the enemy team. 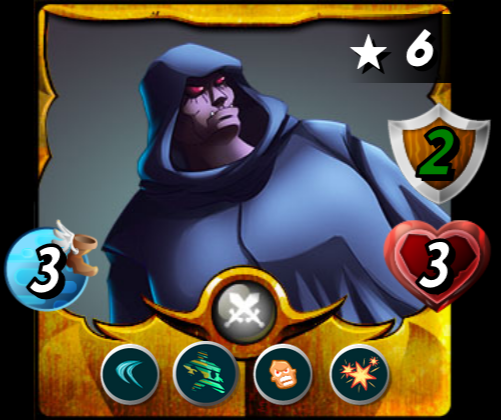 The Halfling Alchemist falls to cumulative return fire and one snipe shot from the Lone Boatman.

Its redemption removes all the remaining divine shields on our team.

Our Truthspeaker survives all the blast punishment, tho! 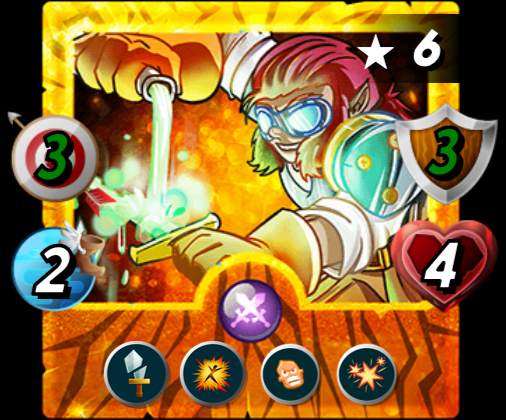 Our Truthspeaker gets deleted by the blast from Spark Pixies, but they fall too due to return fire! Cool.

Our team manages to destroy the Ant Miners, leaving two monsters on the enemy team. 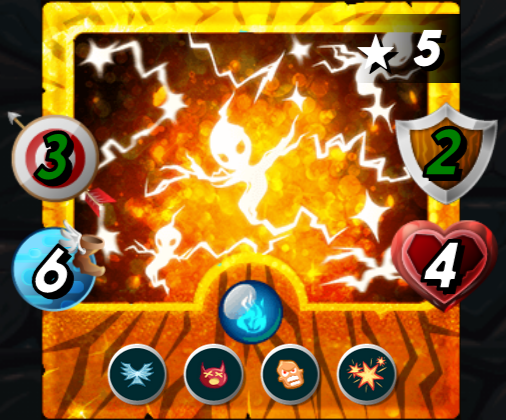 Victory! The tower griffin manages to take down our Herbalist but dies by returning Fire.

The Serpentine spy manages to land the last hit before falling to the combined might of our team. 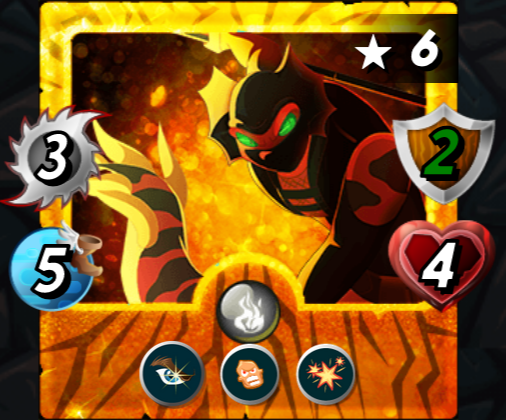 In this match, we can solidify that as the tank falls, the rest of the teams go down fast after it. The tank choice is significant, fellas.

We also managed to correctly predict severe ranged damage from our opponent and counter it with return fire from our Shieldbearer.

We had the advantage of using maxed-out cards as opposed to our opponent, who used some non-max-level cards.

Thanks for reading, and I hope you enjoyed this high-power match analysis!

Hi! I always enjoy battle against Yodin Zaku. You made me happy. Actually it was all about #Return fire that damaged alot to the opponent. Unfortunately they were using maximum Range monsters. Oh don't forget the role of repair by Lone Boatman. Overall it was amazing battle between maximum to maximum.

@certain. Thanks. Lucky for me, some of his cards weren't maxed out. Yodin is so dangerous that sometimes even defending against him, he wins.

Absolutely you are right...
I have seen and also played few battles with HeadWinds+Speed, such combination be more effective against Zaku..
Thanks for response..
Have a nice day friend #Mary

Thank you Mariana for all the superb content that you create for the community! Lots of love from Barcelona!

Thanks a lot! I'm happy to help.