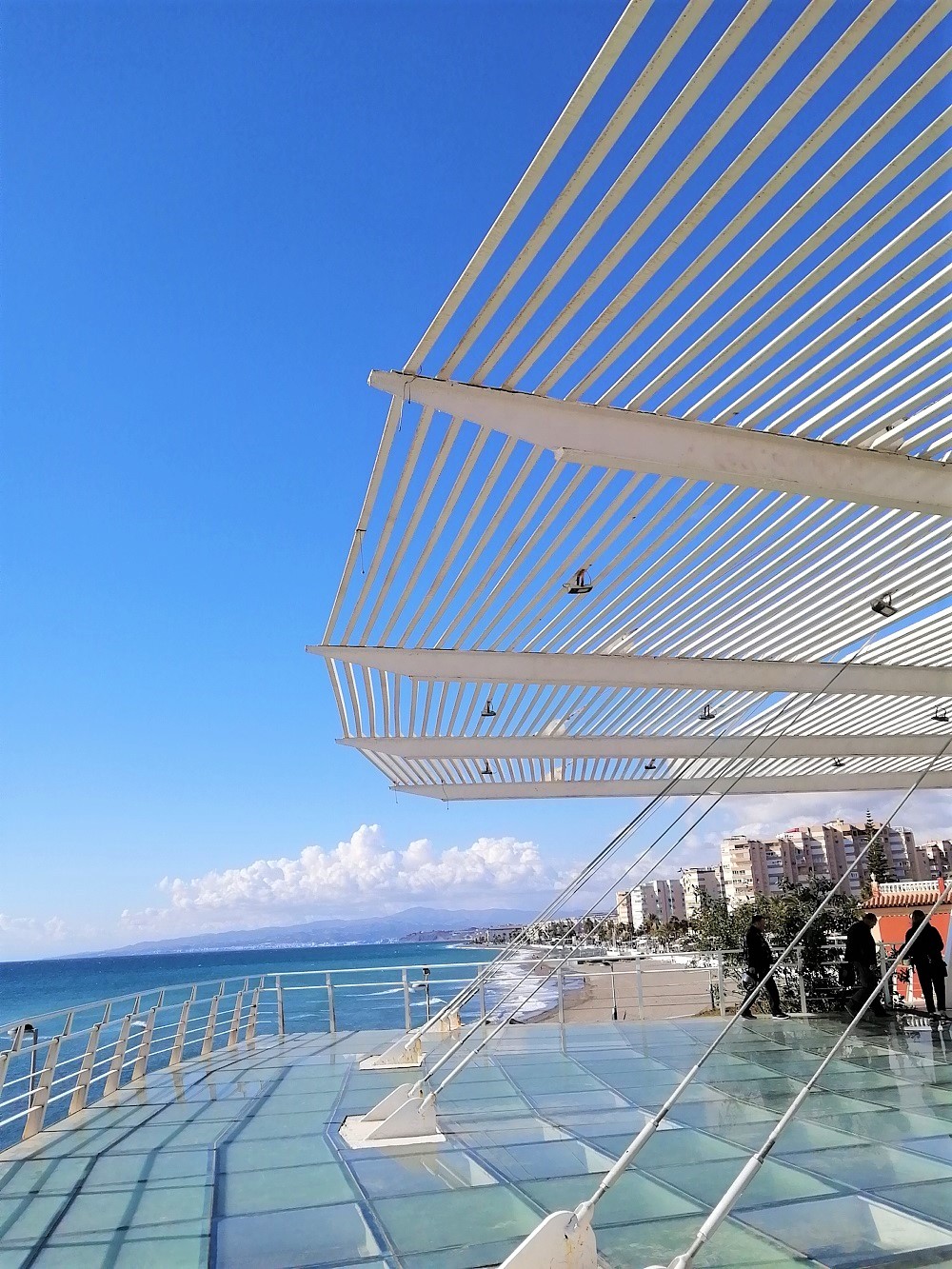 This is the platform which had been built to protect an archeological site in the town of Torrox. Located along the coast at the end of Avenida El Faro, this platform is made of steel and glass. It was constructed to facilitate the visitors to look at the remains of an early roman settlement believed to be built during the 3rd century AD called Caviclum. It had baths, fish and meat drying areas, as well as ceramic ovens.The fooring of the platform is made of metal frames that hold thick glasses. One can see the remains below, descriptions of which are written on a floor board in different languages for tourist information. Once on the platform, one can make good snapshots of the Lighthouse, the Mediterranean Sea, the site of neighboring towns as well as the Torrox Costa Promenade and the ships that sail from Malaga to different European destinations.

I would love to peek into what lies below. Maybe sometime soon.

Yeah.... Hopefully soon a reality. Thanks for visiting

Beautiful view Tita @mers I'd love to see below down there ☺️

Nice place to add in the bucket list but it is sad that we are in a long period of lockdown now.
Hive on👍

Yep, the pandemic make it so hard for everyone.. Unfortunately!

Awesome platform! Reviewing history, nice to know about their existence. It would be nice to personally peek at them.

Yes, althoughthe ruins are not so spectacular since only a portion was excavated.

Tita @mers you are so lucky to have seen all these beautiful creations. I wish I could see those too😋

Hello @patchi02 darl, who knows, someday you might be able to visit..

Gladly, thanks for your lovely comment and for dropping-by.

research museum of tomorrow in Rio de Janeiro. It reminds me a little of this structure.

Yeah, the structures are similar... Thanks for dropping by.

that was nothing bro, nice to meet you