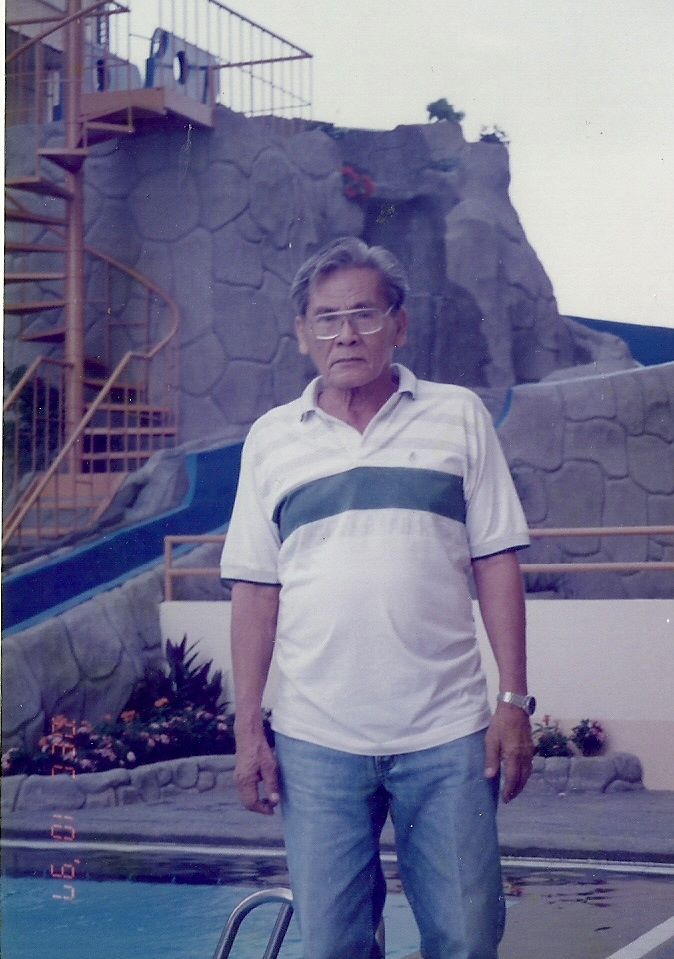 Today is my dad´s birthday, he would have been 95 years old this year. I asked my family back in the Manila to prepare something to celebrate his birthday which they did already. They also visited his grave the week before as well as the family members who passed-away before/after him. 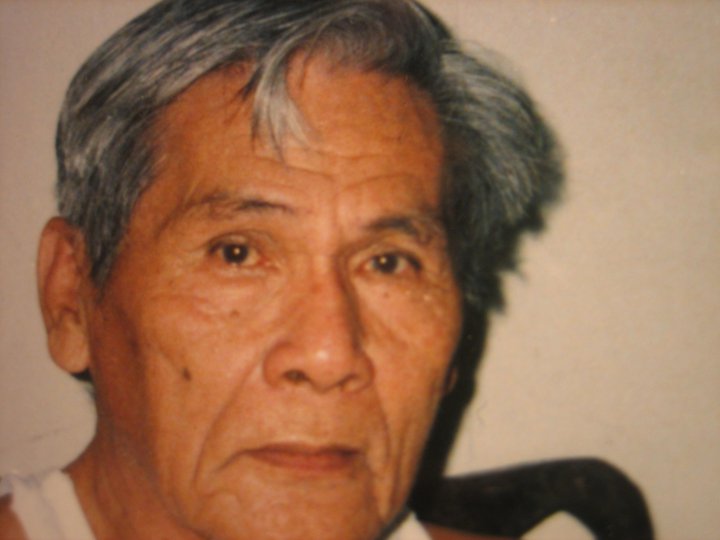 To commemorate my Dad´s life... I wrote a poem as a last farewell to him days after he passed-away. This poem first appeared in the link below.

my brother´s words hit like daggers in my ears
tagged with anguish that no one hears
dark nights strangled hope that dares
what worse thoughts have I for tomorrow
the truth will soon betray as big a sorrow
thinking of you looking so pale
trembled me again and again in scale
now easily stood all my tears
repeated prayers helped not my fears
for all I knew time shapes the end
it was God´s commission I let it tend.....

I stand before you oh father dearest
my heart bears a grief
fallen have I into uneven way a darkest
your life for me is such a brief
but your wisdom will give me a belief
knowing when each day a mischief
your thoughts are mighty a relief
go fort beloved soul
for you have the safest way the Creator had set
to our departed loved ones which you´ve surely now met..... 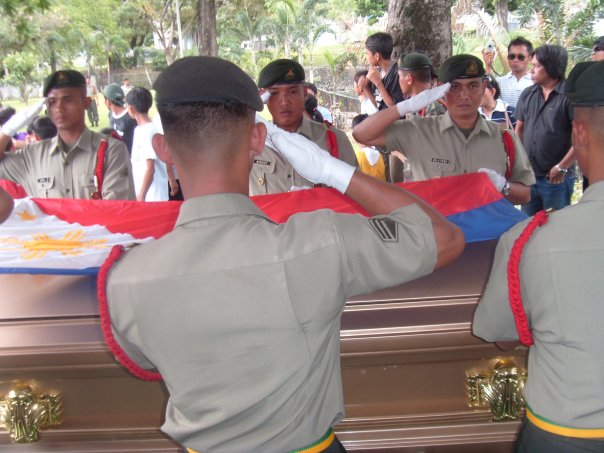 My father was a Master Sergeant in the U.S. Army as well as in the Philippine Army. In 1972 he became ill and have had dark spots in his lungs because he smoked 1.5 cases of cigarettes per day . The then doctor said if he didn´t stop right at that very moment, he would soon die. So he stopped in 1972 immediately after that encounter with his doctor because when he thought of the word soon it made him changed his life´s perspective. He then only ate healthy food, drank milk and ate mostly vegetables , no alcohol ( he didn´t drink) as well as little meat but mostly fish. He recovered from that dark spots in his lungs and was soon leading a healthy life.

When his architect and civil engineer boss´s company CDCP got s special contract with the Bin Laden Conglomerate, my dad got a major position in his Riyadh team, we had no idea whether he smoked there.. Since then, I couldn´t remember that he ever got sick. From stories of my cousins, my dad smoked secretly and hid himself so that my Mom would not see him smoking. After the years, when Mom got sick and had been hospitalized, he was always on her bedside and never missed a day to be with her. Later one day while at home , he fainted and was rushed to the hospital, got all the necessary lab tests and found out that he had a stage 4 lung cancer and was just months away from his last breath.

We were so shocked because he never had shown any signs of his illness except for coughing once in a while. We did not let him know what he had, they simply kept it secret and told him he had pneumonia. Three hours before he passed-away, we had a long talk over the phone ( I was in Vienna at that time) and I told him, when his pain was so severe, he should just let go. I promised to take good care of Mom. According to my whole family who were with him, who all surrounded his bedside when he passed, he shed so many tears listening to me (they put on a speaker because he was hard of hearing)...They said his face looked enlightened after he heard what I said to him. When he passed, it was in the early morning of August 10, 2009. During his lifetime , he kept saying that if in case he died, he didn´t want to be buried at the Libingan Ng Mga Bayani, the National Cemetery... instead, he preferred to be in the family grave. He got a 21-gun salute in his honor. 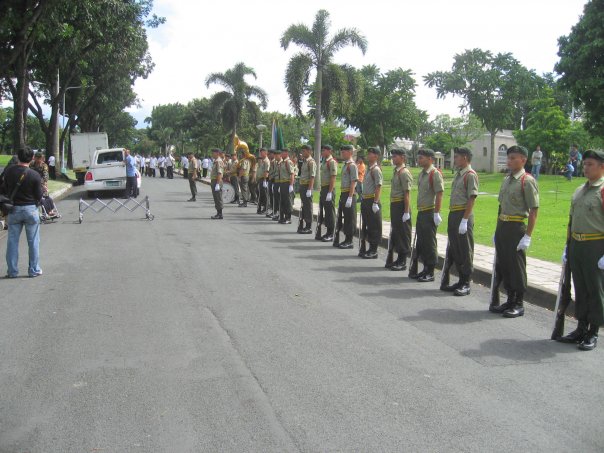 Text and images are owned by @mers

Happy birthday to your Papa in heaven Ate! ❤

Thank you so much Met darl!

I cried when I read your post I just don"t why. Na touched lang gyud ko sa poem,

I remember his smile when he welcomes us to your house and he would let us be ourselves. Happy birthday to your papa in heaven.

I still have the photo of you
and Jackie in our house to welcome him when he visited Manila. I was not there and I couldn't come along because I did not have holiday leave left.

Salamat day, welcome to Hive! I have just read your introductory post... I am also from Cebu, to be exact, from Banawa, Cebu City. You have to post contents consistently para mailhan ka sa mga ubang users. Pag post ug quality contents, have patience in your hive journey and you will be greatly rewarded as time goes by. Good luck!

How I miss my tatay too. Happy bday sa papa mo in heaven

This post touched my heart so much, @mers. Your poem is so moving, the words so beautiful. You truly write from the heart.

Happy Birthday to your father in heaven. ❤️

Thank you so much Denise dear!

Yeah, he was a very good man with principles. It was heartbreaking when he passed and to note that he didn´t know what illness he had. I miss him and Mom terribly.

Btw, Austria has a lockdown starting tomorrow, glad we were out of the country before the stats got worse. I am wishing you a great week ahead....Keep safe!

I feel the same way. I go to pick up the phone to tell my mom something important... and she is gone. I never took her cell phone number off my phone. I couldn't erase her.

Oh! I had heard that they were closing this morning!! I was so glad for you. Don't you feel like a secret agent, running away! :) I did the same. I am happy you are in such a beautiful place! (although Austria is gorgeous!)

Thank you and you keep safe too! Enjoy your beautiful place there!

Yep, we are on the mountain away from the crowd in the village.. We only go down to buy food or make errands, it is safer up here Thank you darling.