We always do food shopping on Thursdays whether here in Andalusia or back home in Vienna. Last week was one of those days that we were able to go down the coast. The supermarket´s parking lot was full and I didn´t want to park far away because it was a tedious walk for hubby to make. And so I simply parked at the handicapped parking space. I do not know how the police came to know that someone is parking wrongly on that space, the supermarket´s lot is private...so there must have been someone who called the police.

At any rate, when we came back to the car, the ticket was already on my window shield. I called the police station and explained that my hubby has a handicap ID valid in the whole of EU. And that the problem was we did not have a blue (handicap) Parking Card put on the car´s front glass because we left it back home in Vienna. So the desk receptionist said I should come with hubby´s ID, passport and the Pink paper issued by the police .

When I came the following day , the police who was at the station said I should go to the town hall and ask for a support and present our papers justifying the status of hubby. I told him I live up on the mountain and that his colleague, another policeman is my neighbor. He said "Oh, then ok, come back next Monday and I will talk to the policeman who issued the pink paper (info paper for illegal parking)". That said, I went up to the service department for townspeople.

I have been going up and down at these 300 steps (?) which I thought never ended...the police station is downstairs next to the town´s park house. I got so tired that I wanted to go home right at that very moment.

At the Town Hall´s Service Department for Local issues...

The woman at the counter said I should go to a certain department for Senior citizens to help me get a Parking card from Junta de Andalusia.

Once there, the man said it will take time to get the card so I should come back the following week to apply for one. Before the appointment , he asked that I should register first in the town hall as a non resident and so on and so fort.... WTF, I thought, I had been registered from the very beginning since living here for more than 20 years !

Again, some more steps to thread going back to the town hall and downstairs to the Park house. 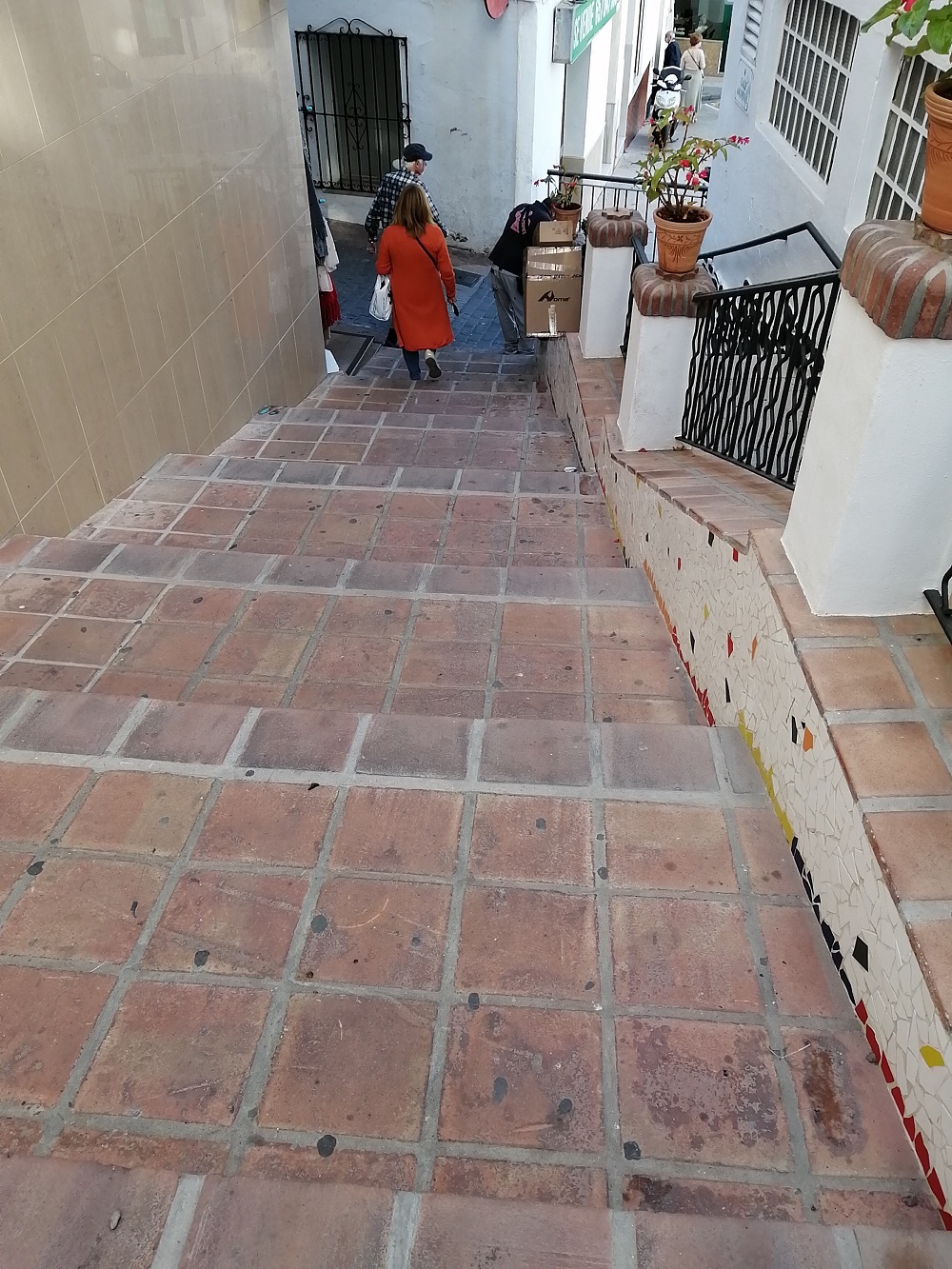 When I came the following Monday, the police officer was there but told me he needed more time and that I will get a reply from him once he talked to the officer who issued the ticket. I was damning it of course when I asked him how much the fine would be.... he said a whooping 200 Euros and if I pay it on time within 20 days of issuance date , I will only pay 50%.

I was so disappointed knowing that the bureaucracy is enorm in this country. I guess bureaucracy is everywhere. Hubby said we´ll just pay the fine of 100 Euros to avoid so much paper works , energy and waste of time for such senseless undertaking. We will simply accept the fine and that was it.... BASTA!

That´s it for now...til next time, see you around.

Original text, all images were photographed by @mers

OMG such bureaucracy! Am just glad over here, they don't give the run around to seniors.

So bad, why they did it ? Youbare both senior citizens, supposed to be considered..langhiya!

Nothing we can do, it's their system that reflects their way of life.

The place is so beautiful and very clean ate.

Oh well, puede na rin.. It's the area where people pass by everyday.. They have to make those unemoloyed locals get occupied.

I make it in slow pace... Hina hinay lang talaga.. Otherwise, you'll be out of breath.

Don't expect something fun from bureaucracy, just give the officers some bribery LOL like in my country. Finishing street problems often take place on the street. ....not the same in other countries.

Hahaha... I know what you mean. We used to live in Africa and bribery was part of the street business. But I guess, when the country is a poor one, bribery is normal, people from all walks of life always get the chance when they can.

Yep, sorry to hear about this, it's a story that reminds me why I enjoy life in SE Asia, and the economic freedom that comes with it. In the USA I have been in so many similar frustrating predicaments. In Cambodia this kind of bureaucracy exists only on paper, and $5.00 USD in "tea money" tends to solve most problems.

I remember fighting with a hospital for 5 years because I was stuck with a several thousand dollar bill for using an emergency room to get a physical check-up. I was only in the USA for three weeks, and no doctor appointments could be made within 700km, so the emergency room was the only choice without insurance.

They slowly dropped the amount demanded over the course of five years until they gave up, realizing that I would rather go to jail than forfeit two years of savings from working in Cambodia for a 10-minute consultation. You were probably wise to pay the $100 and just leave the problem behind. At least you got a free workout climbing those steps so many times 😅.