Cryptocurrencies have a bright future, that only gets brighter every single day that average people wake up from hibernation. 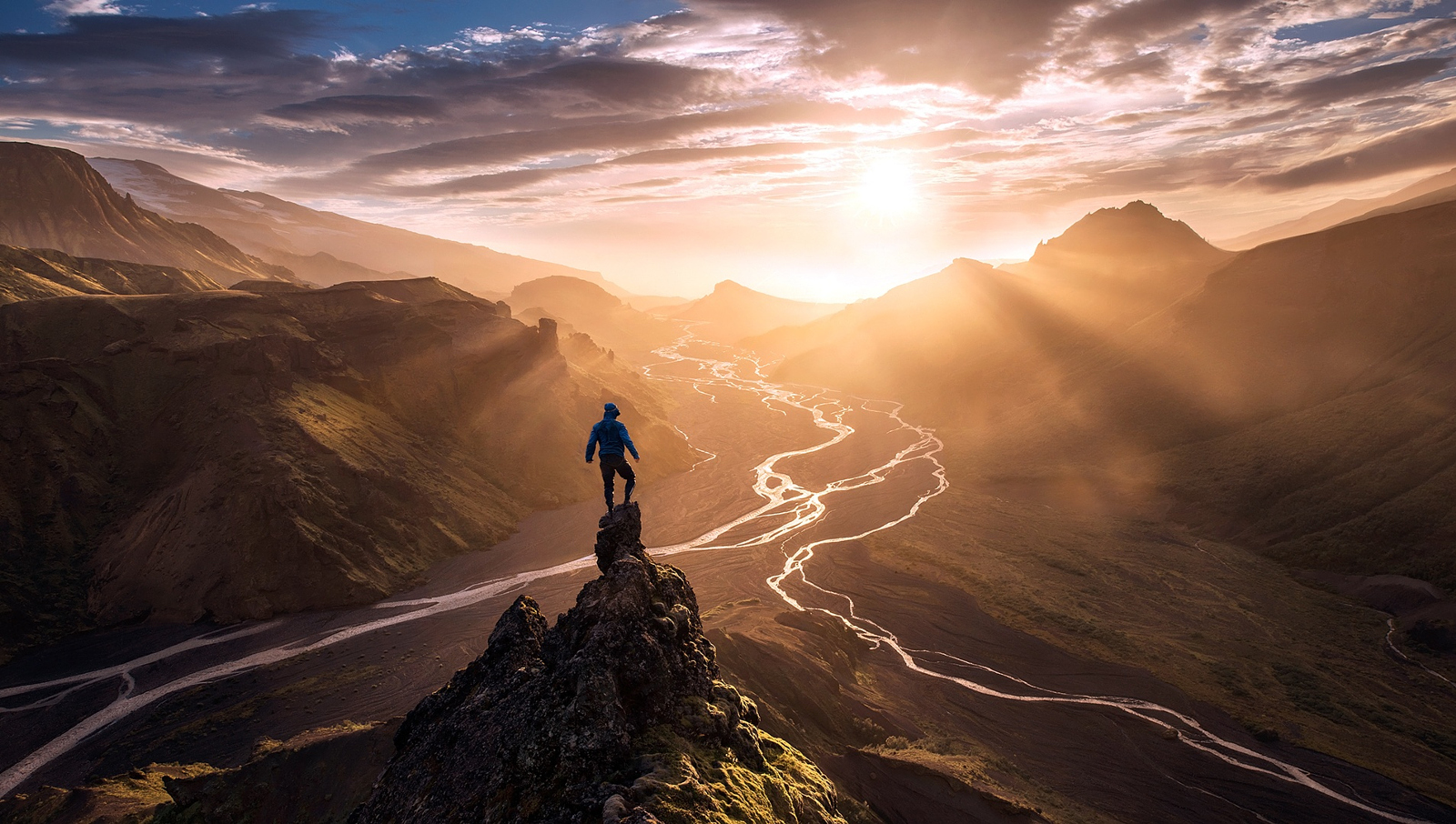 There is no doubt that when it comes to crypto everything can change really fast. Especially when it comes to prices...I mean check BTC's hourly candles...$1.5K up and down in the same candle in the new normal...

Even for people like us, who spend a fair chunk of their time trying to be as informed and educated as possible, it is still really hard to catch up with all the latest developments even if we were wired 24/7.

I am struggling to catch up with all the apps being built every single day on Hive only, let alone all the other projects I am invested in or just simply fancy them.

Cryptocurrencies are about to be adopted by the masses and those who say the opposite are either fools or they simply have much to lose if this happens.

And who are the people who have much to lose that keep spreading FUD and lies? Those that under the current economic model make billions and have established themselves among the elite.

Let's be honest shall we? If I were Bill Gates, or the CEO of SHELL or the prime minister of any country in the world, why on Earth would I want such a radical change?

Why would I want transparency when I can simply continue suck my employees' blood and grow my firm's name. The current system provides all the necessary ingredients so that nobody can touch me and I keep make billions every single day...

Would you ever expect bankers to shill cryptocurrencies? Of course not. Why would they want their dirty laundry in common view?

Mass adoption won't happen in a day or two. It is a process that will take time and it won't come easy either. Don't expect them to let it just...happen, not without a fight.

Luckily for them, even if they were somehow "forced" to use cryptocurrencies there are still a lot of privacy coins such as XMR/ZEC/DASH etc out there where they can hide their shit...which is another reason why privacy coins have a bright future, but I'll discuss it in a post tomorrow.

Let's face it, those who shill crypto nd seek for an different form of economy is people like you and me...ordinary people...who had enough of their shit...

Who have decided that they don't wanna be puppets no more. People who know that their government is consisted of dirty politicians and most likely a dirty prime minister whose one and only plan is to collect as many taxes as possible without providing anything good in return.

Did you know that every business owner in Greece is forced to pay 45% of their yearly financial turnover to their government and also pay taxes from what's left of it? What that means is that if your store's turnover for the year was $100K, then $45K go straight to government and from the remaining $55K depending on a ladder model one has to pay also taxes between the range of 12% and 32%...So you open a store and government's cut is up to 72%...that's not even partnership...that's robbery...in other words small businesses keep being annihilated...

The first post I made on New Years Day was a bit salty ...and humorous. When I wrote it BTC's price was ~ $29.000 after it kept smashing ATHs for like 15 days in a row and kept doing it so for many days after as well.

This is a meme I made for that occasion. 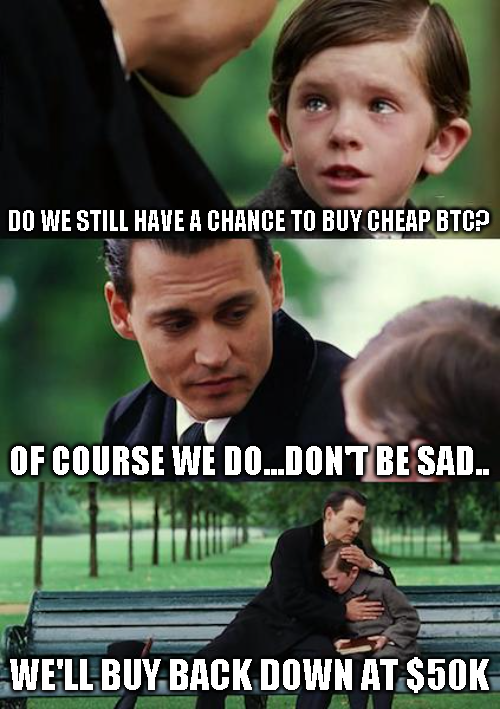 What I didn't know 2 months ago though and probably none of us did is that it would climb a lot higher than $50K so soon...like in 45 days soon...

I was expecting some price action and its price to start climbing to unreal heights but definitely not so soon.

Are you staking some Sats?

Have a good one people.
Image
Cheers.

That word "luddite" has been coming to mind lately. The rains are coming, yet many refuse to help build the ark that may provide a measure of security for themselves. I still try to spread the word, but once i run into resistance, it's time to move on to greener pastures. The ones with an open ear, will hear...

A couple of years back, in a convo about BTC, she said her banker husband had been given strict instructions to stay away from it...
I wonder if they still are... Did you know that every business owner in Greece is forced to pay 45% of their yearly financial turnover to their government and also pay taxes from what's left of it?

If no one would pay taxes anymore, even for a few months, things would change radically. Every shit in this world happens with our consent.

nobody can stop bitcoin in my opinion! They may do so with some other altcoins but btc is the king and they can't blame an actual person behind the "project" for something like they can do with every other coin. Nobody knows who Satoshi is ;)

I try to get some satoshis when I can, adding them to the stake. Even if I like more to play with alts, I like to build up those satoshis. :)

The future of cryptocurrencies is really going to be incredible. There is no more doubt about that.

I love the elements of surprise brought by crypto each day. Yes, there are dips but it won't stay that way.

Let's be honest shall we? If I were Bill Gates, or the CEO of SHELL or the prime minister of any country in the world, why on Earth would I want such a radical change?

This is so true. I remember a statement of Bill Gates about Bitcoin and Elon Musk. I shared it on Dbuzz. It seems Gates is not supportive of Bitcoin.

I'm just dollar cost averaging those sats. Can't time this...goes up and down in a blink of an eye but hopefully the long term trend remains up.

Yes, still stacking. Every week another little buy. Figure I'll keep doing it up til $100k and reevaluate then. Alts are just to make quicker returns so I can stack more sats. lol Except LEO. It is truly the first crypto I own that I don't ultimately plan on using to buy more BTC. Although if it went to $100 or something I might consider trimming a little off. :-)

As long as we keep it simple. Bitcoin will keep going up since it’s so easy to buy. Everyone in Canada can buy $10 worth of Bitcoin or Ethereum with WealthSimple or ShakePay. All the other Cryptos are super confusing.

Hello I saw in The Hive Engagement League that you earn the biggest curation rewards per 1000 HP, do you manually cast votes or are you a part of a curation trail? I want to maximize my curation rewards so I'm trying to learn from the best :)

Congratulations @mindtrap! You have completed the following achievement on the Hive blockchain and have been rewarded with new badge(s) :