Is there a Vampire on your Shoulder?

@mineopoly 69
2 months ago
Proof of Brain 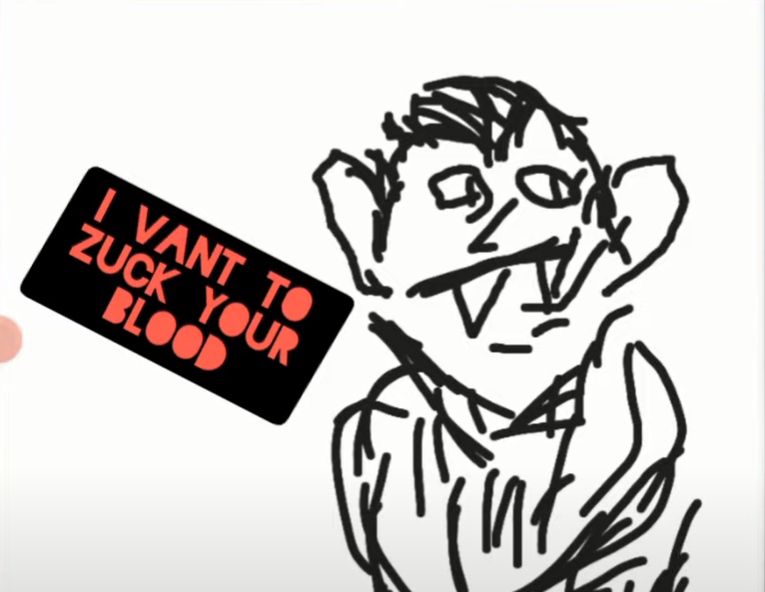 The vampire in my phone

This vampire came out of my phone while I was on the train yesterday with my youngest son. Halloween is getting closer and silly sketches will come out of me from time to time. I used Sketchbook 2 and recorded the sketch with AZ screen recorder. It is just in time for the Pobart #drawlloween challenge.

This monster seems to be my impression of a vampire. I didn't look at anything but I just started sketching lines on my phone. After a minute this charter comes out looking like the count from Sesame street.

I came to the conclusion that I watched entirely way too much sesame street between 1975 and 1985. If one person speaks of vampires they usually think of the shining or some kind of dystopia character but for me, the Count.

The bat at the end of the video comes from preset giphy on InShot the program I edited the video with. I'm pretty happy with InShot and think for a free editor it probably the most user friendly.

Halloween is coming and already Korea is filled with Halloween merchandise in stores. My own kids are looking for Halloween costumes but they complained that all the costumes around look too gory. Even though Korea looks real cute on the inside when it comes down to it people are pretty sick.

My parents told me on Netflix people are watching a Korean "reality" television show called Squid Game. It's a show where people compete to the death for a huge cash prize. This is pretty sick, but it is a picture of the hopelessness people fee. It is also a picture of what people do for money. There is a monster sleeping in these people that wakes up.

Old School is my School

I will stick with the Count from Sesame Street. I still love this sesame street call and response chant. He is my favorite vampire. Instead of living off the blood of sick people he lives off the high of counting numbers and teaching children.

Sometime before Halloween I will give you an update on what costumes our children picked out and the story behind them. They like the video: "What does the fox say?" and they bought a fox mask. They kind of look like the @stickupboys wearing a mask. What are you guys wearing for Halloween?

In Korea the fox story is really spooky but the fox mask looks kind of cute so they bought one. We just have get one more costume for my older son. My youngest son said his older brother can just be himself because he already is a monster. 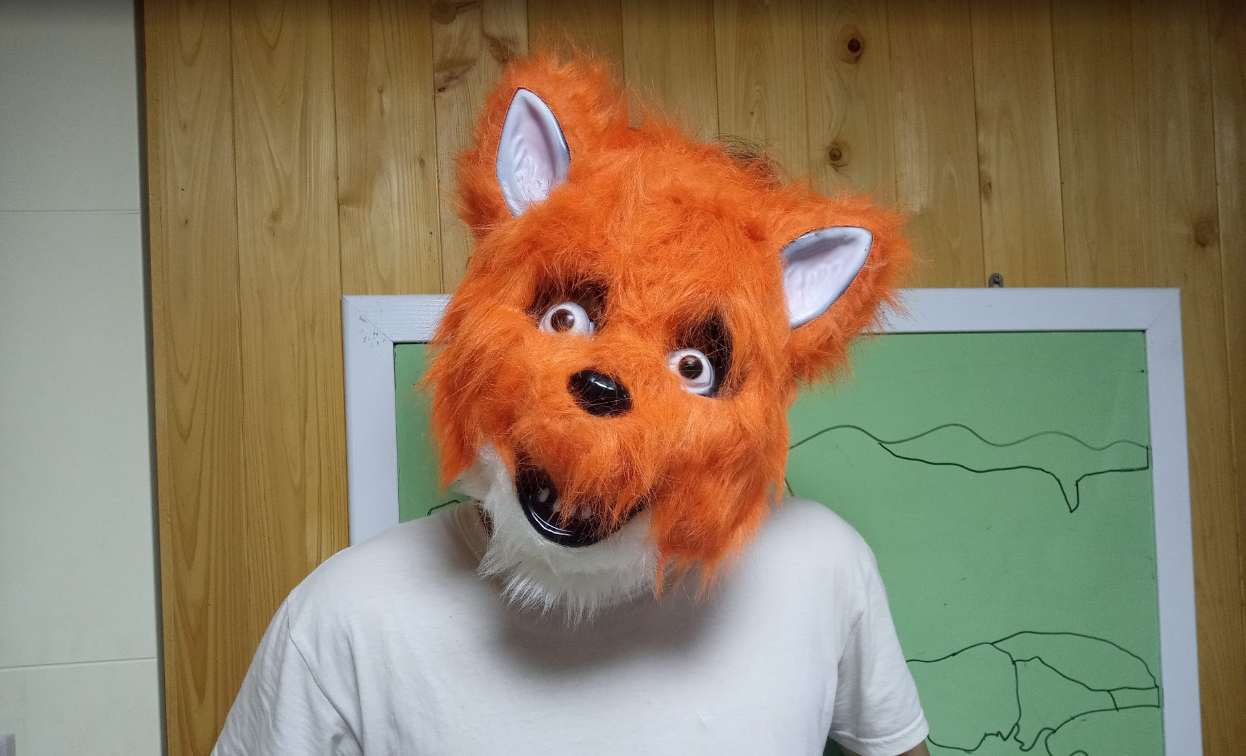 Nice we wear all sorts of things but I love my Alien costume the most....we have been zombie stick up boys before but it ruined our costumes! !PIZZA

not sure but will try to dig out a pic!

Don't do it just for me... Next week or so make a Halloween post and I will find it.

it was a private thing! We used to have a zombie walk in Brighton where I lived but it got a bit out of hand so they stopped it....especially with 2k people mobbing buses and spreading fake blood over the whole town....lol
I miss it

Thanks for the pizza😊

You are not a drawing teacher, right? Haha... Your drawing is really funny but the vampire you have drawn is too cute to be a vampire.

Ha ha. This was scribbled impulsively. He is the count. I think I can only draw cute even I tried otherwise. !LUV

I did Binge watched 'Squid Game', it's totally amazing and insane. No doubt why it's making such a great fuss. Did you play Red light, Green Light? 🚦😂

Maybe I should watch it to improve my teaching skills... but I'm not letting my kids watch it.

I have heard of the 'squid game', haven't really taken time to watch any clip, I guess I should.

My youngest son said his older brother can just be himself because he already is a monster.

Ouchhhh! This is brutal! They having a misunderstanding? Or or the elder brother is just playing his role as an elder brother properly.

Boys fight and forget about it the next day. They are mutually responible. It is not at squid game level yet.

Okay, so squid level is when it get all tense?

!PIZZA is really good, better than what Charlie Brown got.

Poor charlie, always getting a rock😩😅.
Thanks for the pizza dear.

I couldn't find a rock token.

I don't need a rock😔

Halloween!! The fun moment is coming. In my country we don't celebrate Halloween but from what I've been watching and hearing about Halloween it's a fun filled celebration.

My youngest son said his older brother can just be himself because he already is a monster.

Hahaha. Kids are amazing. You can imagine! I wonder what his brother did to him that made him say his brother is a monster lol. This is so funny.

They have a 30cm height difference and sometimes he is a monster 👹... But usually very nice.

Smiles. Oh that's great then. He should be fun to be with then.

They are both great kids. The youngest is full of rhymes and limericks and really has a great voice. His older brother is the theme of most of his songs !LUV

@teknon, you've been given LUV from @mineopoly.

I'm glad we can share this with people @teknon,

Halloween is a really interesting day. I don't think is an official holiday in any country.

Thanks for the pizza.

Thank you. This did make my day !LUV

@curie, you've been given LUV from @mineopoly.

Congratulations @mineopoly! You have completed the following achievement on the Hive blockchain and have been rewarded with new badge(s) : 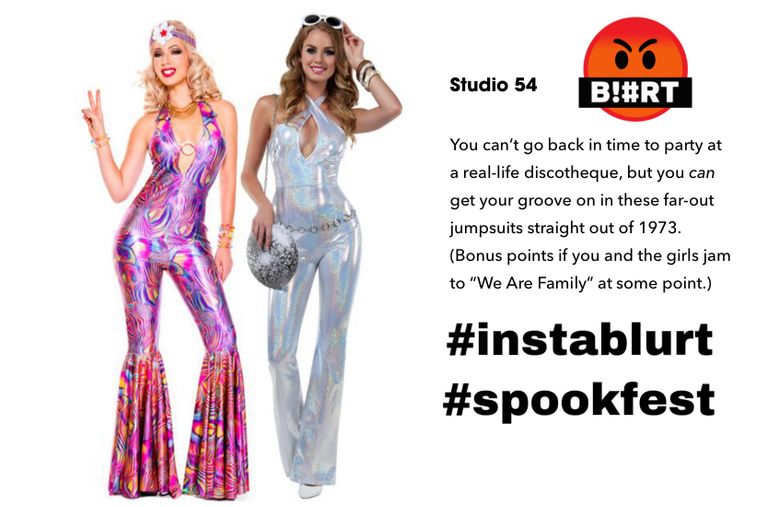 Cool. Instablurt is having a blast. I don't have any sisters with me.

hhehehe for me - i think of Count Chocula LOLOL

it's a cereal with chocolate marshmallowsLOLOL and then next - would be the count from Sesame Street.

my kids just started watching Squid game - i asked what it was about but my daughter told my son not to - because she wanted to be surprised... lol so now I know.

yeah - that is like hunger games mixed with Survivor. now that I know - i don't think i'll watch it. i don't like gore LOL

so thank you for sparing me hahahahaha

i'm in the car - so i can't see your video - but i saw the cute pic for the preview - you're a great cartoonist! hahaha

Have a great day and be careful. Squid games is not for kids. On the other hand Count chocola is for kids.

Is there a !PIZZA cereal?

@dreemsteem, you've been given LUV from @mineopoly.

but thank you for looking out for them! and hmmmm now I really want to go get some Count Chocula for breakfast. but i'm not sure if its gluten free! I seriously haven't had it for like.. 25 years hahahaha

and they actually come out now for Halloween!
there is Count Chocula - BooBerry - and... hmmm one more. Franken Berry! LOL

ok now i have to find a picture for you hahaha AND... the amazon link LOL
maybe you can get it for your kids hahahaha

That's cool. I've looked into Amazon from time to time. My kids are still young. The oldest is still younger than your youngest.

I'm loving your time-lapse drawing, I can see you've got some talent.

I'll need to check out this Squid Game. I'm so backlogged on tv content I'll probably get around to a few years later. I've only watched a handful of Korean films and I have a copy of Memories of Murder (2003) that I've been meaning to watch when I'm the right mood.

Ha!!! Memories of Murder is another Netflix thinggy. Koreans watch these things when it is too hot outside. The drawing wasn't really time lapse. I just scribbled some stuff and recorded it. The speed is 2 x.

Ah now get it, the speed fooled me.

You're right about Memories of a Murderer: The Nilsen Tapes but seems to be based in the Britain. Their true crime docuseries are killer, pun intended.

Where is the humor token?

I like your sketch, you tried but did you just say it's a vampire?😄 - well even though I have never seen a vampire and I don't plan on seeing one I don't really think their description matches with your drawing, wuuuu!!! It's really scary and cute at the same time

Talking of the trending movie squid game reminds me of the extent people can go to make money in life, it's really scary! Even when they know their life is at stake.

The vampire lives on other people. Squid games is similar. In the end it is utterly meaningless chasing after the wind.

You are right! Squid game is totally similar to vampires there is nothing different, I mean when one kills others to benefit themselves what else do we call it?