Wake Up Your Kids Playlist

@mineopoly 68
about 2 months ago (Edited)
music 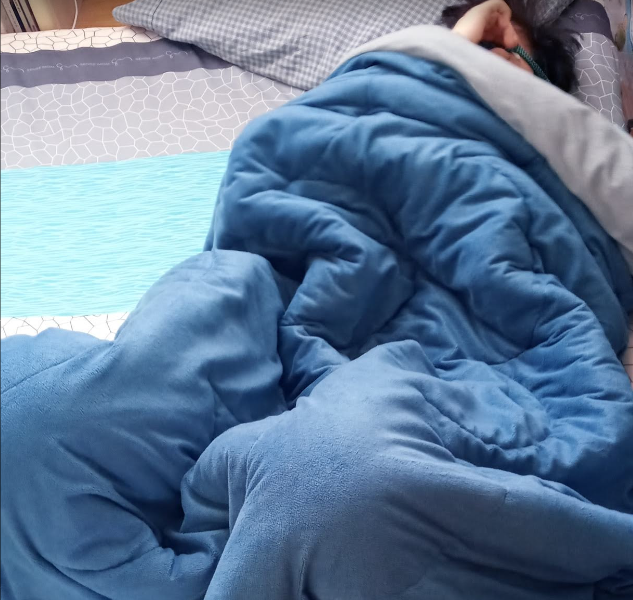 My kids won't wake up when I call their name or pull their blankets off or turn on the lights. The one thing that works is this playlist. It varies from time to time but there is something that always works.

This is the first song I play. I don't expect them to wake up, but they begin to realize that it is morning when they hear Chuck Berry singing, "Roll Over Beethoven."

I hear some faint words coming out of their mouth and a desire to get up but mostly they just roll over. Here is the video I use. It includes Chuck Berry introducing the song himself.

I feel good every time I hear this.

I know I just made the morning roll over.

My son rolled over.

This Beatles song especially works on a rainy day. My teenager wakes up and asks, "Dad is it sunny?" Then I say, "Of course" and I turn on the lights. He looks at me like I'm crazy and then closes his eyes and looks for a pillow to hold.

In the same mood with the Beatles comes the Silly school education guys. I love these guys from the UK and think they have the right idea https://sillyschooleducation.co.uk making school fun. All their songs are very mellow and put my kids in the right mood to wake up.

At the same time there is always an upbeat drum behind the song to get them moving. At this point my teenager is still in bed even though I told him he has only 15 minutes to get ready and showed him the clock.

No response. A slight turn of the covers.

Should I pull the covers off?

I don't know what this is, but my kids hate it. Maybe it should be illegal. It is about two girls who seem to be forced to make videos. They have almost a million followers so somebody likes them.

I start the video at 1:27. I tell my son that if he doesn't get up and in the kitchen then I won't turn off the song. This song tortures a teenage boy until he gets up.

It only takes ten seconds for him to get up.

He is in the kitchen and turns off the song himself.

"I sheared a sheep"

I agree with my son. This song is torture for a teenage boy. but it works. He is up and off to school. Now it's my turn. Teacher, get to work. There are two teachers down in the English department. Qualified substitutes are just not around these days.

If this EFT idea pops then we all wake up!!
Tenor Source

Yes, I will write one.

What song do you wake up with?

Let the kids sleep. So that you can have some rest too. Or you could have a romantic time with your wife 😍, Just Couples moments 😊.
About pob-wotw, no you are not lazy. How could you miss another great win. I think it might be you strategy 😜 to wait for others so that you can cook something spicy and delicious and make another winning entry. Any Good luck for that, I already know you goona be in winning list. 🥇😀👍. !PIZZA

I've got magic cooking but not quite ready. It will be out in less than 24 hours.

I let my kids sleep in on the weekend. They've stopped waking up a 3AM or 4 AM at this point in their life. Now, they'll get up and turn on their TV, play with toys, or do their words. That gives me and my wife 1-2 hours extra, but I'll usually get up with the kids so she can sleep in most of the time. During the week, though, it's all business.

That's so sweet of you. 😊
What about school Time? How old are your Kids?

My oldest is 4. My youngest is 3. Their schooling doesn't start until 8 AM, but if I work from home they're up at about 6 getting ready for school and doing their letters/numbers.

Wow, that's the tender age. It's must be quite challenging managing both of them. Are they naughty and troublesome kids or have sweet and gentle nature just like You?

It has it's peaks and lows. I mean, it is what it is to me. I feel that I just have to flexible with most things and rigid with others.

Are they naughty and troublesome kids or have sweet and gentle nature just like You?

They're wild boys. They're naughty, troublesome, sweet, and gentle. Just like Dad. My wild years are done, though. I've got to raise them so I have to do it properly so they can come into their own.

You could have warned me at this point that I mis-tagged this post... but there really is only way to learn something well.

It was a hellish week for me between finals, family, and work. I apologize for the inconvenience.

Rest well and thank you.

For my 18yo son, the only thing that works is, "Hey Siri, set a timer for 3 minutes" followed by, "If you're not up in 3 minutes, you owe me $1 for every minute thereafter."

He then moans and complains about tyrannical authoritarianism, but that usually works.

"Hey dad. Can I have ten dollars."

I go through this...

"When I was 10 years old. I had a paper route and when I was 14 I caddied at the golf club. I opened my own business when I was 16 and cut lawns. When I was 18 I worked in a hospital and was studying premed."

And then he comes with,

"And now what are you doing dad?"

I don't know where he gets it from.

@scholaris.pob 55
about 2 months ago (Edited)

Ha ha. You and @trostparadox have weak tactics. WEAK!

I choose not to wake up the kids. They usually sneak into our bed between 2AM and 4AM. I just wake up mommy and tell her she'll have to make them breakfast and take them to school. And then...I run. 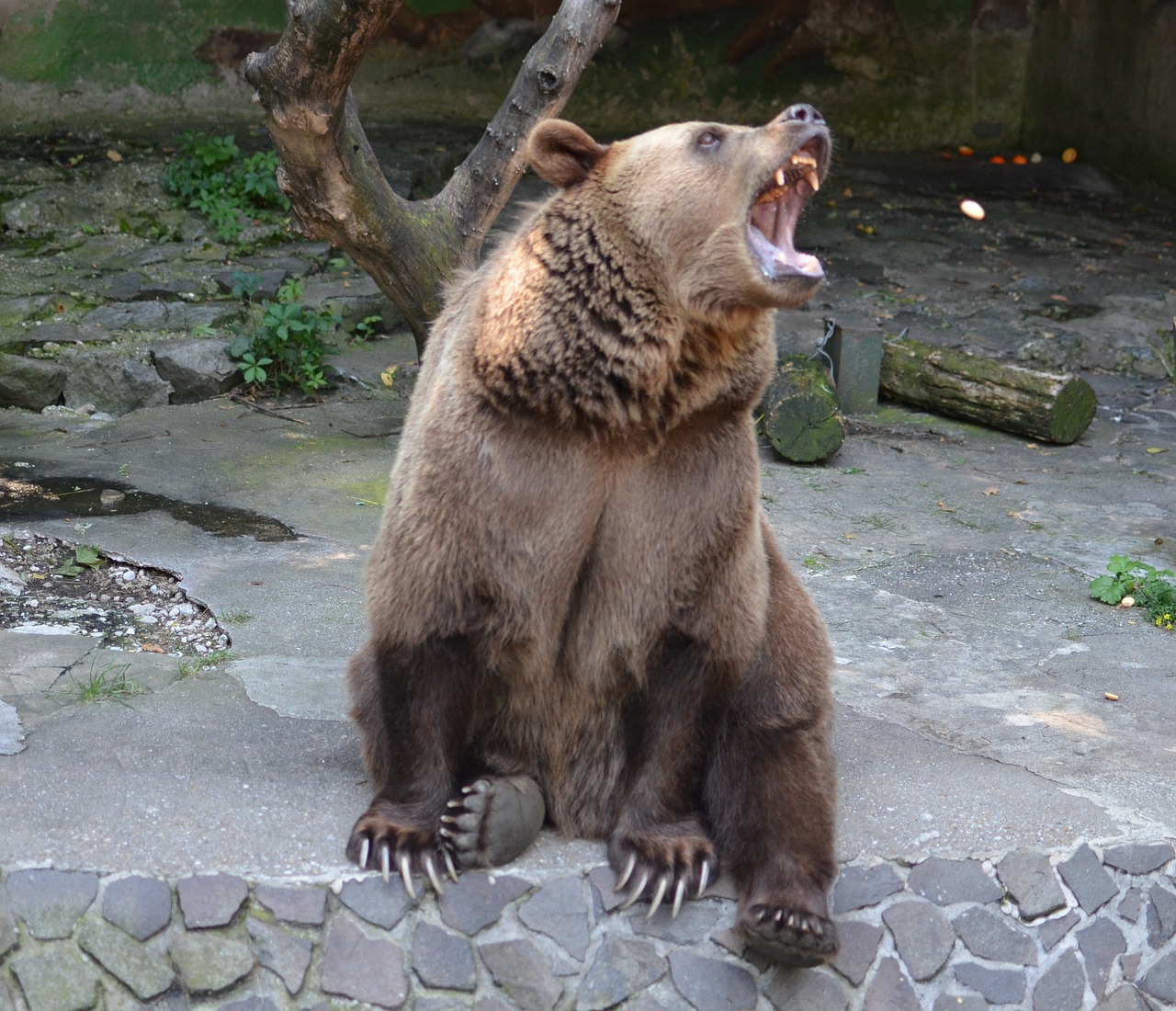 Image by odovolenkesk from Pixabay

Jokes aside, my boys are only 3 and 4 years old. Your tactics may not be weak after all given my increasing age. I'll try that tactic on my older boy in a couple of years. It seems pretty benign but very effective. I'm not worried about my three year old.

My 3yo has the same thing me and my dad have. We don't sleep much and there's next to no lag after it's time to get up.

I always wondered how you get everything done. I need a good 6 hours straight of sleep of my body is trash the next day. 3 and 4 are great if your wife is healthy and can handle it. You are blessed. There is a completely new challenge when they become teenagers^^

Oh my god. The only reason my oldest doesn't say "tyannical authoritarianism" is because he's still working on his words. One time I tried to wake him up he said I broke his heart because he had to get up early. The first time he said that to his mom she let him sleep in and missed a day of school, lol. It's only day care though so he didn't miss much. When he tried it with me the next day, the results were quite different.

Haha, nice one. I have to create a list for my husband to wake him up, he is no less than a baby. His alarm keeps buzzing, it would wake up Raag while he is still in his slumber.

Wow... Lucky guy. I wish I could sleep like that. I'm always awake first even without trying.

Don't forget about this classic from Wham!

Oh no... Definitely a wake up song.

But I never saw the video.

Bus drivers in Korea still listen to stuff like this.

No kpop for them? I thought this was all the rage especially given the country 😀

This is where you might be a little surprised. These days Koreans are not into k-pop. Six years ago every student I taught loved the k-pop groups. Today one or maybe two students in one class. TV shows are the same thing. One Korean television show is trending, but Korean young people follow what they like. These days more and more kids like unique things. They don't hate k-pop but it's a lot less popular here than it is in Indonesia and the Philippines. Like many other kids, my boys aren't fans.

Hey @buffalobison, here is a little bit of BEER from @mineopoly for you. Enjoy it!