I wanted to write about an act of theft(Plagiarism), that someone had intentionally taking a photo of me, and posted it on his blog.

Honestly, photographing macro insects is not an easy job, I have to balance my hands and hold my breath, and he arbitrarily recycles my photos.

I don't want to complain to you, but here you irritate me with your actions, because looking for macro photos is a difficult job, and I also have some of the same objects, with different files, what if I want to republish them,lest later those who see my photo, they think that it is yours, and I took it from you. Think about it. !!! Here I found 3 names, including: 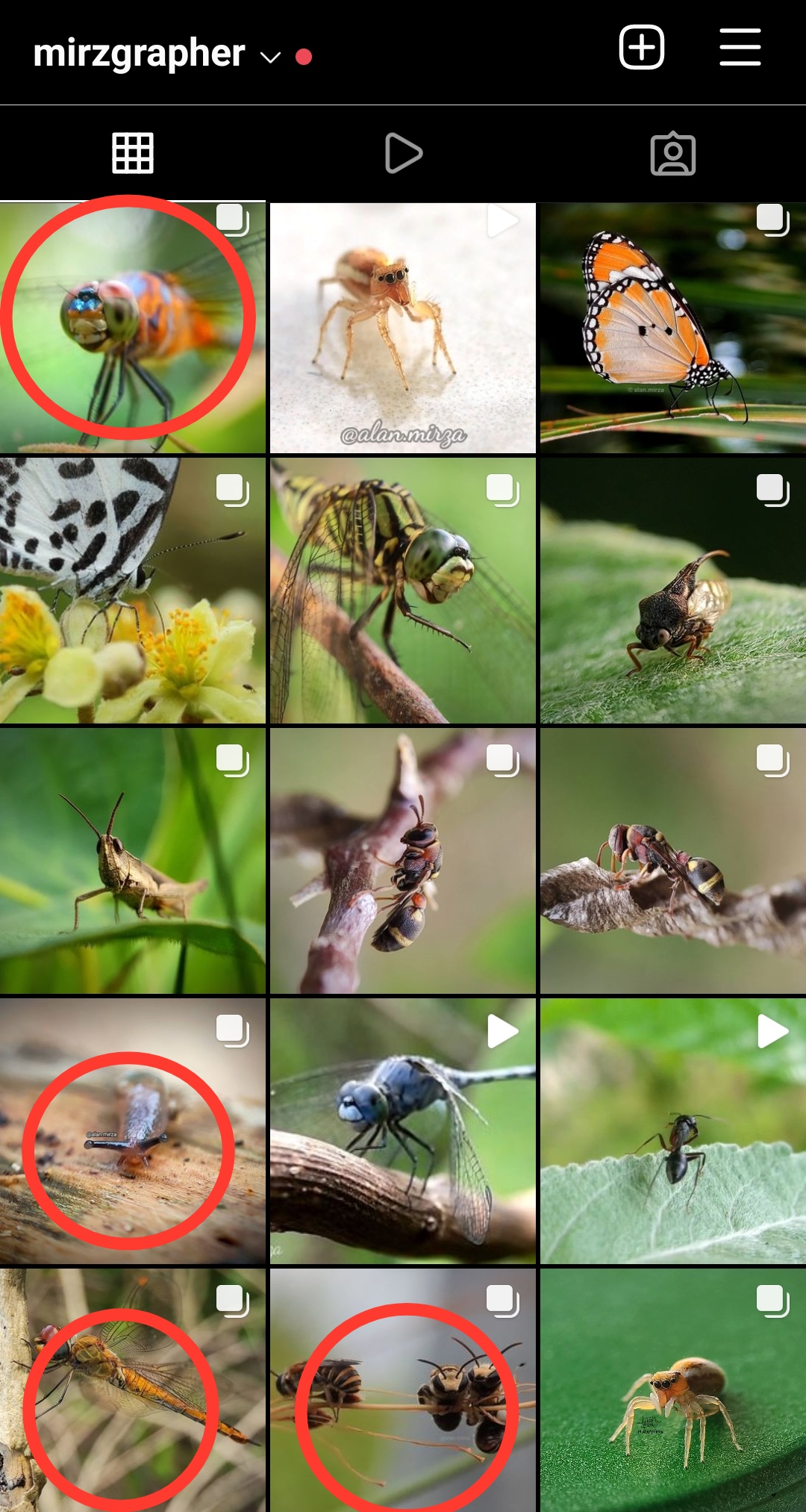 He has deliberately taken a photo of mine, and here are 3 evidences that I present here:

And many others, I count that he has taken 17 photos of mine that have been published by him.

He also deliberately took photos of mine, and here are 3 evidences that I present here:

And the third is Pendisaputra98. He also intentionally took my photo, and here are 3 evidences that I show here: :

Please note that I made this post not to complain, but these are photos of mine that you took, and some similar files are still in my gallery, what if I want to post the same object as another file,(Same photo object with different file) and they will think that I took your post. Please understand. !!

This is a photo in my gallery These are some photos of my dragonfly that are in my gallery, and the files I posted have been deleted. You need to know that a photographer takes several clicks on the same object and point of view, and they can publish those photos with the same object and different files. I hope you understand !! My name is M. Alan Mirza, I am currently 28 years old, I come from Asia, to be precise in Indonesia - Sumatra Island. I work as an emergency room administrator, namely in the Medical Record section at Cut Meutia Hospital. My hobbies are uncertain, my hobbies follow my mood, sometimes I like reading, sometimes I like writing, sometimes I like photographing small insects and other small object, sometimes I also like to play games for a long time.😁

Please report and include the evidence to @hivewatchers. Cc. @adm

Okay sir, thanks for the information..

Any abuse should be reported here, please:
https://hivewatchers.com/reports/new

Well done bro! That's a warning for 3 of them. I look that you still have a good advice her / him on your post. Two thumbs for you.

Thank you sir, this is all I do because it disturbs my comfort. ..
I hope they read my writing and really understand it. ☺🙏

I saw firsthand how you struggle to get good photos, taking time for photo hunting, and to buy camera equipment that is capable of taking pictures even though the price is quite expensive. I've heard directly from @akukamaruzzaman @munawar1 and @teungkulik how they make plans for hunting, about the process of taking pictures, editing and creating posts. This effort requires money and energy. I am proud to have great friends like you who work hard. Good luck buddy!

Thank you for your support sir ☺🤝
Those you mentioned are my teachers here, and i learned a lot 🙏

I am proud to have great friends like you who work hard.

Me, too..
I am also proud to have a wise friend like you sir.

Thanks, and I wish us success together

thank you very much to my friend @taufar. for the motivation and support Greetings compact, life is always in struggle and prayer.

I would suggest that you report this to @hivewatchers so that this type of action will not be continued anymore.

They are stating that they are the ones who took these photos and not properly citing where they referenced them.

Yes, thanks for your suggestion, I don't understand how it works....
can you help me??

Okay, thanks a lot dude 👏

Hey man! You can just complete this form

If the items that they stole are not yet in the 7 day reward period they may get a downvote from them.

Yes, it is a group of Indonesian scammers and content thieves.
parker97
pendisaputra98
predor08
umar97
umiriska0