Leofinance then and now.

That depends on when you got here but from a person that was here since the airdrop on day 1 it has definitely changed for the better.

A whole hell of a lot has changed with the Leofinance eco-system compared to the first website that they launched.

What you see now is a fast, smooth and slick version of what used to be a slow, buggy and boring website that showed financial hive content.

It wasn't great but we didn't know any better after three years of writing on a beta crypto site.

When Aggroed first announced tribes I was very excited as it was one of the features that I had been wanting to see on hive for years.

Separate, tokenized communities that can be customized to fit the content with in built ad revenue and an easy onboarding process.

Basically what we have as leofinance today.

Unfortunately it's not the standard as the hive-engine team never fully developed out the concept to where it should be. What we need is hundreds of leo's all tied onto hive and running unique communities separate to each other.

Luckily Khal and his team have stepped up to the plate and built the product that it always should have been. Hopefully he will patent it and multiply the site into hundreds more.

Leo then was just a simple concept when it was launched.

Create a separate community for financial and crypto content on the now hive blockchain.

At the time it was impossible to separate or moderate content properly and the hope was that tribes would fix a long standing issue around content discovery.

The site launched and did it basic function by letting us write suitable content for the leo front end while earning the new LEO token.

It wasn't anything special at the beginning but over time has added a lot of unique features and important upgrades to the old site.

This has brough us to our current version three years later which is unrecognizable from the original website.

Three years of constant development has led to a much better experience for the end users.

Everything that we envisioned a real web3 community to be back in the early days. It has taken time to get there but development has been strong and steady all the way through.

Now we have a finished product that can be shared with anybody as an access point to crypto and web3.

That is just what has been built on the blogging site. What started out as a financial community has evolved way past that point in the years since. Now we have a full blown financial eco-system.

Apps bridging across multiple chains with multiple ways to get involved in the eco-system.

We have come a long way from just blogging for tokens. This is just in three years of development. The real question going forward is how much will be built for the next three, or the next ten.

LEO in the future.

This is where things get interesting. The price of LEO has dropped over the past couple of years and yet the eco-system has never been bigger or better. I think that the majority of us know that price will catch up with value at some stage but until then I wonder where we go next.

All fairly reasonable developments and ones which have been talked about in the past.

A bit less probable but there is plenty of time for new ideas and developments from the leo team.

It will be interesting to look back in three more years and see how far that we have come from this point right now.

I think that we will be surprised to see what comes next but very happy to have been here from such an early point. 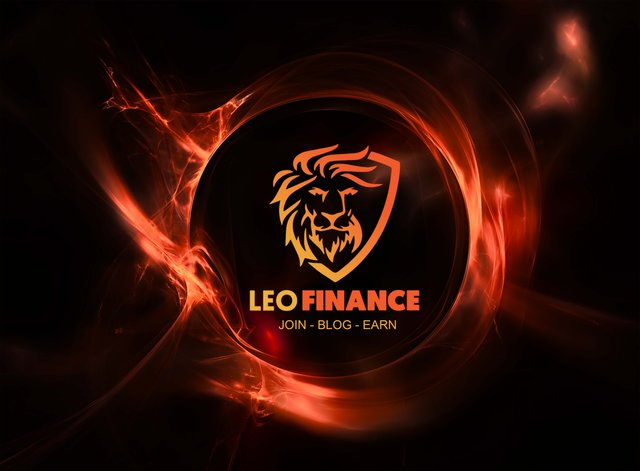 This post is part of the latest competition from @leogrowth here.

I wonder who can make the most thorough post describing and comparing how Leo Finance was back when they joined the platform vs how it is right now?

What better way to encourage Lions to join this contest than to have TEN prizes of 150 $Leo each to allow them to power up?*

Worth everybody making a post and giving it your best shot.

It's still pretty buggy to be honest which is why I end up switching over to peakd so much but cool to see some of what I missed.


I went to a really emotional wedding the other day.
Even the cake was in tiers.
Credit: lofone
@niallon11, I sent you an $LOLZ on behalf of @imno

It does get a bit buggy everytime that they run some new updates but believe me this is a speedboat compared to the dinghy that we used to operate on.

Things have changed a lot and it's only been three years which is shorter than it feels. Three more should be looking very nice.

A lot of things have changed on LeoFinance from when I joined April. There was no threads, no LPUD, and some other things which I'd mention when I write my own version of this article tomorrow.

The further down the line that we have gone, the faster these changes have arrived.

The first year we didn't see much at all, then the year after a lot of the plans got started and now they are coming to life.

Over time the team has gotten bigger and better which will lead to even more new developments and progress.

But it's slow and the scheduling doesn't work. Pretty unusable for me ATM.

I don't find the site slow at all anymore. Communities wee when they first launched. Much better now. Same with threads, much better.

I do remember a problem with scheduled posts but haven't tried one in a while. That needs to get fixed if it's still gone months later.

Overall i find it a good site that need to add a few features properly like notifications, scheduled posts and a few other fixes.

Sometimes i feel that there is so much focus on the defi sites that they forget about their main project which is Leofinance.

Awesome post. The work ethic of the LeoFinance team is the main reason why I want to support its frontend and token.

They have been putting in the hard yards for the community over a number of years and it shows in what is happening around us.

Constant development with a hardcore group of users that want to use the product and invest in the team.

There was a web2 game called "Capitalism." Its focus was on creating factories, shopping malls, etc. I would like to play Leo's version of that simulation game. Gamification is an essential enabler. Learning about finance while having fun would be great.

I haven't heard of it but sounds like it could be right up their alley.

I used to put hours into sim city and theme park mogul. Those are great games to pass away the time and if you added real world economy to them could get very interesting.

Your suggestions for the future of the LeoVerse are top notch. Can't wait to have a play2earn option on the LeoVerse.

It hasn't changed too much since I joined LeoFinance and I think the first major update that LeoFinance added was CubFinance. It has gone a long way since then and it has bridged into a lot of different applications and I look forward to seeing how well it expands.

All these new additions to LEO is the main reason to be bullish about LEO. We've come a long way. LEO has 1 of best track records in crypto. That's what I'm betting on even more than tokenomics! !LUV !PIZZA !CTP

A giant ponzi scheme to make all of the OG LEO holders rich from silly investors using NFT's of some sort - Just checking if your still paying attention.

I was WTF for a few seconds!

It is great to hear from people who have been on LeoFinance from day 1. I have only been here a few months and have seen improvements, so you guys really must have seen loads.

A separate micro threads app for the phone.

I also think that is a best way to market LeoThreads - it's own dedicated mobile app. A great way to onboard new Hive users too.

I wouldn't be surprised I would hear about this in the future. I'm just wondering what kind of game would it be.

I believe this is a very feasible project. The community would just need to collaborate on the course outline and content. The revenue can be used to reward the contributors or to buy LEO from the market. 😊

I can't imagine this without the team. I was excited for tribes when announced but to me, only one had a chance. The development has been pretty remarkable. I would love to see Leotube. I have no interestest in 3speak. It was too challenging to set up lol

Great post and congrats on getting a decentralized curation vote this past week, keep this kind of posts coming!

We have contest and an opportunity to give more visibility to your Leo posts, we hope you check them out!

Very nice summary of Leofinance then and now. It's always nice to see the same thing through anothers eyes. We learn what we didn't see ourselves, and even those things we did see are interpreted differently. This is valuable.

I liked the early Leofinance habit of helping others interested in tokenizing a front end of helping them replicate what Leofinance has done for a price. I also hope they bring it back, or if it isn't gone they advertise it.!