@olawalium 75
about 2 months ago
WEEKEND EXPERIENCES

This is my response to "[WE114] Weekend-Engagement Friday blog prompts" You can also join the challenge [here].

Below is the beginning of a sentence which you need to finish. Explain what the thing is and why you answered as you did.

"I don't understand people who..."

I don't understand people who react rather than respond and after the dust settles they have no decency to apologize. 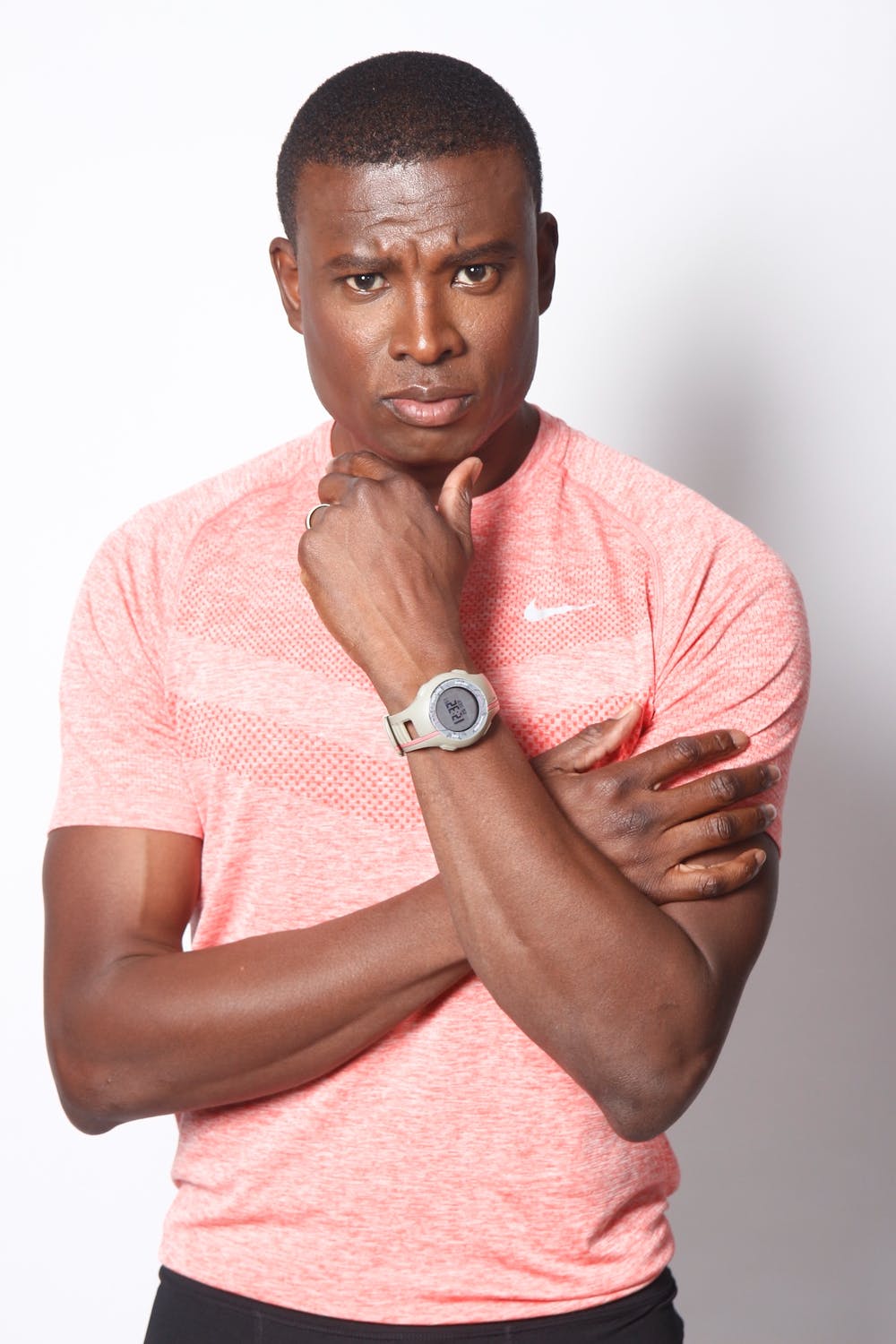 As humans, we always want to find excuses for our actions and of course, I've done quite a bit of that too but that doesn't make it okay to react especially when someone is trying to give you a voice of reason. It takes humility to admit your wrongs and then learn how to do it better. I've been fortunate to receive a lot of guidance from a lot of people here, especially from sir @galenkp and I am better for it. Perfect? I am far from it but ready to learn? Sign me up for it, please.

We all know how Plagiarism is a thing we should frown at because no one should profit off the work of another person without the person's permission. The event that happened earlier this week is something I can never understand how someone would choose to correct you and you still went all out to resort to name calling. I can never understand it because it takes humility to accept corrections and only those with their sanity still intact can accept such.

I read @galenkp's post earlier today and the action of that user he mentioned in that post is something I can never understand. If you haven't read it, kindly go over to [Tethered to the bad] and see for yourself. I don't understand people who can't take to correction and would rather react rather than respond. You clearly plagiarized and you got punishment given to you, the best you can do is to be humble enough to accept it and do things better (if you don't know). The action of that user means he knows and he wanted to feel good about his actions. He wants everyone to turn a blind eye to it rather than accept it and his way of lashing out is his way of telling himself it's okay which it isn't.

As I said, I am no angel. I had a similar issue (of course not plagiarized content) around May. It was precisely May 26th and I was awake that day, feeling a bit down (this isn't me trying to justify myself) but most people that know me close know May 26th is the anniversary of my dad's death. I wasn't feeling it and it wasn't long that midnight when I got a message that I was reaping the reward pool for Posh Tokens unfairly. The first thing I did was lash out without trying to understand what he was saying. Clearly, if I had listened and read it well, I would have understood what he meant. He was telling me it was never okay to share my Twitter links with others because it shows I have selected and repeated sets of people liking those Twitter links which doesn't seem fair to the others. And the thing is, most people reactivated their Twitter because of the links I send to them and they don't do anything else on Twitter except to like my tweets.

I apologized later when my head was calm and it was then I got my punishment too because he withdrew his support on one of my posts and I got banned from earning on Posh Tokens while I also burned 300 of the Posh Tokens on his advice as well to show fairness. I could have resorted to name calling after I apologized too but this was on me. I was the one that messed up by sharing links which I shouldn't have and in all honesty, I didn't know and those I sent links to that also sent to me, I had to tell them to stop either else they would risk being banned.

The same thing applies to the user Sir @galenkp mentioned in the post I linked above, the best thing to do is to understand that you don't know everything and that wasn't the best way to go about being found out by name calling and throwing of abuse. It's the human thing to do to lash out, especially when certain things meet us at unexpected moments but still, it's never right and never the way to go about it because you also don't know the state the other person is in. Imagine if sir @galenkp started trading insults with him as well, look how messy that would be but he knows better than to throw his pearl self to the pigs.

Why did I answer like I just did? It's simple... No one knows it all and we all make mistakes but when you are lucky enough to have someone call you to order, the best way isn't to lash out or react regardless of what you are going through. Think...then speak... This would have saved a lot of issues and clearly would have saved me too with the Posh Token issue. Think... speak... Has helped me ever since that time because I have posted in the wrong community twice and I was called to order. I immediately apologized and vowed never to try that again.

I don't understand and can never understand people who find it so hard to take to correction when it is so clear they are the ones on the wrong side of the situation. Learn and grow, think before you speak and know that it's not in your place to feel hard done by when it's clear that you are the one that got things all wrong; deliberately or even by mistake.

This is truly sad and quite unfortunate that the user refused to accept they were wrong. Some people have very high ego and won't want to accept that they are wrong, their pride won't allow them take corrections even when they clearly know they are wrong, this is one of the major reasons why a lot of people never attain success in any area they find themselves

Exactly... High ego over foolishness. I call it foolishness because when the truth is staring at you in the face the best you can do is to admit. It's crystal clear but he resorted into being defensive which still doesn't change the fact that he is wrong.

So bad a thing.
I went through the post and it was awful they way he replied.

It was terrible. Absolutely uncalled for. He failed to take the lesson which is sad.

There are those who would always give excuse of their errors even when they know they are at fault, I was also in this category before, but I realized I wasn't going anywhere with it. Just admit you are wrong and learn.

It's doesn't get us anywhere... We should seek to learn and improve even when we make mistakes na.

Hey @olawalium, here is a little bit of BEER from @isnochys for you. Enjoy it!

Hi, Olawalium (@olawalium).
We live in a world where it is a lie that we are independent. In one way or another, we depend on others to sell us food, and services, give us advice, teach us and in turn, we do our part.
To make mistakes is in the human being, that is a step for learning. Yes, it is a trial and error, but when we do it on purpose, with intention, we are acting in a bad way and that also says a lot that we do not want to learn, to improve.
What happened to you with the Posh Token has happened to many, at least you assimilated it, and look, you are even telling it in these letters.
Only the perverse, ignorant individual does not accept his defects, and responsibilities, and when he is caught in his bad attitude he responds with aggression, and insults.
I found your content great, it is a call to attention for those who are dedicated to plagiarism, theft, and breaking the established rules; I congratulate you on it.
Thank you for sharing this publication.

You spoke so much wisdom here sir and I deeply appreciate it. Yes, it's human to make mistakes and how we respond says a lot about us. That's so accurate.

Yay! 🤗
Your content has been boosted with Ecency Points, by @olawalium.
Use Ecency daily to boost your growth on platform!

Thanks for sharing your experience. We are all human at the end of the day and make certain mistakes. Sometimes our egos get the better of us. How we react to that and learn from it is what characterises us.

Absolutely, how we respond would say a lot about us. We have to learn from every experience and learn to do better than we used to.

I went and read the original article too. Crazy! Galenkp has a good point.

Absolutely. Sir Galenkp wouldn't even talk if he hasn't seen the pattern. The guy in question should have been humble enough to take correction. He should be lucky it was a downvote he got at first. His lack of apology made his account get the stick even more.

Yeah, the reaction was totally insane!

@cescajove 62
about 1 month ago (Edited)

Most people don't just give a damn about what you said or how you correct them...they just feel entitled to rubbish...the best things is act accordingly..obviously when things change another turn he or she would take a time to pause and reflect actually on what the compliant was talking about.
I have an ego to protect doesn't happen when one is wrong....

Humans are the reason why life is almost difficult...what is there if he or she simply apologize and looked away than inviting hive watchers to track him and bring him down...
Sometimes this set of people needs an action to be shown for their remorseful side to show up.

God bless you. We make things unnecessarily difficult for ourselves. It's not even about ego but it's pure stupidity because he was clearly wrong. He started acting defensive and his actions showed he lacked class and basic understanding. It's really sad.

There are so many people who are not ready to take to corrections while they are the ones who are at fault . This means they are trying to turn things to their favour. This is what we call negativity.

They always try to turn the table so they can absolve themselves of the guilt. You are right.