@pantera1 58
2 months ago
Proof of Brain

Cryptocurrencies are far beyond mere speculation and daily price fluctuations.

It is a modern economy in the making. Some call it the future of finance, and most already understand this is the future of money. 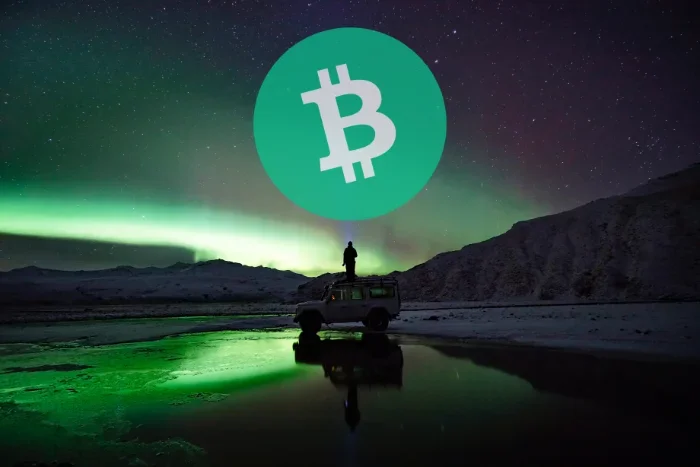 Yes, we’re overjoyed when the prices rise and watch our wallets worth more (in fiat values). Although, we may also have to consider the fact that fiat one day will no longer exist, or maybe it won’t be directing our lives as it has been for centuries.

I remember tales about conditions many decades ago and how my grandparents were holding gold pounds to protect their wealth. It was common for those that have lived WW2 and the economic decline that followed.

They had suffered from hyperinflation during war times and they all knew that fiat money can’t be trusted. Inflation one day was going to make it worthless.

When they were younger, they suffered from poverty and some even from hunger. The English gold pounds they bought were a store of value, but were not divisible and not quite accepted for groceries. Each one was worth a hundred times more of their daily needs. And they had to save them inside mattresses, or bury them during the night at places nobody would ever find.

Holding physical gold in any form was always a danger. Securing gold is a burden and when one needs to sell it, then it gets even worse. Imagine having wealth, but not being able to cash it when there is a need. This is barely a store of value.

Basically, they were holding a store of value but also could not feed, dress, or shelter themselves with gold. They would have to visit a gold exchange, sell the gold, get fiat and quickly spend it all in a day, since the next one, the prices would be double. And all that at the danger of someone lurking and finding out which families were holding gold just to pass this information to thieves for a payment.

My grandparents held gold as a store of value but had nothing as means of exchange and could barely cope with the daily needs.

Times are changing but wars, financial disasters, and people in need are still around us. And money depreciates fast during these situations. Banks shut down and hyperinflation appears. High taxation and unemployment are choking the productive part of the economy even in Western societies.

A modern and universal money system could change this and alleviate the suffering for millions. An introduction into a new economy where the effects of a catastrophe will at least be less for the survivors.

Modern decentralized money, out of government's reach is critical. High speed of transactions and low fees are imperative.

Bitcoin Cash today, brings the most modern network with all these features available and is ready for mass adoption.

I had a conversation with a relative yesterday that knows I am a crypto fan.

It is a cousin of mine that understands the concept of having complete control of our funds. Although, she still thinks of crypto as a speculative financial instrument and has had a negative view until recently.

Initially, she thought I was in crypto just for the money, well, this fact used to be true. I had no idea what Bitcoin was and I've been in crypto trading since mid-2017, but only started researching further, sometime in 2018.

Even when BTC fees had reached $50 on average by the end of 2017, I still kept believing this was just temporary. I mean, I felt like it wasn't possible for a network that was considered so revolutionary to have such a serious flaw.

After a lengthy discussion with my cousin, the final part was about crypto-taxation that government wants to impose in my country.

"The government will tax crypto... what can you do about that?" she asked.

I had no idea "my" government was thinking something like that. It was something I was expecting and thinking about how it could be applied as per the example of the US crypto-tax laws.

The government decided there is money there and now it wants to tax the crypto trades on regulated centralized exchanges. Any trade made (buy, sell, etc..) will mean a certain percentage is going to be just taken out as tax.

This is typical government extortion. But anyway, I replied,

The tax is usually for each trade made, in centralized exchanges with mandatory KYC. I'm not trading anymore.

I don't plan to sell crypto and withdraw to a bank either. Well, for this part, I can't be sure, but I hope I won't need to.

"I hold the keys to my funds, not the bank, not anyone else", I added.

I'm not going to evade taxation, I will just not withdraw to the bank again.

I proceeded with the final remark:

"The plan is to move into the crypto economy, not the other way around".

My cousin then finally understood my point.

It all became clear then. Short-term fluctuations and speculation do not touch people that are in this for long enough and for the long run.

She was talking to a totally different person from a few years ago, not just someone driven by short-term profit and watching the price charts all day.

Some did make huge money from crypto, but I'm not one of them since I took different risks and failed to understand the full potential from the beginning.

I am now one of those that believe cryptocurrencies will reach such levels of adoption that will eventually surpass the need for fiat interactions.

The money flows into crypto may have been today mostly speculative, but tomorrow, just 10% of those invested will begin using their crypto funds.

First, they Laugh at you, Then they Ban, And Then they Tax - In Conclusion

As always, the State will try to grab part of our wealth.

I’m not saying there is always a way out. In some countries, the declaration of cryptocurrency investments is mandatory.

I don’t see this as an investment anymore, but mostly as a transition into a modern payments system.

It would be a gross mistake to tax the cryptocurrency holdings, since then the State will have to tax all personal savings as well. I’m not sure if this ever happened previously anywhere (I could be wrong, though).

They would also love to tax cryptocurrency profits when returned to the bank. However, the money route is usually the other way around. This is the plan anyway.

For the time being, I am an investor in crypto as I don’t have methods available to purchase with my cryptocurrency wallets.

I would love to use Bitcoin Cash when buying that “fredoccino” this morning, but I felt shy asking about this. Maybe next time I will. Had 2 euros in my wallet, so I didn’t discuss it at all. There are no merchants around me that accept BCH yet but there will be in the near future.

Bitcoin Cash today has almost zero fees and instant transactions. When compared to other cryptocurrencies, this advantage makes it a top means of exchange and a store of value. It is money one can secure and never lose and the limited supply and low inflation supports the value.

The transition to a crypto-economy with fast, inexpensive, and decentralized cryptocurrencies accepted by retailers is not far.

Custodial wallets and centralized cryptocurrencies (like USDT, USDC, etc.) will not work, though. Centralization is no progress, but just the same banking system with its centralized failures all along.

I write about Crypto in this post with references to Bitcoin Cash, but I find many cryptocurrencies having solid foundations to proceed and work together for the world. The purpose is to find what can serve the public and not how to extract most fees from those using the networks. Sadly, the point of creating a product that serves the needs of the many eludes the top two cryptocurrencies.

Congratulations @pantera1! You have completed the following achievement on the Hive blockchain and have been rewarded with new badge(s):