DeFi, a waste of time and money?

Cub and Polycub are the most known DeFi projects here on Hive and Leofinance.
I too fell for the bait, and invested (very little) in both of them. But, I regret that now. Not because of the lost money, as it is very little. But especially the time wasted, and the hopes crushed. That is why I will never touch DeFi again. At least not if I don't understand the concept. 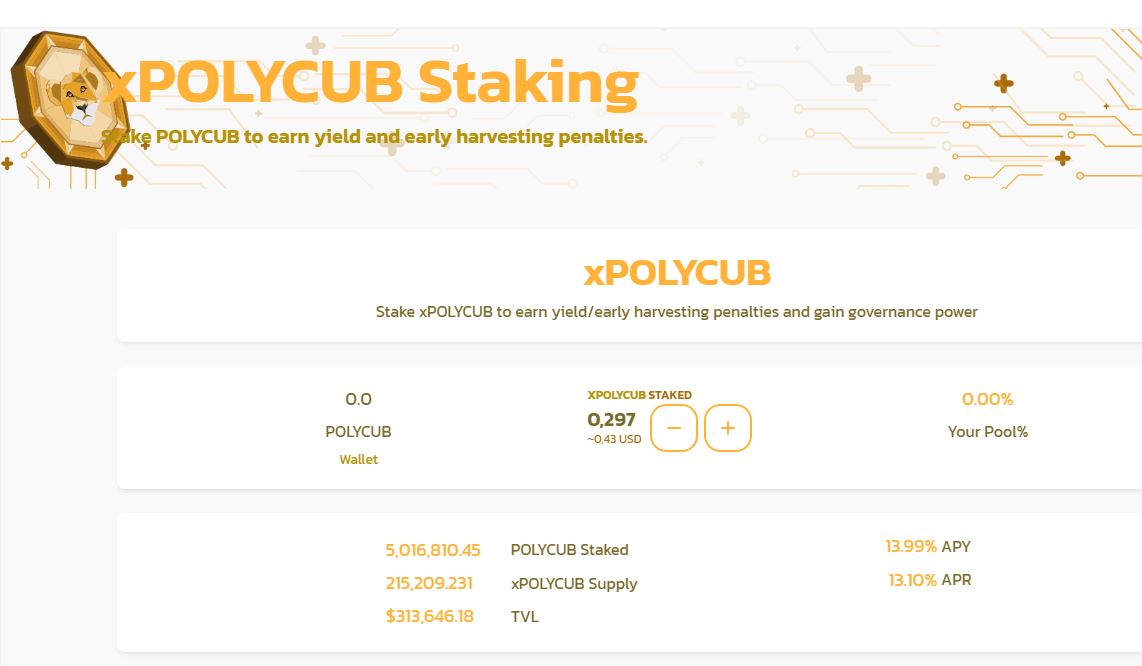 The way earnings are generated with Polycub and Cub, and actually in most DeFi projects, is so complicated, you have to have a PhD degree in advanced mathematics to have some sort of taste of how it works. And that is exactly what is wrong with all these projects. Some are deliberately made extremely complicated, so no one really gets that it is in fact close to a Ponzi scheme. I am not saying that Polycub and Cub are Ponzi's, but there are a shitload of those out there. And how Polycub works, is to my extent still not exactly clear. But the fact is, that the price of Cub and Polycub has tanked completely, and this way lots of people that put in their money in the beginning, have lost a lot of money. That is the sad part of it. And I know, in the crypto world, there are no guarantees, so people should know that they are taking risks. But still, nobody loves to lose money.

So, any DeFi project that is prospected at me as of now, gets one chance to convince me of its earnings model. If I don't understand it immediately, I stay away from it. And I think that should be the case for everyone that is around here in the crypto spere. Simple is definitely not bad, when it comes to earning money.
It doesn't have to be complicated to be a winning formula. In fact, most things that have a good return are mostly as simple as fuck. Stocks can create dividends and rise in value. Staking coins can result in an interest. Simple but gold...

Most of DeFi still requires a lot of understanding, a huge part of me feels like I’ve learned more than I’ve lost. Now I know what to do better. But that’s just me.

I'm pretty much in the same position...

It's the tough part about Defi but it does seem to favor people selling as soon as they harvest rewards rather than to reward people trying to hold. It's still possible for these tokens to go back up in price but it depends on the team to attract the new money coming in. At least the model itself isn't a scam like some of the ones that I have seen.

If you know precisely what you are doing, DeFi is a wonderful opportunity to earn money without intermediaries.

Maybe, but very little projects have convinced me that the designers know precisely what they are doing!

The secret of DeFi and Smart Contracts in general is that you do not need to trust anybody's intentions, but everything is written there in the code. You need to trust the code and nothing else.

I need to say that neither among the ones that are easy to understand, I've found any good and any bringing some money till now. I've been trying staking (you win some indeed, but meanwhile crypto is going down), liquidity pools (I don't think that eventually I'll win sonething or something more than when I would have been buying that same crypto), investing in swapping platform coins like Cake and Banana, play-to-earn games with or without investment in extra coins, all ended in losses...

@mistakili is right in my opinion, that one learns from his mistakes and trying things out. This past 1,5 year I've learned a lot, and indeed this had a price, both timewise and moneywise. But wise men say all the time "don't invest what you cannot afford to loose..."
!PIZZA

Yeah I completely stayed away from Polycub because I had a pretty bad loss on CUB token farming. They made Polycub way too complex as you said and even for a DeFi veteran like myself it was not appealing.

The whole thing is a huge experiment right now, both social and financial. With the way the world has been the last few years it seems too risky to put real money into such projects.