A Christmassy weekend in Madrid... while rooting for Argentina!

A Christmassy weekend in Madrid

So, this past weekend my sister came to visit me in Madrid. She took a two hour and a half train from Barcelona... it's really curious that she has been living there for about five years and she barely know this place! So we visited a few places... there were two special events too this weekend: Christmas lights spectacle was about to start and then, Argentina played against Mexico in the worldcup.

She arrived on Thursday night and on Friday she had to work, so there wasn't much we could do on those days.

On Saturday morning, we left early to do some shopping. It wasn't a major plan, but as it was black week, there could have been some interesting deals waiting for us... but well, that didn't happen, lol. Madrid was so, so, so full of people, like I hadn't seen it before. People were either shopping or waiting for the Christmas lights, so it was really hard to even walk in the street!

I didn't take pictures of the shops, 'cause I didn't find it interesting at all. We had some burgers in the afternoon in a place called Goiko, which is allegedly one of the best restaurants to have that dish. It was really cool, food was great and the decoration of the place was fantastic. 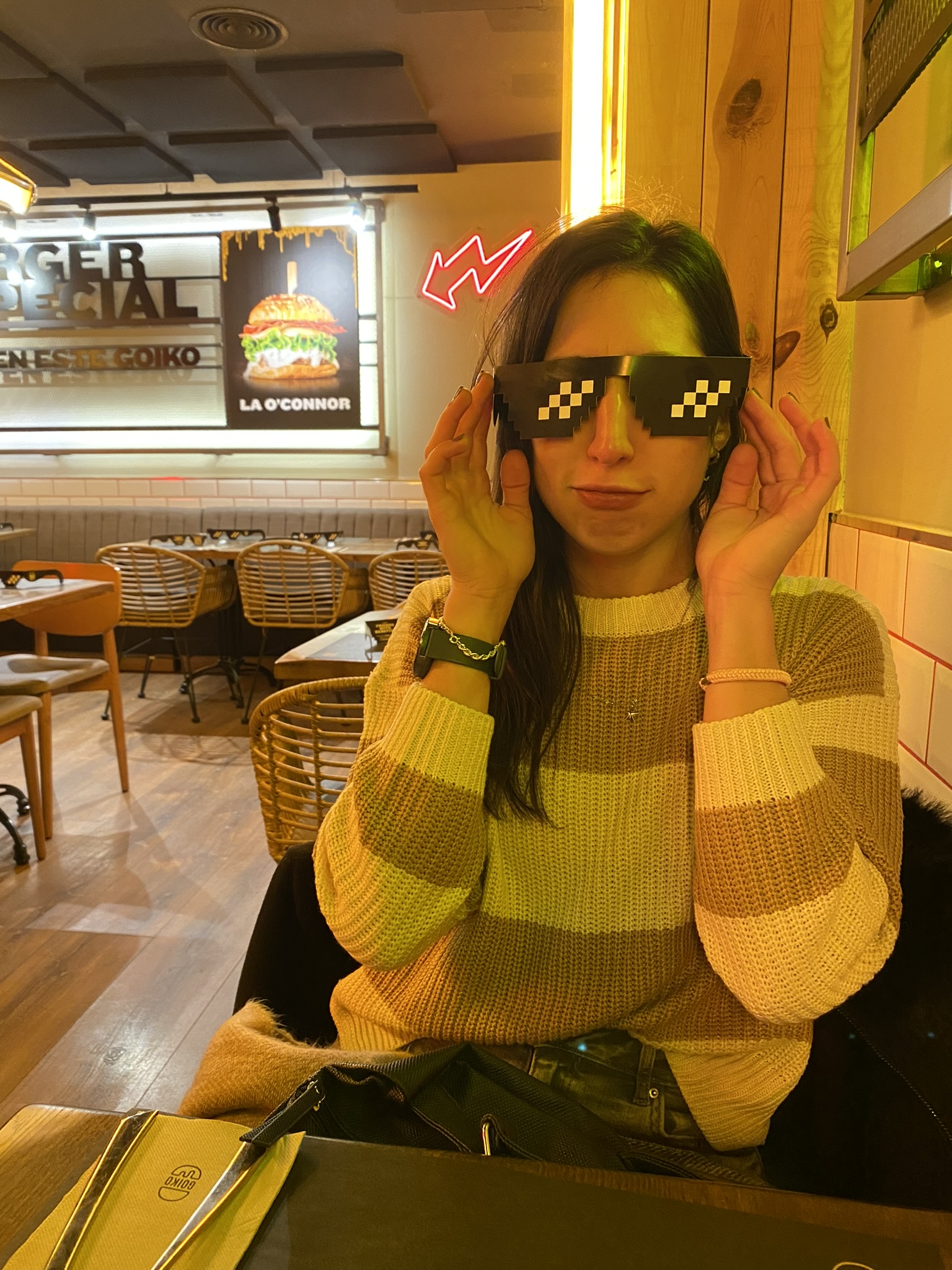 After a while, the Sun started to go down and it became really dark by 6pm. We had been walking for a bit and it was already time to enjoy the Christmas lights!

I didn't know about this, as it's my first winter in Europe, but here in Spain every single city has some wonderful light show. The city was very nicely decorated and it was simply wonderful to walk in there and be amused by how wonderful it all loked like!

These are a bunch of the most awesome and iconic lights you can find right now in Madrid: 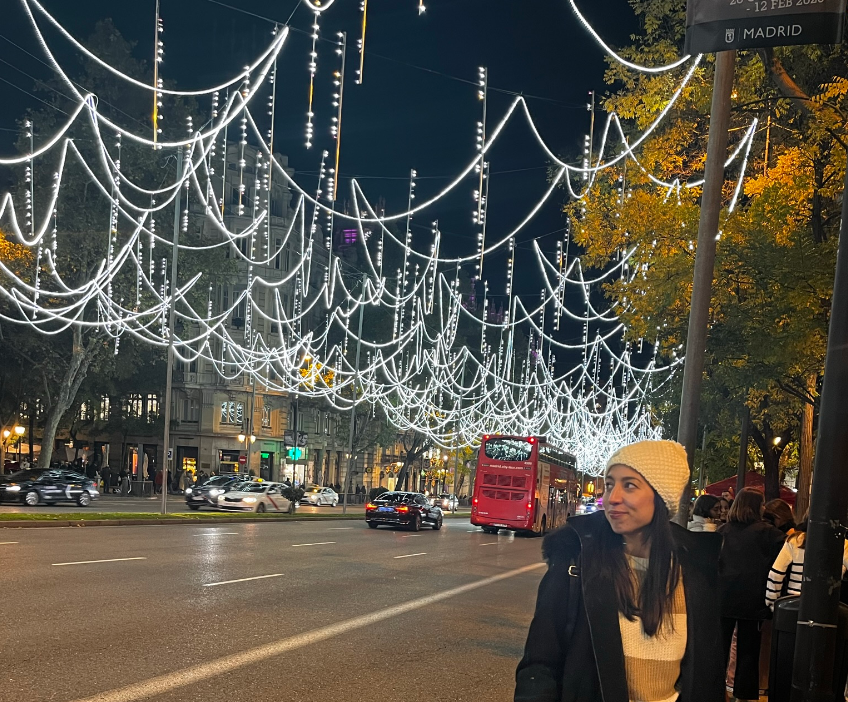 This is me, enjoying the Christmas lights!

Believe me when I say I'm not the most Christmassy person you will meet, but it was simply wonderful to be able to live and see this! It was thrilling to see how much people love this time of the year and how important it becomes in every city!

It was absolutely freezing... I am not really used to this cold (and it's not even winter yet...), but it was totally worth it to take a stroll across the city! 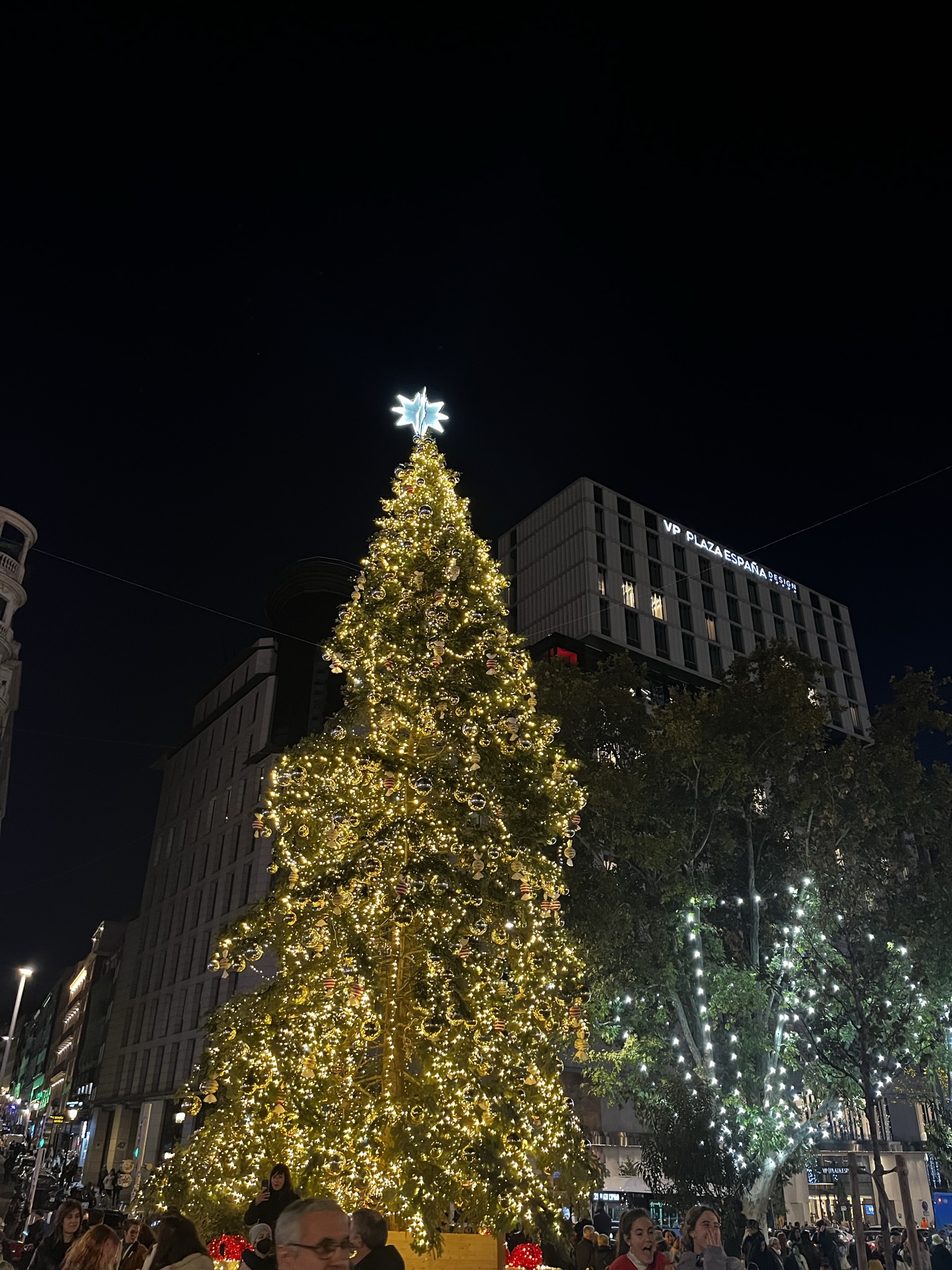 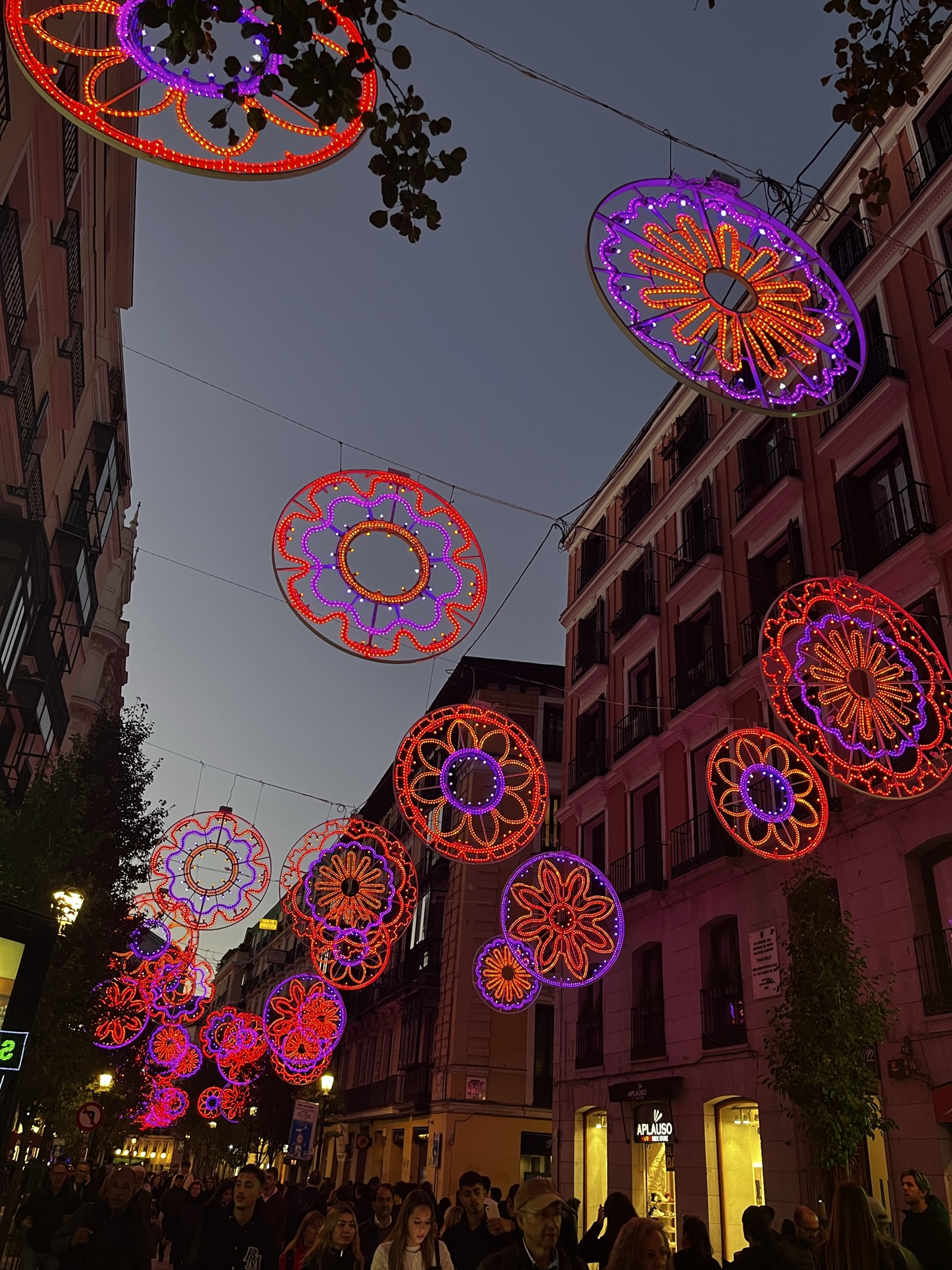 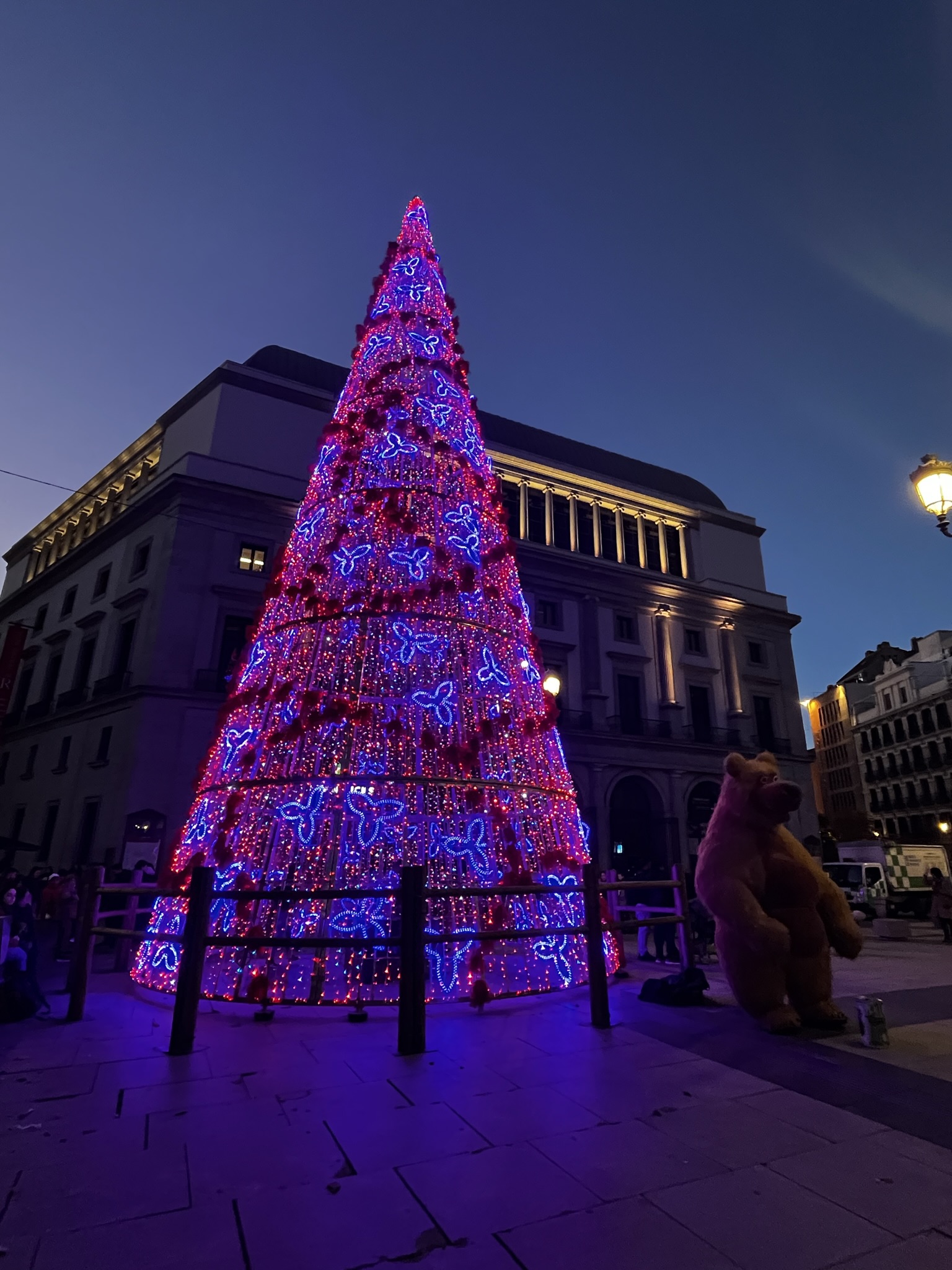 Those pictures were taken into the city centre. In the upper row on the left, it's some random street near Plaza Mayor; on the right, you can see a tree in Plaza España! Behind these two pictures, you can see an illuminated pine tree right in front of the Opera house!

For me, the most wonderful part of the Christmas-lights "tour" was, without a shadow of a doubt, the Retiro park. It's the biggest park that the city has to offer and well, it was incredibly pretty to walk in there!

Here, you can see the big pond that's in the middle of the park. It was all surrounded by little trees made out of lights, which made me think of japanese trees. 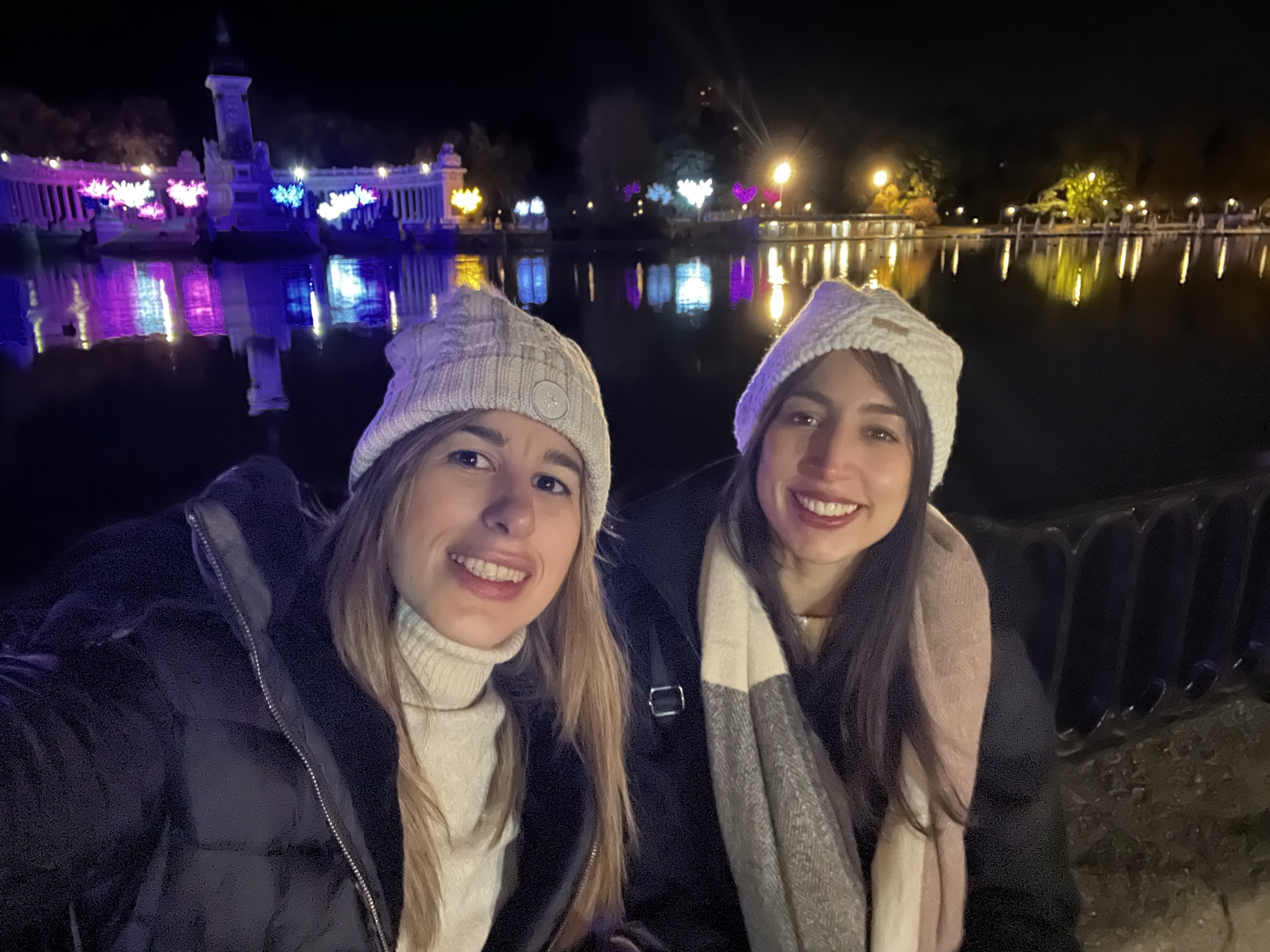 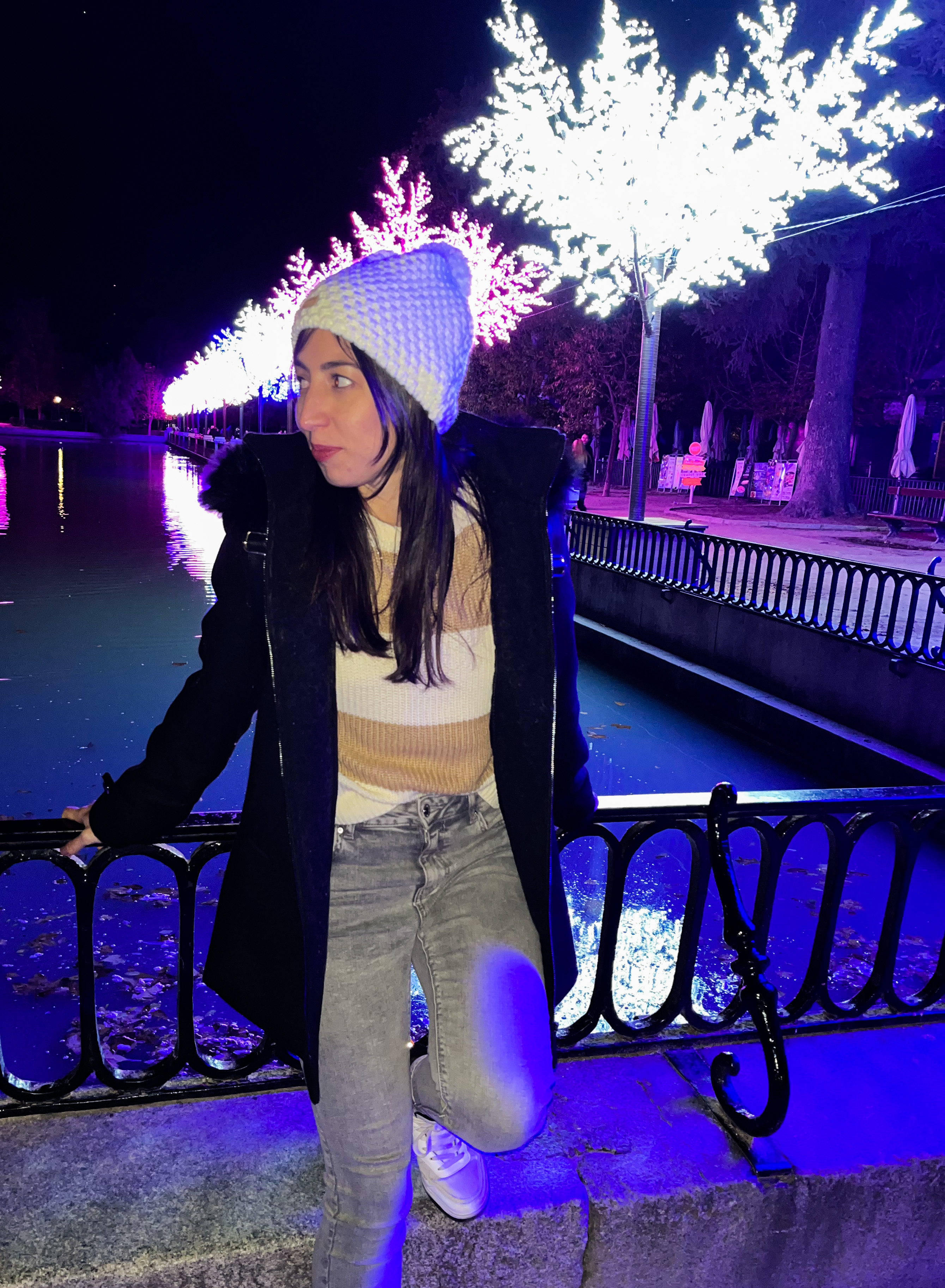 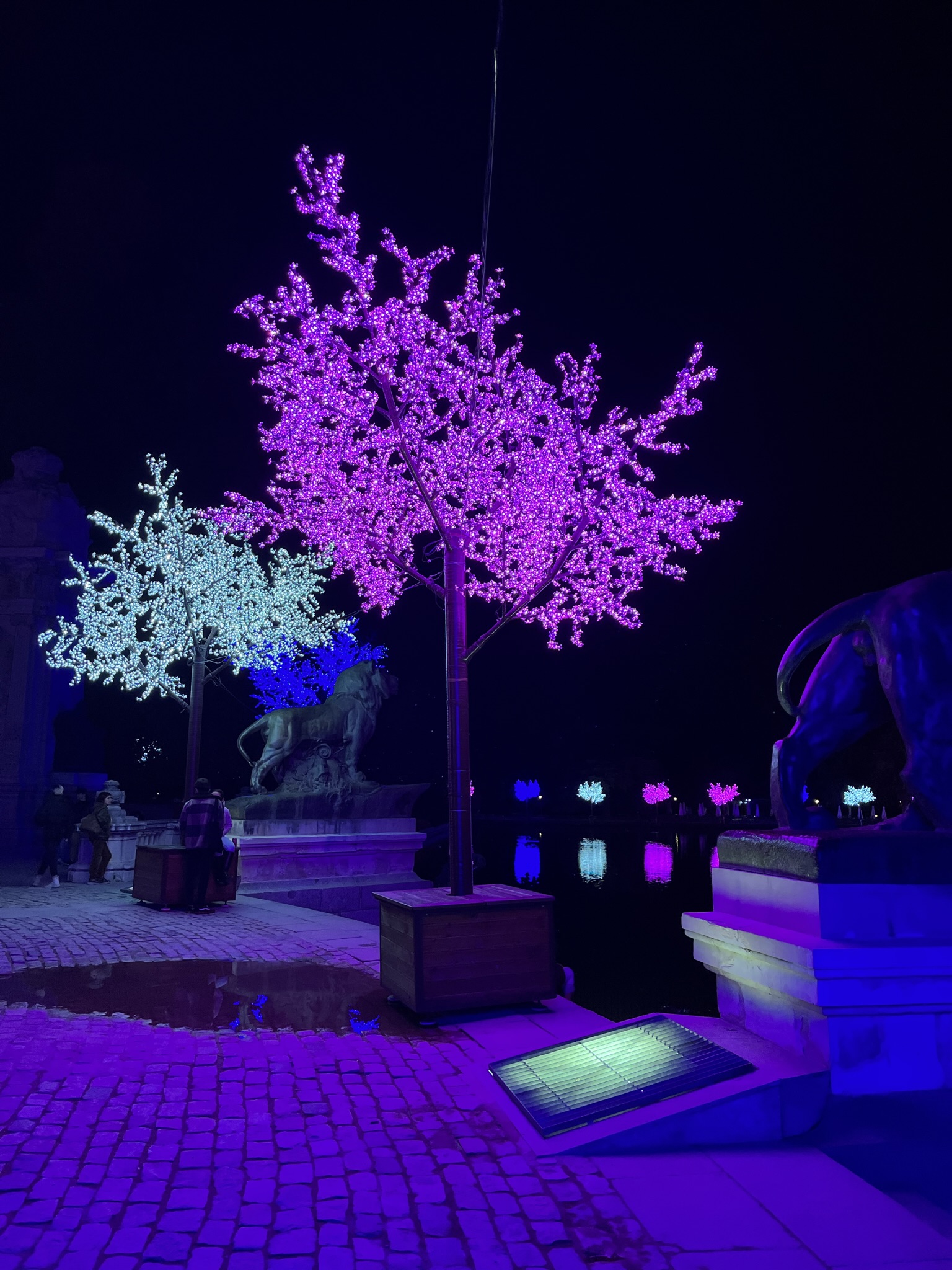 I absolutely loved this!

Right after walking for a bit... it was time to get to a bar to see the match!

We didn't know where to go, to be honest, as we didn't have any reservation and we knew for sure that it was all going to be crowded with full of other argentinians, lol. We headed to the first irish pub we saw, which tend to be pretty typical and it was called "la Fontana de Oro" and it was time to root for my country! 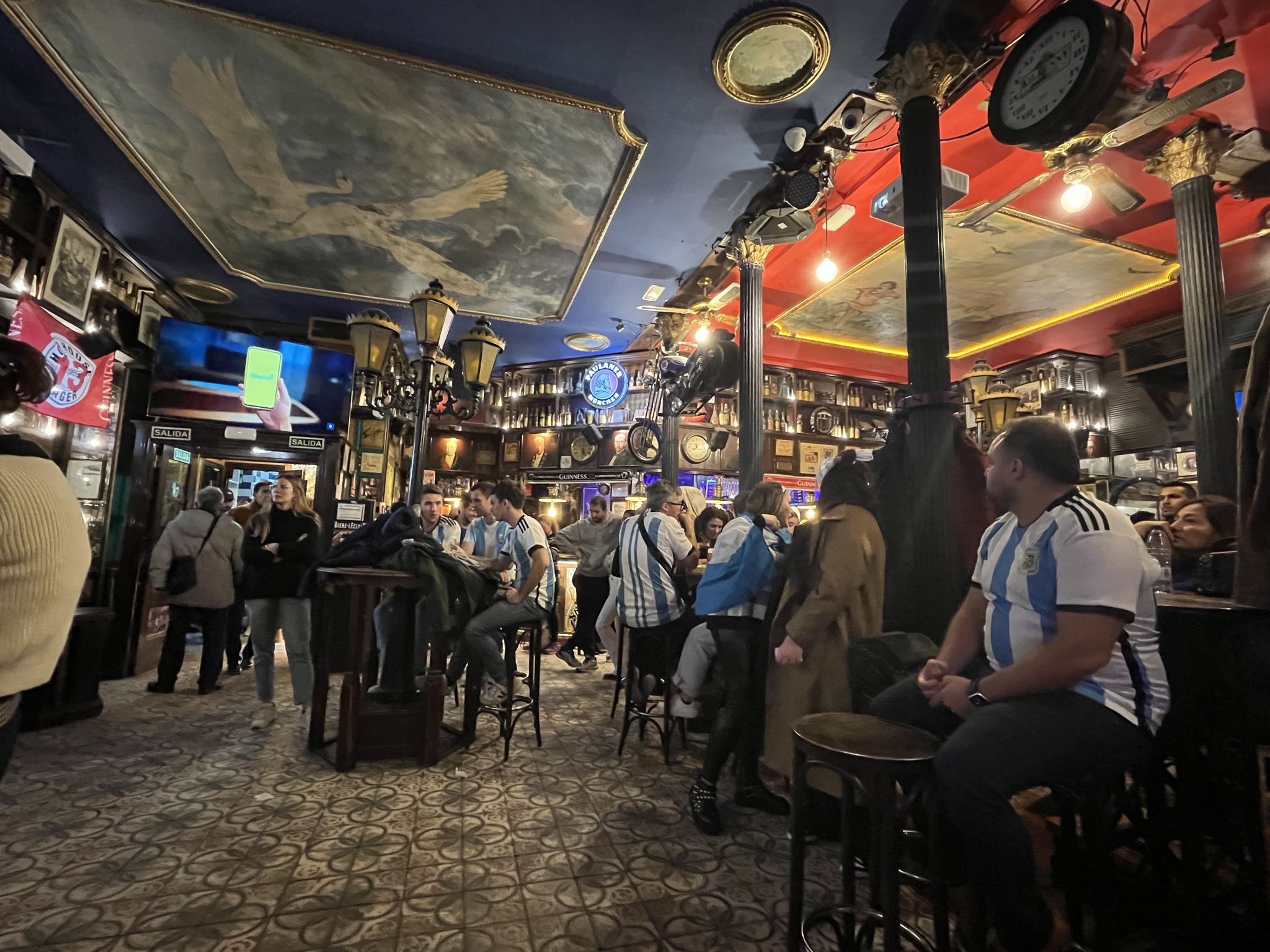 That picture was taken before the place got crowded, completely crowded. It was full of argentinians... and five or six mexicans. I believe some of them were really annoyed after a couple of minutes, lol.

The first time it was stressful, as Argentina couldn't lose without risking it's place into the next round. But luckily, everything went really well in the second one, we scoed two against Mexico and it was all real fun. 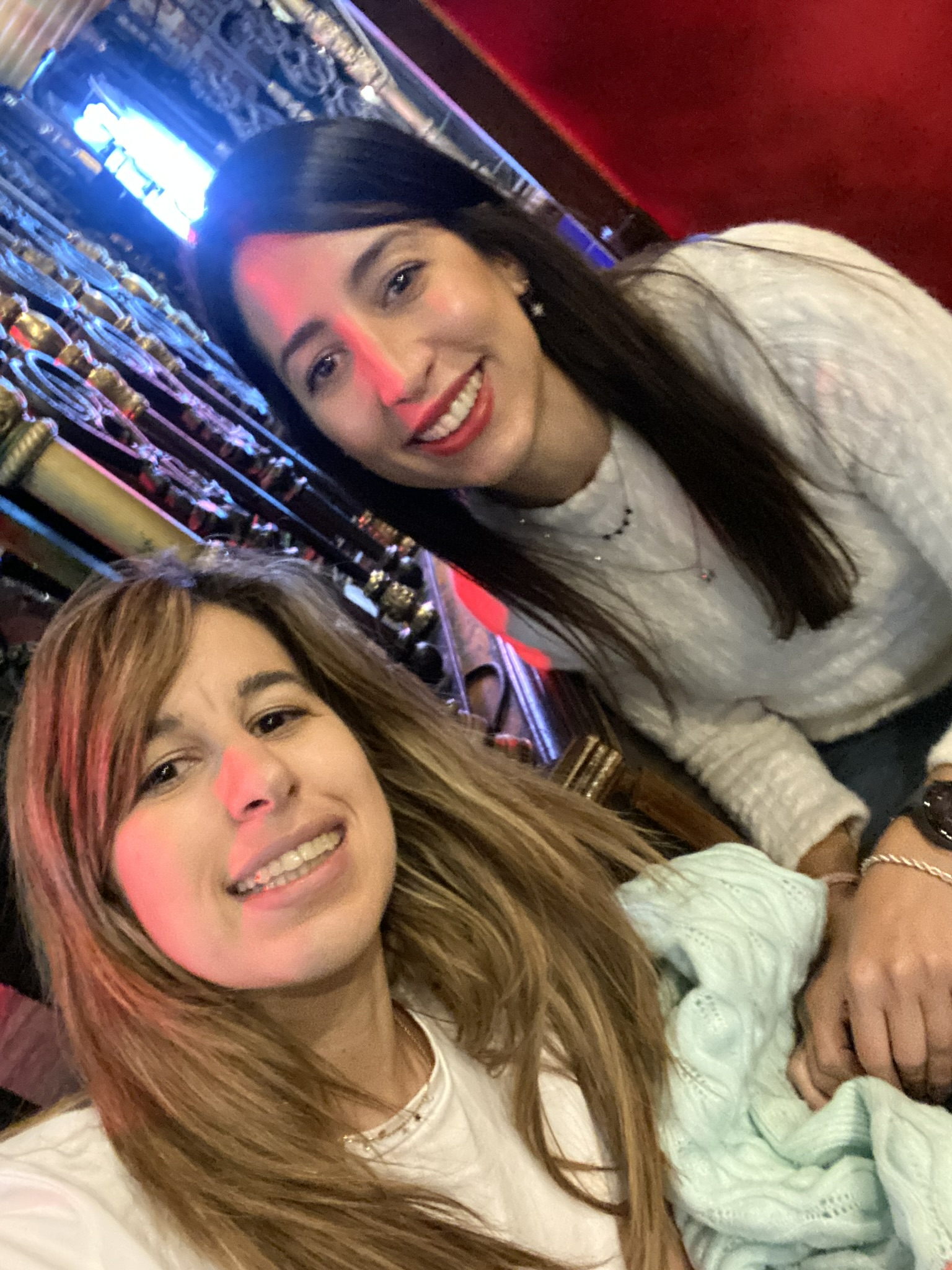 We were incredibly tired afterwards, so there was no party time for us. We just bought some dinner (yay, argentinian empanadas to celebrate!!) and went straight to bed. It had been a really long day and it was incredibly cold!

On Sunday, the tour kept going... The sun was shinning bright and it was a wonderful day to keep on walking the city, but still, really cold and low temperatures!

We started the day early and went for some brunch! We headed to a place called "La desayuneria", in Chueca neightborhood. It's an american place that serves breakfast all day long! You could choose between pancakes, hot cakes, french toasts, omelettes and a bunch of another things. It was really, really good! 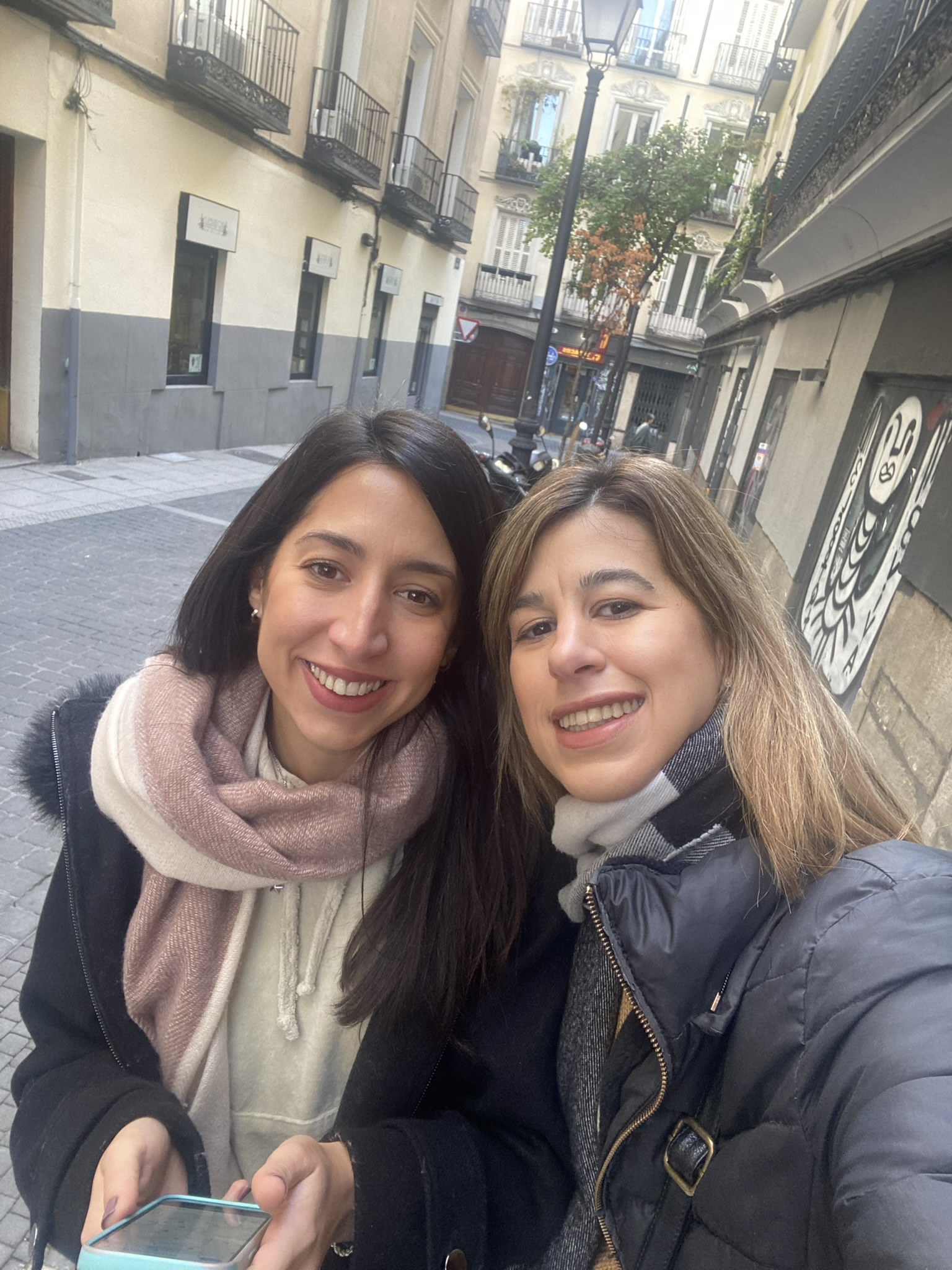 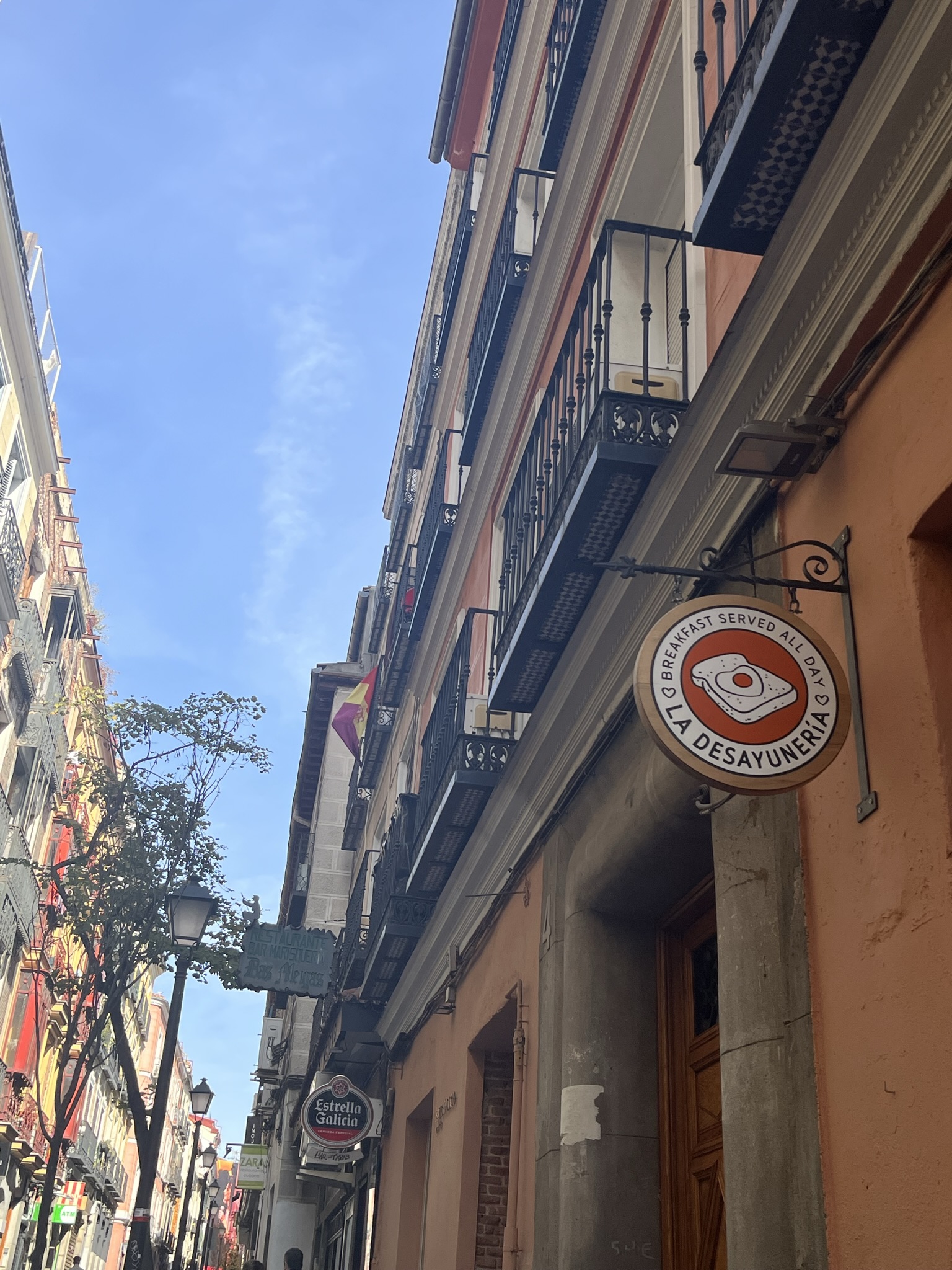 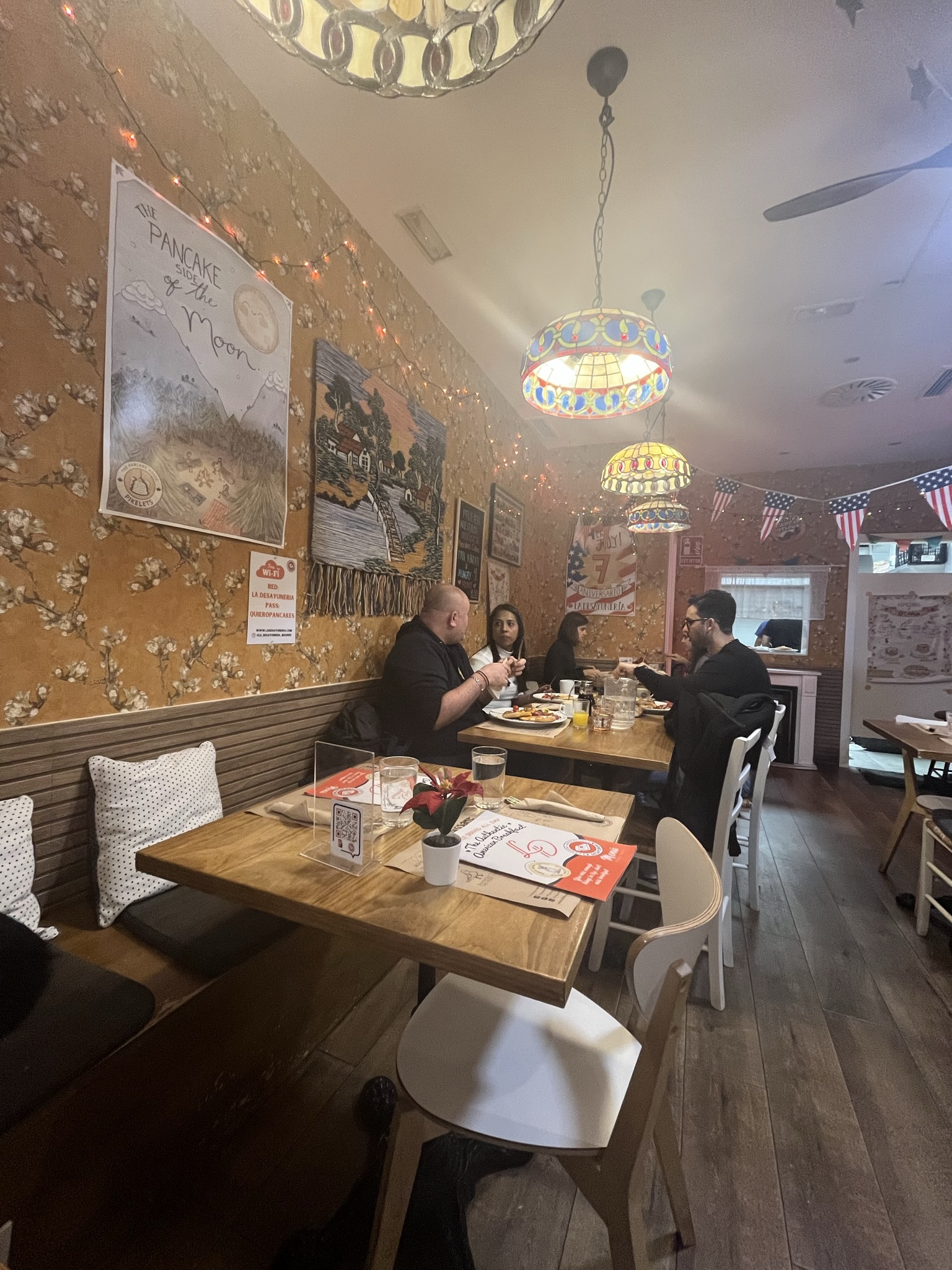 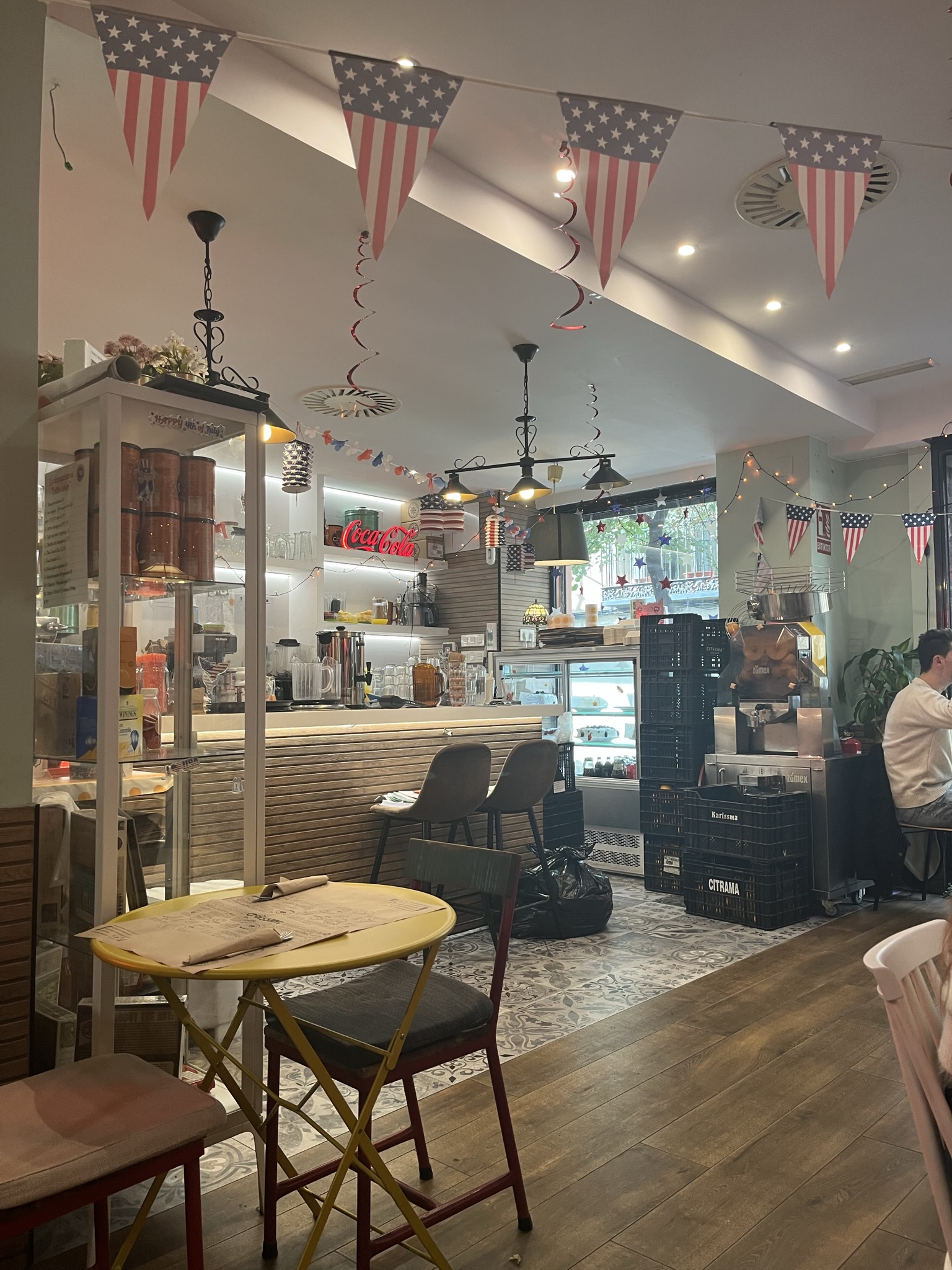 And this is what I ordered! 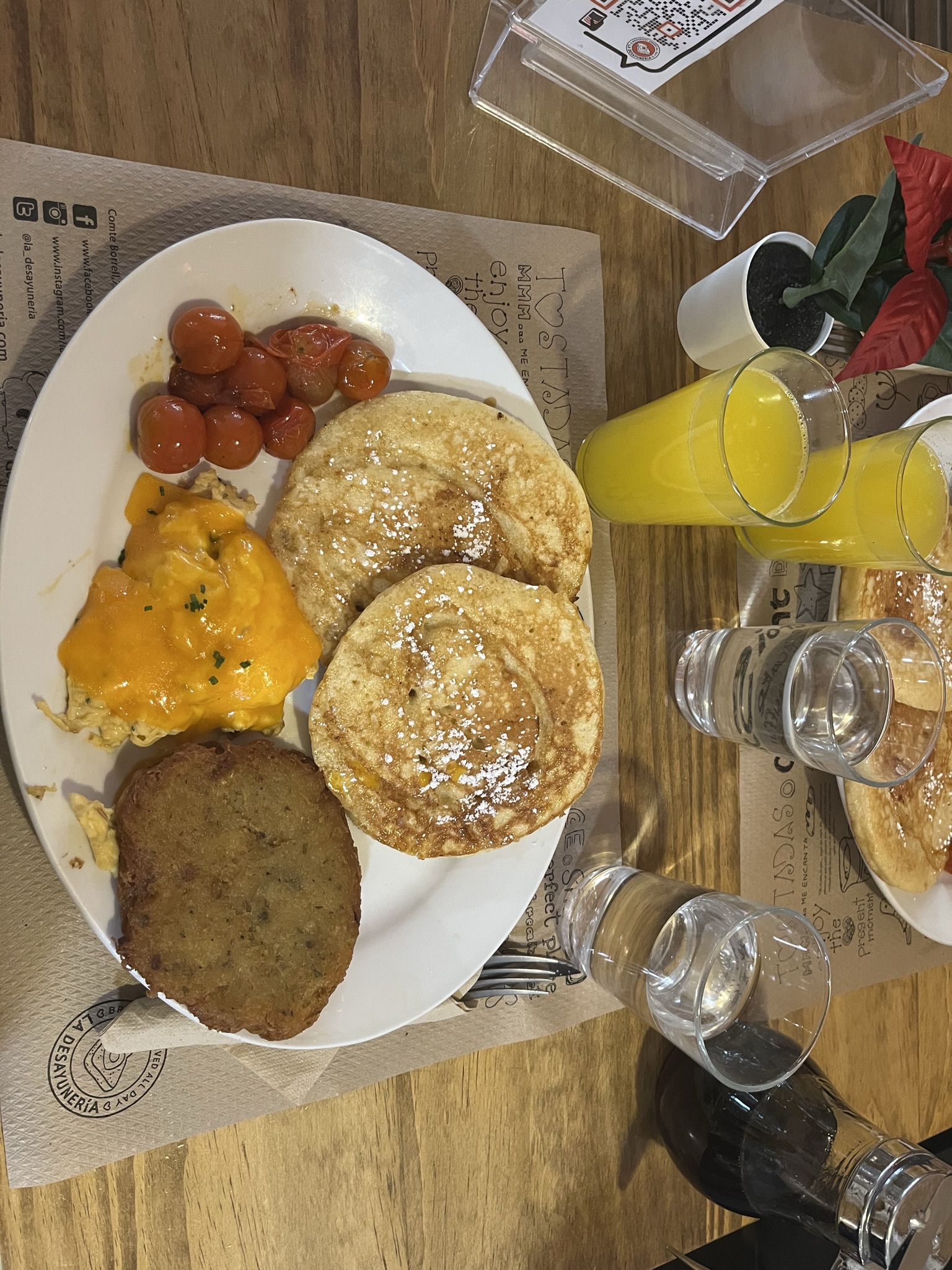 I had some scrambled eggs with cheddar on top, some cherry tomatoes on the side, a hash brown and two pancakes! Everything was incredibly delicious and really, really tasty! But to be honest, it was a lot of food... I wonder how americans have this kind of things on a regular basis, lol.

Of course, after such huge amount of food, we had to walk for a bit to help our digestion! Lol. So it was time to keep on visiting the city, this time as it was really sunny, we went straight to the Retiro park... once again, but this time during daylight! 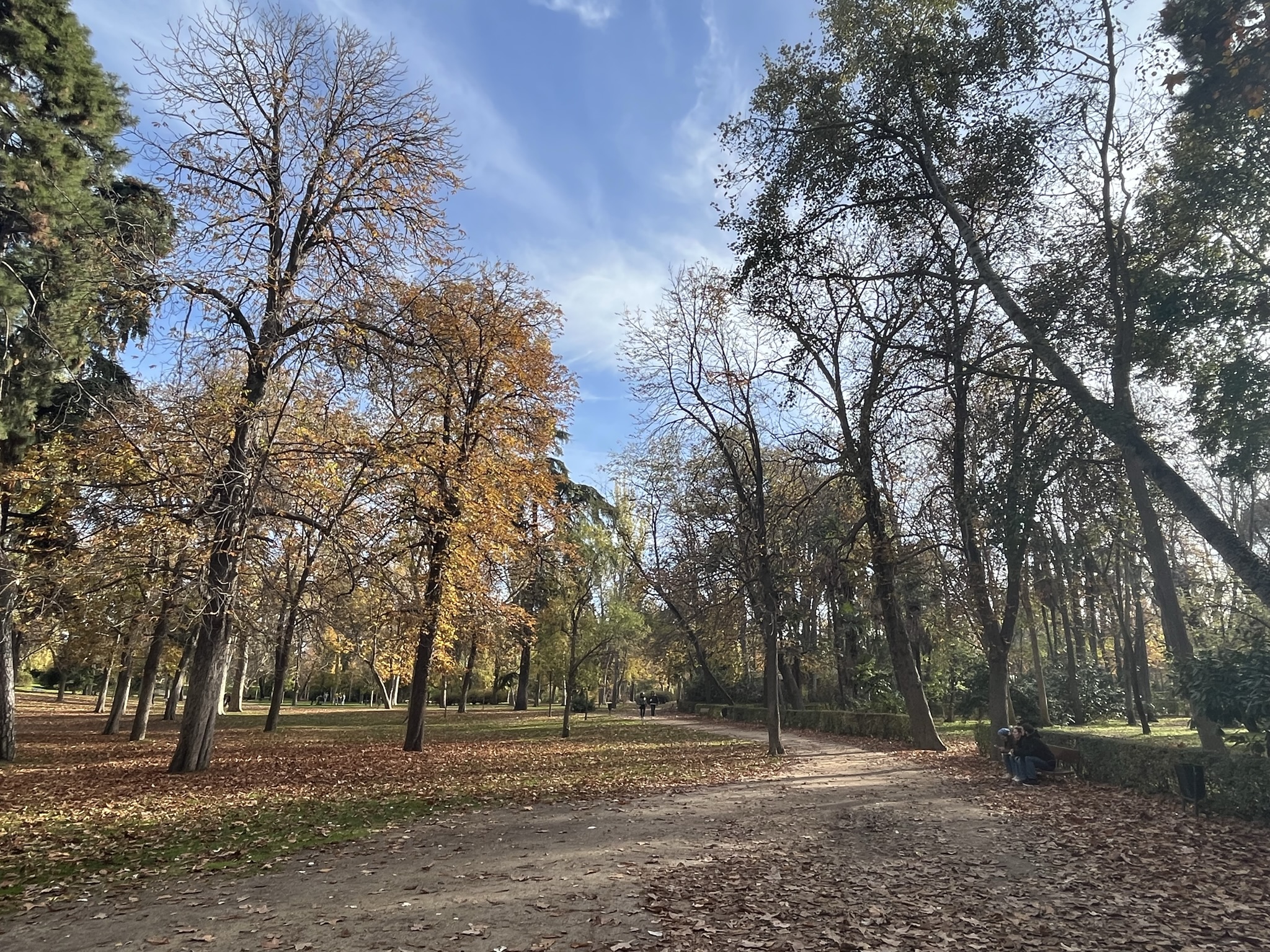 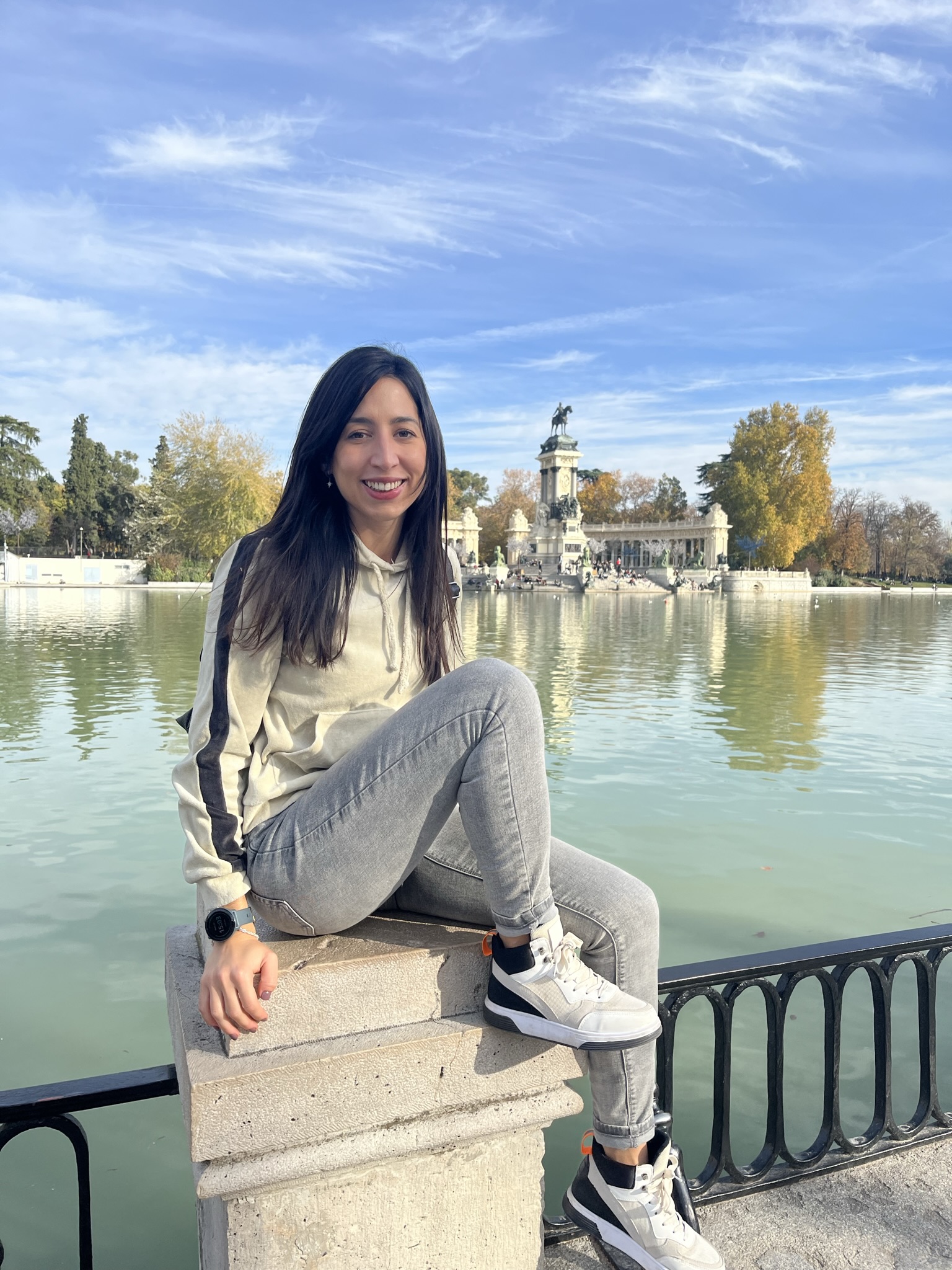 That was right in front of the big pond! At the back, you can see Alfonso XII's monument. In this big pong, you can see plenty of ducks and swans, it's really wonderful. 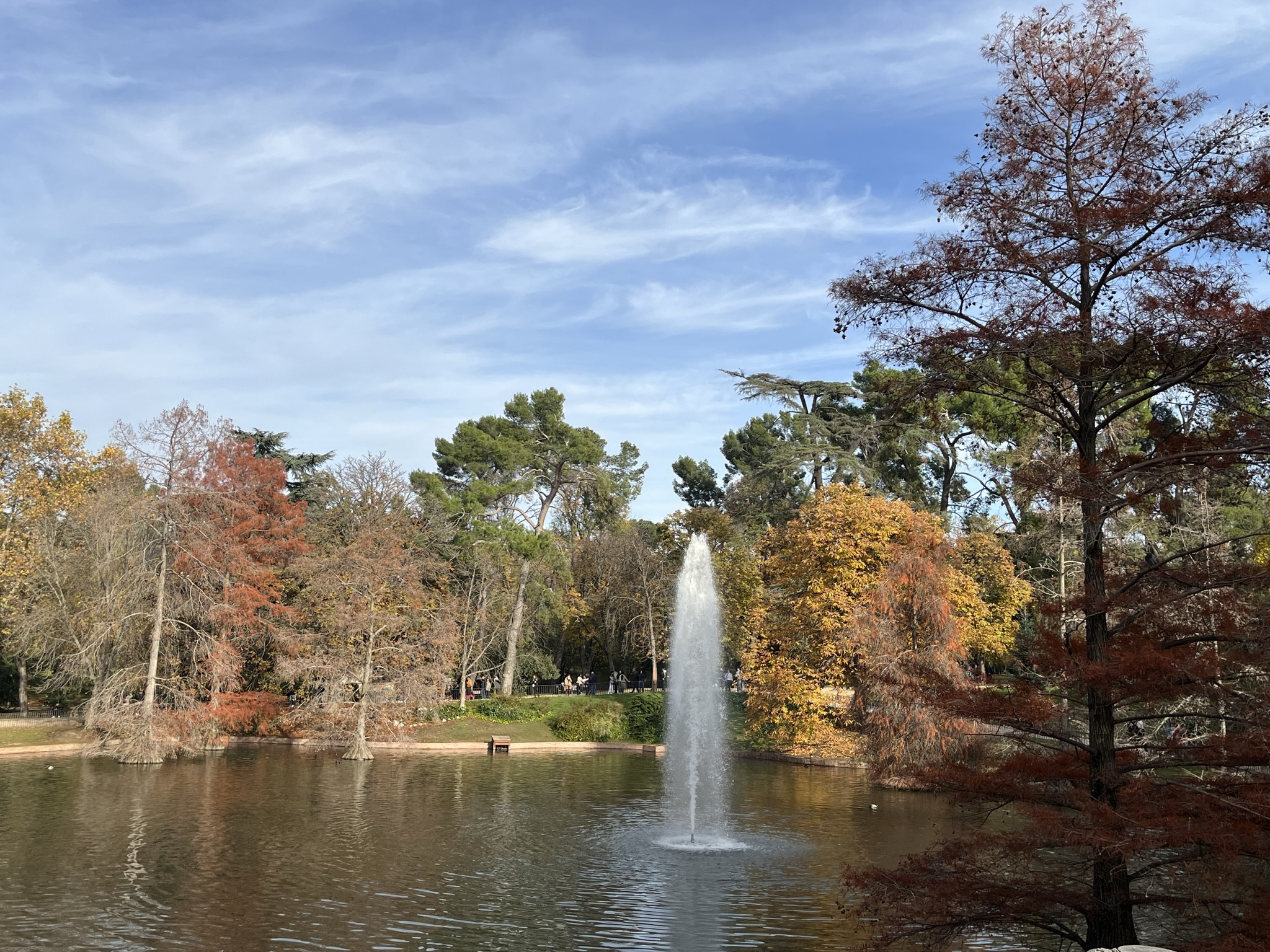 We kept walking till we got to the Crystal Palace, which is for sure my favourite part of the park. It's a structure that has crystal walls and now there's an exhibition in which the place gets full of fog and you can see the raylights through the crystals in a beautiful way. 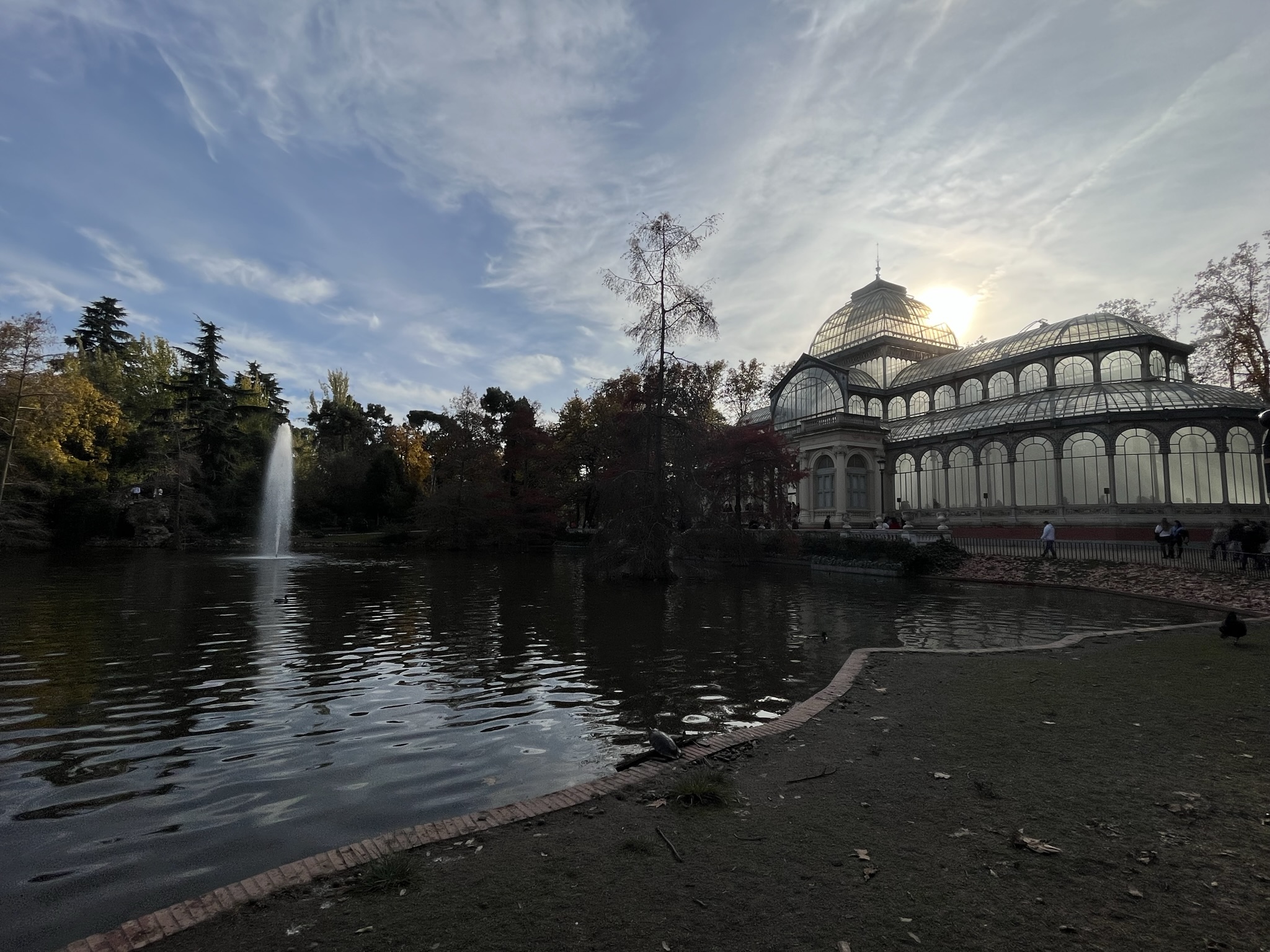 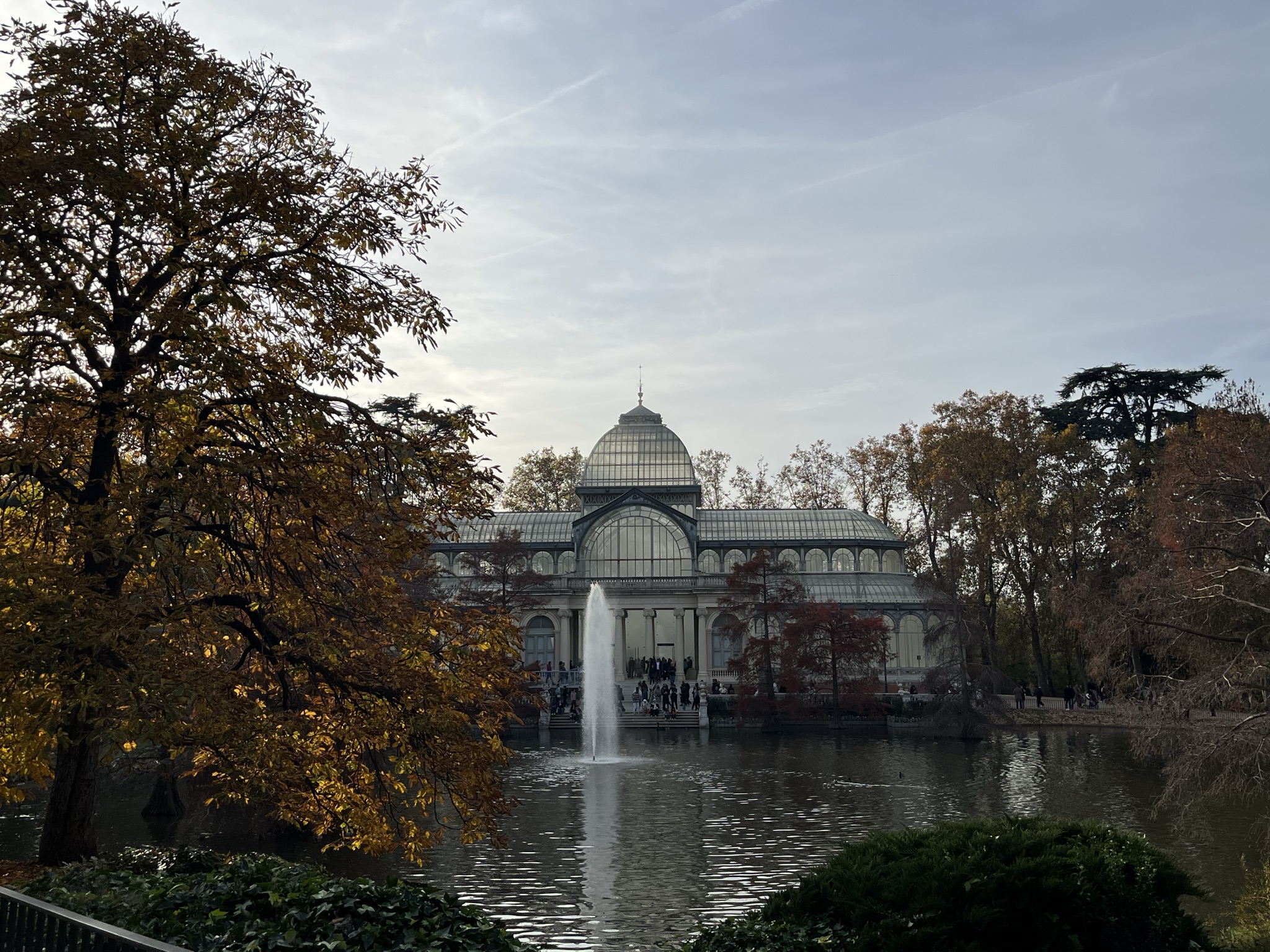 Once we got in, we could enjoy this wonderful views with the fog in between: 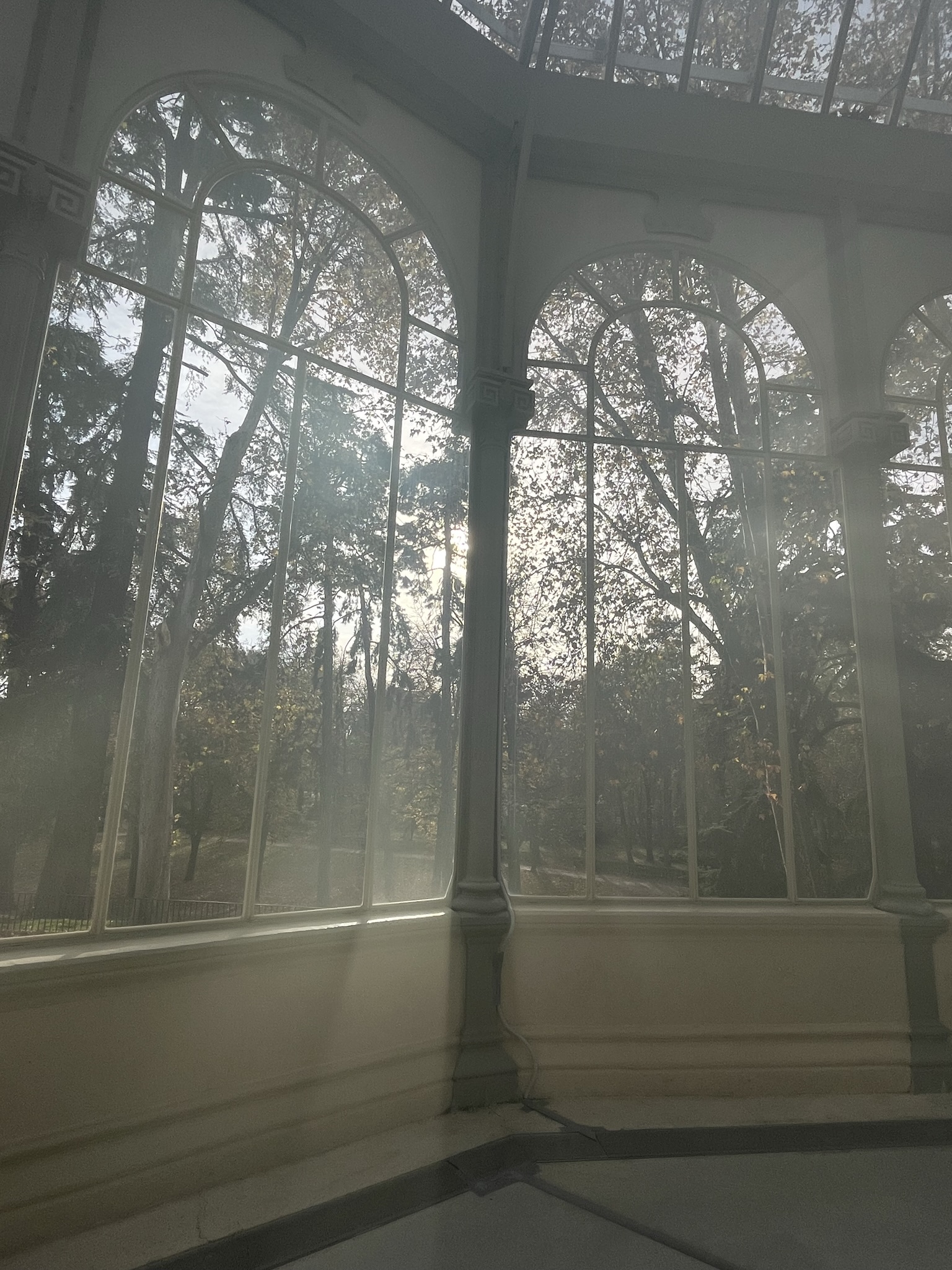 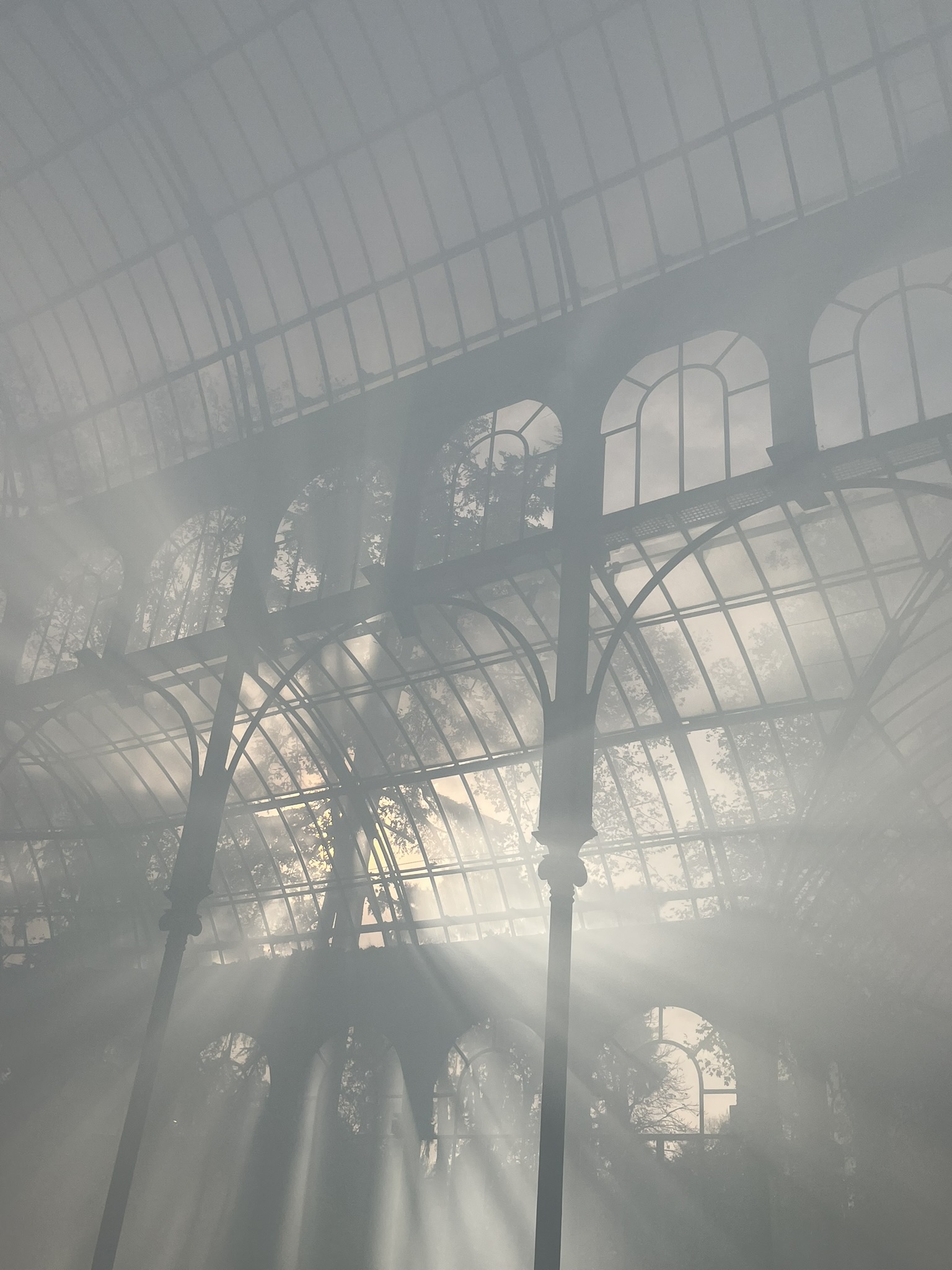 And with this great effect, my sister took this picture of me! 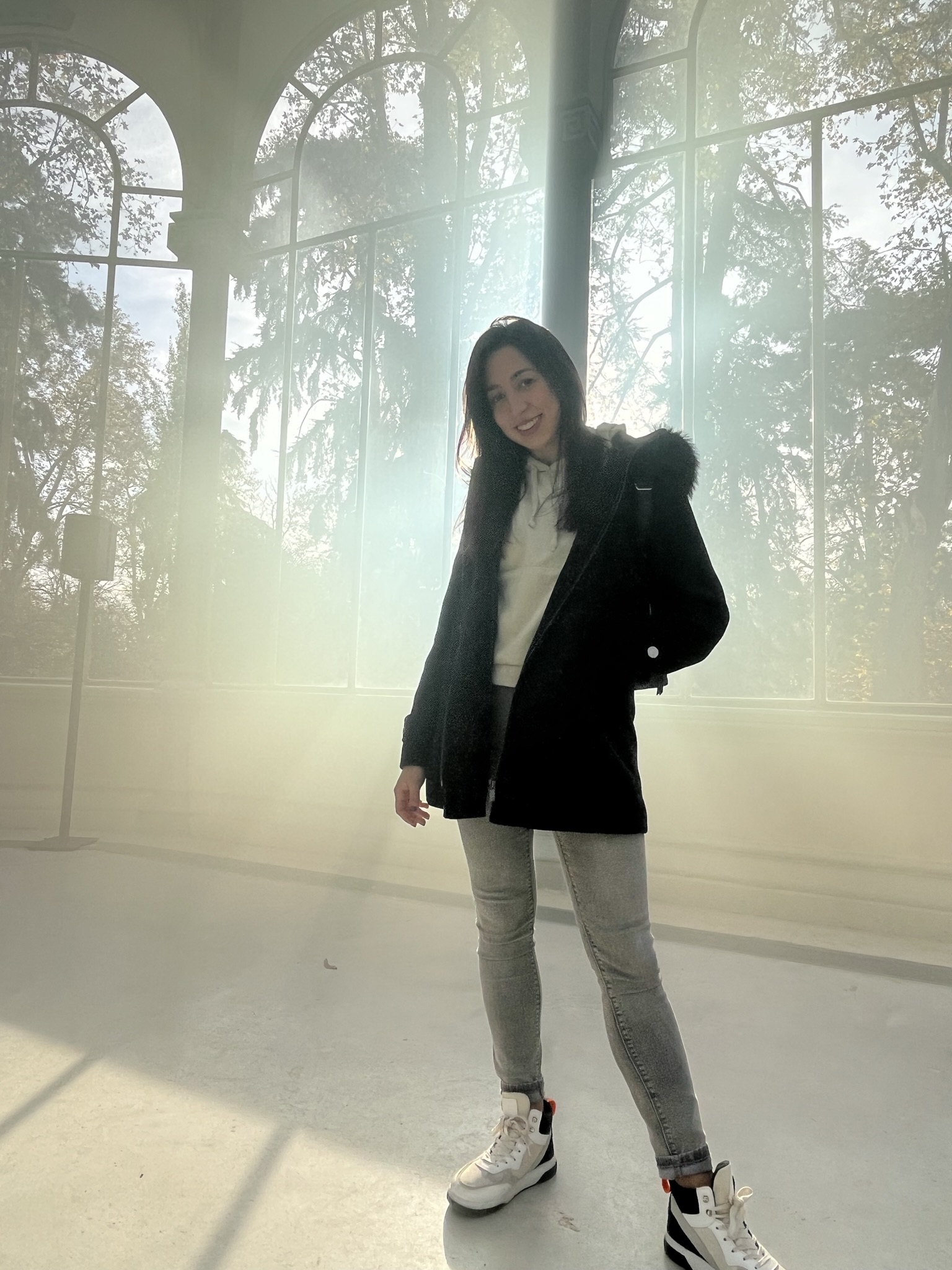 After that, it was starting to get really cold again and we didn't feel like walking anymore. On those two days, we had done about 15km per day, which was a lot. We bought some pizza to have for dinner and that was it.

It had been a lot for just two days! We went to bed early as my sister had to work really early and then, catch her train back to Barcelona...

It was without a shadow of a doubt a wonderful weekend! And I loved sharing it with you, guys!
Thank you so much for reading!

@pinmapple 79
about 2 months ago

OMG, how beautiful and spectacular. Well, the glasses look great on you, I loved that part, I didn't expect it. By the way an angel, a beautiful angel is seen at the end of the post. ❣️🙊🙈

Awww thank you so much, Ale!! <3 <3
Hope you're doing fine and it's wonderful to see you in here!! Thank you so much for always going through my posts!

I love it!! The effect is awesome!! You look so happy! Both of you!! I’m glad that you are finding your place in Madrid!!

I know you're not going to agree with me, but there's no such city as Madrid <3
There's a lot of magic during Christmas here in Europe... besides cold, of course haha

PS: Still, whenever you're here, I'll be waiting for your visit!!!!

I'm glad you had a nice time with your sister. I enjoyed the pictures especially the one of the fountain. It looks like a postcard. Thanks for sharing your experiences.

Thank you so much, I'm glad you enjoyed them <3

Congratulations @phendx! You have completed the following achievement on the Hive blockchain And have been rewarded with New badge(s)

You're welcome @phendx! Have a nice day 😊👍

The view of the city is really beautiful, hopefully one day I will be destined to go there and meet good friends especially.

Oh sure!! I really hope you can come and visit, it's truly a wonderful and really welcoming city, you're going to love it!
Thank you so much for reading my post! :)