WE ARE STILL IN THE GREEN FOR Q4

@pouchon 77
about 1 month ago
LeoFinance 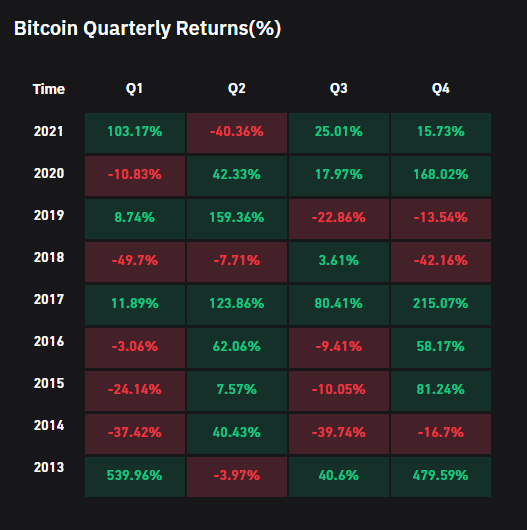 I think this picture meets the eyes a lot better if I go month to month. Hard to beat Q1 with 103%+. Last year Q4 was strong to propel us where we are right now. Crypto always find ways to shake us all up. As long you are not wasting your time in a daily battle with price you are doing really good. The optimism of the market is awesome to say the least. Things happen.

Lately on layer two in the Hive blockchain, things are shaking up for the better. Usually we use to Hive one place to interact with all the tribes tokens. These days you have multiple ways to verify and do your duty in the second layer.
I am not sure if Hive-engine itself is operational.
tribaldex.com is working fine. You can do almost everything you do in Hive-engine. I think it is an improved version of the old Hive-engine we accustomed to for years.

I found https://beeswap.dcity.io/. As you can see the team over #dcity runs this exchange for second layer. They have a token called #BXT you can hold and you get reward as Hive. Now things are getting more interesting if you participate by providing liquidity by going to swap.
Before I go further #tribaldex does offer a similar service but I can barely make sense of it. I find the one from #Beeswap easier to understand.

Providing liquidity and having everyone with the ability to participate is a deal breaker for the second layer. No more complaint to move token from right to left. As the months go by, it will be a lot easier for everyone to participate or use the system fluently.
Knowing the power behind HBD, I hope to see more use case in second layer of HBD that way we can put positive pressure on Hive price to appreciate.

I know we are early in December. No need to fuss much knowing it is a holiday month. Expectations should be at the lowest. It should not deter our effort to continue to hold. I admire these words from Mr. Saylor. He mentioned the company he run, got exposed to BTC at 500%. I am sure he knows something we do not know. Further to say most folks are exposed to crypto 5% or highest 20%. It shows the severity of the market. Anyone having focus elsewhere while crypto is growing, will miss big.

It is commendable to see most Hivers do not bulge with price falling. Like I said we are still in the green for Hive and the whole market. Long way to go.
Lately I am making sure I grab as much #LEO as I can knowing soon the price will jump like the last time. Hive itself is a land of opportunity. You have to look for it and take possession.
Keep crafting yourself.

@indiaunited 60
about 1 month ago

NAH!
Hive may never reach that price ever.
I Am saying never but reality is louder than my words.
Hive is so strong, $5 is the target.

Hey @lebah, here is a little bit of BEER from @pouchon for you. Enjoy it!

Let's be factual BTC was responsible for the dip, but hive is recovering. I actually hold some BXT and it's actually cool to earn hive in return. The market is still looking sharp, think we can still explode in January.

At first I did not know what BXT was.
I was tempting to sell since it is so valuable.
Actually I am buying knowing I am getting more Hive in return.

I will look into this BXT,
Thanks

I think it is a #dcity token.
Glad we can find other ways to earn Hive.

Hey @josediccus, here is a little bit of BEER from @pouchon for you. Enjoy it!

For me we are fine, although the price has dropped somewhat, we are still positive, as you say #Hive never ceases to amaze us and very soon we will rise above $ 2 again.

I have noticed that Hive Engine has been having issues quite often lately. You can use tribaldex and also LeoDex as alternatives if there are issues. How can Saylor have 500% exposure? I am pretty sure 100% is the highest unless you are implying they are using leverage/debt.

Yes you are right.
He used debt to purchase some of the bitcoin the company holds.
Thanks for underlying this statement.
That make him way bullish now.

I believe this is a definitive example of good debt, that used to purchase assets. Its risky and perhaps not for everyone. But I think he will be successful.

Hey @jfang003, here is a little bit of BEER from @pouchon for you. Enjoy it!

I am holding onto most of my Hive, except trading some for Leo. I have faith that Hive will eventually break 5$ as the community continues to grow and demand for resource credits increases. Now a liquidity pool like you are describing would really the icing on the cake to drive the price upward, depending on the overall tokenomics. These are exciting times indeed.

I knew of the service before the liquid pool and BXT
Now it is open to the public.
It is rewarding knowing we have tribaldex, beeswax and others exist for liquidity purposes.
That way when we need to move from or to Hive it will be seamless.

Thanks, there are so many opportunities here.
:)

Hey @shortsegments, here is a little bit of BEER from @pouchon for you. Enjoy it!