Leo Legends, Leo Ads and Project Blank : I am All in for Leo Power Up Day at 15 June PST.

Leo Legends, Leo Ads and Project Blank : I am All in for Leo Power Up Day at 15 June PST.

So as per announcement by @leogrowth a new initiative of the Leo Power up day is launched and first Leo power up day is to be happen at 15 June 2022 (PST). 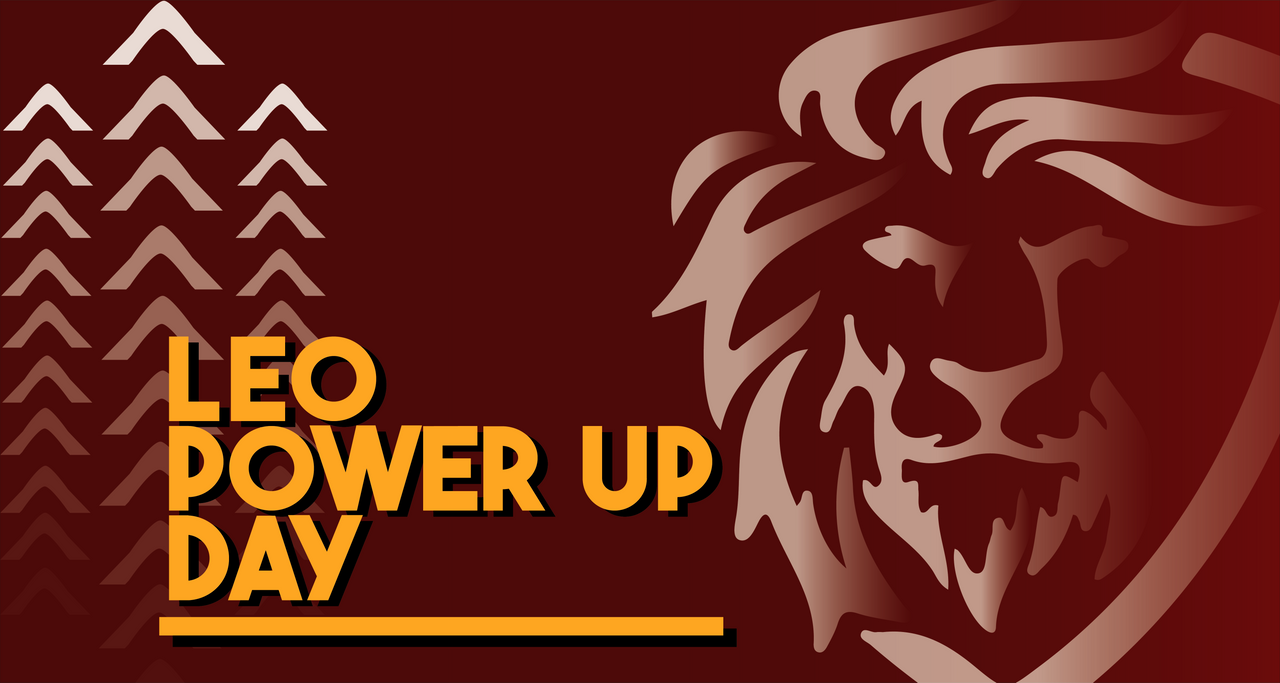 Leo Power up day has some juicy rewards for powering up but I am all in for Leo Powerup even I do not get any rewards for it. Leofinance team has started many projects in Hive that are beneficial to overall Hive ecosystem and Hive users and it also broadens the reach of Hive.
pHBD / pHive /pSPS in Polycub is a great initiative that will definitely bring some user to notice Hive and join in the Hive.
With all the platform and utilities in Hive like Hivestats.io, leodex.io , leopedia.io strengthen the Leofinance and Hive ecosystem.

Even without any LPUD prizes, I have went for my Leo power up as I am feeling that there is very "bullish" scope for Leo and I am looking forward for below 3 projects that can immensely bring value to Leo ecosystem and Leo tokens.

As announced by @khaleelkazi this is Play2Earn NFT Project and a nice play2earn game is really going to attract a nice amount of users to Leo and Hive. We have already seen how Splinterland's dis the massive growth in Play2earn space, bought so many users in Hive and it may be the clause of the Hive price pump too and the pump that Splinterland's token like DEC and SPT got is even greater then 10x. A nice play2earn from Leo team may give strong value and usecase to Leo token and ultimately it will reflect in price.

This is another mechanism that will keep generating revenue for Leo team daily and as calculated it can be as close to 10% extra APY for LEO power holder at current Leo price nd current Ad revenue. 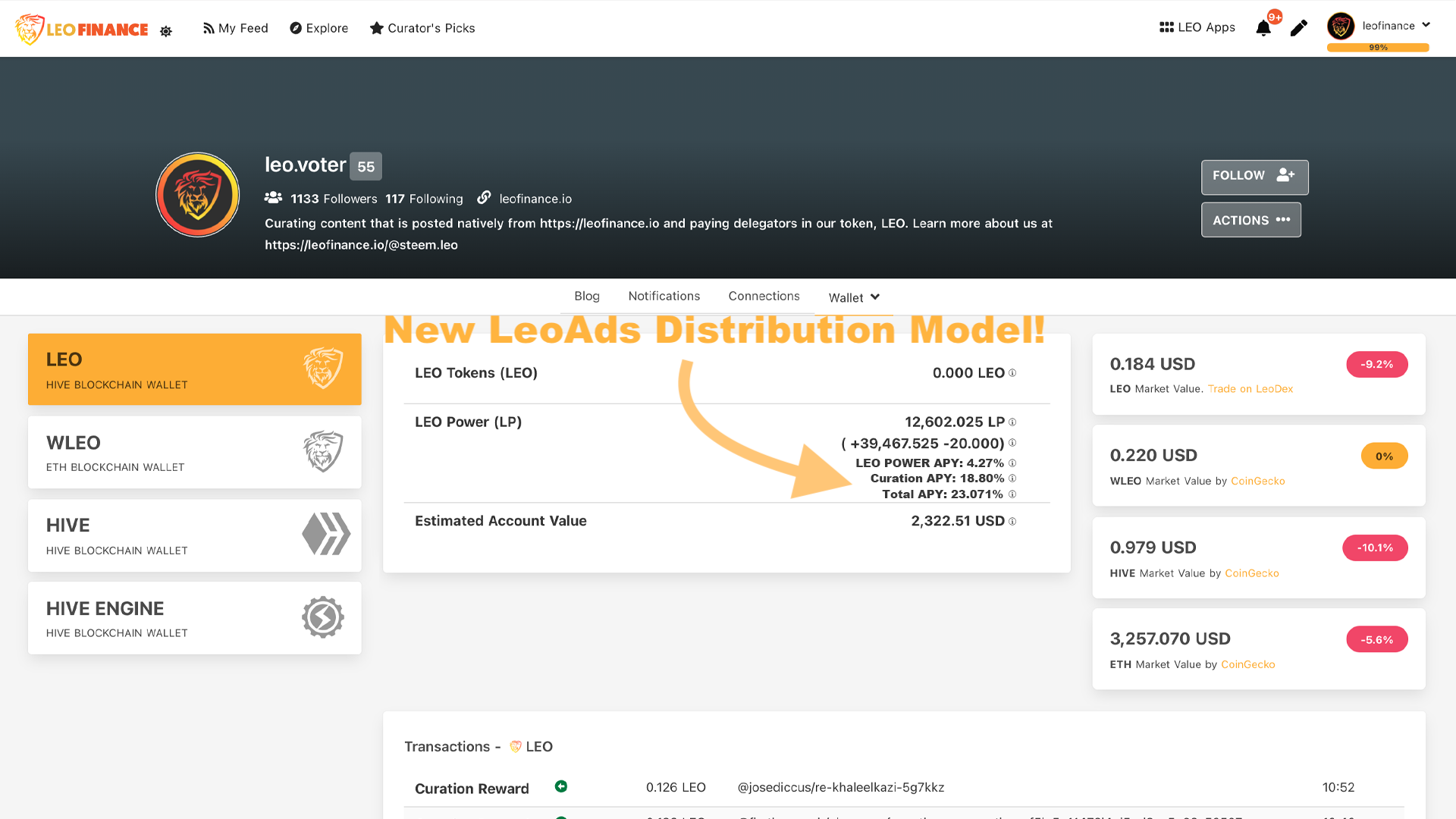 If Ad revenue continue to grow so it is supposed to grow APY but high APY will be taken care with appreciation of the token price. so in the end , I expect a bullish trend on the Leo token price and buying, earning and accumulating Leo at current price looks a good deal. How this leo ad Mechanics will work is explained in detail at here .

Project blank is aimed to lure the content creator who create the short form of content and this "bite" sizeable content has it's own big market. Though at current Project blank tokenomics is yet to be created but it is guaranteed that all Leo Power holders will get the airdrop. So more the Staked Leo , more will be the airdrop.
Actually Project Blank short form will supplement the Leofinance long form of content and create a strong value to overall leo ecosystem.

Exclusive posted from Leofinance interface and if you want to know more about
LeoFinance, then you can read about this platform at https://leopedia.io/faq/#what-is-leofinance

Amazing things in store for the Leo fam coming soon.

Yes, I am wondering that 20K Leo stake that cost around $1500 USD might turn into life changing sum and keep giving passive income.

I am looking forward to all of these projects.

A lot of good stuff in the works.

I am very happy that I committed to Leofinance and stuck with it.

Same here, I am also very happy to part of Leofinance ecosystem.

Khal is really going for a broad vision and mission and every connected chain and projects will give value to each other and make a very strong ecosystem.

Along with knowledge and access, users are also getting a chance to earn and build their own finances and path of financial freedom.

Happy to have you Task. Not sure where we would be without you, to be honest. You’ve been an avid support since the beginning 🦁

Excitement in the den keeps coming :) And the #LPUD is a day to remember hehe

Can't wait to power up some Leo on that day.

I wish you all the luck.

I like all the new features coming out but the most important question is Wen? I do think it could be game-changing and I will definite take part in LPUD.

Not worried much about when because LEO still give curation income. Whenever it happens it will help.

I am looking forward to all 3 as I have limited understanding of Defi, these projects go along with my interest.

Certainly seems like exciting times for LEO. I'm also going to try and join in with the power up, although 200 LEO each month is quite a lot for smaller hivers - will need to see how it goes
!ALIVE

Beat the Khal every week, you will be having 400 Leo per month. Many of the user are not even trying to beat Khal.

A little dedication will really help and this week I am also able to beat him. It is not easy but it is actually worth it.

I'm going to power up my Leo token. Its in hive-engine so I just need to stake it. I get confused, it's staked Leo for the contest, not power up. Is that different !

When you stake Leo, your Leo Power will go up (Power up).

So need to stake Leo.

I already fomo in purchasing 200 Leo. Now your this content just made me even more fomo into leo.

Roadmap look exciting , only question is about some "fixed" timeline. 200 Leo is too cheap currently to take a bet and keep increasing the stake.