Incase you haven’t noticed, the cub staking has been moved from the old to the new, this means that there are new cub staking option right now. I just decided to go check out my cub stake and realised that its been in my wallet, I guess the old contract has expired. A hiver brought the last @leofinance post to my attention and that explained why my cub was in my wallet instead of being staked.

I still have hope on the cub price has the team behind it are steady working hard to keep the sustainability goal going, the cub buy back and burn feature is great to keep the price stable and increase it overtime. Still needs patience and lots of demand from people to give it its true value. 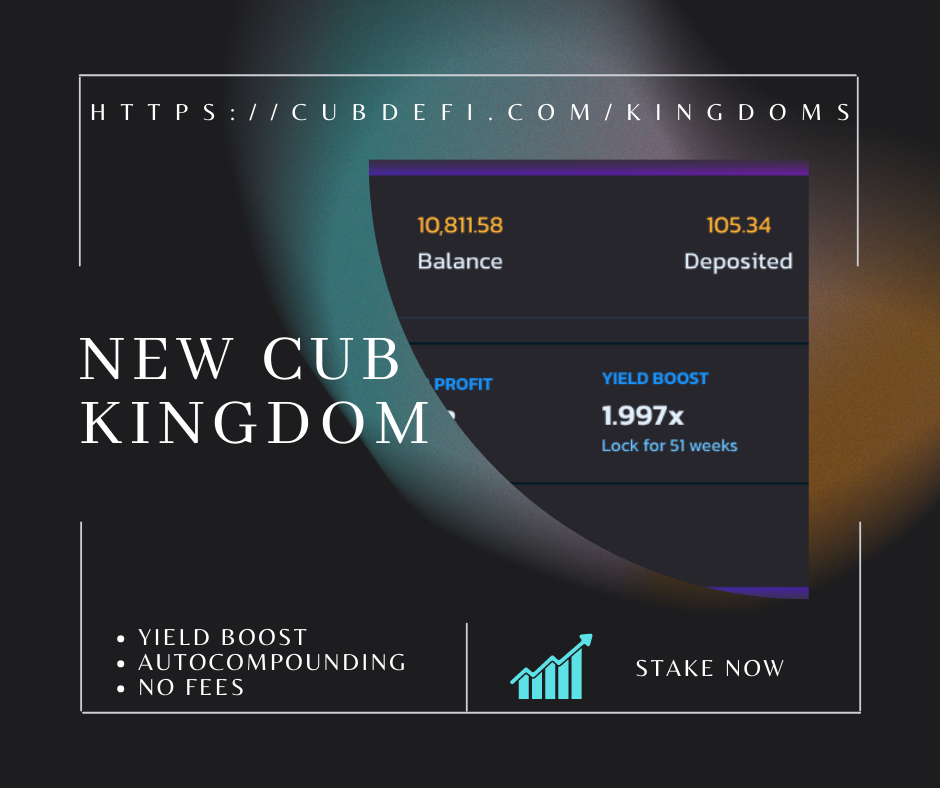