Winklevoss Twins Counter Their Arch Rival,Zuckerberg With A Decentralized Metaverse

Most people know the Winklevoss twins because of their case with the Facebook creator Mark Zuckerberg. My first knowledge of the twins was when I watched the 2010 movie call ”The Social Network”. They claimed they hired Mark Zuckerberg, who was a student of Harvard at that time alongside the Winklevoss twins, to build something that connects students in the school. I remember watching that movie in 2015 and it gave me the idea of how Facebook and the saga behind it was like. 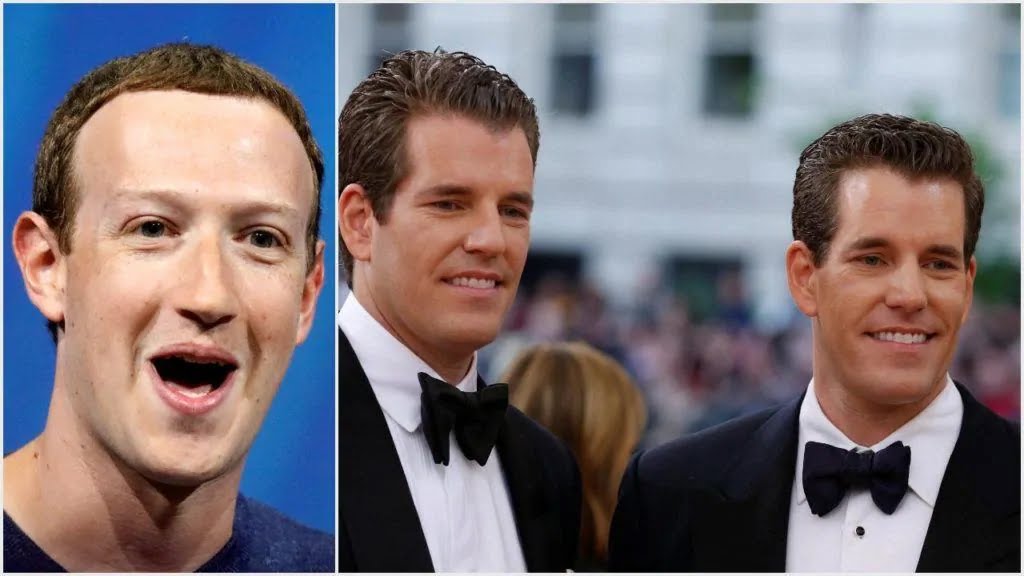 The twins sued Mark Zuckerberg and were settled for $65 Million. I think this sprung their fame and made them so popular. They were 2008 Olympics rowers that were studying in Harvard, but after the settlement they decided to invest $11 million from the money on bitcoin, owning what was estimated to be 1% of the total bitcoin supply. This purchase was made in 2011 and I guess it was one of the best decisions they made in their lives. They found a new passion and it was cryptocurrency, so creating an exchange(Gemini) was the best thing to do.

It’s great to see that the twins did something great for theirselves through cryptocurrencies instead of dwelling on the Facebook event. They have created a name for theirselves in the crypto space, but a recent decision from the twins seems like a competition between theirselves and their arch rival Mark Zuckerberg. Facebook, now Meta has shown its interest in the most obvious way possible on the metaverse, I mean it changed its name to Meta, and now Gemini is allocating $400 million in building a decentralized metaverse.

It’s seems like they are countering their arch rival’s motive by emphasizing on “Decentralized Metaverse “. While Meta is seeming like a fixated centralized metaverse platform, the winklevoss are creating a decentralized Gemini Metaverse. They used a phrase called the meat space during their interview. Apparently meat space is a meme description of our physical reality. They didn’t want their company, Gemini, to be limited solely on the meat space (our physical reality).

Personally when I got the news I felt it was a very nice idea, because it’s going to be a competition between centralized and decentralized. Facebook has the fame and people, some are unaware of the consequences of handing the metaverse to a centralized entity, but with a decentralized competition springing up and explaining the importance of decentralization, they may have a rethink.

The twins have been really invested in the metaverse, because early this year they bought some land space in the play to earn platform sandbox. This land plot was bought to be used to set up Gemini on the sandbox metaverse. The company is really focused on spreading Gemini across all metaverse.

People need to know and be aware of the difference between these metaverses before getting involved. In the centralized metaverse, freedom and right of choice is not and will never be an option. Most decisions will be solely taken by those in power. But the decentralized metaverse will have a huge amount of freedom and independence, with a lot of rights to protect their users. We can see gradual implementation from the creation of governance Tokens and its utility.

I like what the Twins are doing, if they can really pull it off, it will make a lot of sense, a decentralized meta will work for everybody. Let the competition begin...

Interesting. Funny how they were vilified after the movie but after the authors second book are championed. I believe a second movie is to come.

I don't believe the narrative with Facebook. My conspirator mind tells me its CIA. Regarding the metaverse it's too soon to battle between em when we don't even know exactly how these things will work.

Time will tell, I guess

Honestly, Up till now I've never heard of the Winklevoss brothers. I knew Zuckerberg got into a courtcase though. This decentralized Meta verse sounds interesting. Let's see how it will pan out

Yeah me too, with the help of the movie I knew who they are

Like it's seems to be an unending rivalry buy my question is, what's zuckberg gain in all these, he have made a name for himself what else does he want with a metaverse centralized biz what else, he should stop making the space of cryptocurrency chokky for others to strive

I guess his desire for more power and wealth is insatiable

We appreciate your time and enthusiasm for promoting Hive! @readthisplease

This is done with the support of #theycallmedan and the #threespeak team.
0
0
0.000
Reply

keep it up bro