Are we expecting Global recession?

The world is going through a different economic stage this time and some economists are calling it a recession situation. The pandemic effect is getting over it seems and the economy was started to recover but now in 2022, we are possibly going to be in a global economic slowdown. 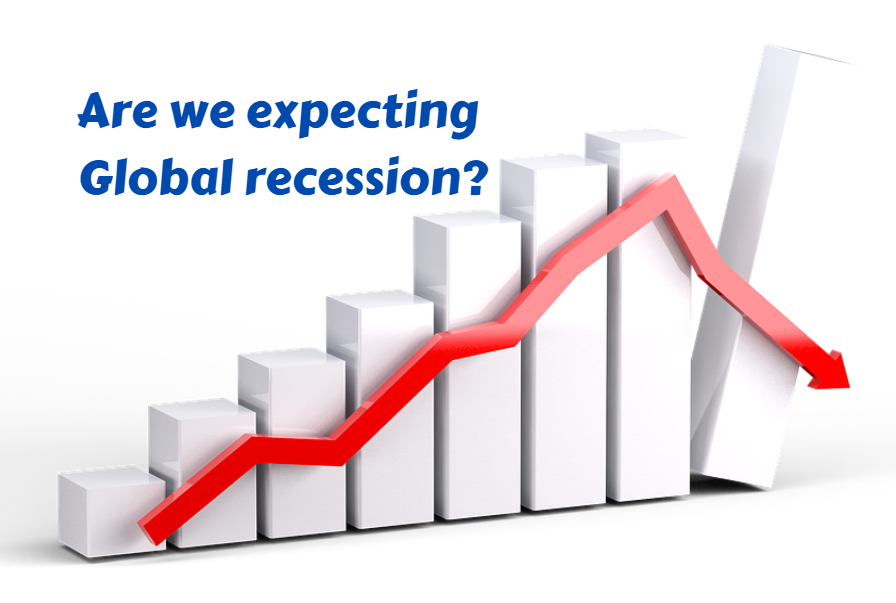 People on social media have started talking about the global recession and it seems the same situation as we can see the companies laying off their manpower globally. It may be part of the cause-cutting that companies follow when they see less revenue and more cost involve in the business. There have been many big names on the list including meta and Amazon who have already reduced their manpower by a big number. Twitter has also been on the list but it can be called the reason for the management change as Elon is trying to make Twitter something else.

The economic slowdown is not a good situation for anyone because this will affect business and later on it will also affect our pockets as we are going to see a reduction in revenue. During this period more people try not to spend more as they want to keep their funds for important things only. Many companies also either freeze hiring higher only when they feel their business must run. I was reading an article this weekend and got to know that the UK has declared that they are in a recession already but I could not find more about it on the internet.

The global market is also not doing well these days and because of this weekend expect the heat to encrypt the market because people might start selling Bitcoin to pay off their bills. If this is the situation of recession then I expect they will be many more incidents in the coming months where companies will reduce their cost which will affect the employment side. Even this will affect the crypto company that has employed thousands of people with them as the market is low and it might be difficult for them to operate with the same man force.

As of now, it is a kind of assumption that money companies are countries are talking about but it has not been confirmed however you think continues to happen the same way then probably we can see it happening in the next couple of months that is going to be in the next year probably. If we assume that we are going to be an incessant time then I think now is a good time to save money and cut unnecessary expenses. Let's see how things get unfolded in the coming months and how the global economy is going to be affected by the slow down if any.

Thank you so much
Stay Safe

Everyone is talking about the recession and by observing our current situation, we can say that there's a big thing coming. Probably it will break the economic structure, will slow down growth, and make us lose jobs/income.
We are already affected, the impact will be triple this time.