Battle-Hive is underway. (What is Battle-HIVE?) The Hive version of Battle-Ship. Sink my ships and earn HIVE Prizes. To find out more and/or to participate click the following link: https://hive.blog/hive-167922/@rentmoney/battle-hive-win-free-starter-packs. So far 4/6 of my ships have been sunk. Two ships with prizes in them remain. All entries must be in the official Battle-Hive post previously linked.

@arkasz was nice enough to share their Hit/Miss board with everyone in the official Battle-Hive post. I have screenshotted it below for any interested party. I'll be sending Arkasz a HBI share once the Battle-Hive game is over as a thanks. 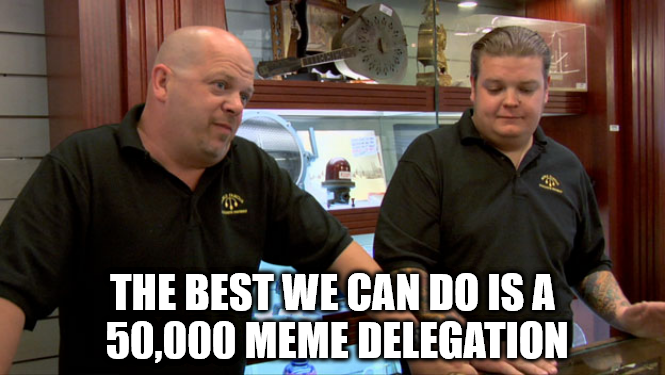 Hiveme.me is a frontend that is used to access the Hive Blockchain. Creating and curating content on Hiveme.me allows users to earn the frontends native token known as MEME. One can also earn the HIVE Blockchains native tokens (HIVE/HBD) while curating and creating content on Hiveme.me. The Hiveme.me frontend allows for NFT creation and has an onsite market in which you can trade your NFT creations. Visit the official Site Here: https://www.hiveme.me/@rentmoney/

We have some MEME to burn. The first ever MEME burn post was a smashing success and we intend on creating another in the upcoming days. At which time we will burn the authors share of MEME the first post earned. A new Free HBD giveaway post will be posted in just days but for now there is still one actively ongoing Click here to participate. Some Splinterlands and Play2Earn content will be mixed in with the aforementioned upcoming posts. Giveaways, oh yes there will be giveaways. If any of this interest you smash that follow button so you don't miss out on our future posts.

Count me in, @rimurutempest 🤞
Good luck to everyone! 🍀

Hi, count me in for the meme delegation contest again please @hoosie
And many thanks indeed for the last one - it was great !!!!
!LOLZ


My Uncle used to work in a circus as a human cannonball.
They eventually fired him.
Credit: reddit
@rentmoney, I sent you an $LOLZ on behalf of @hoosie


What happened when the cows escaped from the paddock?
Udder Chaos!
Credit: reddit
@rentmoney, I sent you an $LOLZ on behalf of @imno Thank you, love this game :) Trying to survive this downturn but Hoping to keep growing MEME. Count me in\


Why does Waldo wear a striped shirt?
He doesn’t want to be spotted.
Credit: reddit
@rentmoney, I sent you an $LOLZ on behalf of @memehive

Congratulations @rentmoney! You have completed the following achievement on the Hive blockchain and have been rewarded with new badge(s): Please count me in for the MEME delegation 🤡
@chapelle
!Gif !LOLZ !MEME
!PIZZA


How often should you tell chemistry jokes?
Periodically.
Credit: reddit
@rentmoney, I sent you an $LOLZ on behalf of @serhotest Count me in please, thank you