Back to the past

Today I am here with a very great story for you, although the story is ghostly, I am sharing it with you, I hope you will like it very much.

Back to the past 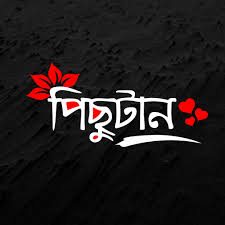 Suddenly two deaths in a row in the house, two died in the night two died. However, after their bodies were found in the morning, one thing they had in common was that both their bodies had turned pale.

Both of them have a look of panic in their eyes, they seem to be very scared. Some of the flesh from the neck of both of them seems to have been eaten by someone. They seem to have no blood on their bodies. Someone has eaten the entire blood from their bodies. But the most surprising thing is that somewhere on the floor or around the room Everyone in the house is very surprised to see that there is no quota of blood.

Mr. Rafiq was very surprised to see such a mysterious death in his house. The people of the neighboring houses were very surprised. The mystery of that death was gnawing in their heads again and again. How two people died in two nights in the same way.

I have to solve this problem, Mr. Rafiq is thinking sitting on the chair, but how to solve this problem, he cannot find anything. There were two other workers in the house, they also stopped coming to work. They were very scared after hearing the news of the death of these two and this To see the bodies of the two,

Rafiq Saheb suddenly woke up after hearing Sumna's screams. Without thinking about anything else, he ran to Sumna's room. He went to see Sumna lying on the bed and her body was crawling. He didn't understand anything and asked Sumna what happened to you.

Sumna cut a lot and started saying look my stomach is hurting so much I can't bear it please do something for me.

Rafiq Saheb asked Sumana in a panic, is your stomach aching?

Sumna cries and says I can't bear what you do so quickly.

It is better to say that Rafiq Saheb's wife Sumana is pregnant.

Mr. Rafiq was very nervous, he began to think that the doctor is checking and saying that there are eight more days left for his delivery, but why did he have such a stomach ache 8 days ago, Mr. Rafiq took Sumana to the hospital without thinking.

The doctor took Sumana for examination. Sitting in Rafiq Sahib's chair, he started thinking that nothing will happen to Sumana, but her due date is 8 days later. Rafiq Sahib broke down while thinking about this.

Suddenly the doctor called Mr. Rafiq and then he said you come to my room. Mr. Rafiq went to the doctor's room without thinking.

Being very curious, Suman asked the doctor if nothing else happened, is he fine and why did he suddenly have this problem.

Doctor doesn't understand what to say Doctor says look Rafiq sir we have done many tests are you ready to hear what came in the test report.

Rafiq Saheb got very scared after hearing such words of the doctor and said to the doctor see Doctor Saheb don't say that if something happens to Sumna then who will I live with.

The doctor said with a trembling voice to Rafiq, are you ready to listen to what I want to say to you now?

Rafiq Sahib could not understand anything and said to the doctor, I am ready to listen to whatever you say.

This was my story for today. I hope to come tomorrow with the rest of the story. Until then, I wish you all to be well and healthy. I leave here today. Assalamualaikum Warahmatullahi Wabarakatuh.