Something Surprising Happened In Tonight's HiveChess Tournament - A Hivechess Story

Today was the final round of the Hive chess candidates tournament organized by @stayoutoftherz. Unlike the previous seasons, This competition is different as the participants got to play each other twice.

I haven't been able to create content as I normally do, however, I'm writing tonight because something surprising happened.

In the reversed fixture I picked up 3 points out of 5. surprisingly, tonight I picked up 4½ (which could have been more).

Before the tournament started, I was watching the famous Deepblue vs Kasparov Match up. I was fascinated by the computer's knight sacrifice. I love making sacrifices especially against caro-khan. So I enjoyed it.

I haven't even finished the video when I realized it was time for Hive chess.

I knew he plays the Caro-Khan, so I was hoping to have that Kasparov's position. I was disappointed when my opponent played 5.h6 sending me backwards.

I was hoping for that position. I didn't get it.

The game was even for a while till I somehow found a breakthrough. You can see the full game below.

I was white again against another player that loves the Caro-Khan defense. I wasn't sure if he would play into that position, neither was I sure if I had the mind to sacrifice against a player that i seldom win against.

But he did and I also did sacrifice. Let's take a look at the game. I already assembled all I needed and was waiting for h6. When it came, I had my doubts. But oh well, what's the worse that can happen? Lose to someone i always lose to. Now when I look at it, I see a tiny difference. I already have my Queen on e2 and black has a bishop on d6 Now, I felt happy because he has a king that doesn't look safe. All I needed to do was open spaces around the king. After this pawn sacrifice, I already saw a way to get an advantage. Ne5+ looked really good. So I prepared it. It feels really good to get this kind of win against a very strong player. I almost got another against @sawko, but I fumbled the game to a draw.

Tell me, what do you think? Why do people play Caro-Khan despite the many tricks for white?

Because Caro-Cann is a very solid defence, if you know what NOT to do :)

Yes, I know it is. However, the Sicilian defense offers more fighting chances.

@stayoutoftherz , I've never seen you play anything other than the Caro-Khan defense.

Because I am too lazy to study all the pitfalls with e.g. Silician. I am not a fan of opening theory.

You can experiment anything, you just might find yourself a pet line. !PIZZA !LUV

It's a practical decision for a blitz game, but the sac is wrong theoretically speaking. It only works when black plays an early ...h6, as Kasparov did. Now, 8... h6, as in our game, is the top move and 9. Nxe6 should not work anymore. Of course, I forgot about the theory and messed up, hence the so-called practical decision.

BTW, check out the diagrams. We never had this position you mentioned. 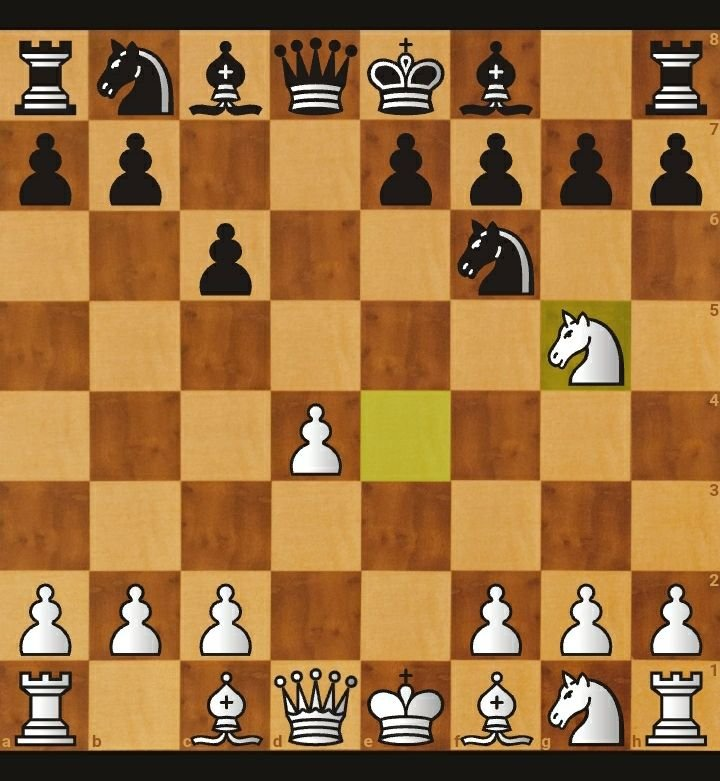 I don't know theory. I only saw it today. I guess I got really lucky. I'm going to try it again anyway.

Thanks for spotting my mistake. Corrected the diagram.