My advice to a new player of splinterlands. Do you agree? So, a few days ago, @riazud asked me and I answered him to the best of my ability. I will write it down here so that if it is of help to others, it will be cool.

First of all, I would advise you to buy the lowest reward cards price because it can always increase in price later on
Next, I will ask you to wait till December till chaos is released to buy the cards that are dumped in the market.

Level it up and slowly raise your collection power
that's how I did it
for about a year or so, I was in bronze and silver
then wrote a lot of sl posts, raised money, and invested back in cards
I used to listen to xawi and follow her advice (still do)

Back then sl talks were a daily thing on Neoxian chat and it helped so much.
also, card prices were comparatively lower
anyways

Before this update came about, it was a battle of bots and many of the leagues used to be dominated by the bots that played dailies, grabbed cards, dumped those cards, bought better ones, and again made it to the top spots.

So, these bots had one or two maxed splinter decks and dominated the league. I do appreciate that the bots played so well but finally, it did get on most people's nerves and the team decided to introduce the collection power update.

I remember some players who found it easy to climb up the ladder because battling bots was easier gave up and left the game altogether. How wrong they were.
Always remember to give one more shot before giving up in despair.

So, back to tips

Select a time to start your quest - do not pick a time when you are going to bed. You tend to drop off to sleep and surrender.

Make sure you have cards meant for the particular quest otherwise you can either refresh to get a new quest or rent for a day or two.

Neutral cards are good for all splinters. So, make sure you have a neutral sneak, snipe, opportunity in your deck.

If you lose more than three in a row, get up and go and refresh your mind before playing. Also, think about why you lost and try a different method. Use other splinters in between the game to distract the opponent. Using the same splinter makes it easier for the opponent to guess your gameplay.

Visit your card section daily and go through all cards and decide which ones to level up and if possible, buy one card daily with your DEC

Having a good collection power also earns you more SPS. Also, it increases your chances of winning.

Start writing splinterlands posts and include your referral link. Who knows, it could be read by a total stranger to Hive and splinterlands.

Once you feel confident about rising up to the next league, try to do so by renting monsters that have the power.

Giving below a few snapshots of the leagues. 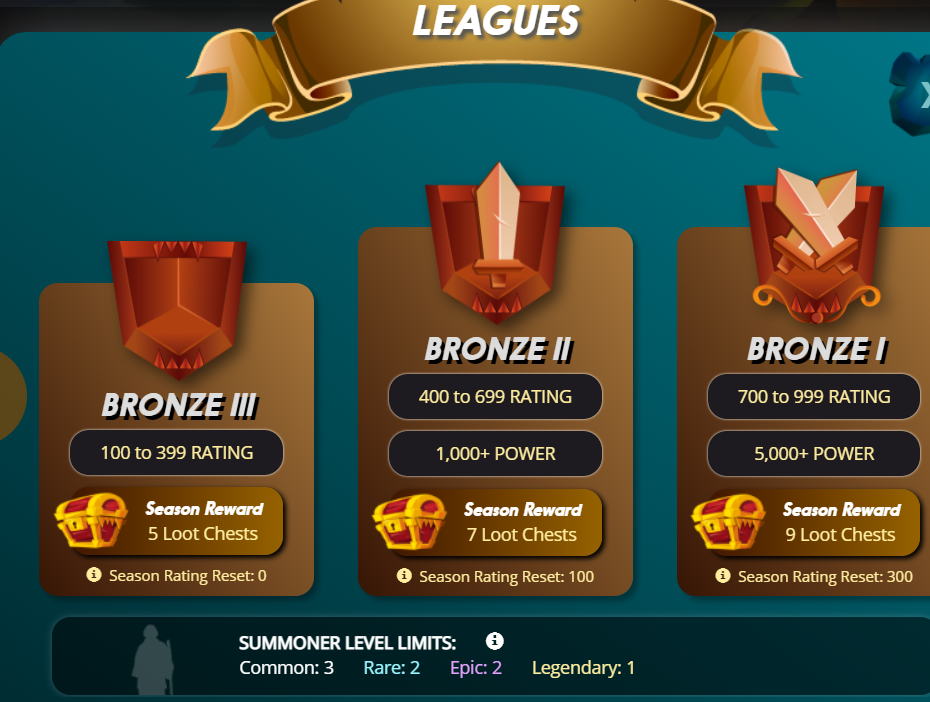 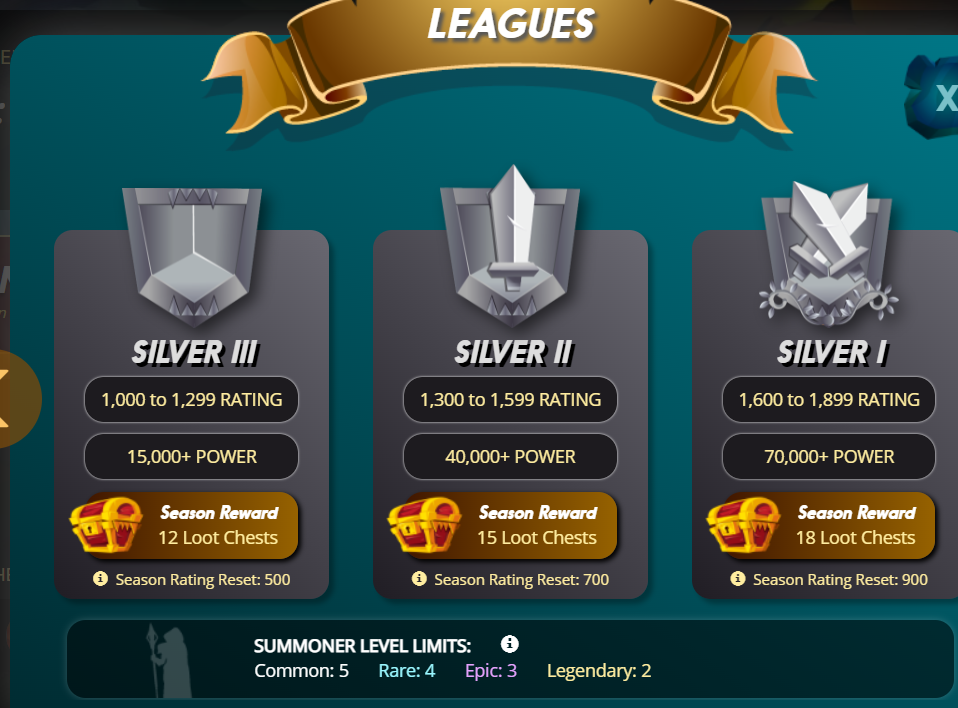 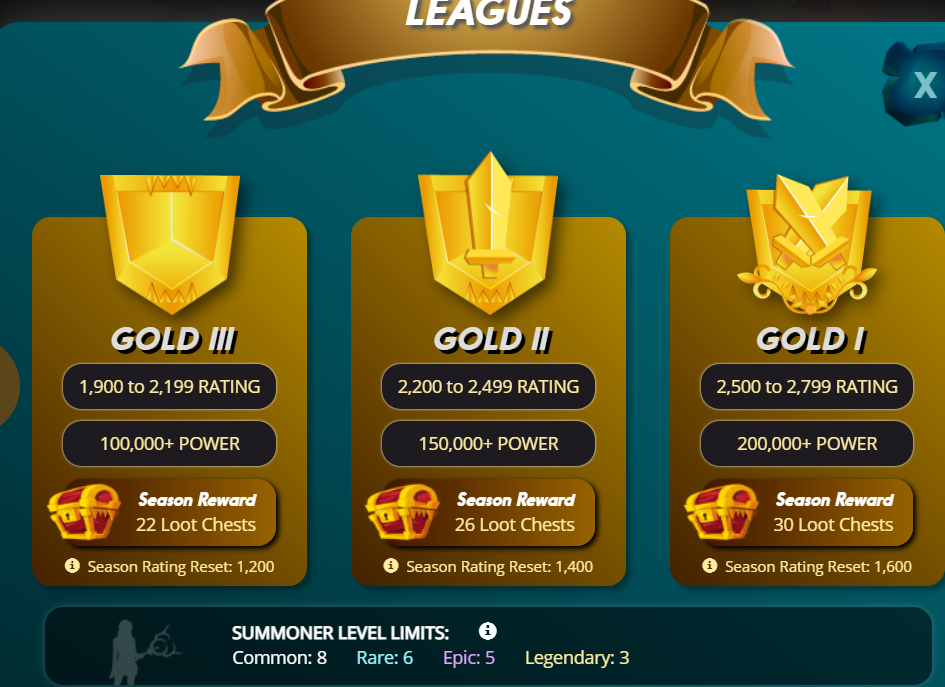 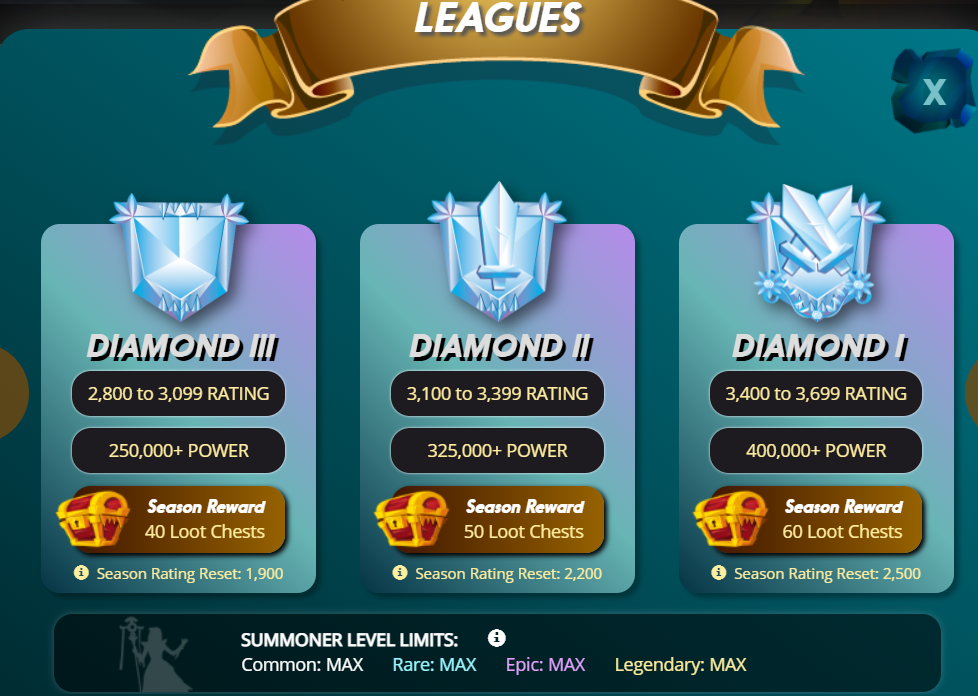 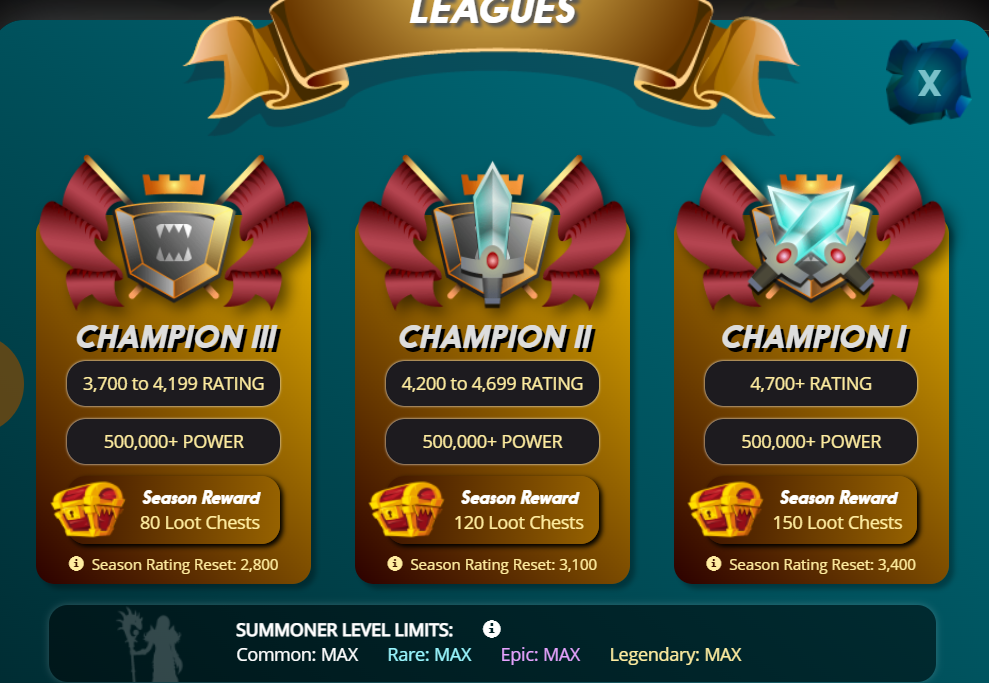 So, I hope the above images can help give you an outlook on the power requirements of each league.

Are you new to splinterlands? Sign up here and enjoy the game

Splinterlands makes it easy to earn on a daily .

I am wondering how much our deck value can go down and rental value go down. It is good that new player should wait until CL packs are available from store. (curated by r1s2g3)
Your post has been manually curated by @monster-curator Team!

This site has been extremely helpful for me. Nice post about to how get started for new players. I just started this week and am excited to learn more about the game.

Amazing advice. I don't even think of watching other people battle because my mentality is "Why would I watch people play when I could just play a game" and I need to change that mindset. Collecting cards also sounds good and I am going to start implementing that to help get past bronze league. Informative post and thank you for sharing!

Great advice. And you should also add one more thing. Get them to come onto Hive to read all the SPL articles available. Lots of new players join the game, maybe the SPL Discord, but do not come onto Hive which has all this tips on how to play, strategies etc....

Haha your strat is almost similar to trading, if you lose don't be carried away by your emotions but you have to think why you lost and improve from that! Excellent thinking. :)

Thank you momma, your advice is helpful to me. Am going to take them.

Excellent post my friend as always!! One of the best advices is to avoid tilt and try to enjoy every match. Some times the nerves to open new chests and acquiring new cards may make you take bad decisions in matches. Take care!