Taking from the Poor - Giving the to Rich

Emotions run high when livelihoods are at risk. For instance, when a city loses power, there is only so much time to pass before society loses grip upon its citizens. Take New York City's blackout in 1977 as an example. The blackout, coupled with crimes, economic issues, and the Son of Sam Murders set NYC upon a powderkeg leading to over 1000 fires in a 25 hour period.

We can say something similar for the neverending frustration between the moguls on Wall Street and everyone else. Fortunes, businesses, and governments hang upon the whim of the trader. Every so often, though, the masses rise to protect one of their own. In this case, it was a little known sub-Reddit named Wall Street Bets. 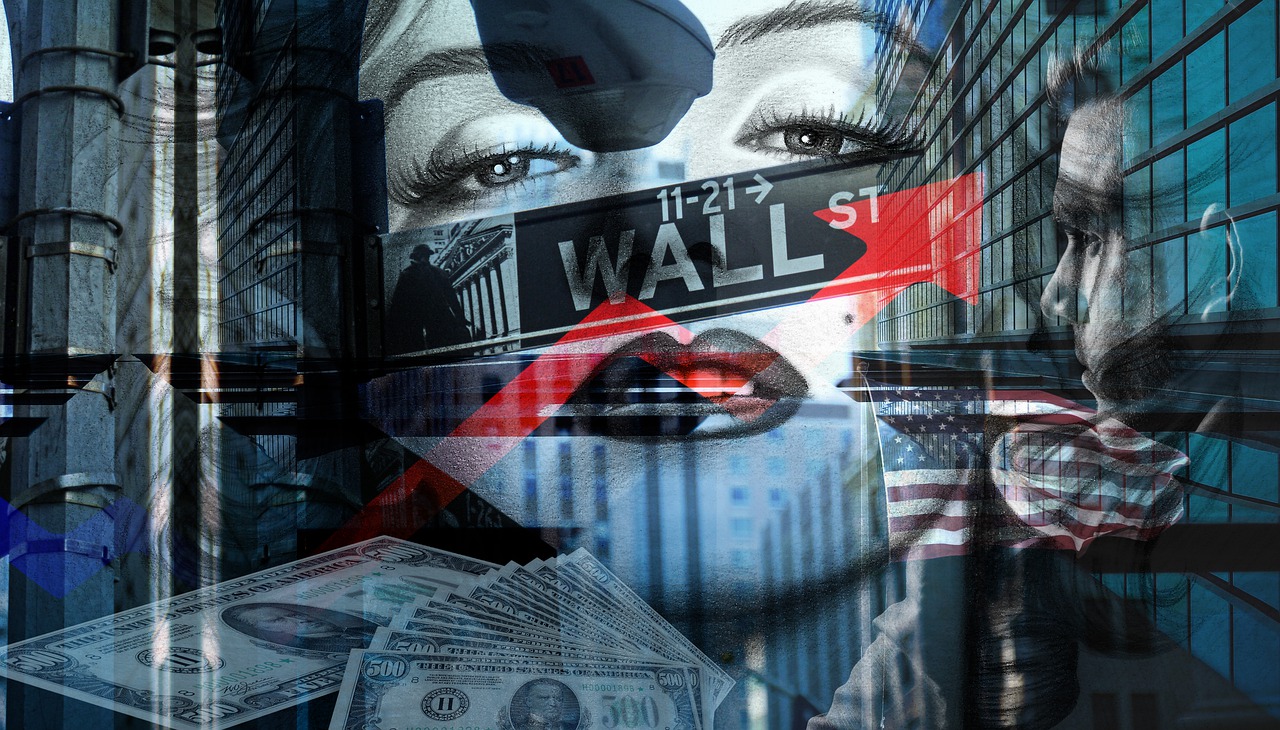 Welcome fellow Hivians and Lions to our next discussion on finance. Today we'll be covering Game Stop. You must have heard the news at this point. It's not a topic that I could miss exploring.

On the one hand, you have Wall Street. On the other, Game Stop and those who acted to bring it out of its near collapse. In the middle, you have the hedge funds and trading apps hoping to make a dime, or 690 million dimes, during the trades.

And the determined users of Reddit were successful, at least for a while, despite actions by platforms like Robinhood. Only time will tell if WSB continues to be successful. WSB is also pursuing additional Melvin Capital short-sells too.

What I know of legality and short-sells or short-squeezes is the key notion of accountability. You must be accountable for your action on short-sells, for instance. The requirement is that you, at least, disclosed it either once or before you make a bet. I'm not sure of the specific requirement. Melvin Capital certainly disclosed his wagers.

Interestingly enough, so did WSB on their short squeeze. No one denied anything. No-one stopped talking about it on the forums. All of their trades were on the open market.

I imagine this event will be heavily analyzed by the SEC. I don't know that the SEC can condemn WSB without condemning the immoral, yet legal, short-sell. I doubt anybody who would have profited from Game Stop's short-sell would have bothered to help the company.

Imagine the state of our society if, instead of betting on failure, we would be on the success of something.

Robinhood is a smartphone trading app that was launched in April of 2013. It reported earnings in the second quarter of 2020 of $180 million. Users are granted an unlimited number of trades for free. How then does Robinhood make its money?

One way Robinhood makes money is by routing trades through Citadel Securities LLC. Citadel pays Robinhood several-fold more than Charles Schwab and TD Ameritrade. Then you have other fees such as foreign exchange, utilizing a premium account, or even speaking with a professional trader.

Conflict with the SEC

Robinhood paid a $65 million fine the SEC for misleading its customers in how it made money between 2015 through 2018. The SEC held that Robinhood lost its customers about $34 million due to its deceptions. Specifically, the SEC reported that Robinhood did not disclose to its customers that its dealings with Citadel led users to have higher fees without their knowledge.

At some time on January 28, 2021, Robinhood announced to its users that it would only allow for sales of Game Stop stock along with a few others. Their action sparked an outcry about the machinations and manipulations of Wall Street. Robinhood cited, among other things, market volatility and circuit breakers that prompted them to act.

Robinhood's actions give us the same feeling as the 2008 market collapse. Those that took advantage of the crisis didn't have to pay. We did. I'm glad I never utilized Robinhood, but that is just my opinion.

GameStop shares dropped 60% of its value after Robinhood banned purchases.

Thank you for joining me on yet another Leo-related article. As always, thank you for reading and following on throughout my Hive journey.

Special thanks go out to @the-bitcoin-dood for his fascinating article entitled, Just Got a Lovely Letter From Robinhood. It was an inspiration.

The nerve of that company. If they had hired someone from @LeoFinance to explain things properly, perhaps the world would be peeved and not outraged. Well, actually, the writer would probably have told them not to do it.

Thank you for the compliment. Such a nice thing to say.

I'm sure the SEC, regulators and others will be taking a long hard look at this.

Ironic, really, because it's OK for the likes of giant companies like WalMart to force thousands of small businesses to shut down, but when the small guys push back and effectively threatens the giants, it suddenly becomes... illegal.

It’s sad too since every article I read mentioned the legality of what WSB did, but didn’t touch on the morality or legality of practices by Melvin Capitol or Robinhood.

I could see now how Wall Steet and the media would deem WSB's actions as illegal. Of course, I feel those viewpoints are hypocritical. The small guys did push back. In this case, they won and they deserve to cherish it.

Unless the full scope of corruption within the system comes to bear, nothing will happen to WSB. They neither hid nor lied about their actions. I feel their behaviors were akin to that of Wall Streets. Both actions in my mind were legally performed.

Big guys always find a way to get away from what they did. Looks like there is an invisible force to hide their action. It's the little guys, they always blame and hold responsible.

That Robin Hood can be the importation to a great blog and info to is all.
“ If they had hired someone from @LeoFinance to explain things properly, perhaps the world would be peeved and not outraged. Well, actually,” ...... haha I wish this great writer and terminal friend a great weekend

I like to be a positive person. I look at these events and think about how great it is to see masses realizing they have issues with the existing systems. It's time for DEX and DeFi to go pitch themselves to these customers.

I fancy your outlook on the matter. I hope this event shows the more promising avenues you mention

There's a sunrise after every night. Good things will come 👍

True. A ray of hope in an otherwise dark day means an end to most failures.

There are manipulations, pump, and dump. Because of this, people who lost their money, they know how it affects their lives and their families. This happens in spite of having regulations. People move to cryptos for a reason.

Thank you @scholaris for sharing and representing everything in a nice way!

Thank you very much for the response and the compliment. I've read about successes and failures about people betting it all. Perhaps, I'll write about it in another post. The only time I can't write is after final coursework.

Cryptos are a good place to go and especially so in a community like @LeoFinance.

It's great that they slaughtered the hedge funds I just wished they had a bit more of a discussion with the type of investors and traders who are new and fomo in. Keep in mind it just wasn't hedge funds that lost money, I'm sure there were people who got in and sold off with heavy losses as well. I mean I would like to say that I'm not a perfect investor and trader myself I miss out on some things that are bullish because of this but that didn't end well. I hope they can hold on and gain but there's no telling what could happen too.

My guess is that they were never able to hold on that long. I believe holding the stock high was never part of their plan. Their intent was to crash a Wall Street Investment fund that bet on the failure of a business. They succeeded and didn't care about the collateral damage. They focused on the biggest player, namely Melvin Capital.

I never believed in short selling and I'm glad for the hypocrisy that they revealed.

I'm not a perfect investor either, however. I feel, though, we are learning. I'm just learning at a really slow pace. I don't want to fall into any traps if you know what I mean.

I am open to saying Those in Power and in charge of the Narrative are running a world that they are behind the times by 40 years. We have 70--80 year plus Tyrants pulling strings and creating such a mind blowing hokey narrative on every subject mainstream, The people are far more mentally advanced especially the millenials and younger than the .0001% in charge. The Elite need to retire and turn it over to a younger generation of tyrants immediately, maybe the fictitious narratives will make sense and we can go back to living in the matrix chasing that fictitious American Dream

Thank you for responding. I have to agree with you. There appears to be a repeatable pattern along with the history I've observed.

They won't retire, though. I imagine that they've spent so much vast time and fortune into their plans that chaos is just a convenience in their equation.